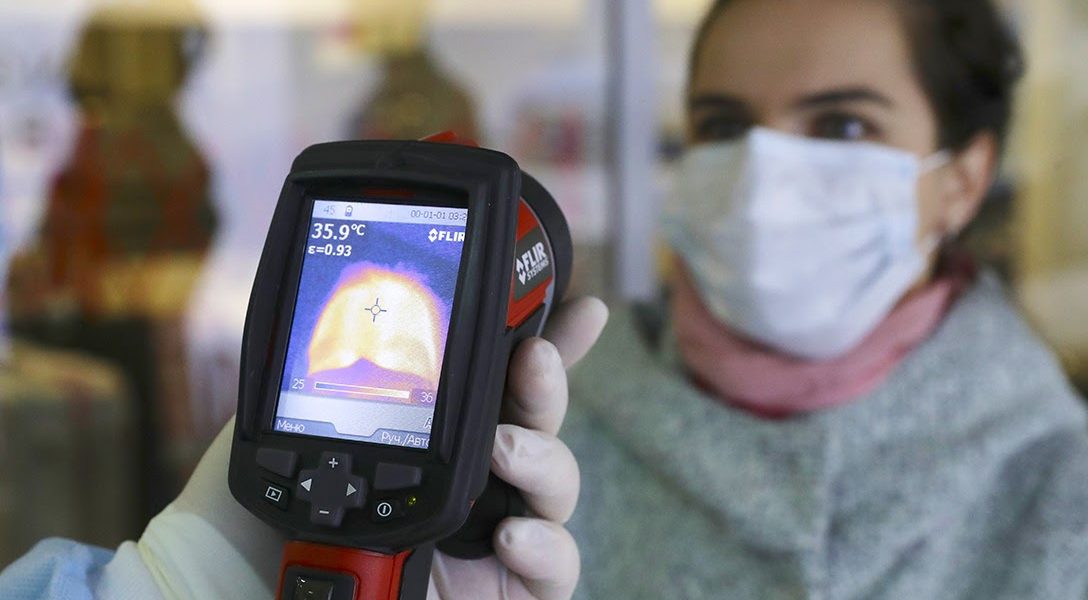 This Week in Pandemic: Fighting the Coronavirus With Santa’s Own Tech

It was good news when Anthony Fauci told us all that Santa had been vaccinated and was good to go. With remote sensing technologies at his disposal, he can now not only tell if you have been bad or good, but also if your oxygen levels and temperature are what they should be.

Apparently, Santa can also upgrade his sleigh this year to be a “smart vehicle,” similar to something a team of Algerian, Korean, and Italian researchers are up to. They’re beta-testing an idea aimed at detecting respiratory viral diseases by collecting real‐time body temperature and breathing-rate measurements of people he passes on his route around the world.

The idea relies on the Internet of Things: it’ll enable smart vehicles to connect to the internet via 5G networks and collect data from the surroundings, including pedestrians. The smart car is equipped with a thermal camera for checking body temperature and for calculating the breathing rate of pedestrians on the street. If it all works, the information can be used to recognize geographic areas affected by possible COVID‐19 cases so that proactive preventive strategies can be taken to limit the spread of viruses like SARS-CoV-2.

Such remote sensing cameras are already in use. South Australian engineers have developed a system to measure breathing rate from a webcam video of a person’s face, while also measuring core temperature using a thermal camera. Those concerned about how Santa can monitor your actions might feel similar apprehension at how this data will be collected, stored, and used.

But as hip as Santa is, technology has already left him behind. With new and emerging technologies, COVID-19 can be monitored not just locally, but also from miles above the earth.  China is using its BeiDou Navigation Satellite System to help control COVID-19 from space. The system has been used to track patients, monitor cargo transportation, and assign a global navigation satellite system (GNSS) of autonomous drones for large-scale disinfection. In this 2-part series (part 1, part 2), researcher Yue Yuan “examines the role of satellite technologies in detecting and monitoring the ongoing outbreak of the Coronavirus — also known as COVID-19 — and their wider role in national and global public health.”

This holiday season, the skies are busy.