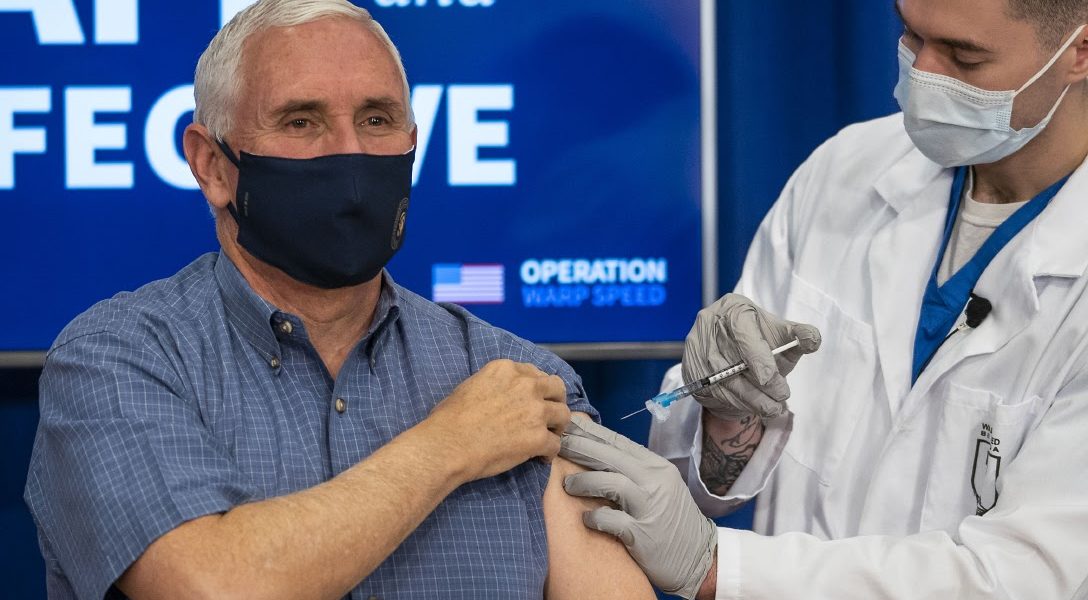 Taking Darwinism Out of the COVID-19 Herd Immunity Conversation

In March, when COVID-19 was becoming a lived reality with infections skyrocketing and society imploding, a kind of “survival of the fittest” mentality began to circulate in political circles and through online discourse.

Without a full understanding of the historical record of infectious diseases, some world leaders landed on what they thought might be a brilliant strategy for dealing with the virus: do nothing at all. Let the virus run its course, went the thinking, and wait for natural immunity to develop in the population.

During a February press conference, President Donald Trump infamously claimed that “one day — it’s like a miracle — it will disappear.” In March, Swedish epidemiologist Anders Tegnell openly questioned whether a higher number of deaths might be an acceptable way to achieve herd immunity faster. And in April, the British Government admitted that herd immunity through mass infection was “part of the plan,” with many Britons expected to die from COVID-19 infections as the country waited for the virus to play out on its own.

This view of herd immunity is simply not supported by the science, says Scripps Research Institute immunologist Kristian Andersen. “We have to face reality,” Andersen said in an interview with Nature. “Never before have we reached herd immunity via natural infection with a novel virus, and SARS-CoV-2 is unfortunately no different.”

Rather, Andersen and other scientists have argued that “vaccination is the only ethical path to herd immunity.” (Even Sweden’s Tegnell reneged on his earlier opinion and admitted the “wait and see” approach is neither “ethical nor otherwise justifiable.”)

“We have to weigh the possibility of what sounds like very rare adverse events and side effects against the fact that we’re coming upon 300,000 deaths in the United States alone.”

Contrary to what some leaders have espoused this year, herd immunity does not mean submitting to the purge.

Essentially, herd immunity occurs when the spread of a virus is highly reduced because it continues to make contact with people who are protected through vaccination or previous infection. Once a large enough proportion of the population is protected, so is everyone else. As Harvard epidemiologist Caroline Buckee explains, “You don’t need everyone in the population to be immune — you just need enough people to be immune.”

Herd protection by vaccination is a strategy that was first developed by Edward Jenner in 1796 to counter the spread of smallpox. Since then, vaccines against polio, measles, mumps, the annual flu, and numerous other diseases have been developed and put into use to protect the population.

Now that multiple vaccines are being distributed or in the pipeline, the meaning of “herd immunity” has shifted. Vaccine-based immunity doesn’t mean accepting that your grandmother must be sacrificed for humanity.

But as George Daley, dean of Harvard Medical School, explained in the Harvard Medical School-led Massachusetts Consortium on Pathogen Readiness (MassCPR) online public briefing earlier this month, “Achieving herd immunity is predicated on vaccine acceptance and uptake. Even the most effective vaccine is only as good as the number of people willing to take it.” It is estimated that 70 percent of the population will likely need to receive the COVID-19 vaccine (or maintain antibodies from past infection) to achieve herd protection from this virus. If this threshold is reached, those in the community who cannot have vaccines for other medical reasons would be protected by everyone else.

So, the question is: how many people will accept and take the COVID-19 jab? Even discounting widespread conspiracy theories about vaccines, discredited scientific journal articles, or objections based solely on individual rights, there are some genuine concerns over the trustworthiness of the vaccine that may impede reaching the goal of vaccine-driven herd immunity.

Has the Vaccine Been Vetted Enough?

The speed at which the COVID-19 vaccines have been developed has cast a shadow of doubt on whether the vaccines have gone through enough checks and balances before approval for widespread use. Even the scientific community is amazed at the feat of creating several viable vaccine options within a year of a novel virus surfacing, a process that Daley acknowledges often takes three to nine years. However, during the MassCPR online public briefing, former FDA Commissioner Margaret Hamburg claims the Emergency Use Authorization (EUA) is not very different from the ordinary approval process in terms of scientific rigor; it is “a legal regulatory mechanism that enables the vaccine to move out more swiftly, likely to be followed by a formal application process.”

What About Allergic Reactions?

Dr. Robert Finberg of the University of Massachusetts reported during the MassCPR briefing that allergic reactions were not observed during vaccine trials, but he noted the Pfizer vaccine is more “reactogenic” than other vaccines, and the trials showed that 24 to 48 hours after administration, 50 percent of recipients experienced fatigue and body aches and 30 percent experienced body chills. Data regarding the response of immunocompromised people is limited because they are usually screened out of trials. The unsettling truth is that there is no intervention that is entirely risk-free. “We have to weigh the possibility of what sounds like very rare adverse events and side effects against the fact that we’re coming upon 300,000 deaths in the United States alone,” says Finberg.

An Expert Calls Out Trump on COVID-19

How Do We Reckon With the Past?

Another factor influencing acceptance of the COVID-19 vaccine is the ugly history of pharmaceutical testing and development practices. The Tuskegee Study is a highly cited example of egregious clinical testing practices. The US Public Health Service conducted a study of African American men infected with syphilis from 1932-1972 without their informed consent, without telling them they were infected, and without treating them, even though penicillin was available and known to be an effective treatment. During the MassCPR briefing, Dr. Simone Wildes said that more needs to be done to build trust with these communities and confidence in a vaccine, so that people of color will be willing to take it.

This is vitally important, as data shows Black Americans are being hospitalized and dying from COVID-19 in disproportionately high numbers due, in part, to inequalities in the health care system, living in densely populated areas, and working in industries where there is a greater risk of viral exposure. The lack of sufficient numbers of immunized people in these communities (local herd immunity) could be the difference between life and death.

There are still many unanswered questions related to the various vaccines in production. While there are no risk-free interventions in combating COVID-19, it is becoming increasingly clear that an approach that entangles herd immunity within a Darwinian context risks an unimaginable number of deaths. It is important to ensure there is trust and transparency in the science and structures behind vaccine development and implementation.

If we achieve this, the herd immunity conversation will be about protecting your neighbor, rather than condoning a grim alternative.