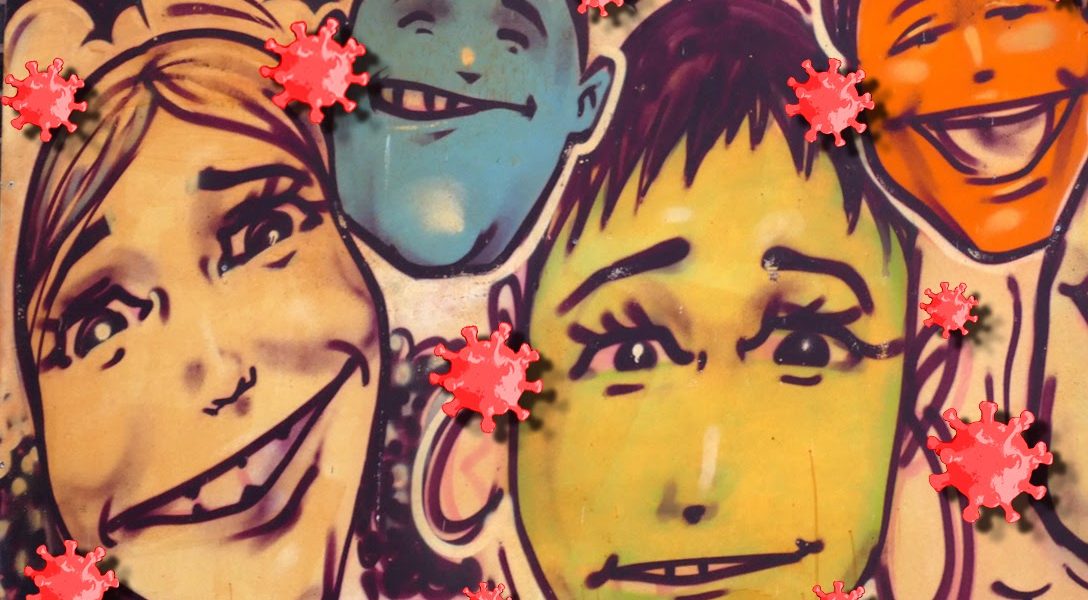 Partying the Pandemic Away

But “Out of sight, out of mind” is not a viable long-term strategy. As of January 6, the nation of more than 66 million people has recorded more than 2.7 million cases of COVID-19 and more than 82,000 deaths. And as Great Britain becomes increasingly alarmed by a new virulent strain of the virus, college administrators, public health officials, and the police continue to search for ways to cut down on student partying — a problem that seems widespread at institutes of higher education around the globe.

Part of the problem appears to be student ingenuity, as evidenced by reports of underground “COVID-positive” parties in Manchester, where individuals are allegedly admitted only after showing results of a positive COVID-19 test.

This dedication to raising a glass has had predictable results at the area’s largest school, the University of Manchester. Despite COVID-19 lockdowns and restrictions, of the 42,250 students enrolled, 2,046 have tested positive for COVID-19 as of January 4. (The school moved to online teaching on October 7 and is expected to continue remote learning until mid-February, following guidelines from the British Government.)

“We’ve had in total 400 calls [to disperse parties] over the past three months.” — Superintendent Richard Timson

The Manchester area includes nearly 400,000 students at 20 colleges and universities. The Greater Manchester Police (GMP) routinely covers the area’s two largest schools — the University of Manchester and Manchester Metropolitan University, which together have 80,000 students, including a small minority who “blatantly disregard” the rules, according to Superintendent Richard Timson.

Timson is the South Manchester District Commander in charge of “Operation Student Safe,” a years-old program that originally aimed to protect students from crime. Now its purview includes dealing with COVID-19 breaches and social gatherings at colleges and universities. In other words, protecting students from themselves.

According to Timson, a majority of party attendees are 18 to 24 years old. Research shows that in the UK, the mortality rate from the virus in that age group is only one for every 100,000 persons, but the new virus strain may greatly increase that death rate.

The pandemic now presents such a threat that the schools, the police, and the Manchester City Council have a daily conference call to review events and plan new responses.

“We’ve had in total 400 calls [to disperse parties] over the past three months [between September and December 2020],” said Timson. Students partying outside the Owens Park halls in Fallowfield at the University of Manchester in Manchester, England, in October 2020. Photo credit: MEN Media / Snapchat

In September, students were caught on Snapchat footage illegally partying outside one of the University of Manchester’s student halls. In the same month, campus security broke up a COVID-positive party at those same student halls.

“There was a flat party a few days ago which had a policy that you could only get in if you were positive. It was like their health-and-safety measure,” a University of Manchester student told the Guardian.

Sometimes, perversely, the virus is the point. In July, students in Tuscaloosa, AL, threw COVID-19 parties to internationally infect each other with the virus. “[The students] put money in a pot and they try to get COVID. Whoever gets COVID first gets the pot,” said Tuscaloosa City Councilor Sonya Mckinstry. “It makes no sense.”

During the UK’s first national lockdown — between March 25 and April 7, 2020 — the GMP reported breaking up 660 parties. This included 166 street parties and 494 house parties — some with DJs, fireworks, and bouncy castles.

And although the police have been aware of COVID-positive parties from social media, Timson said they have not yet raided one.

“We’ve been attending where the Manchester public reported large gatherings of people and breach of COVID regulations now, some people might have COVID [at the party] — we don’t know,” Timson said. “If students have been having COVID-positive parties — that’s very disappointing.”

A spokesperson for the University of Manchester told WhoWhatWhy that “the university is aware of these incidents and we strongly condemn such behaviours and conduct.”

“We investigate any such event and deal with the students responsible via our internal disciplinary processes. The university works collaboratively with Greater Manchester Police and Manchester City Council,” the spokesperson added.

According to Timson, things have gotten better — somewhat, mainly because by December and early January, a majority of students had returned home. Between September and December 2020, there were on average 20 to 30 reports of large social gatherings each weekend, and five to six reports on weekdays.

Currently, the UK is in its third national lockdown, prohibiting people from leaving their house to meet with anyone outside their social bubble, and imposing social distancing rules of at least two meters. Students aren’t expected to return until February, unless one of their courses allows them to return, according to Timson. “We are dependent on government decisions in February on further restrictions,” he said.

Our Best Coronavirus Coverage of 2020

But the GMP, Manchester City Council, and universities in Manchester are getting ready for their potential return en masse. They’ve started discussing plans to ensure that large gatherings will not happen.

Plans include clearer communications to students about health and safety risks to prevent them from spreading and contracting the virus. Disciplinary actions by the universities could include fines, removal of students from their accommodations, and expulsion from the university.

For its part, the GMP has started imposing fines of £200 on party occupants — which doubles with each infraction — and up to £10,000 for party organizers.

It is clear that winter academic breaks are holding down student parties at universities in Great Britain and the United States. What happens as students return will not only shape campus life, but may affect the severity and duration of the pandemic itself.

“It has been a challenging and difficult time for students,” Timson said. “They’ve come to university and the normal thing for students is they work hard, and they also like to party and socialize — we’ve all been young and we’ve all wanted to do that. But under the current situation, we all have to make sacrifices at this time. … We’re just asking students to think of themselves and to think of others.”

Related front page panorama photo credit: Adapted by WhoWhatWhy from City Suites / Flickr (CC BY 2.0) and other images on this page.