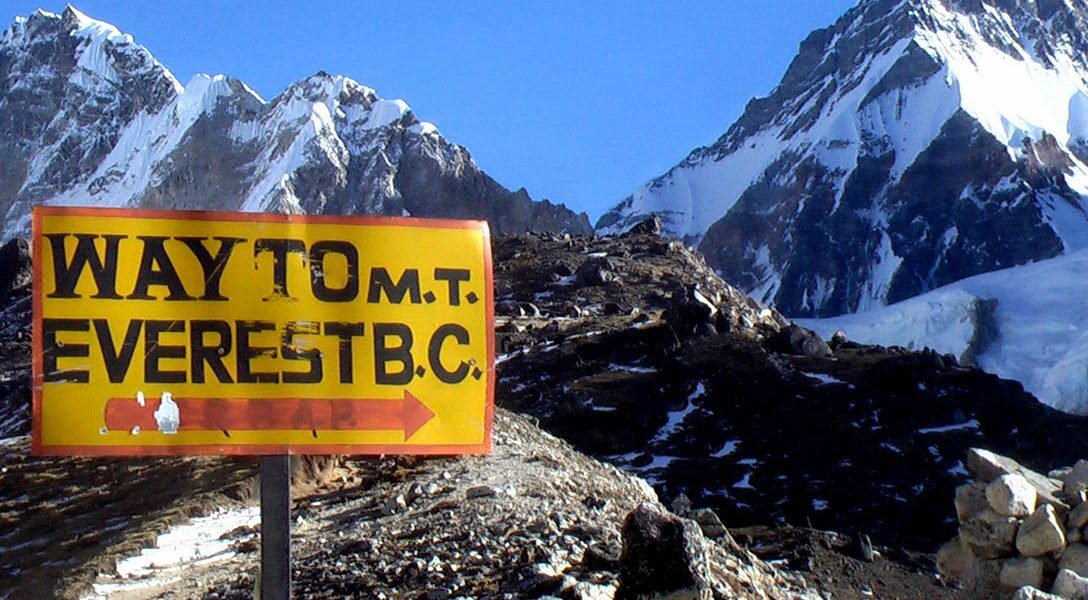 Mount Everest, the world’s highest mountain, and dozens of other towering peaks in the Himalayas accessible from Nepal are finally back in business.

A VIP group, including a member of Bahrain’s royal family, reached the summit of Mount Manaslu, the world’s 8th-highest mountain, on October 14. “This [expedition] has conveyed a message to the world that there is an opportunity to climb the Nepali mountains even during the COVID-19 pandemic,” said Pasang Phurba Sherpa, executive director of Seven Summit Treks.

A ban on foreign climbers and other visitors from overseas ended October 17, and for Nepal, reopening the mountains couldn’t come a moment too soon. The pandemic shut down most tourism, including trekking and climbing, in March. An estimated 300,000 guides, porters, hotel and restaurant employees, owners, and suppliers were put out of work — a devastating blow to a poor country that relies on tourism for most of its jobs and income.

Phurba Sherpa, 39, an experienced expedition porter, had planned to climb the 29,029-foot Everest with a European client during the 2020 spring climbing season, which usually runs from March through May. He arrived in the capital, Kathmandu, in February to begin preparations, but in March, the Nepalese government imposed a tourism and travel lockdown to prevent the spread of COVID-19.

Besides losing a lucrative assignment, Sherpa was also marooned in Kathmandu, with no way to get back to his home village.

Another experienced mountaineer, Sonam Lama, 28, had been hired as a porter and guide for an American couple who planned to reach Everest’s South Base Camp at 17,598 feet. Lama expected that the lengthy, well-paid trek would create a golden season for him. “With that money, I had hoped to repay a loan and personal expenses as well, but my dream turned to a daydream,” Lama told WhoWhatWhy. A ban on visitors from Europe, the Arabian Gulf, southeast Asia, South Korea, and Japan was imposed on March 20. Four days later, the government imposed a complete lockdown, banning all arrivals from outside the country.

The tourism industry pushed back, saying Nepal was being too cautious. “No other country closed trekking and expeditions during the pandemic,” said Santabir Lama, president of the Nepal Association of Travel Agents. “Only the Nepal government became overprotective. It wasn’t necessary.”

But government officials feared the coronavirus was out of control, and devoted most of their attention to figuring out how to repatriate Nepalese citizens marooned abroad. “How we could manage to take them back was our main focus,” said Yogesh Bhattarai, Nepal’s culture, tourism, and civil aviation minister.

Although foreign trekkers and climbers have been invited back to Nepal, approval is slow, cumbersome, and expensive.

Nepal has largely succeeded in limiting the pandemic. Through mid-October, the nation of 29 million people had reported 139,000 cases but only 765 deaths, although infections have been trending sharply higher in recent weeks.

Kathmandu, with about 5 million residents, is gradually approaching normalcy. Airline and bus travel has resumed, and hotels, restaurants and shopping malls are back in business, operating under social distancing guidelines. However, most schools, colleges, and theaters remain closed.

Citing encouraging numbers, the government began easing pandemic-related restrictions in September to boost the economy. In the Kathmandu area, for example, a near-total lockdown was relaxed September 13, allowing shops to reopen for limited times on certain days. Public transport, taxis, and private vehicles were also allowed on odd-even days.

The original plan was to permit limited arrivals of foreign tourists at around the same time. But on the recommendation of the government’s Covid-19 Crisis Management Committee, the start date was pushed back to October 17, then again to mid-November, with an exception only for authorized climbing and trekking parties. The autumn trekking season runs from September to November, typically drawing one-third of the 1.2 million overseas tourists who visit Nepal every year.

Even with a greenlight for foreign trekkers and climbers, the approval process is slow, cumbersome, and expensive.

“If I want to invite someone, then I have to take his passport copy and apply to the tourism and immigration departments,” said Kul Bahadur Gurung, general secretary of the Nepal Mountaineering Association. “Then I have to go to three departments to apply for his visa, and the visitor has to pay $5,000 for COVID-19 insurance.”

The insurance will cover treatment and quarantine expenses in Nepal for anyone diagnosed with the virus. But incoming tourists must still show proof of a negative test within 72 hours before arrival — and even so, must self-isolate during a seven-day quarantine period.

But even with the end of the lockdown, reviving Nepal’s shattered economy will take years. “No one can say until and unless a COVID vaccine is available in mass levels,” said Migma Sherpa, a prominent tourism tycoon.

He told WhoWhatWhy that economic damage from the coronavirus far exceeds the hit from a magnitude 7.8 earthquake that struck Nepal on April 25, 2015, and another damaging quake only 17 days later. Nearly 9,000 people died and more than 600,000 homes were destroyed, many of them in remote rural areas.

After the quakes, “many countries across the world supported Nepal, but now no one can help us,” said Migma Sherpa. “We have to face this crisis ourselves.”

Trekking agencies said at least 45 expeditions had been scheduled for Everest in 2020 before the lockdown was imposed. An estimated 300,000 people in the tourism industry lost their jobs. The government also lost an estimated 20 billion rupees ($170 million) of revenue from the tourism sector.

To revive the trekking and climbing industries, Nepal’s tourism and civil aviation ministries are now “focusing on domestic tourism rather than expeditions and foreign tourists,” said Mani Raj Lamichhane, speaker of the Nepal Tourism Board. “Gradually we will jump on mountaineering” by foreigners.

A record 381 permits were issued to Everest expeditions in 2019, producing infamous photos showing hundreds of climbers creating traffic bottlenecks on the mountain. Nepal would be happy to have that problem again — but it could be years before the country’s 80-plus peaks at least 23,000 feet tall will come back to full capacity.

In the meantime, Everest broods… and waits. Not until the spring of 2021 will the lord of the mountains be ready to reward some climbers — and to kill some others, whose once-in-a-lifetime adventure ends in tragedy on its snowy flanks.