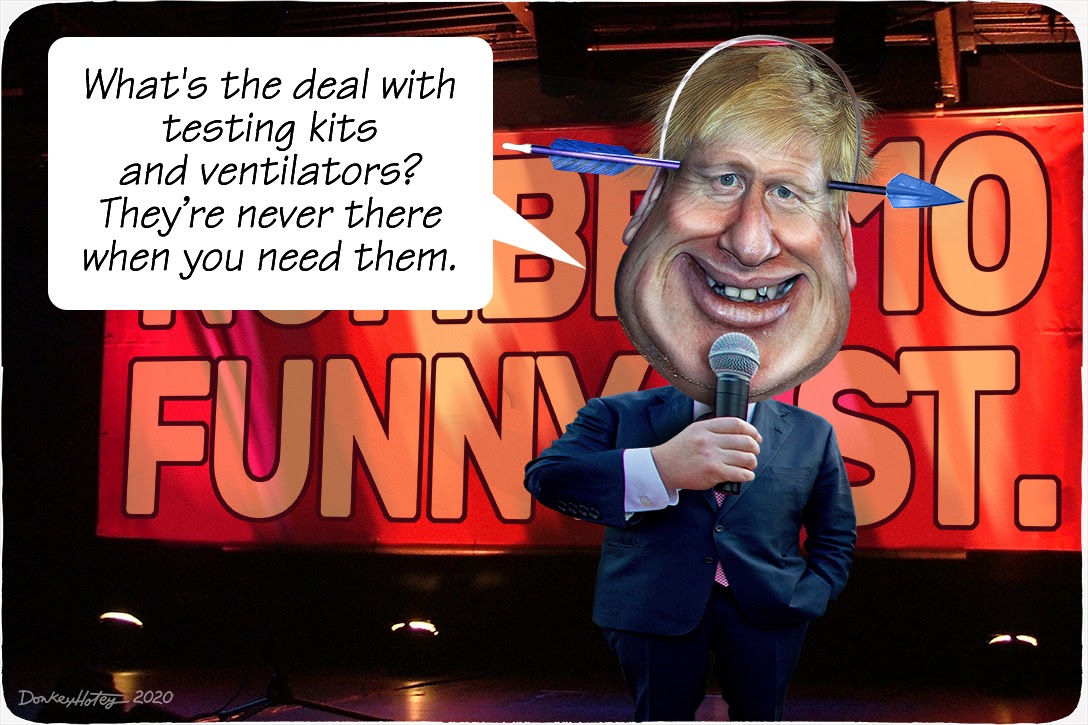 Mad Dogs and Englishmen Go Out in the Coronavirus Spring

LONDON — Friday, March 13, Euston Station. My wife and I help our 19-year-old daughter onto the train taking her back to university in Manchester. It’s packed with other travelers. From the platform, we perform exaggerated hand waves and air kisses through the carriage window. “The kid” dutifully reciprocates. We turn to leave, and after a moment my wife’s chin starts to tremble; her big brown eyes are glistening. “She should have stayed with us,” she whispers, through her tears.

Tuesday, March 17, Euston Station. I “socially distance” by waiting in the car until my daughter texts to say that she has disembarked from the train returning from Manchester. I listen to the news. The global coronavirus storm clouds are gathering rapidly. In Italy, daily, hundreds of beloved grandparents and other vulnerable relatives are gasping their last breaths alone in overcrowded hospitals. France, the UK’s nearest neighbor, has gone into full lockdown, and President Emmanuel Macron has declared war on COVID-19. So has Spain. Even Donald “Coronavirus is a hoax” Trump has screeched into a breathtaking U-turn.

The previous night my wife and I had browbeaten our daughter into returning home, fearful she would be trapped 250 miles from home when our government inevitably mirrored the rest of the world and began to quarantine cities and impose strict restrictions on movement. We are relieved to have acted swiftly as a family and to be reunited for whatever lies ahead.

By contrast, the UK government, led by Prime Minister Boris Johnson, has been dragging its feet, failing to act quickly, and boldly enforce the mass isolation that, according to evidence from China and South Korea, is the only defense against coronavirus.

I meet her on the station concourse, which is far from empty of train passengers; all the stores are still open. It’s business as (mostly) usual. The previous evening Johnson had “strongly advised” people not to go to pubs, clubs, restaurants, and theatres. This was a bad time for classic British understatement; the PM had spoken, but it was clear that not enough had listened.

As I drove through the streets of north London with my daughter, we saw on the sidewalks and in the shops that there was still a hell of a lot of social interaction (aka contagion) occurring. During the journey, my daughter flashed me Instagram images of university pubs still thronged with carefree fellow students, and she told me about an undergrad friend who was bemused when she told him she was heading home because of coronavirus fears. He had a full calendar of partying planned for the week, she said, and couldn’t compute the crisis concern. He is a medical student, no less.

To critics, the Johnson administration appears disturbingly reticent to confront this existential health threat. In the interest of national unity, grumblings about the lack of mass testing (cock-up or conspiracy?), ventilators, and protective kits for frontline health workers are for the time being muted.

More damning was the UK’s decision to pursue the singular experimental policy of “herd immunity” to combat coronavirus. Herd immunity refers to a situation in which enough people in a population have immunity to an infection to be able to effectively stop that disease from spreading. The UK government’s plan, following scientific advice, was to rein in the virus by allowing it to gradually spread out among the population, reducing pressure on the National Health Service, and flattening the spike in cases. This was combined with “nudge factors” such as encouraging people to work from home, wash their hands regularly, and voluntarily dial down social interactions.

Untested outside of computer modeling, this was a high-risk strategy, an approach that went against the grain of the rest of the world and advice from the World Health Organization. By Monday the government had stopped talking about herd immunity. It is not clear if this was part of a planned escalation all along, or rather a reversal precipitated by robust criticism.

After pressure from members of parliament, Johnson began this week by holding daily briefings flanked by the country’s top medical officials and revealing yet more ambiguity and indecision. His performances were less than convincing. Johnson, clinging nostalgically to ideas of individual freedom, did not order blanket closures of nonessential businesses such as bars and restaurants, confusing the public as to the epic nature of the crisis the country now faces. Whilst some people were trying to “Keep calm and carry on,” others were mobbing supermarkets in outbreaks of panic buying.

“It takes a genius level of poor communication to end up with the bars full and the shelves empty,” explained one Twitter wit.

On Thursday, after days of rumor fueled by infuriating off-the-record briefings by Johnson’s aides that London — with the greatest number of coronavirus victims coupled with a widespread refusal of its citizens to self-isolate — was about to go into lockdown, nothing actually happened, except the closure of a minority of Underground stations.

This clearly wasn’t supposed to be Johnson’s destiny. He was to be the Brexit prime minister. He had shinnied up politics’ greasy pole regurgitating a mantra of populist slogans (e.g., “Take Back Control” and “Get Brexit Done”) and a grifter’s bonhomie. Indeed, he had often mocked his Brexit opponents for their “dither and delay” — an accusation that could become his own haunting political epitaph, post-coronavirus.

To be fair, he had only been prime minister for two months (part of which he spent on a New Year’s vacation in the Caribbean) when the coronavirus tsunami appeared on the horizon. But the problem remains that Johnson is basically a political lightweight, a flashy, warm-up guy from the undercard who was thrust to the top of the bill due to the Brexit freak show. Now he’s eyeballing COVID-19 the Destroyer, and doubts are growing that he has the statecraft to defeat it. With 233 dead and 5000+ infected, the UK is possibly two to three weeks behind Italy, but the death curve is steepening.

On Friday evening, he finally ended the procrastination and ordered social venues to close at midnight — prompting one final mad dash to the pubs for the ultimate last call. UK schools have finally closed their gates, and all summer exams have been canceled. Now it is Johnson and his ingénue cabinet who must face the unparalleled test of leadership and government.