How many of the millions of the COVID-19 deaths worldwide could have been avoided if politicians had followed medical advice? Photo credit: © Fernando Souza/ZUMA Wire
Health & Medicine

Is COVID-19 More a Political Than Medical Threat?

Breakfast in Paris with Michel Lavollay at Café de Flore, pleasant under any circumstance, was beyond joyful this time. He is nearly back to himself after seven weeks in a coma. Several times, doctors told his daughter he was about to die. As a pioneer in the global fight against AIDS, he knows that unless a cure is found for a deadly new disease, the only option is not to catch it. But the global mechanisms he helped build to halt runaway pathogens no longer work. Even he caught COVID-19.

“My God,” he said, looking at a happy snap I made with my phone. “I can’t recognize myself.” He lost 66 pounds. After months of laborious one-day-at-a-time rehab, he is a lanky shadow of his formerly substantial self. 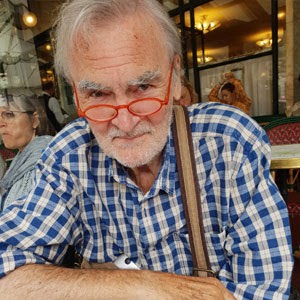 Bad News for the Planet: Failure to Unite Against a Preventable Threat

Lavollay, mellow at 72, is a soft-spoken doctor-diplomat who hobnobs with heads of state and captains of industry. He chooses his words carefully; here is an unvarnished upshot of our conversation:

COVID-19: Politicians Fail; But There Is Hope in Science

Michel sees hope in science. “There is so much we don’t know, so much uncertainty on the evolution of the virus and the next variants,” he said, “and yet tremendous progress has been made very rapidly on vaccines. It’s a mix.”

But he worries about what doctors call long COVID. “Not everyone recovers fully,” he said. “There are a whole set of persisting symptoms.” Researchers are working fast, yet initial lost time led to far worse mutations that do not stop at borders.

In the end, the threat is much more political than medical. Leaders, fearing economic impacts and public reactions that might cost them their jobs, did too little, too late, and relaxed vigilance too soon. Now harsh measures spark violent pushback. 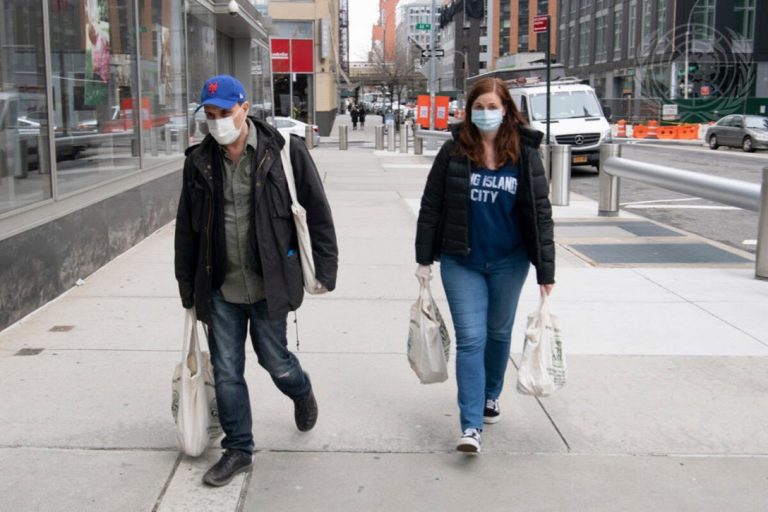 Reporters are seldom experts in what they cover, but they learn to find those who are. As it happens, I’ve known Michel since he coaxed his Citroën 2CV up the Alps in the 1970s to ski with friends. He is the real deal, a gentle soul with a scientist’s mind.

Out of medical school, eager to do more than ply Parisians with pills, he joined Médecins du Monde. When AIDS erupted, he canvassed Africa and Asia to counsel health ministries and voluntary agencies at GPA, the Global Program on AIDS.

He battled the virus at the UN Development Program, then as the French Embassy health attaché in Washington. In 2000, he helped Kofi Annan and US Ambassador Richard Holbrooke persuade the Security Council to take coordinated action, which finally beat back the pandemic.

Michel also worked closely with Jonas Salk until he died in 1995. Salk refused to patent his polio vaccine, declaring: “You do not patent rays of the sun.” Both G7 and G20 statements have asserted that principle, but few leaders follow it in practice. 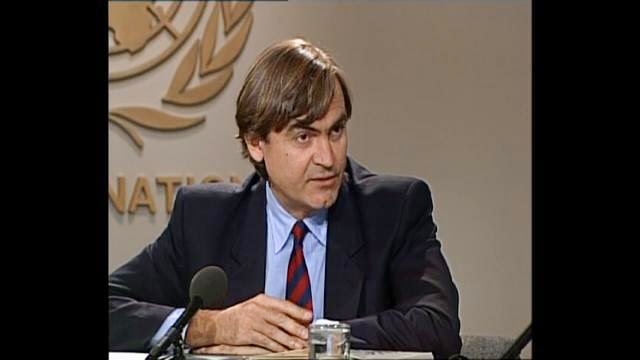 Now an independent consultant, he is respected as a straight-shooting expert who would rather refuse a paycheck than cover up incompetence. When he accuses an American president of crimes against humanity, it is no idle remark.

I lent Michel my backroad home in Provence while he searched for a place to move from Brussels; he arrived with what seemed like the flu. His daughter, Nikki, in Paris, worried when he sounded weak on the phone and then stopped answering entirely, gave GPS coordinates to medics, who found him collapsed on the floor.

The first thing he remembers, seven weeks after doctors induced a coma, is seeing his wife and daughter and hearing them say, “Trump is out!”

Trump: The President Who Could Have Averted the Pandemic

Michel explained that Trump is hardly the only culprit; however, with America’s expertise, wealth, and the preparedness Barack Obama left behind, Donald Trump could have done more than anyone to avert the pandemic. He did the polar opposite.

Obama had dozens of specialists in China, part of an early warning team worldwide. Had Trump not removed them, team members would have sounded alarms. As Trump told Bob Woodward early on, he chose to deceive Americans. China also hid the initial threat of COVID-19. It’s China — Democracy is different.

Whether the coronavirus came from a lab or a pangolin is a separate issue. The United States, Europe, and Russia all experiment with killer pathogens, and lab accidents happen; what matters is isolating the threat. “To deal with China you have to talk to the Chinese,” Michel said, “Trump did not build a relationship.” Clearly true. Before trade talks collapsed, he heaped praise on Xi’s rapid response; after, he harped on “the China virus.”

Trump’s war on the World Health Organization did incalculable damage as well. And it illustrates why Michel believes that “the world community” has to be more than a soporific cliché.

Our professional paths crossed after 1988, when I reported for the Associated Press on Jonathan Mann’s research in Zaire (Democratic Republic of the Congo) on a mysterious new virus. Mann later set up the GPA in Geneva, funded by governments under WHO oversight, and hired Michel to build grassroots networks and government agencies to control outbreaks. 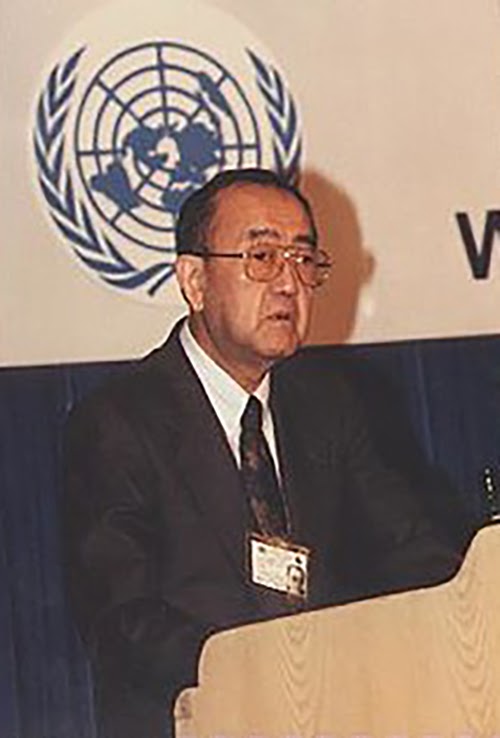 During the AIDS crisis, WHO Director-General Hiroshi Nakajima, a Japanese physician, focused on finding a medical magic bullet. Mann insisted that public awareness was equally urgent; if people protected themselves, it could be contained. He was right — millions died before researchers found a treatment. Nakajima resented Mann’s popularity. He ordered the Global Program on AIDS to cut back AIDS research to focus on less virulent diseases. Despite American and European UN delegates opposing his reelection in 1993, with Japanese lobbying and corruption, Nakajima won.

Michel helped me find a secret internal auditor’s memo citing “quite deplorable” cases of Nakajima’s aides using public funds to buy votes in Africa, Latin America, and Asia; WHO insiders also told of bribery and threats. Lawrence Eagleburger, who had just left office as secretary of state, was furious. “If this election was as it looks,” he told me, “it ought to embarrass a lot of countries that should know better. We’ve got to demonstrate this sort of thing is not acceptable. If this continues in other UN institutions, the system is irrelevant.”

Mann died in a plane crash soon after. Michel moved on to the UN Development Program but later left, frustrated at the lack of progress made against HIV/AIDS.

WHO Director General Tedros Adhanom, if hardly perfect, tried hard to curb COVID-19. He provided tests to all countries that asked and, pushing limits of decorum, pointed fingers. But he had only the data and access that China gave him. Trump cut US funding at the worst possible moment.

World leaders have yet to heed a landmark report by the GPA Management Committee in 1992: “No single agency is capable of responding to the totality of the problems posed … and, as never before, a cooperative effort, which is broadly based but guided by a shared sense of purpose, is essential.” 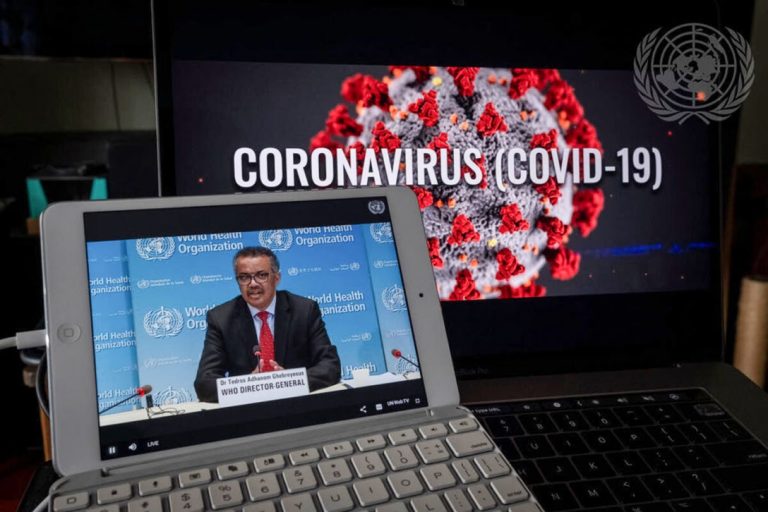 That report was about AIDS. COVID-19 dwarfs that challenge. The line graph of infections in America looks like a sketch of the Himalayas. It reached 250,000 infections a day in early January then dropped to 13,000 after Joe Biden took office. Now it is climbing back toward the peak as mutations arrive from abroad.

Fox News, which quietly imposed its own internal anti-COVID measures, is only one of countless purveyors of disinformation. Looking back across the Atlantic, it is hard to believe how many politicians, false prophets, and faux-journalists continue to put a supposedly educated nation at such grave risk. Here in Paris on the Champs-Élysées, riot police just fought pitched battles with mobs that were protesting stringent new measures; and many Frenchmen who wear masks use them as neckwear or leave their noses uncovered.

Watching other European protests, I heard an elderly Italian woman bemoan new rules. “Why should I give up my privacy and have to show personal data to the authorities?” Obvious enough: to help stop killing others. Pandemic tracking focuses on the numbers — underestimated guesswork at best — but ignores the wider impact on global security, food production, industry, economic patterns, and familiar ways of life that may never be the same.

Meanwhile, COVID-19 dominates the news, muscling aside such vital stories like an overheated Middle East, now bereft of a stabilizing Lebanon, with an existential threat to Israel. Not only neo-Nazis but also flooding caused by record-setting rainfall imperil Germany. As seas rise, it will take more than Hans Brinker’s finger in the dike to protect the Netherlands.

Nothing New With International Vaccine Cards

Travel is a lottery as airline routes suddenly have to shift or close down, and airports are a nightmare. Health controls are hardly new. Since my first international flight in 1962, a standardized vaccine card has been as essential as a passport. That is how smallpox was eradicated and yellow fever was kept under control.

Beyond annoying absurdity, the cost is often heavy. Citizens can be refused entry to their own countries. More than 30,000 Australians have been stranded abroad, some for more than a year at ruinous expense; even with vaccinations and negative tests, they face strict entry quotas.

COVID-19 caught the world unaware. It took months to retool industries to make protective gear and hospital essentials. In the face of denial, actual experts made crystal clear exactly what we were all up against. However, it did not surprise everyone; Michael Osterholm at the University of Minnesota wrote “Preparing for the Next Pandemic” in Foreign Affairs back in 2005. His two fresh pieces in 2020 explained what went wrong and what to do about it. He was all over TV networks with calm, colorful guidance.

In short, he repeated a simple metaphor: This is an uncontrolled forest fire; as long as it finds wood to burn, it will keep going.

And yet rich countries still shoulder aside poor ones. They destroy vaccines refused at home while Africans, Asians, and Latin Americans plead for protection. Companies insist on proprietary rights, and public aid is nowhere near enough. It is as if self-obsessed people plugged leaks in their corner of a sinking lifeboat and ignored widening holes in the rest of the hull. Until all countries have vaccines, protective gear, and systems to deliver them, everyone and everywhere is at risk.

As Michel Lavollay has been saying for three decades now, the only way to contain a deadly pathogen is to make sure that people do not catch it.

Global Geneva contributing editor Mort Rosenblum is a renowned American journalist, editor, and author currently based in France and Tucson, AZ. He has travelled and reported the world more years than he can remember. His regular column, “The MortReport”, is available online and by email.