Nursing homes around the US were overwhelmed during the early days of the pandemic. Photo credit: New Jersey National Guard / Flickr
Health & Medicine

Sue Eshelman died from COVID-19 two years ago during her stay at a Pennsylvania nursing home for rehabilitation of a broken ankle. She was supposed to be home for Thanksgiving; instead, her husband is counting all the missed holidays.

“This will be the second Thanksgiving without her, the second Christmas without her,” Don Eshelman said. “They say it’s easier, but I don’t think so. Everything just comes rushing back.”

COVID-19 killed 39 people at the facility — nearly 60 percent of its resident population — in the fall of 2020. Now, 10 families, including the Eshelmans, are suing the owners of the facility. A wrongful death lawsuit was filed in Lancaster County Court on October 19, representing just one of a handful of cases in Pennsylvania.

Attorneys have brought lawsuits against at least five facilities in Pennsylvania, which represent less than 1 percent of the nearly 700 nursing homes in the state.

“Everyone sort of just assumed, without thinking things through, that these would be winnable cases, whereas I think they’re actually difficult cases to bring,” said Peter Giglione, a Pittsburgh-based attorney who has previously filed nursing home lawsuits.

The pathogen has killed more than 160,000 nursing home residents, according to the Centers for Medicare and Medicaid Services (CMS) data.

Experts had expected a deluge of COVID-19 related lawsuits across the country. Data on the number of lawsuits nationally, however, is not readily available. No group, including the American Health Care Association, the leading member organization for the industry, is tracking this.

But Zachary Shamberg, president and CEO of the Pennsylvania Health Care Association, said defense attorneys advised him there might be a “potential tsunami” of lawsuits coming.

“Most attorneys are really waiting until the pandemic ‘ends,’” Shamberg said.

The reason for the wait, he said, is most attorneys want to see how the pandemic shakes out and be more strategic about which cases to file.

In Pennsylvania, the statute of limitations for wrongful death is two years from the date of the injury or death.

More than 1 million Americans have died from COVID-19, according to Johns Hopkins University Coronavirus Research Center data. The death toll in Pennsylvania is nearly 50,000.

Older Americans, however, have borne the brunt of the deaths. More than 93 percent of COVID-19 related deaths in this country are people over 50 years old, according to the Centers for Disease Control and Prevention.

And, among the nation’s most vulnerable, the pathogen has killed more than 160,000 nursing home residents, according to the Centers for Medicare and Medicaid Services (CMS) data.

The Gardens at Stevens complaint, in part, indicates that the nursing home’s owners failed to plan for an outbreak, said Martin Kardon, the Philadelphia-based attorney representing the families.

“As best as I’m able to conclude from what I’ve seen is that the people working in the building did not have the support,” Kardon said, mentioning the lack of training and personal protective equipment (PPE). 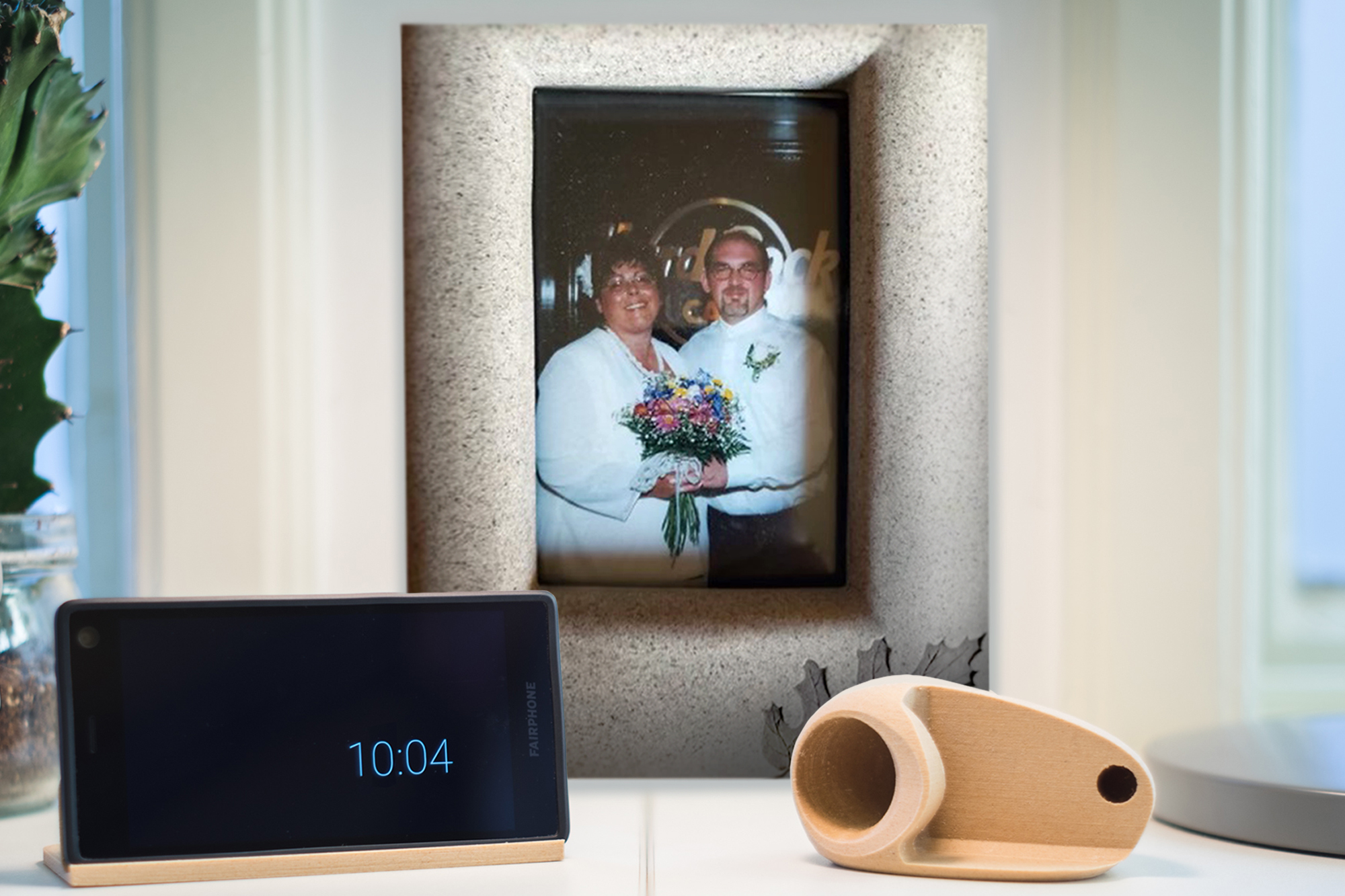 Don and Sue Eschelman pictured at their wedding in 2001 in Gatlinburg, TN. Photo credit: Adapted by WhoWhatWhy from Fairphone / Flickr (CC BY-NC 2.0), and Courtesy of The Eshelman family.

If staff had followed Health Department regulations, it would have reduced the number of COVID-19 deaths, Kardon said.

Within one month of the first reported case of COVID-19, the virus had torn through the facility, infecting 65 of the home’s 68 residents.

“The question is not, ‘Why weren’t they able to totally stop every single infection?’” Kardon said. “Because that’s probably impossible. But the question is, ‘What did they do to reduce the likelihood of a facility-wide outbreak?’”

Victoria Scanlon, the attorney representing the Gardens at Stevens, did not respond to repeated requests for an interview.

Nursing home operators have cited the Public Readiness and Emergency Preparedness Act (PREP), a law that protects health care workers from liability, as a defense against pandemic-related lawsuits. 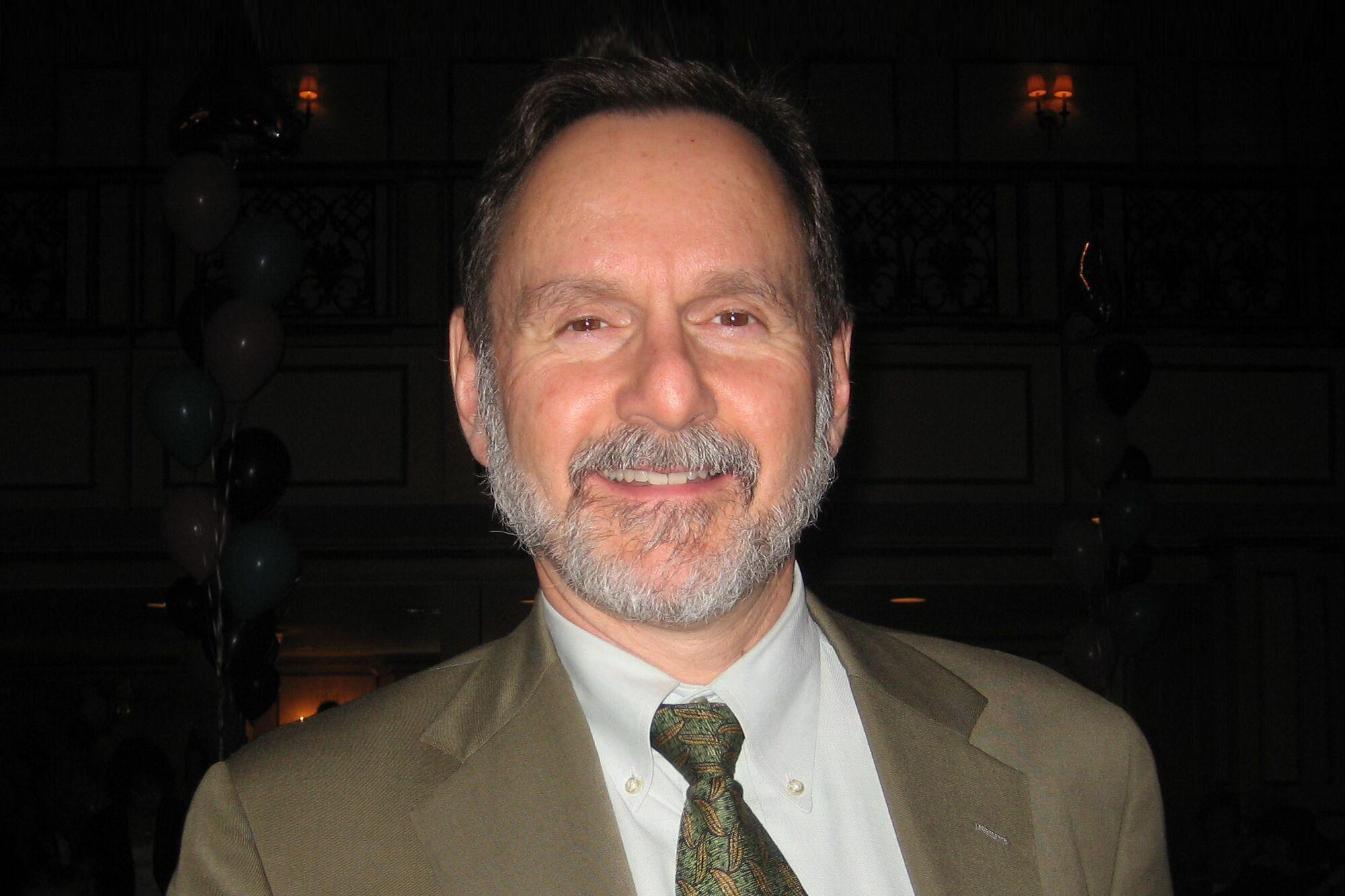 ​​Federal courts, however, have cautioned that the PREP Act does not apply when nursing home operators clearly failed to adopt measures to protect residents.

And Kardon said that is exactly what happened at the Gardens at Stevens.

Prevention control is critical to preventing the spread of disease, particularly for those living in congregate settings.

The attorneys and advocates who spoke with WhoWhatWhy strongly believe lives could have been saved had the operators provided the necessary staffing and countermeasures.

The Gardens at Stevens did receive help to combat the scourge of the pandemic — more than $600,000 in federal aid.

Staffing is universally considered the key to providing quality nursing home care. The long-standing staffing issue in the nation’s nursing homes has reached a critical point, as highlighted in an industry report released this past summer, which found 3 in 5 facilities nationally have limited new admissions because of staffing shortages.

The minimum requirement in Pennsylvania is 2.7 hours a day. However, the Pennsylvania auditor general found in a 2016 oversight audit of the Department of Health that direct-care hours should be increased to 4.1 hours, as CMS recommends.

Mark O’Neill, a Pennsylvania Department of Health spokesman, did not respond to requests for an interview.

About four months before the deadly outbreak, the Pennsylvania Department of Health reported that the Gardens at Stevens was compliant with infection control regulations surrounding COVID-19.

With nearly 160 facilities failing to report information to the Department of Health, Pennsylvania has an incomplete tally of its nursing home deaths.

Early in the pandemic, though, as many as two-thirds of all the COVID-19 deaths in Pennsylvania occurred in a long-term care facility. These facilities provide care for people who cannot live independently and include nursing homes and assisted living.

Infections were already the leading cause of mortality in the nation’s nursing homes before the pandemic. Between infections and chronic staffing shortages, advocates predicted nursing homes would become ground zero for COVID-19. 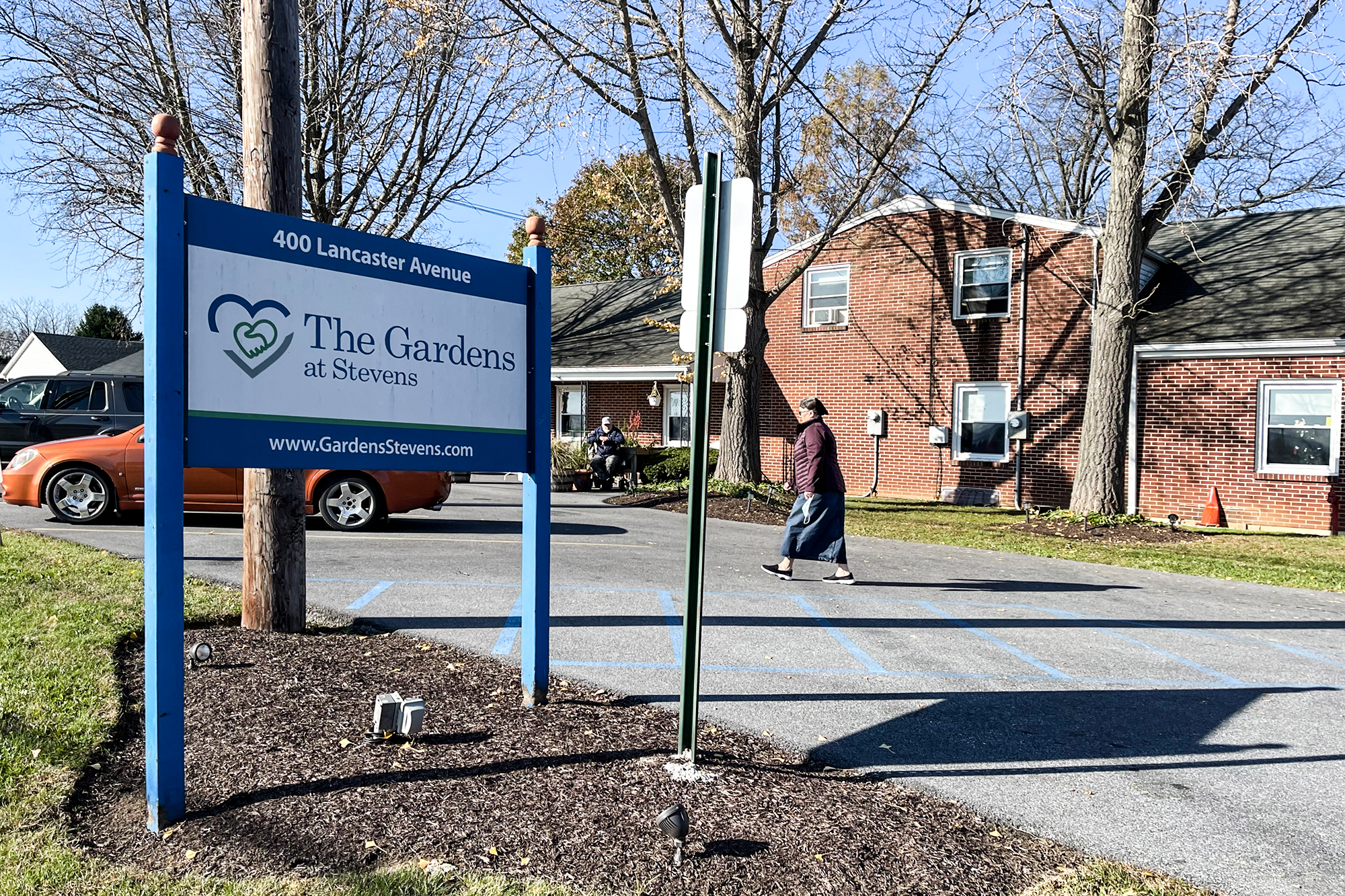 The Gardens at Stevens “did not take enough steps,” said Sam Brooks, director of public policy at the National Consumer Voice for Quality Long-Term Care. Headquartered in Washington, DC, the organization advocates for improved quality of care for those living in long-term facilities.

Nursing home administrators, Brooks said, can purposely understaff facilities to make profits. But, he said, this case was a “particularly egregious one.”

“A lot of these folks that died here died because of failures of the facility,” Brooks said. “And if that’s not a breach of trust or however you characterize it, I don’t know what is.” 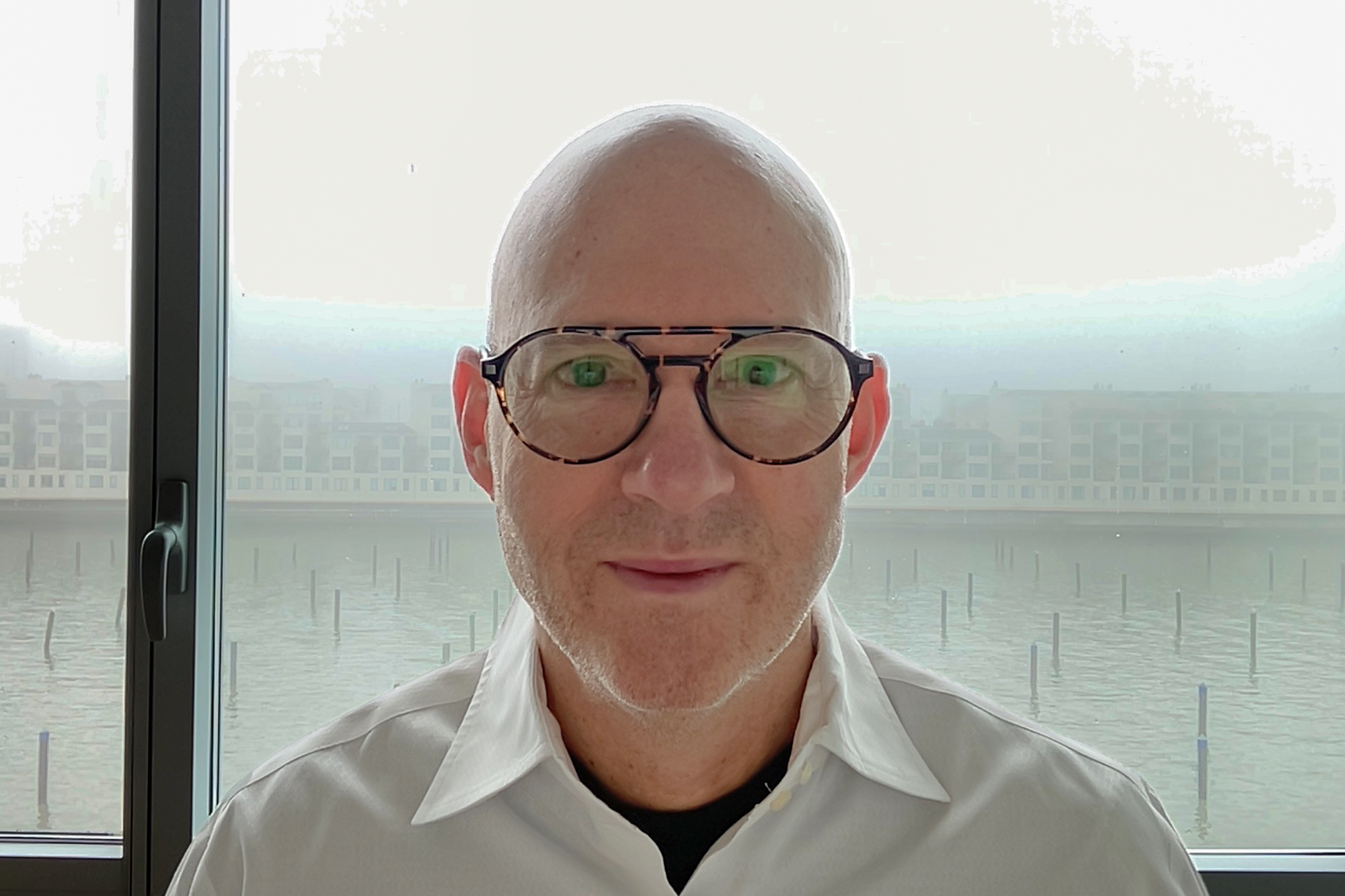 Nursing home advocates have long expressed concern about the prioritization of profits over care, including Richard Mollot, executive director of the Long Term Care Community Coalition. The New York-based nonprofit organization focuses on improving the quality of care in nursing homes.

Advocates for nursing home residents contend the message to the nursing home industry is that their business can continue as is.

“They should either give better care or get out of the business,” Kardon said. “Make their money somewhere else, other than off the backs of people that worked their whole life and are now dependent upon others.”

Nursing homes are inspected annually by state and federal inspectors. In 2019, CMS cited the Gardens at Stevens for failing to have “sufficient nursing staff.”

When people bring a family member to a nursing home facility, it’s because they have no other option, Kardon said. And they must depend on the people, organizations, and corporate entities managing the facility operations, he said.

“You have to rely on them to trust that they’re doing their job,” Kardon said.

A Matter of Accountability

Kardon is hopeful that tragic scenarios like the one at the Gardens at Stevens may lead to better care for the elderly. These cases, Kardon said, are a matter of taking responsibility.

“If somebody is not held accountable for their misdeeds, they’re going to keep doing it,” he said.

The last time Eshelman saw his wife, they talked about the trivial things all couples do, including their upcoming plans for Thanksgiving. They sat across from each other — 6 feet apart — at a picnic table outside the nursing home, unable to touch. She wore a mask and a face shield.

There would be no goodbye kiss.

He had planned to visit a week later. But his wife called the night before to postpone for a COVID-19 test. Two days later, she called with news: She was positive.

He never saw her again.

Instead of driving his wife home for Thanksgiving, he brought back her belongings and a “sorry for your loss” card from the Gardens at Stevens.

He wants to know why his wife died alone in a nursing home with a broken ankle instead of coming home in time for Thanksgiving. Eshelman said he hopes the trial will give him the clarity to move on.

“I have a feeling I’m not going to find out the answers I do want to find out,” he said. “But I’m not giving up.”