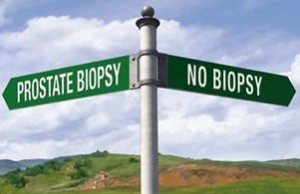 Did You See This? Unnecessary Medical Tests a Boon to Docs and Big Pharma Two years ago, the government issued new mammogram directives which “reverse longstanding guidelines and are aimed at reducing harm from overtreatment.” http://www.nytimes.com/2009/11/17/health/17cancer.html. The new guidelines especially noted that breast cancer screening itself was risky. “A test can trigger unnecessary further tests, like biopsies, that can create extreme anxiety. And mammograms can find cancers that grow so slowly that they never would be noticed in a woman’s lifetime, resulting in unnecessary treatment.”

The report, like the previous one, is liberally sprinkled with worrisome information about the overuse of these tests with no scientific basis for their supposed effectiveness. Consider this bombshell: “(T)he test does not save lives over all and often leads to more tests and treatments that needlessly cause pain, impotence and incontinence in many,” or this one: “Treating men with high P.S.A. levels has become a lucrative business.”

Here’s our favorite: “From 1986 through 2005, one million men received surgery, radiation therapy or both who would not have been treated without a P.S.A. test, according to the task force. Among them, at least 5,000 died soon after surgery and 10,000 to 70,000 suffered serious complications. Half had persistent blood in their semen, and 200,000 to 300,000 suffered impotence, incontinence or both. As a result of these complications, the man who developed the test, Dr. Richard J. Ablin, has called its widespread use a “public health disaster.”” And yet, how many health insurance company decisions that impact your personal coverage and medical expenses have been based on the tiny increments of P.S.A. measurement?

Feel used and abused by the system yet? How about this? According this survey we spotted, http://www.marketwatch.com/story/patients-get-too-much-medical-care-doctors-say-2011-09-27, a whopping 40% of primary care physicians say they have recommended too many tests overall because they don’t have the time to actually talk with their patients and make some educated decisions before sending them off for a bunch of invasive, expensive, dangerous and irrelevant tests. Starting to get the picture now?

Buried at the bottom of the article is this doozy: “Doctors also acknowledged that financial incentives from the fee-for-service payment model encouraged them to do more rather than less. Thirty-nine percent said other primary-care doctors would order fewer diagnostic tests if those tests didn’t generate extra revenue for them, and 62% said medical subspecialists would cut back if the tests didn’t come with financial incentives.”

Got that? The docs are getting kickbacks for recommending these tests…and your insurance company most likely tags you as “high risk” for having the tests in the first place. What happens to you if you go through all these tests and they don’t find anything? “As a result, patients are sometimes left to feel like they’ve entered the legal system instead of the medical system when a doctor orders a slew of tests in an apparent attempt to rule out diseases with only a remote possibility of being the cause of the problem.”

That’s the best argument we’ve heard yet for reform of the health insurance industry….which, you’ll note, is not the same thing as “health care reform.”