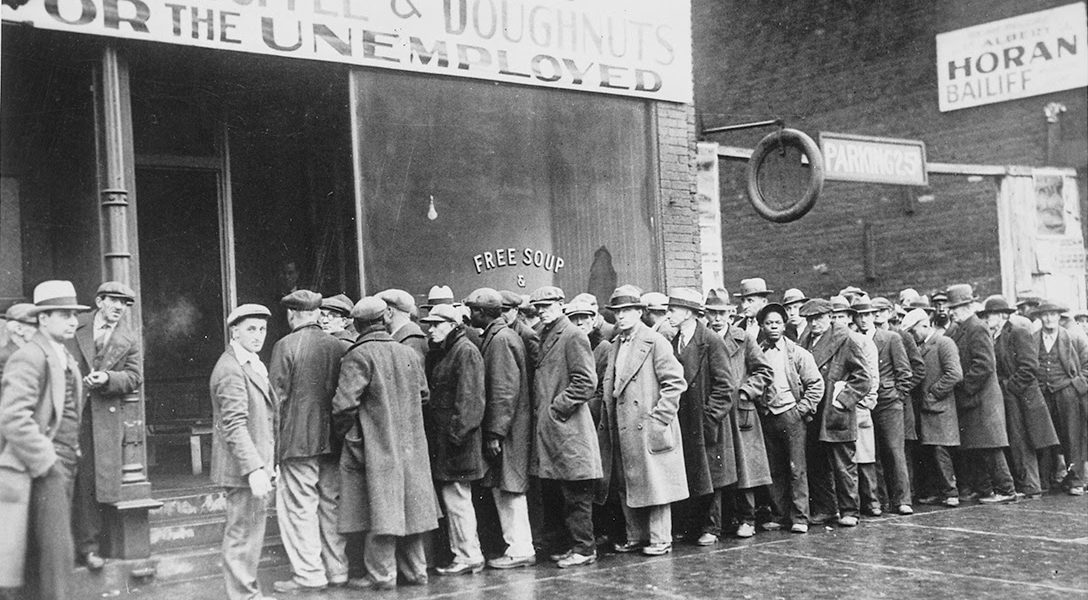 Apart from the alarming speed with which COVID-19 has overtaken the world, the most stunning thing about the crisis is how quickly it has made an economic depression of 1930s severity a real possibility, something few if any economists imagined just a month ago.

There’s an old saying that the four most dangerous words in investing are “this time is different.” But in one key regard this crash is different: It’s being driven by a phenomenon that is entirely unpredictable.

Most market meltdowns are financial or economic in nature, so they’re informed by statistical benchmarks that provide at least a rough lodestar as to where things are headed. But where this crisis goes depends largely on how COVID-19 evolves, and there’s no reliable benchmark for projecting that.

“Anthony Fauci continues to remind us that we have no way of forecasting for how long the virus will continue to spread,” notes UC Berkeley economist Barry Eichengreen, whose best-known work concerns the Great Depression. “That, in addition to the economic policy response, is what matters.”

In short, pray for a V but be prepared for a U. In economist-speak, a V-shaped contraction is short and sharp, while a U-shaped recession is prolonged, like the Great Recession of 2007–09. The mother of all U’s, of course, was the Great Depression of the 1930s, which lasted a decade and took unemployment to 25 percent, while economic activity fell by almost half. Those numbers may look fantastical, but they’re in line with 30 percent unemployment and the most pessimistic predictions for shrinking output during the current crisis.

It’s hard to overstate how implausible an outright depression seemed until this month. Milton Friedman, one of the 20th century’s most influential economists, declared in 1954 that the US economy was now “depression-proof,” thanks to guardrails put in place during the New Deal. The most important of these, he argued, was federal deposit insurance, which halted bank runs and the resulting bank failures that most economists regard as a primary cause of the Great Depression.

Indeed, as the 2007–09 crisis showed, government does know a lot more about averting severe downturns than it did in 1930, and is much more willing to act. For starters, the Federal Reserve has far more powerful monetary weapons than it had 90 years ago, and it has just announced a huge expansion of its arsenal. For another, the dollar was pegged to gold when the Great Depression began, constraining credit creation and ultimately overall growth. (FDR loosened the link in 1933, vexing gold bugs ever since.) The sheer size of government is another factor. Government spending at all levels equals about 38 percent of GDP today, as against 12 percent in 1930, giving government more levers to pull than it had under Herbert Hoover. Some of those levers are what economists call “automatic stabilizers” — unemployment insurance, for one — which by their nature counteract the fall in spending that defines a recession. The $2 trillion federal rescue package approved last week serves much the same purpose, though most economists seem to agree that a lot more will be needed. So, apparently, does the stock market, which fell more than 3 percent the day President Donald Trump signed the law.

But the financial system has changed enormously since Friedman’s reassurance, and New Deal measures — some of which have been repealed over the years anyway — could be insufficient in a crisis as uncharted as this one.

Others agree that we are in territory Friedman never anticipated. “We just don’t know how the crisis will unfold,” Harvard University economist Ken Rogoff told the PBS Newshour on March 19. “We’re still in the war, and until we come out the other end, it’s hard to know.”

What we can be fairly sure of, noted Rogoff — who, with Carmen Reinhart, authored the 2009 bestseller This Time Is Different, a history of financial crises — is that the near-term drop in output could be worse than in 2008, requiring lots of federal rescue money. He called the government rescue plan, when it was projected at a mere $850 billion, “just a starter package on what’s going to end up needing to be done here.”

Rogoff and Eichengreen were speaking before an off-the-charts 3.3 million people filed unemployment claims in the week that ended March 21. There seems to be no precedent for a surge in unemployment this quick, another reason to expect a U-shaped future.

This month’s surge in unemployment claims broke all records. Photo credit: Adapted by WhoWhatWhy from FRED

Other factors once considered crucial may not be as critical as they used to be. In the 1930s, Irving Fisher, perhaps the world’s first celebrity economist, championed the “debt-deflation theory” of recessions, which held that the more indebted the economy when a crash comes, the longer any downturn. (“Balance-sheet recession” is a more recent term for the same idea.) Late last year, total credit-market debt equaled more than three times national output, which may seem high but is roughly where it’s been for the past 20 years, and is lower than it was in 2008.

“Recovery speed depends on whether economic policies sufficiently incentivize economic activity,” he says. “We had significant [debt] in the early 1980s, along with what appear to be insane interest rates of nearly 20 percent … as well as significant debt problems, including US banks having made imprudent loans to poor countries, and yet the recovery from the 1980–82 recession was incredibly fast, among the fastest on record.”

To be sure, some say the surreal economic projections now in the headlines are misleading, and that the economy is nowhere near anything like the catastrophe of the 1930s. Maybe, but uncertainty itself can be a constraint on recovery. That’s one reason the stock market surges one day then plunges the next, a degree of volatility that, like everything else in this crisis, is unprecedented. Until science knows how severe the pandemic will get, it’ll be hard to locate what analysts call a “firm floor” for stock prices, apart from zero, and equally hard to say how far real economic activity will contract.

“I don’t have a number for where recession ends and depression starts,” says Eichengreen. “But what made the post-1929 performance of the US economy so disastrous was not simply the level of unemployment but that the slump continued to worsen year after year for nearly four full years. I wouldn’t rule out unemployment rising to the double digits, since the economy is shut down. But the thing to worry about is how long the economy remains shut down and how long unemployment remains elevated.”