Opulence and eye-catching neon lights dominate the Las Vegas landscape, but just beneath the glitter lies a much different, dour place. While tourists pack the Strip, people experiencing homelessness crowd the nearby storm tunnels — and COVID-19 has upped the ante. And now, the clock is ticking toward a May 31 deadline when Nevada’s eviction moratorium ends.

Clark County, which includes Las Vegas, has been hit particularly hard by COVID-19, with more than 274,000 cases and 4,300 deaths to date. At the same time, the county’s homeless population has grown to just over 6,000, almost 2 percent of the total population.

According to the last available data from a federal Housing and Urban Development study in 2019, there were 183 family households, 674 veterans, 1,285 unaccompanied young adults (aged 18-24), and 715 individuals experiencing chronic homelessness.

“It’s a big, complex, nuanced issue that has a particular expression here in southern Nevada and Las Vegas,” said Nicholas Barr, an assistant professor of social work at the University of Nevada in Las Vegas (UNVL). Barr’s work includes studying homelessness and the impact of COVID-19 on the community.

“I think the basic understanding that researchers, policy advocates, and direct service workers have when it comes to the problem of homelessness is: We know what the solution is, and the

solution is housing,” Barr continued. “There’s no ambiguity; there’s no ifs, ands, buts, or maybes. The solution to homelessness is to provide affordable, sustainable, long-term housing, and everyone in the field understands that and knows that.”

However, housing in Nevada is not so accessible. Before the pandemic hit, Barr estimated that the state needed to create about 70,000 more affordable housing units in order to completely address housing needs. Nevada was also ranked among the last few states in the US where residents earning a minimum wage are able to afford housing.

This was before the pandemic. Barr says that now, Nevada residents — particularly marginalized people — are struggling under massive amounts of rental debt triggered by COVID-19 income losses.

In a previously published statement from UNLV, Barr insisted that “our number one priority should be preventing people from becoming homeless. Once they become homeless for the first time, it starts a negative cascade. It’s hard to escape from that system. I think we should be doing everything we can to keep people in their housing.”

Barr continued, stating that “people who are on the cusp of homelessness, or who are homeless, also are more likely to have underlying health conditions. They may not be able to afford or have access to healthy food options, they may not have access to affordable health care, and as such they’re less likely to be able to adopt healthy behaviors. It’s nearly impossible to prioritize exercise and eating well when you’re working two jobs and trying to keep a roof over your head. These underlying disparities also make them more susceptible to negative disease progression if they’re infected with COVID-19.”

Barr espoused a theory on the relationship between the pandemic and paucity of housing.

“We know homelessness in general is on the rise nationally according to the last three years of the national homelessness Point-in-Time Count. Rising numbers are concentrated particularly in  Western cities including Los Angeles, Las Vegas, and Seattle,” he said. “Current capacity in these hot spots is already insufficient, and, prior to the current health crisis, cities have been trying to push people into shelters. But, this has created another problem because shelters are ideal conditions to foment the spread of COVID.”

This comes when a nationwide eviction moratorium created by the Centers for Disease Control and Prevention is being disputed by a federal judge to determine its legality. In theory, the moratorium prevented people from becoming homeless because of an inability to pay rent that was caused by the pandemic. That being said, the moratorium was not necessarily upheld across the board, and many renters still faced illegal evictions during this time. 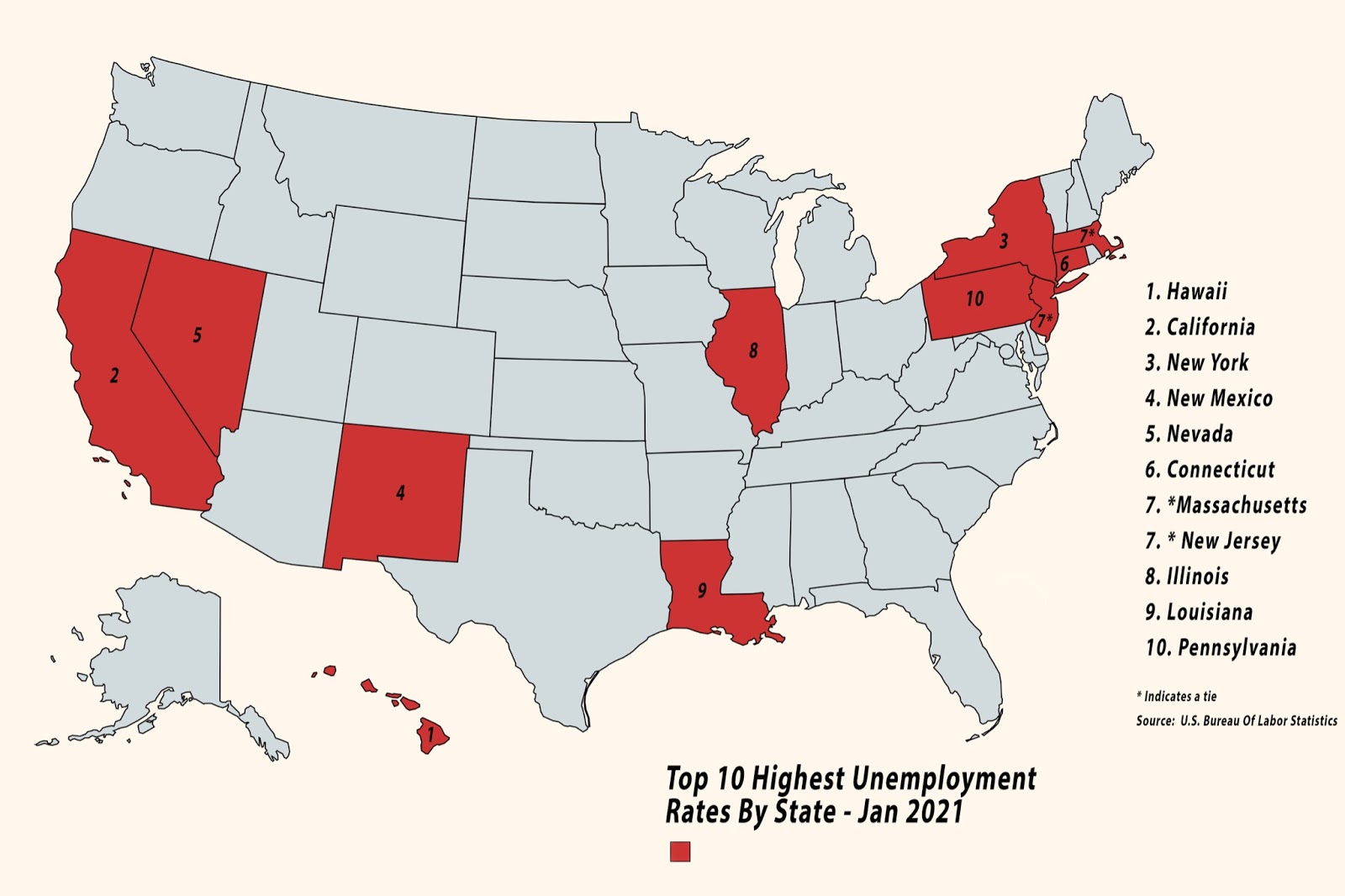 Nevada had the 5th highest unemployment rates in the country for the month of January 2021. Photo credit: Newsha Naderzad / WhoWhatWhy

Nevada Gov. Steve Sisolak (D) recently made his own decision to keep people housed until the end of May, though Sisolak stated that this will be the last statewide eviction moratorium. .

“Originally, I did not plan on extending this moratorium today,” Sisolak said. “But I’m not going to put thousands of Nevadans at risk of losing their homes while funding exists to help them and the landlords.”

Two weeks prior to the announcement extending Nevada’s moratorium, Sisolak expanded vaccine availability to include all residents 16 and older with underlying conditions, which is currently underway. Sisolak explained that “by continuing our strong push to vaccinate high-risk Nevadans, including seniors, individuals with underlying conditions, frontline workers, individuals with disabilities and Nevadans experiencing homelessness, we are working to protect the most vulnerable in our state.” 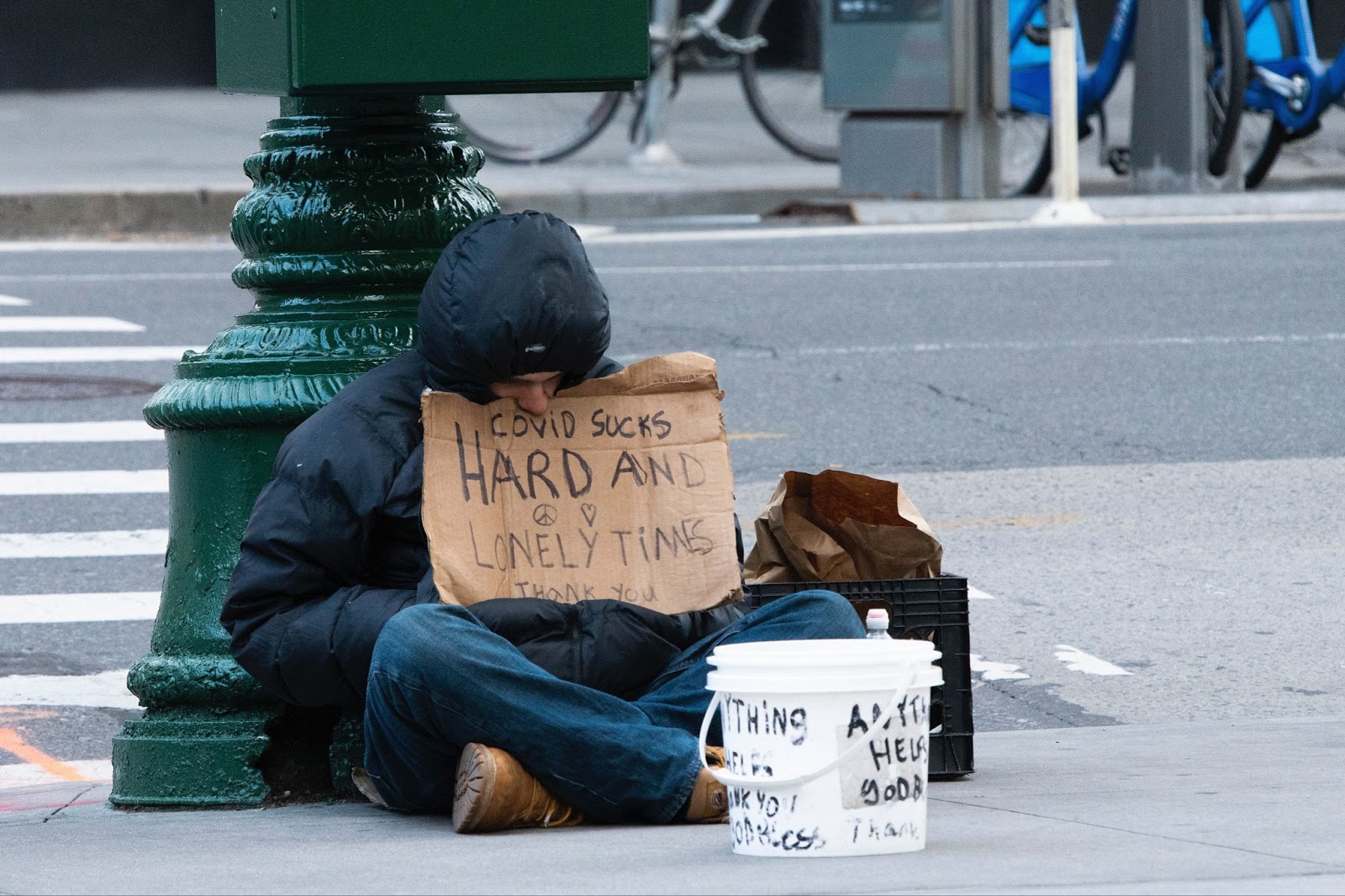 Meanwhile, in the midst of the economic revival of Sin City — including the full opening of three casinos with 80 percent of workers vaccinated — it should be acknowledged that Las Vegas actually spent funds to help the city’s homeless residents.

Over the past year, the city diverted as much as $20 million to the construction of the Courtyard Homelessness Resource Center, an open-air homeless shelter near the North Las Vegas neighborhood. In addition, Clark County, which includes Las Vegas, committed to using $12 million in marijuana tax income to combat homelessness in the area.

The county also opened its $8.4 million ISO-Q (isolation/quarantine) Complex for homeless individuals. Located in Cashman Field, the complex served as a facility of isolation housing for homeless individuals who had tested positive or come in contact with a COVID-19-positive person. Yet, the facility was closed within months of opening because of disuse.

But, despite each of these expenditures, homeless advocates say it is not enough.

Barr reiterates that “we need more affordable housing units, we need to sustain the units we have, and we need to prevent people from becoming homeless. That’s it.”