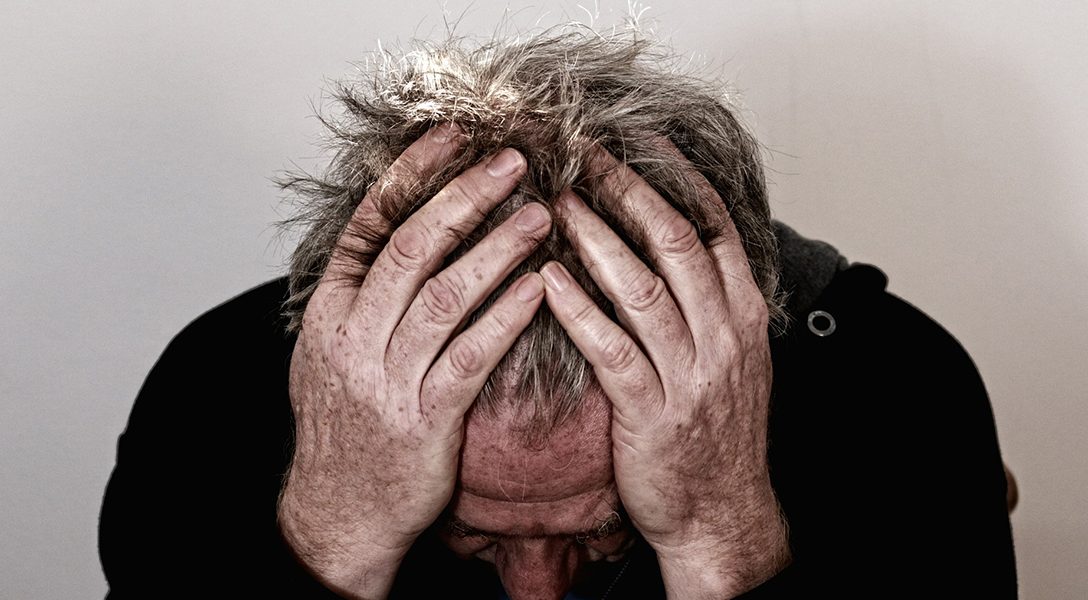 Battle Over Opioids: Surprising Push-Back, and Not From Dealers

The first known victims of prescription opioids were not hardened addicts who stole the drugs to get high. They were injured workers, whose treatment was driven by a narrative that changed the way doctors thought about pain. Now, says the physician who discovered those first deaths, a “huge counter-narrative” may be putting some unsuspecting patients in danger.

Nearly two decades ago, Dr. Gary Franklin identified 32 “definite or probable” deaths of injured workers in Washington State that had been caused by opioid medication. Franklin is medical director for Washington State’s Department of Labor and Industries, and a vice president of the nonprofit Physicians for Responsible Prescribing (PROP).

He was troubled that the affected workers had sustained only “routine injuries” — sprains and low back pain.

“The teaching at the time was that you should use opioids liberally, in everyone with pain,” Franklin said. “Doses were going through the roof.” The deaths, he said, occurred simply because the workers had taken the medication their doctors had prescribed. “They’re not suicides,” he told WhoWhatWhy. “A doctor gives a patient opioids. They go to sleep and don’t wake up.”

But when he discussed his findings at a meeting of the American Academy of Pain Medicine, “I was practically yelled out of the room. They didn’t want to hear it.”

“The first time he interviewed late-stage cancer patients,” he said, he found their testimony “very similar” to the victims of torture. “They’d do anything” to stop the pain.

A lot has happened since 2003, when Franklin faced a hostile audience. The US has been in the throes of a full-blown crisis that has claimed more than 200,000 lives, 40 percent of them involving prescription opioids.

The number of opioid prescriptions is beginning to decline. But even as late as 2015, enough opioids were prescribed to medicate every American around the clock for three weeks. With new federal guidelines and increased restrictions in at least half the states, the pendulum appears to be swinging toward regulation.

But the debate isn’t over, not by a longshot.

“There’s a huge counter-narrative,” Franklin charged. That narrative is driven in part by chronic pain patients who fear that they will lose access to medications they depend on, and buttressed by supportive nonprofits, as well as by some physicians who continue to question how addictive opioids really are.

Waiting in the wings are opioid makers, who continue to make new versions of their products, now touted as “abuse-deterrent.”

One of the new recruits to the “counter-narrative” camp appears to be the respected nonprofit Human Rights Watch (HRW). The group is still investigating the problem, interviewing scores of pain patients alarmed that they may be cut off from their medications, Diederik Lohman told WhoWhatWhy. Its full report is expected by the end of the year. But Lohman, health director for the group, makes clear that he’s been disturbed by what he’s heard. The new laws and guidelines, he contended, are intimidating many doctors who are worried that they will lose their medical licenses.

What About Chronic Pain Patients?

“A significant number of patients” who have benefited from opioids, Lohman said, now are being “involuntarily” cut off from these medications and “facing pain again.”

HRW got interested in the issue based on its longstanding work in developing countries with cancer patients and other terminally ill who received no drugs to relieve their terrible pain. “I worked on police abuse” in places where there was armed conflict, Lohman said. “The first time he interviewed late-stage cancer patients,” he said, he found their testimony “very similar” to the victims of torture. “They’d do anything” to stop the pain.

This new culture, which emphasized that pain had been undertreated, and that opioids were safe and effective, caused the company’s sales to explode.

Lohman acknowledged that none of the state laws or regulations or federal guidelines for opioid prescribers applies to cancer pain or those with terminal illnesses. Nevertheless, he said that the testimony HRW has gathered from chronic-pain patients demonstrates there’s a problem. And, he’s heard reports of even cancer patients “being denied morphine” because they were not terminal.

Critics of these new restrictions believe that addiction may happen, but that it’s rare. “People who follow doctor’s orders to the letter, they don’t have a problem,” Lohman insisted.

Addiction psychiatrist Sally Satel makes the same point. Satel, a resident scholar at the American Enterprise Institute, receives a lot of media attention for her views. In a recent op-ed, she claimed that “only a minority of people who are prescribed opioids for pain become addicted to them,” and that opioid deaths largely occur when addicted patients get additional drugs from “sources other than their own physicians.”

Those patients who do become addicted, she wrote, likely have suffered from depression or anxiety or “prior problems with drugs or alcohol.”

But Franklin found that 7.5 percent of Washington State’s workers who received at least one prescription for opioids during the first weeks after an injury went on to “chronic opioid use.” He added: “If they got at least two prescriptions, or more than seven days of opioids, they were twice as likely to become disabled a year later.”

His research, he said, demonstrates that “taking a little bit of painkiller … contributes to initiating and perpetuating disability. … It just looks like they’re in chronic pain. But actually they’ve become opioid dependent. And they may never come off.”

“You get hooked quickly,” Franklin said. Doctors were told that “addiction was rare,” he said. “Among all the lies, that was the biggest lie.”

It’s been difficult to police the few doctors who are the source of most of the overprescribing.

The “lie” took hold in the 1990s, after Purdue Pharma began aggressively marketing OxyContin. The company courted thousands of physicians, offering them expense-paid trips to learn about this new painkiller. It essentially changed the culture of pain management, experts say. And this new culture, which emphasized that pain had been undertreated, and that opioids were safe and effective, caused the company’s sales to explode. By 2000, OxyContin sales totaled $1.1 billion, and would climb much higher.

Seven years later, Purdue Pharma pled guilty in federal court, admitting it had misled doctors and the public about the risk of addiction, and agreeing to pay $600 million in penalties.

But that did not mean that Purdue and other companies had given up. Between 2006 and 2015 opioid makers reportedly spent nearly $900 million on lobbying and grants to patient groups and other nonprofits, trying to hold on to the the legislative victories the companies had won in the 1990s.

Is drug company money supporting this current pushback? Lohman said that HRW does not receive direct or indirect support from drug companies for any aspect of its work.

And the testimony he’s heard is borne out by other surveys of thousands of chronic pain patients who report that their doctors no longer want to treat them, or want to cut them off from the opioids they have depended on.

Purdue, now facing scores of lawsuits from states dealing with the consequences of the opioid crisis, have been paying lip service to the need for more responsible prescribing and the risks of addiction.

But as Diana Zuckerman, president of the National Center for Health Research, told WhoWhatWhy: “It’s obviously politically correct to say this is a terrible crisis and we’re going to do everything we can. But for companies that are trying to sell their product, selling less is not helpful to their bottom line.”

While Lohman’s concern for chronic pain patients may be entirely sincere, the arguments he makes about the risks of addiction from these powerful painkillers appear to echo the very same arguments that pain physicians, with extensive links to opioid makers, have put forward for years.

Moreover, in its 2014 annual report, the most recent report for which significant donors are listed, HRW reported a grant of $100,000 or more from the US Cancer Pain Relief Committee. The committee’s five-member board includes two prominent pain doctors, Richard Payne and Russell Portenoy, who have received financial support from Purdue Pharma. (HRW also has received substantial grants from many other funders, including the Open Society Foundations, the Ford Foundation, and the Public Welfare Foundation.)

Last March, 20 public television stations aired a documentary, The Painful Truth, paid for by Dr. Lynn Webster, a pain specialist with longtime financial ties to opioid makers. The documentary raised concerns that the new restrictions on opioids harmed thousands of patients. Viewers were not informed about those financial relationships or the financial ties of other physicians who appeared in the documentary.

This pushback has not yet prevented stricter standards from taking hold.

For example, new rules for pain clinics in three states — Florida, Ohio, and Kentucky — helped decreased opioid prescribing in many counties. As of March 2018, 25 states had tightened their rules or guidelines on opioid prescriptions.

The Centers for Disease Control and Prevention (CDC) in 2016 issued comprehensive guidelines, advising primary care physicians to limit the use of opioids in treating patients with chronic pain. The CDC recommends using opioids only when all other treatment options have been exhausted, giving the lowest possible doses, and continuing to prescribe them only if it reduces patients’ pain and improves how they function in “clinically significant” ways.

In 2017, the CDC issued a factsheet that encouraged doctors to also curb their prescribing of opioids for acute pain as well — limiting duration of treatment to under a week, and restricting the size of doses. The CDC informed physicians that prescribing opioids for more than three months increases the risk of addiction by 15 times. Giving an opioid equivalent to 90 milligrams or more of morphine a day increases the risk of a fatal overdose by ten times.

However, Franklin believes there continue to be big problems. Opioids still are routinely given for acute pain after surgery or even tooth extractions, he said. “Eight-five percent of dentists are still using opioids as first-line therapy. The median number of pills they’re giving is 20 pills.”

And while some doctors might fear losing their medical licenses if they prescribe opioids too liberally, those fears may be overblown.

Granted, there has been more scrutiny of physicians by the Drug Enforcement Agency (DEA), experts say. But even then, few physicians were implicated. In 2016, for example, the DEA took action against 479 physicians, a tiny fraction of the more than 800,000 doctors in the US. While state medical boards have increased their discipline of doctors, the boards actually sanction very few physicians. In 2012, for example, fewer than one percent of actively licensed physicians were disciplined by state boards. Between 2010 and 2014, Ohio’s state medical board reviewed only about 35 doctors a year because of concerns about their overprescribing.

State medical boards, Franklin said, lack the resources to scrutinize doctors and rarely act unless there is a complaint. When facing board scrutiny, “the doctors lawyer up,” and usually escape strong punishments, he said. That’s particularly true in states with laws that give doctors wide discretion in prescribing FDA-approved drugs. “It’s very hard for these boards to be effective,” he said.

Indeed, it’s been difficult to police the few doctors who are the source of most of the overprescribing.

And drug companies have not ceased making or marketing opioids. Companies now are pitching “abuse-deterrent” products. That term is widely misunderstood, Zuckerman said. “There is this assumption by patients, family members, and doctors that it means less addictive.”

But all the term really means is that you can’t crush the pills, so you can’t inject or snort them. Zuckerman and experts at her center have urged the FDA to do more to inform doctors about the label’s true meaning, and to apply more scrutiny when being asked to approve “abuse-deterrent” painkillers. As of mid-July 2017, the FDA had approved the “abuse-deterrent” label for eight opioid drugs.

“Obviously abuse-deterrent has great marketing appeal, more appeal than crush-resistant,” she added. “The companies have no incentive — and no interest — in clarifying that point.”