Asian Americans Aren’t a Monolith, but COVID-19 Data Treats Them All the Same

As the pandemic began engulfing New York City last year, a 24-hour-a-day convenience store called Punjab Grocery & Halal Meat stood out on Coney Island Avenue as a pillar of the “Little Pakistan” neighborhood of Brooklyn. Run by two Pakistani brothers, Ahmed and Mustafa Razvi, the store stocking essential Pakistani and Indian goods and groceries stayed open around the clock, until suddenly it began closing from 9 p.m. to 9 a.m. as COVID-19 hit home and left the store short-staffed.

“We did all the precautions we could,” Ahmed Razvi said. “We put glass screens, masks, hand sanitizer, and Lysol, but at the end of the day there were no vaccines.”

One of Razvi’s employees contracted COVID-19 and spread it to three other workers in the store. The employee’s brother-in-law, also Pakistani, died from COVID-19 after visiting him, as did the employee’s mother.

“I only knew because they were my workers, so they told me, but there was no other official place or person that came and gave me information about it,” Razvi said.

His story doesn’t just apply to Pakistani New Yorkers, but it does show that, since the start of the pandemic last year, deaths from COVID-19 and related illnesses of South Asian Americans in New York City have been undercounted, according to community leaders.

“Our city doesn’t actually use data in the most effective way. It didn’t allow for the South Asian diaspora to be seen in a validating way,” said Felicia Singh, a Democratic frontrunner for New York City Council. “How are we supposed to know what services are needed in communities when we don’t disaggregate the data and collect in a way that helps us really see who they are?”

She says it’s a question that continues to frustrate South Asian leaders and health experts nationally.

Health experts support the argument that COVID-19 data has not been analyzed properly to focus on minorities lagging in vaccinations and testing. With the Delta variant called the “pandemic of the unvaccinated,” breaking down COVID-19 health data by ethnicity could greatly improve targeting people who still need to be vaccinated.

The pandemic has raised the question of whether “Asian American” as a statistical category is useless because it is simply too broad. The 2020 census shows the United States is home to about 24 million Asians who trace their roots to 48 countries in Asia and three territories. These countries all have different cultures with different diets and lifestyles, as well as genetic backgrounds, yet because current health data generalizes across the Asian continent, no one knows how COVID-19’s impact differs for Russian Americans versus Indo-Caribbean Americans.

Of those identifying as Asian American, 4.6 million are South Asian Americans, hailing from Afghanistan, Bangladesh, Bhutan, India, Maldives, Pakistan, Nepal, and Sri Lanka, as well as those whose descendants settled in the Caribbean. Lack of specific data based on country of origin means we’re in the dark, says Joy Chowdhury, founder of the South Asian American Voters Association. 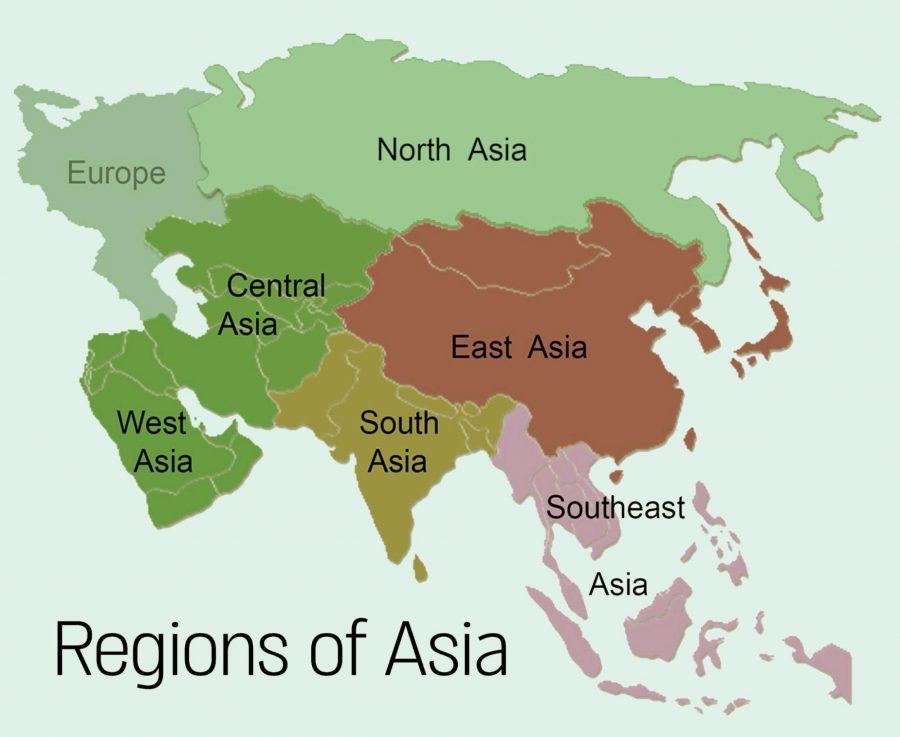 Chowdhury started his organization when he ran unsuccessfully for New York’s Assembly District 24 in 2020. Since then, he has used his organization to assist South Asian Americans in Queens with vaccination appointments, language translations, and food insecurity through food drives. He believes that data broken down into more categories would confirm the number of South Asians’ deaths due to COVID-19 is greater than what the media reports.

“They pass away in the hospital, and we don’t have anyone reach out to the hospital claiming that’s their relatives,” he said. “I am the only person from my family here actually, so just like many members of our community, if I passed away, no one would know, no one would find out about it.”

Razvi shared a story similar to Chowdhury’s. He explained that unidentified Muslim members of the South Asian community were dying in hospitals and, instead of being given Islamic burials, their bodies were cremated.

“My friend owns a Muslim funeral home. He found out and brought a freezer trailer and built big coffins that could fit 20 to 30 people. He stored the frozen bodies until he got permission to properly carry out Islamic burials. I’m 100 percent not surprised the numbers don’t match what’s reported and what’s really out there,” he said.

“Not too many people know that at all. I don’t even think the federal, city, state agencies know that because who is John Doe? We’re falling left and right like flies here, and we’re left to voice it out and let people in our community know COVID is not a damn joke,” Razvi added.

If the bodies are not identified before cremation, they could be misclassified and therefore not included in the “South Asian” category, which in turn affects the accuracy of COVID-19 data. 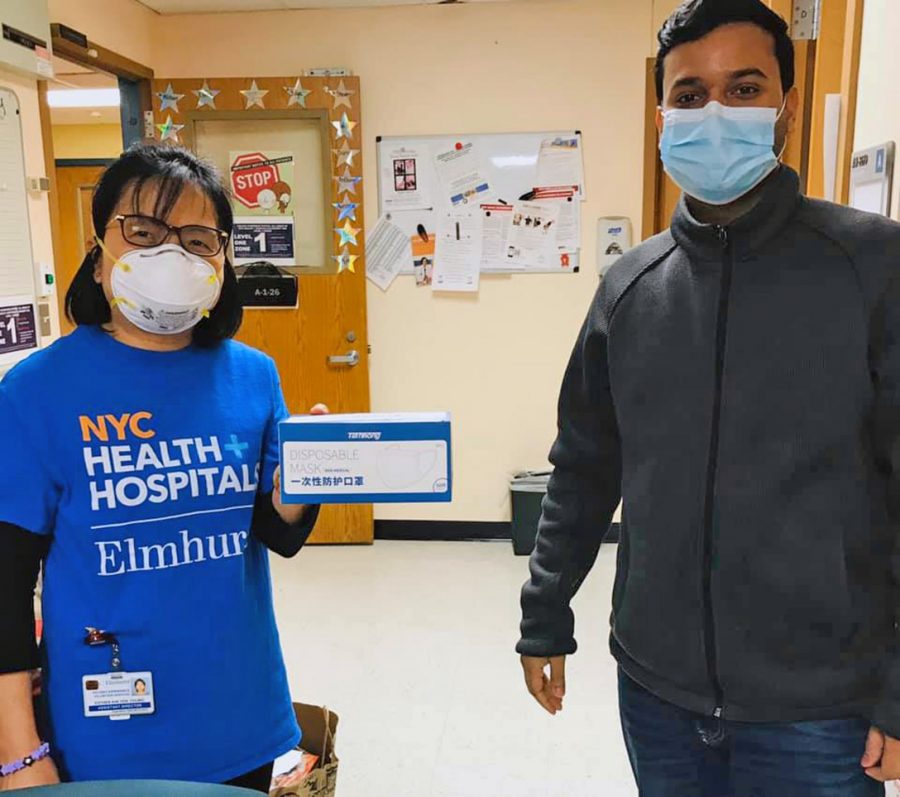 Both Chowdhury’s and Razvi’s firsthand experiences convey the dire health situation for South Asians, but studies examining the groups hardest hit by COVID-19 do not provide any information on South Asians.

The Kaiser Family Foundation, one of the United States’ leading organizations for health data, concluded from a study of 50 million patients that Asian Americans were most likely to die from COVID-19. The study didn’t specify ethnicities though, so the public can’t flag specific Asian groups that need attention.

Asian Americans are now the fastest-growing racial group in the United States, having increased by 35.5 percent in the past decade. If they are not being counted accurately, it raises concerns that other segments of the population may also be absent from current health data and therefore not be a focus for vaccination programs.

For instance, the Latinx population in Maryland lagged in vaccinations until the state introduced “promotoras,” Spanish-speaking volunteers who translated COVID-19 information in public areas, in June 2021. Within a few weeks, 50 percent of Latinx residents were vaccinated with at least one shot, and health experts attributed this milestone to the promotora program.

Specific health data broken down by ethnicity could lead to initiatives like the promotoras in other languages, which could combat COVID-19 misinformation and increase vaccinations.

“The lack of disaggregated data on the broader Asian community — without including the even larger Asian American, Native Hawaiian, and Pacific Islander community, that is often grouped together — has roots in American perceptions of ‘Asianness.’” Suryanarayanan said. “It’s often falsely homogenous and fails to account for the fact that we’re an incredibly diverse community, with privileges and disparities of our own.”

One of the few coronavirus-related studies to show data by ethnic group and not just race was put together by three groups: Yale University, the BMJ, and Cold Spring Harbor Laboratory.

The November 2020 study covered more than 85,000 patients who were tested for COVID-19 at NYC Health + Hospitals between March 1 and May 31, 2020. The study revealed information not apparent in the Centers for Disease Control and Prevention data. The CDC report said Asian Americans had “a slightly higher burden than Whites.”

South Asian Americans living in poor or non-English speaking households have a harder time getting vaccinated than those in richer, educated households, where residents understand COVID-19 guidance. The former are also more vulnerable to COVID-19 on the frontlines and in multigenerational households, while the latter often have jobs that can be done from home. 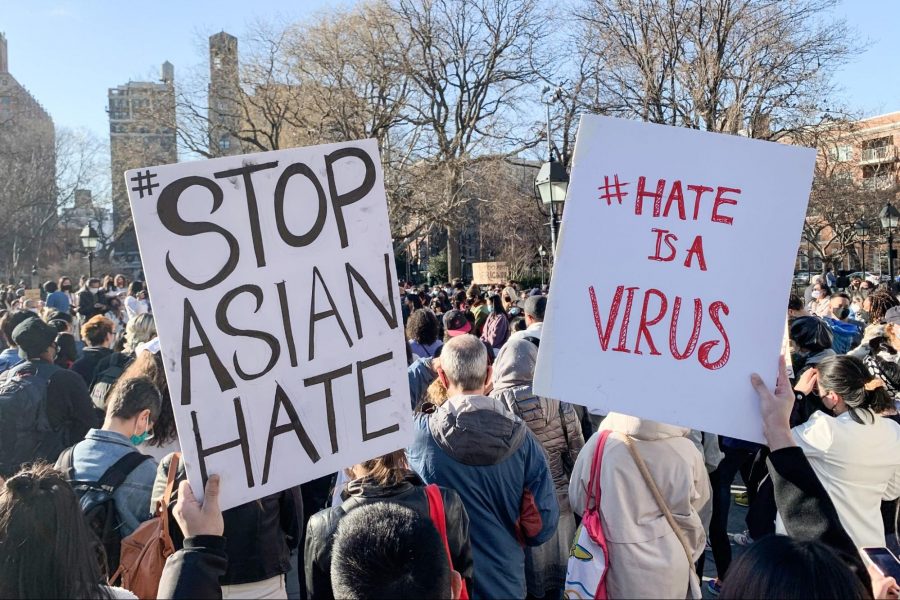 South Asian Americans are also likely to have other risk factors: They experience higher rates of obesity, diabetes, hypertension, and heart diseases than other Asian ethnic subgroups, on par with or higher than Black and Hispanic American patients.

Dr. Niyati Parekh, executive director of doctoral studies at New York University and faculty facilitator of the South Asian Health and Research (SAHARA) Initiative, corroborated this explanation and explained how immigrants’ shifting diets can make them vulnerable to diseases.

“It’s called acculturation. Now not only are they eating some of the foods from India, but also picking up some of the unhealthy habits here,” said Parekh. The Westernized diet puts them at risk for chronic disease, which in turn increases the risks of contracting COVID-19.

There are nonprofits trying to narrow the gap in COVID-19 prevention for South Asians.

For instance, Nepalese-serving nonprofit Adhikaar instated its own crisis plan and provided support that the government did not. Its efforts included: advocating for testing sites, registering members for vaccine appointments, and facilitating online checkups with volunteer doctors and nurses. 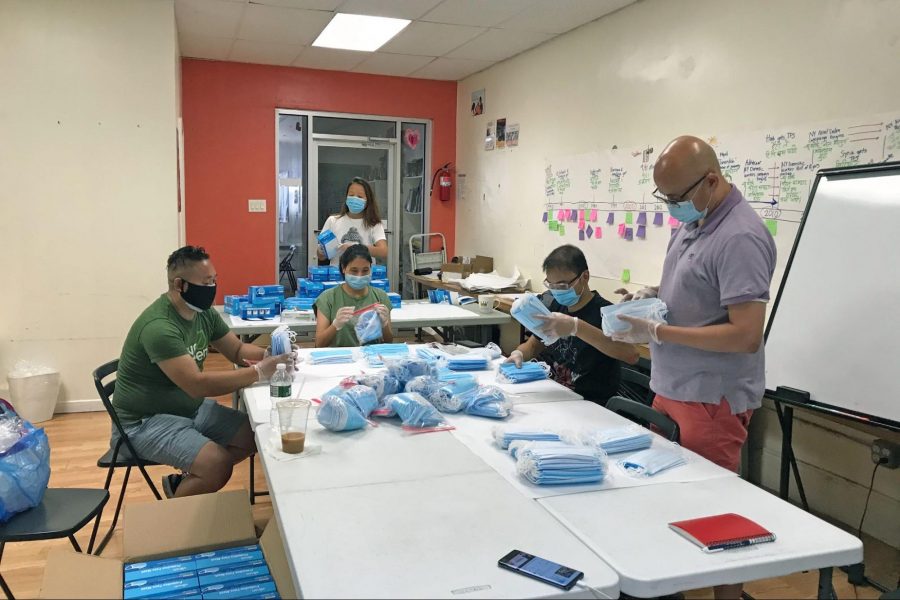 These organizations help bridge the knowledge gap for South Asian Americans, but they do not have the funding to assist on a national scale.

For Chowdhury, a lack of state and federal resources in South Asian languages is a hurdle his organization can’t overcome alone.

“The majority of members from our community are immigrants. Even though resources are there, they don’t have access to them because they’re not comfortable speaking other languages, and they can’t find anybody to speak their languages. We need organizations like government agencies to have representatives that speak our languages,” he said.

Like many South Asian American advocates who run for political office, he made language accessibility one of his campaign promises. These frustrations, however, often fall on deaf ears; the only South Asian language assistance included on the CDC website is in Farsi.

“We could see this scaled to a national level if there was dedicated investment in South Asian community organizations that provide in-language support to South Asian communities in equitable, anti-fascist, and caste abolitionist manners,” Suryanarayanan added.

With the Delta variant blazing across the United States, detailed health data is vital for more accurate COVID-19 detection and prevention, and to increase vaccination availability for South Asian Americans.

As for Punjab Grocery & Halal Meat, Razvi’s predominantly South Asian customers have started to understand the gravity of COVID-19 after losing family and friends.

“Now, regular customers come in and say someone passed away in my family from COVID-19.  It’s different now. They ask what are you doing for COVID-19. Did you take the shot? You need to take the shot,” Razvi said.

He plans to take additional precautions to keep his employees and customers safe.

“I’ll make sure everyone is vaccinated, absolutely. I still have the screen guards on counters and our meat section counter so we have more coverage, but then that doesn’t mean anything without wearing masks, spacing, and having limited people in the store at one time,” he said.

“The next thing we’re going to do is booster shots, so at least we have that covered.”