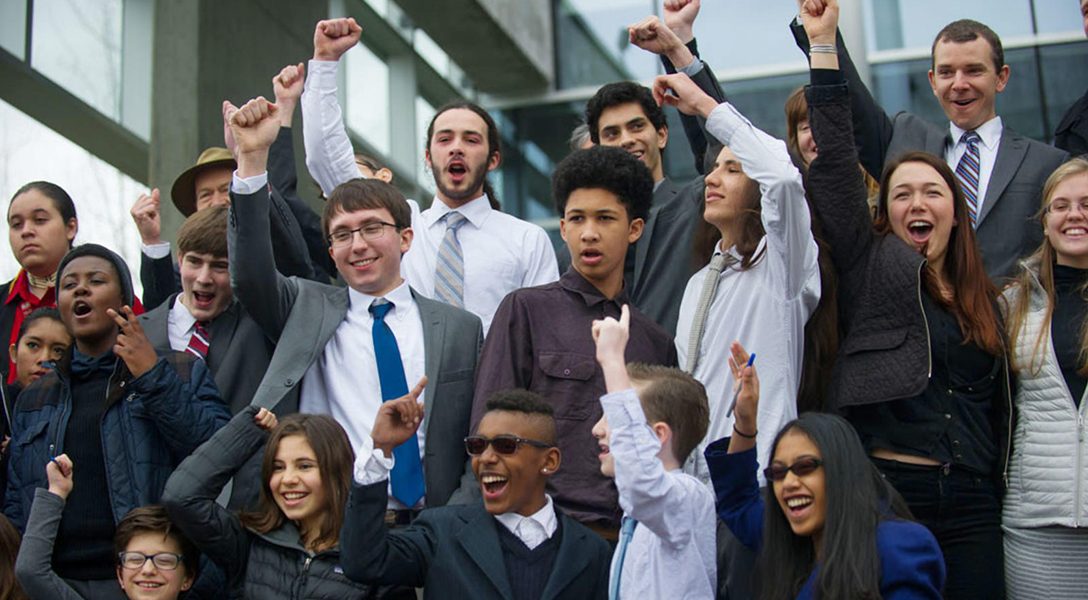 Young climate activists, between the ages of eight and nineteen, are fighting in court to force the US government to take action against climate change. Photo credit: Our Children's Trust
Environment Government Integrity

A three-judge panel in California unanimously ruled that the lawsuit of 21 young people, who want to force the government to take action on climate change, can proceed.

“The question of the last few years has not been ‘do we have a case?’ but rather, ‘how far will the federal government go to prevent justice?’” said 21-year-old plaintiff Kiran Oommen. “We have seen that they are willing to go to many lengths to cover up their crimes and maintain the status quo, but not even the Trump administration can go far enough to escape the inevitable tide of social progress. The Ninth Circuit’s decision affirms that we are on the side of justice, and for justice, we are moving forward. We’ll see you in court.”

Filed by Our Children’s Trust, representing 21 plaintiffs between the age of eight and nineteen (at the time it was initially filed), the lawsuit charges the government with violating their constitutional right to life, liberty and property. The lawsuit aims to force the government into action on climate change.

“At trial, the youth plaintiffs will seek systemic, science-based climate recovery action by our federal government. This lawsuit will counter the dangerous policies of our climate change-denying president before it’s too late,” the group stated.

While originally filed against the Obama administration in 2015, the case has taken on a bigger significance since the election of President Donald Trump, an ardent denier of man-made climate change. Trump has filled his administration with like-minded people, including Scott Pruitt — the head of the Environmental Protection Agency (EPA) — who is also named in the lawsuit.

The Obama administration was, in part, able to escape litigation by claiming it was cooperating with other nations to deal with climate change. Since Trump withdrew the US from the internationally recognized Paris Agreement, this option is no longer possible. Instead, he filed a petition for writ of mandamus — a move deemed “drastic and extraordinary” by the court — in an attempt to get the case dismissed.

Judge Ann Aiken green-lighted this case in November 2016, stating that previous legal inaction was a factor: “Federal courts too often have been cautious and overly deferential in the arena of environmental law, and the world has suffered for it,” Aiken said. She originally set the trial date for February 2018, but the writ of mandamus caused its delay.

With the appeal out of the way, the plaintiffs are hoping to proceed quickly.

“The Ninth Circuit clearly recognized the importance of a complete record at trial particularly as to the climate science,” said Philip L. Gregory, co-lead counsel for the youth plaintiffs. “We will promptly ask the District Court for a trial date in 2018 so that the urgency of the climate crisis can be addressed through appropriate remedies.”