Why Scientists Are Rallying to Save Ponds

This story by Jack McGovan originally appeared in The Revelator and is republished here as part of Covering Climate Now, a global journalism collaboration strengthening coverage of the climate story.

Thomas Mehner’s research team has spent the past few years wading through ponds in Brandenburg — the state surrounding Germany’s capital city, Berlin. It wasn’t the increasingly hot summers that forced them into the cool water. They were collecting samples for analysis — something not many other people are doing.

“Northeast Germany is blessed with lakes, so if you talk with people about ponds, they say, ‘Are they so important?’” says Mehner, a researcher at the Leibniz-Institute of Freshwater Ecology and Inland Fisheries in Friedrichshagen, Berlin.

The answer, it turns out, is yes.

Ponds take so many forms across the world that the word “pond” can be quite difficult to define. Typically, however, they’re smaller and shallower than lakes. As to their importance, research suggests that ponds are better for biodiversity than many larger bodies of water. They’ve been found to support more plants and animals overall, including many endangered species.

That’s part of what guides Mehner’s research on ponds. His team gathers information on insect larvae and environmental DNA to detect the presence of fish and amphibians. They also collect traces of greenhouse gases like methane and carbon dioxide to examine the link between the biodiversity of water bodies and its impact on emissions in the environment.

Their work is part of a larger effort.

Mehner is the German partner for POND Ecosystems for Resilient Future Landscapes in a changing climate — PONDERFUL, for short. The international project examines hundreds of ponds across Europe — and beyond — to see how they can help provide climate change solutions and boost conservation.

But for these often-ignored water bodies to help us and support wildlife, researchers say ponds also need protections.

Ponds can be just as diverse as the ecosystems they support. In Germany, for example, ponds were typically carved out by glaciers during the last ice age, says Mehner. In the United Kingdom, they were largely excavated by farmers for rearing cattle. Some ponds are a permanent fixture of the landscape, while others only exist during certain periods of the year.

Regardless of their origins, ponds have helped provide refuge for wild animals and plants. Unfortunately, despite decades of research showing ponds’ importance to biodiversity, they’re often overlooked by policymakers and the public.

The current policy that covers standing waters in the UK and European Union — the EU Water Framework Directive — largely excludes bodies of less than 50 hectares (~124 acres).

As a result, ponds are essentially ignored, which means they’re not monitored by authorities and are allowed to languish, blocking potential climate and biodiversity benefits.

PONDERFUL hopes to change this. One of its major goals is to gather data that can be shared with policymakers to highlight the importance of ponds so they’re given more attention. 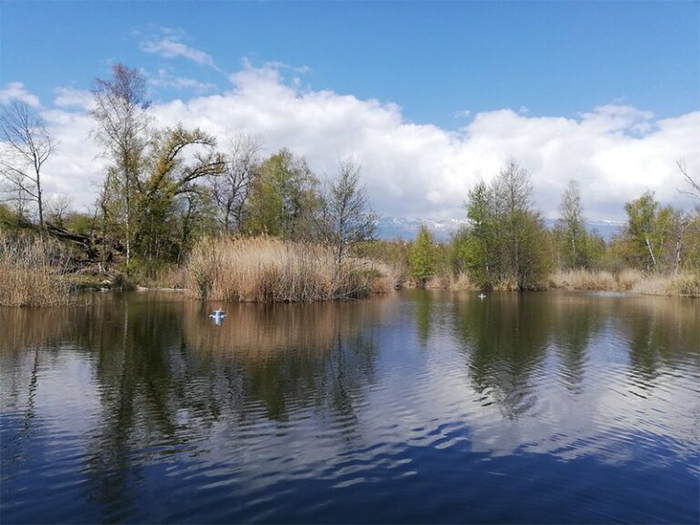 Time is of the essence.

Some of the ponds that Mehner studies are located in the small municipality of Schöneiche, on the border of Berlin and Brandenburg, where ponds are disappearing.

“This is really a reflection of climate change,” he says. The lack of rain in recent years has depleted the ponds, which also suffer from urban pressures. Berlin consumes a lot of groundwater from surrounding areas, further pushing the groundwater-fed ponds to the breaking point.

This isn’t an isolated problem.

Research from the Swiss Federal Institute of Aquatic Science and Technology found that 90 percent of ponds in Switzerland have been lost over the last two centuries. The UK had an estimated 800,000 ponds at the start of the 20th century; today less than a quarter of those remain. In Austria, researchers found that 70 percent of temporary saline ponds were lost over a 60-year period.

Unlike in Brandenburg, in these countries the loss of ponds has been linked to agricultural intensification, with farms either filling in the ponds, plowing over them, or draining them.

Whatever the reason for their perilous states, researchers hope that better data can help guide government policy.

There’s evidence elsewhere that it can.

Elias Bizuru, director of research and innovation at the University of Rwanda, helped to build the Rwanda Biodiversity Information System. Starting in 2018, researchers collected data from wetlands and other freshwater habitats and made it all available on one system.

“The information related to biodiversity in Rwanda was scattered across institutions, and getting that information was a very, very big challenge,” says Bizuru. Without the information at hand, researchers like himself found it difficult to make suggestions on the kind of actions decision-makers should take to protect wetlands.

When they do have easily accessible data, Bizuru says, the Rwandan government can be quite successful in its interventions. The Nyandungu Eco-Tourism Park, for example, was a degraded wetland six years ago. Now, after a restoration project, it’s host to a wide range of native species, including dragonflies, snakes, amphibians, birds, and a range of plants.

In the UK, the Norfolk Pond Project has conducted similar work. Carl Sayer and Helen Greaves, colleagues in the geography department at University College London, have together helped to restore more than 200 ponds originally dug for agricultural purposes.

To restore them, Sayer and Greaves would simply clear up mud and remove trees from the area, letting nature do the rest. A study published by the pair in 2020 highlighted significant increases in aquatic plants, invertebrates, and amphibians after their interventions. 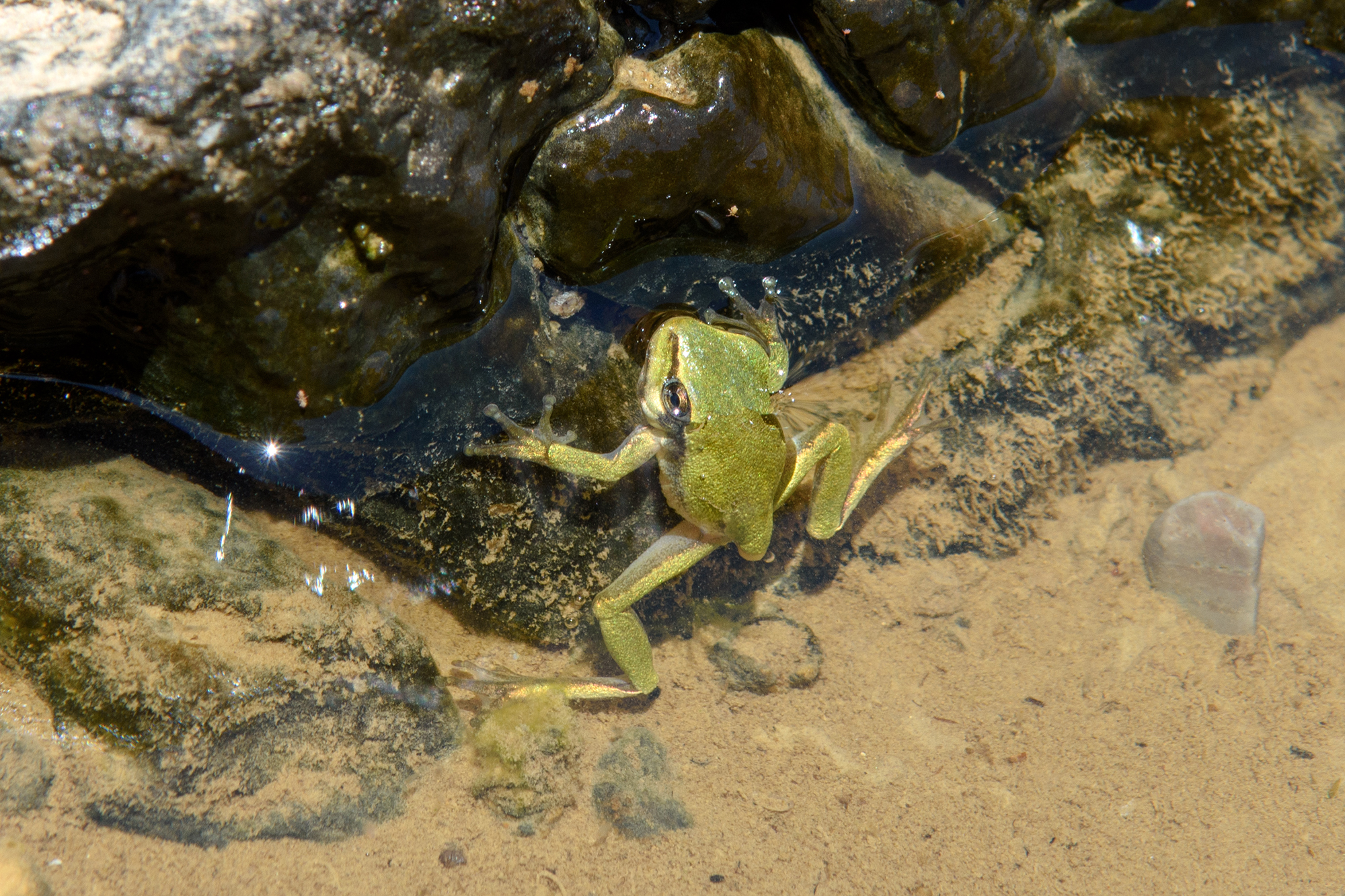 Zsófia Horváth, a community ecologist at the Institute of Aquatic Ecology in Budapest, runs a citizen science campaign for ponds in urban areas across Hungary. Her research team has collected biodiversity data from 386 ponds and surveyed more than 800 pond owners to find out which interventions people can take to make their ponds more biodiverse.

During a previous research project in Austria, she found that if one pond disappears, others suffer.

She tells me that ponds function for the species they host the same way islands might for humans at sea. The more islands are lost, the more precarious it becomes for a seafarer to access the resources they need to survive.

“You’re taking out these important members of the network,” she says. Their research looked into zooplankton populations — crustaceans and rotifers — since the 1950s and found that species loss correlated with a reduction in the number of ponds in the area.

The idea that it’s important to create networks of ponds is also shared by Sayer, and it’s a long-term goal of the Norfolk Pond Project.

“I’d love to see whole areas joined, where we restore ponds in one landscape and another, and then we link it all up,” he says.

“It’s so easy to ignore a habitat if you don’t know what kind of service it can offer humanity,” she says. “It’s kind of a very profane, human-oriented point of view — but this is how policymakers and the general public work.”