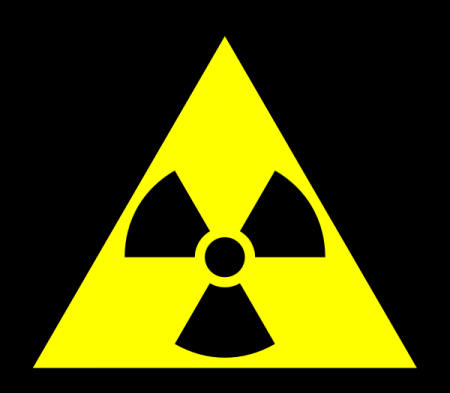 Barrels of nuclear waste at this isolation plant could be a ticking time bomb. Photo credit: Department of Energy
Environment Barrels of nuclear waste at this isolation plant could be a ticking time bomb. Photo credit: Department of Energy

A 2014 explosion at a remote facility in New Mexico has exposed a cover-up of the mounting problems encountered in modernizing the United States nuclear weapons arsenal. What US officials have called “stockpile stewardship”—the maintenance of an aging supply of nuclear weapons without detonation—has failed its first major test: disposal of the waste from three-quarters of a century of weapons development.

The cause of the 2014 explosion? The inadvertent use of the wrong kind of kitty litter, the supposedly inert material prescribed for packing around the waste in steel storage barrels. While the Department of Energy (DOE) originally reported that the damage was only to one barrel, New Mexico state officials now say that the damage may involve as many as 500 barrels of radioactive waste.

The waste came from Los Alamos National Laboratory, the flagship of the US nuclear weapons complex, where instructions to pack the waste with “inorganic” material was reportedly misread as “in organic” material.

This error, which would be laughably absurd if the consequences weren’t so serious, neatly illustrates the high-tech/low-tech mashup that has made the storage of nuclear waste such a contentious issue over the past seven decades.

Government regulations currently recognize at least three categories of the nuclear waste stored at various locations across the country: high-level, low-level, and mill tailings. Anti-nuclear activists believe that dividing the waste into multiple categories is actually a bureaucratic tactic designed to fool the public into believing that the government is taking care of this massive  and potentially deadly problem.

The waste at WIPP—a byproduct of the US nuclear weapons complex dating back to 1942—is considered “transuranic” (TRU). This term refers to contamination by elements beyond uranium in the periodic table, including the plutonium used in nuclear bombs. This kind of waste is unstable and remains dangerously radioactive for a very long time.

For safety’s sake, TRU waste should be buried without possibility of human contact for more than a quarter million years. The US government has spent tens of billions to achieve that goal of virtually “permanent” storage. First proposed in the 1970s, the WIPP facility was completed in the 1990s and has been operational for about a dozen years.

But WIPP’s complex containment system was breached in last year’s fire and explosion, which spread plutonium for miles around the plant. Exactly what happened 2,000 feet underground to trigger this disaster is not known, because the DOE has not been forthcoming about the details. But the bits and pieces of the story unearthed so far are deeply disturbing.

WIPP’s radioactive waste is “in danger of explosion,” says Secretary Ryan Flynn of the New Mexico Environmental Department. Flynn warns that the facility poses an “imminent” and “substantial” threat to public health and the environment. In addition to the 369 at-risk barrels the state has identified at WIPP, at least another 100 barrels at a site in Texas are a source of concern. The exact location of these barrels has not been made clear.

The time bomb at WIPP began ticking when a truck fire followed by an unrelated explosion a few days later caused massive damage, according to the DOE report. Waste barrels were packed with commercially available “Swheat” brand organic kitty litter, rather than industry-standard “inorganic kitty litter.” The contents of the waste barrel reacted with the kitty litter and exploded in what US Secretary of Energy Ernest Moniz called a “thermal event,” which is government-speak for an explosion that generated an unusual amount of heat. The destruction seen on remote cameras sent to the site of the explosion shows flame-scorched drums oozing their deadly contents.

That crisis unfolded when workers heard what was described as a “green burst” and “popping noises” at the facility. A warning siren, the eerie harbinger of a nuclear accident, signaled a radiation release and emergency ventilation fans were switched on to exhaust the contaminated air through special filters—which failed. Thirteen workers underground at the time of the explosion tested positive for “internal radioactive contamination” from radioactive elements released by the explosion; another 21 workers on the surface were also exposed to radiation. Any unplanned exposure to radiation whatsoever is termed “dangerous” under US environmental law.

Because of the accident, it’s possible that WIPP will not be reopened for years and therefore won’t be able to receive waste from sites across the US.

This has turned a spotlight on the other sites in the US capable of storing nuclear waste.

One is the upstate New York hamlet of West Valley, due south of Buffalo, which houses Cold War-era nuclear waste mixed with waste generated by nuclear power plants. Like WIPP, the West Valley facility has a history of failed containment.

A Wee Bit of History

The 3,300-acre disposal site was the brainchild of former governor Nelson Rockefeller, who planned to make New York State a leader in what was to be the emerging industry of nuclear waste reprocessing.

During the war, weapons-grade uranium for the A-bomb was recovered from raw uranium ore at the still-operating uranium refinery located in the lakeside community of Port Hope, Ontario. The partially processed bomb fuel was shipped to top secret factories near Buffalo for further processing, before being sent on to processing facilities across the United States.

In those days, environmental protections were virtually unheard of. Wartime expediency dictated that waste from the project was often directly dumped into rivers, lakes and streams as well as into the air and into landfills.

The Manhattan Project was followed by more than four decades of Cold War confrontation with the Soviet Union. According to former DOE advisor Robert Alvarez, expansion of the American nuclear arsenal during this period left some two million cubic meters of deadly radioactive waste

The Environmental Protection Agency (EPA) claims the waste volume is only half Alvarez’s estimate. That would still be enough to fill somewhere between one and two Empire State Buildings, depending on how waste is defined. By anyone’s estimate, the immense quantities of clothing, machinery, and other gear contaminated by plutonium and other cancer-causing radionuclides add up to a multi-billion-dollar disposal headache.

The radioactive waste currently held at West Valley’s waste facility was earmarked for WIPP. Now, activists and New Mexico officials say it may have to wait years longer for removal. According to Diane D’Arrigo of the Nuclear Information and Resource Service, an anti-nuclear group, if New Mexico’s WIPP stays offline, that means no West Valley waste goes west.

This poses serious environmental problems that earlier generations never foresaw. “The reality of West Valley is that it’s leaking into the Great Lakes,” D’Arrigo told WhoWhatWhy.

Government spokespeople have long maintained West Valley’s waste would never find its way from the site into the Great Lakes. Yet D’Arrigo told WhoWhatWhy, “Radioactivity is migrating into the [nearby] creeks and rivers, and plutonium has been found in Lake Ontario,” leading to mounting “concern that the waste can’t stay there.” Joanne Hameister of the Coalition on West Valley Nuclear Waste, an advocacy group of local activists and national anti-nuclear organizations, says of the local waste, “We do not suggest moving it until there is a verifiably safe repository.” Don Hancock in New Mexico says that WIPP cannot take on that role. Former New Mexico Senator Jeff Bingaman supports a 2004 letter to the DOE which asserted that weapons waste from the N-Reactor stored at West Valley was mixed with commercial non-defense waste and therefore the senator wrote: “I ask that you do not dispose the West Valley’s non-defense (waste) at WIPP…”

Radioactive contaminants in “small amounts” have already reached the Great Lakes, according to a negotiator facilitating talks between the state and federal government over West Valley’s future, who spoke with WhoWhatWhy on promise of anonymity. The danger of contamination was reported in an article in The Buffalo News, which called West Valley “arguably Western New York’s most toxic location.”

The wetlands of West Valley have leached a plume containing the radioactive isotope strontium-90 that’s migrating downstream, according to government sponsored studies. DOE has also identified plutonium, strontium and cesium, all dangerous radioactive contaminants, throughout the soil structure at West Valley.

Between five and 50 kilograms of plutonium-239, a deadly carcinogen and potential bomb fuel, has infiltrated  the soil underneath the site, says another knowledgeable source who requested anonymity. “Recordkeeping [in earlier decades] was not as precise as today and it’s difficult to reconstruct,” the source says. So no one knows for sure just how much uranium and/or plutonium has seeped from West Valley over the past 60 years. And with the explosion at WIPP, it could be another 60 years before a proper storage location for the waste from this notoriously leaky site is found.

Whether or not one believes the Manhattan Project’s lethal weapons should ever have been used, the old Roman dictum—“to the victors, the spoils”—was never more true. The spoils—the legacy of the bombing of Hiroshima and Nagasaki—live on, intermingled with the radioactive offspring of “cheap power” in the wilds of West Valley.

“A secure nuclear deterrent,” said DOE Secretary Moniz at the dedication of a new nuclear weapons facility in Kansas City, “is part of a broader effort to transform our Cold War era infrastructure into a 21st century nuclear security enterprise.”

That transformation depends on solving 75 years of mismanagement by sweeping the waste 2,000 feet under the New Mexico desert. But recent events at WIPP cast further doubt on the notion that fallible human agencies can ever safeguard the inevitable byproducts of our nuclear enterprise.