This story by Elizabeth McGowan originally appeared in Energy News Network and is republished here as part of Covering Climate Now, a global journalism collaboration strengthening coverage of the climate story.

They’re leaving that arithmetic to Will Payne.

An effort to rein in planet-warming emissions is a piece of what motivated the entrepreneur to link the burgeoning number of microbreweries from Hampton Roads to the Washington, DC, suburbs with specialty varieties of barley propagated by spirited farmers in deep Southwest Virginia.

The enterprise is Appalachian Grains. It is Payne’s attempt to rejuvenate agriculture in a remote and depleted region by supplying brewers with homegrown ingredients usually shipped in from the Great Plains, Western Canada, and Europe.

“I didn’t move to Southwest Virginia to slow down,” the 43-year-old said. “I moved here to shake things up.”

Six small-scale farmers are hustling to reap a combined 82 acres of barley in Lee, Scott, and Washington counties by the end of the month.

That’s more than a three-fold jump from the program’s somewhat rushed beginnings in autumn 2019 when two Lee County farmers took a chance on planting 24 acres of Calypso barley.

Back then, the quick launch meant Appalachian Grains had to improvise and purchase barley seeds from North Carolina. Still, willing farmers were intrigued by an opportunity to earn cash from a marketable crop planted during what’s usually the fallow season.

“It was a real gamble,” recalled Payne, who just earned an MBA from the University of Virginia. “We were hoping and praying that it would work out.”

The other half of that “we” is Will Clear, deputy director at the Virginia Department of Energy.

Obstacles abounded after that first harvest in June 2020. Finding local outlets to clean, bag, store, and then malt the barley was tough. An out-of-state scramble led to connections in Asheville, North Carolina and Louisville, Kentucky. Ultimately, Payne and his colleagues gave away 17,600 pounds of malted barley to 18 craft breweries across Virginia.

A notable victory worth toasting was the decision by Three Notch’d Brewing Co. in Charlottesville to create Appalachian Ale from barley grown close to its own backyard.

“We received good feedback from breweries,” Payne said about the $25,101 in private money spent during that first-year whirlwind. “But we saw this as a startup, so we weren’t going to use public dollars to prove the concept.”

Since then, he has labored to maximize the operation’s reach and minimize its greenhouse gas emissions by trying to “relieve the logistical nightmare” of that first season.

“One of our principles is that Southwest Virginia is not a bubble; it can have an impact statewide,” Payne said. “We’re about making it the location of choice for specialty grain for the craft beer industry.” 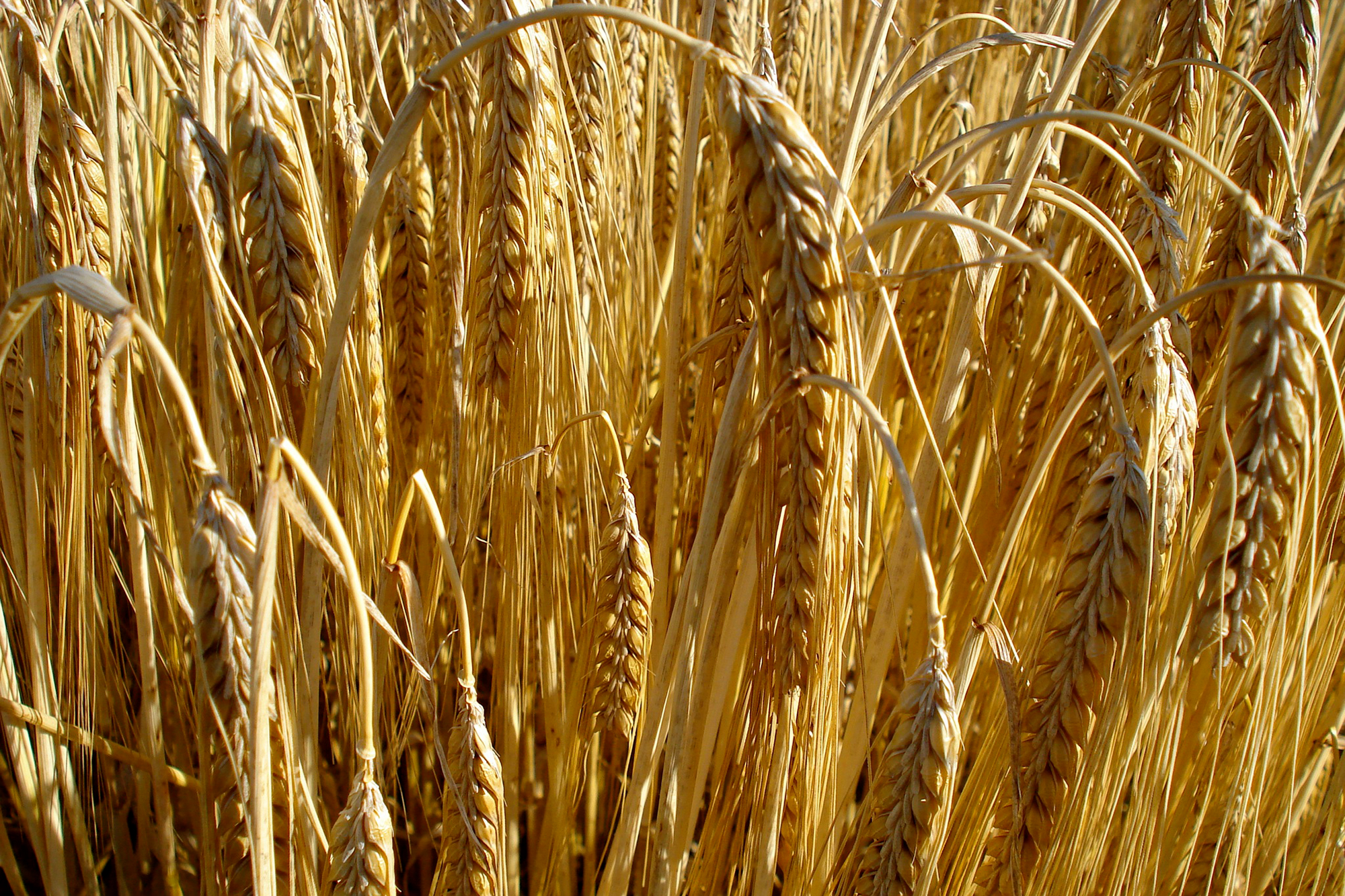 Hops Out, Barley In

Up until mid-2019, Payne had served as chief deputy at the state energy department, appointed by then-Gov. Ralph Northam. There, he noted how eager the state was to stimulate a region where coal mining was king for so long.

He left the agency to direct InvestSWVA. The incubator for Appalachian Grains is a new public-private campaign to diversify the region’s economy. InvestSWVA is co-chaired by four area state legislators and funded by the state, related commissions, and companies such as Dominion Energy and Appalachian Power.

The Richmond native learned that Southwest Virginia had a legacy of farming tobacco and grains such as corn and red winter wheat.

“Our idea was to focus on projects that build on successes of the past,” Payne said. “We wanted to introduce farmers, especially those under 50, to grains that can bring in higher revenue.”

With the meteoric rise of zippier India pale ales (IPAs), the two Wills early on considered hops as the go-to crop for Appalachian Grains. The climate, similar enough to the Pacific Northwest, was right. But location meant the economics were all wrong.

Instead, they latched on to barley.

Providing barley to microbreweries would give farmers the cachet of bragging “that my grain is in that beer.”

Pursuit of the proper barley guided Payne to Virginia Tech. There, the research university’s small grains breeding program, eager to capitalize on the craft brewery explosion, had been experimenting for at least a decade to perfect a specialty barley that thrived in the region’s climate and was suitable for high-end beer.

Prized attributes include uniform germination, plump kernels, a high starch content, and enzymes that break that starch down into alcohol.

Finicky craft brewers are willing to pay a premium of at least 30 cents a pound for quality above and beyond general commodity barley.

The university’s agricultural breakthrough and Amy Byington, the Lee County agent for Virginia Cooperative Extension, proved to be saviors for Payne’s nascent experiment.

Byington not only lines up the participating farmers, but also troubleshoots during the seven- to nine-month barley growing season. She helps to handle the intricacies of tweaking fertilization levels, applying fungicides to prevent disease, and harvesting when the barley seeds are at the just-right, low moisture level.

She’s also figuring out how combines set for harvesting corn, a larger grain, can be calibrated to maximize farmers’ barley yield.

Through two harvests, Payne said, the endeavor’s Achilles’ heel has been a bushel per acre number that hovers at 50 or 51 instead of “a more respectable 65.”

“My wheelhouse is making sure we have a quality grain,” Byington said. “This is a great way for farmers to diversify.”

Another benefit, she added, is that the June harvest schedule allows the farmers to plant soybeans, hay, silage corn, or other crops over the summer.

Byington, who grew up in the area in a farming family, said wheat was a major cash crop between the 1930s and 1950s and barley was a staple for centuries, usually grown to feed livestock.

Southwest Virginia had a robust network of agricultural infrastructure until the 1960s and 1970s, she said, when local and regional food systems were cast aside as globalization reigned. What once existed is old and abandoned.

“We can raise barley all day long, but having a place to store it is an issue,” Byington said. “Our biggest problem is storage. We need a grain terminal here.”

Payne has his fingers crossed on answering that plea. Thus far, InvestSWVA has lined up $3 million to cover the cost of constructing a grain storage and shipping facility on 17 acres in nearby Norton.

The Wise County brownfield site once housed a coal tipple, so the bulk of the funding to transform it comes from a $2.5 million grant from the federal Abandoned Mine Land Economic Revitalization program administered by the state’s energy department. Historically, tipples are structures where mined coal was loaded into railroad cars.

Payne anticipates an autumn 2023 completion for what’s called Project Thoroughbred. The name is a tribute to a type of barley Virginia Tech originally developed for horse owners that turned out to also have a high value for malting. The remainder of the funding is from the Virginia Tobacco Region Revitalization Commission.

“This is about bringing a property to a higher, better use,” he said about the terminal, to be owned by the Lonesome Pine Regional Industrial Facilities Authority. “It will be a booming site again, just with a different industry.”

“We’re harvesting 6,000 bushels this year,” Payne said, “and we have aggressive growth plans.”

On the drawing board are multiple silos that can hold up to 20,000 bushels of crops. Barley from different farmers’ fields has to be stored separately as each “batch” must pass inspection before it’s ready for the malting stage.

Malting is the combination of art and science that converts barley into a form usable by brewers. First, it’s immersed in water so the grain can sprout. That’s crucial so it generates enzymes needed to turn starches into sugars during brewing. Once it reaches optimal moisture level, a multi-step drying process begins.

Payne is hopeful that a maltster will eventually set up shop at Thoroughbred. For now, however, Appalachian Grains will continue its relationships with Murphy & Rude Malting Co. in Charlottesville and Riverbend Malt House in Asheville to process its Calypso and Violetta barley varieties.

‘We Need the Right Breweries’

What Appalachian Grains offers isn’t for every brewery in Virginia.

“We’re asking them to change their buying habits,” Payne said. “We don’t need every brewery; we need the right breweries.”

Chris Smith, co-founder of the Virginia Beer Company, is among the latter.

It was a marketing coup to be able to peddle a product made with malt that met his brewery’s high standards because prior experience with a different Virginia barley supplier had been less than satisfactory.

“What Will told us piqued our interest because we like to purchase locally,” Smith said about meeting Payne via a College of William & Mary alumni event.  “Most everything we use here tends to come from far away.”

As Appalachian Grains’ volume swells, Smith said his company wants to add more regional flavor to the mix of malted barley it imports from Canada, Germany, Scotland, and England.

“It just needs to get to scale,” Smith said. “I love seeing Virginia farmers have the chance to grow something and make some money.”

Indeed, Payne would be cheered if farming could evolve into a full-time profession instead of the part-time gig it is now.

Payne’s dedication is so mighty that he has moved more than 300 highway miles from the state capital to Bristol, in Washington County, on the Virginia border with Tennessee.

The community is also home to a brewery co-founded by and named for Daytona 500 champion Michael Waltrip. Its 3 Ranges Appalachian Ale features local malted barley.

“I believe in this project,” Payne said, “and in helping this region transform itself.”

Then he paused, as if gathering the nerve to speak a harder truth.

“There are so many parts to this partnership and all of these people have stepped up. If one part goes bad, the whole thing can fall apart.”