Vanishing: The Bleaching in My Backyard

This story by Juli Berwald originally appeared in The Revelator.

In February, winter storm Uri encased the Texas trees in thick sleeves of ice. Overhead frozen leaves jangled like chimes in the wind. When the weight got to be too much, the fibrous cedars splintered. The oaks simply dropped limbs like too-heavy barbells. Closer to the ground, agave and sago palms congealed beneath unfamiliar layers of snow and ice.

In Austin, where I live, winter dips below freezing once every 10 years. This time the temperature plunged not just below freezing but into the single digits. And there it sat, not just overnight or two, but for five long days.

When it warmed, finally, spoonfuls of ice rained down, one from each cupped leaf. Later, the ice-burnt leaves fell too. Tattered rags of grasses and cacti, bedraggled palm fronds and battered bamboos were all that remained on the ground. Everything was shades of beige; nature’s color faded with the snow melt. 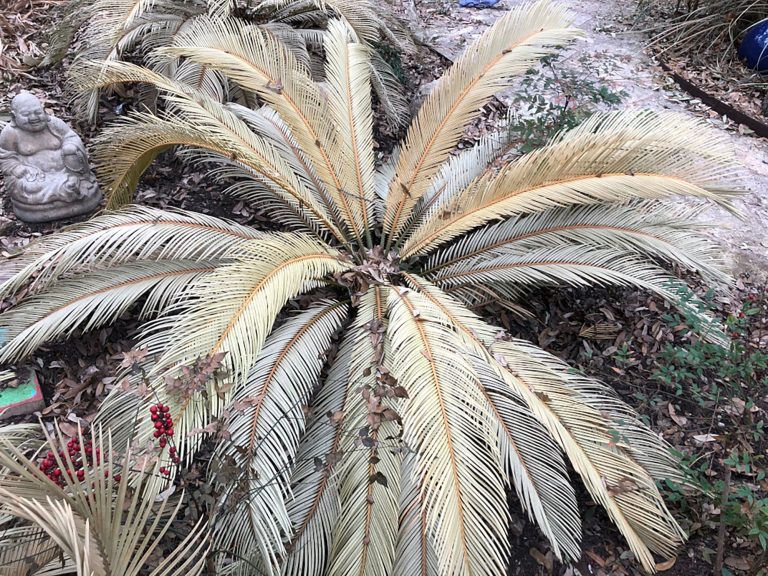 A palm plant bleached in the backyard. Photo credit: Courtesy of Juli Berwald

As a science writer who’d been working on a book about coral for the two years before that winter, I felt the shift viscerally. This must be what it feels like when coral reefs bleach, I thought.

Because of COVID-19 travel restrictions, I haven’t experienced a mass coral bleaching myself. Almost exactly a year before Uri, I’d had to cancel a research trip to the Great Barrier Reef just as a major heat wave approached. On Twitter, I followed Terry Hughes, an Australian coral scientist who performs aerial surveys of the reef. He posted videos, halos of white reefs surrounding low-lying islands, writing: “It’s been a shitty, exhausting day on the #GreatBarrierReef. I feel like an art lover wandering through the Louvre…as it burns to the ground.”

In the weeks after Uri, the rosemary that I’d nurtured since my teenage daughter was born turned brittle. The tangerine tree I’d planted as a memorial to my grandmother, which had just yielded its first crop, also died. The jasmine became a sharpened straw that lashed my arms as I ripped it out. 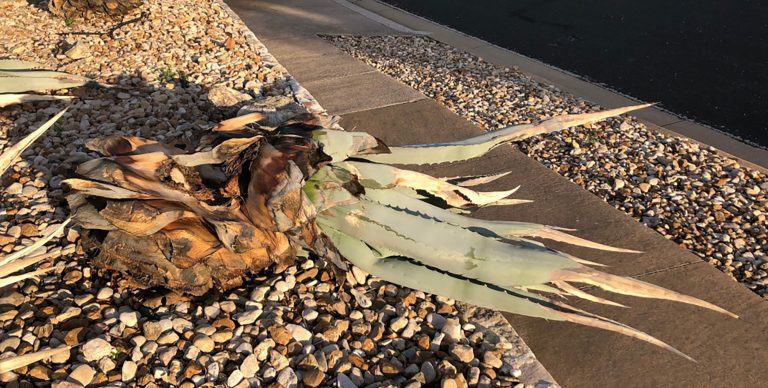 When underwater photographer Richard Vevers dove on a bleached reef, he said, “I can’t even tell you how bad I smelt after the dive — the smell of millions of rotting animals.” Around my house in Uri’s aftermath, the agave and the prickly pears melted, their juices flowing down the streets in brownish streaks. The air filled with the smell of their fermentation and rot.

Acoustic scientist Tim Gordon spoke of the sound of a bleached reef. “When the coral dies, the fish and shrimp that make noise are gone. They are like the birds in the forest without the trees.” He measured a 75 percent decrease in sound on the Great Barrier Reef following a bleaching.

I don’t know where the doves that coo and the mockingbirds that chatter went, but I didn’t hear their calls after Uri. Flocks of red-breasted robins, birds I’d rarely seen, plucked the husks of just frozen insects. The frequent reverberations of woodpeckers sounded of easy purchase in sickened wood.

The poles have warmed almost four times faster than the rest of our planet, making its temperature difference less different than my temperate home. As a result, the jet stream is more likely to jump its bank and make an excursion. This year it meandered all the way to Texas, bringing Uri’s frigid air with it.

Coral bleaching occurs because of a temperature excursion too. Scientists studying climate change calculate the seas have absorbed heat equivalent to three nuclear bombs a second for the past 25 years. Already ocean temperatures have risen by almost 1.5 degrees Fahrenheit. Ocean heat waves have doubled with frequency, become more intense, and more extensive since 1982. Pile a heat wave on top of a warmer ocean, and you reach the limit where corals bleach. Recovery isn’t certain.

Since the 1980s, coral mass bleachings have increased in frequency from once every 25 to 30 years to once every six years. A multi-year mass bleaching from 2015 to 2017 affected 75 percent of the planet’s coral. The one I missed in 2020 was the Great Barrier Reef’s most widespread yet, blanketing all the regions of its 1,400-mile-long extent. Of all the animals in the sea, according to a recent report, coral is the species group most likely to go extinct.

And yet all the people I spoke to about what it’s like to dive on a bleached reef say this: It’s painfully grim, but never complete. Amid the skeletal fields, a few coral survive, always.

Likewise, in my yard, the destruction wasn’t complete. After cutting back its browned leaves, the iris sprung from the browned ground and unfurled its yellow bloom. Amid the dead rosebushes, one variety survived, its fuchsia inflorescence a beacon of hope. Green stripes of life emerged from the base of the bamboo.

When the young shoots unfurled, they stole my attention. My mind very quickly began to erase the losses. I focused on the blooming and recovery. In nature’s resilience, we soothe ourselves with a balm of optimism. 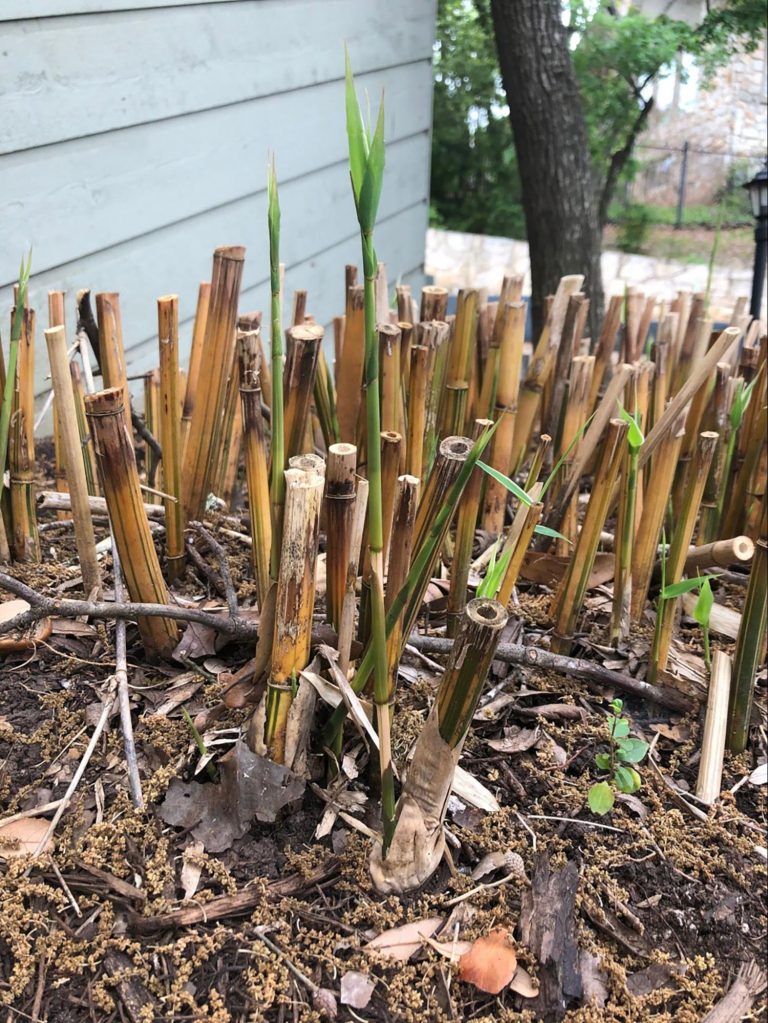 The struggle for life on the reef is always intractable. Submerged, we’re buffered by gear, our senses muted by technology. Our time underwater is always short. Masked by the waves, distracted by recovery, it’s impossible to know what we’re losing on the reef the way we know our own backyard.

For both, the losses fade much too easily away. But only if we let them.