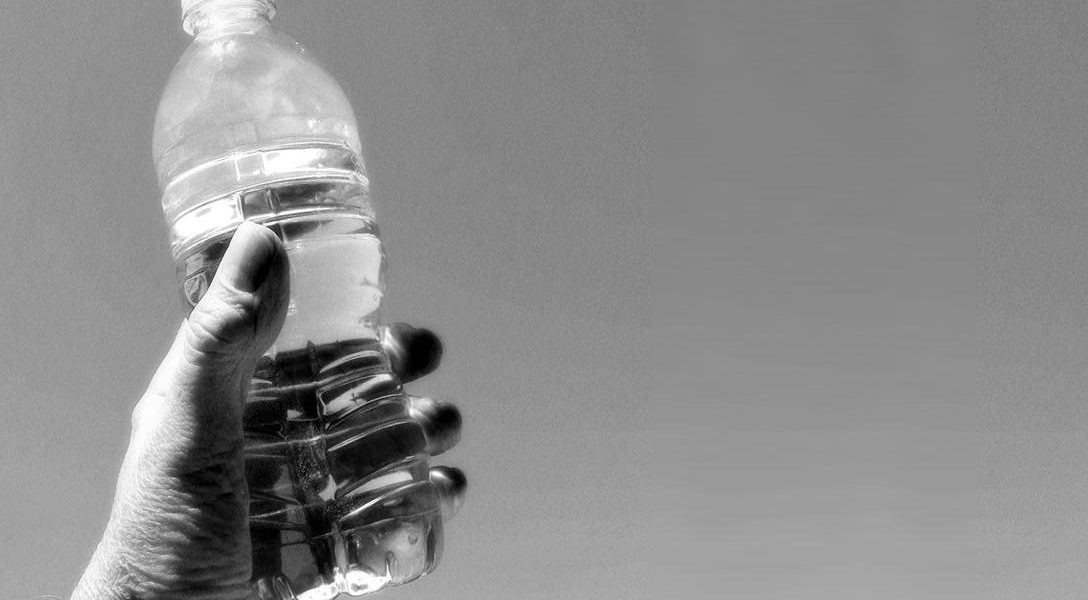 Though the chemical industry gets wide praise for eliminating the hazardous chemical BPA from our water bottles and other daily use products, the replacement material may turn out to be even worse.

Before we consider the new danger, let’s look at the old one.

BPA (bisphenol-A) — is a chemical found  in plastic bottles, in the lining of food cans, in bottle tops, and in water supply lines.  It can seep into whatever it contains.

BPA is used to make polycarbonate plastic, said to be “a lightweight, high-performance plastic that possesses a unique balance of toughness, optical clarity, high heat resistance, and excellent electrical resistance.”

As well as being a primary ingredient of plastics, BPA also interferes with hormones — the powerful chemical messengers that control nearly every major function of the body. For this reason, it is called an “endocrine disruptor.”

These are just a representative handful of harms, drawn from a much larger body of at least 200 publications (some have estimated a thousand publications). The sheer quantity of results represent a massive accumulation of scientific evidence that BPA is harmful.

Chemical manufacturers have begun removing BPA from their products. Sunoco no longer sells BPA for products that might be used by children under three. France has a national ban on BPA food packaging. The EU has banned BPA from baby bottles. These bans and associated product withdrawals are the result of epic scientific research and some intensive environmental campaigning.

But these restrictions are not victories for human health. Nor are they even losses for the chemical industry.

For one thing, the industry now profits from selling premium-priced BPA-free products. These are usually made with the chemical substitute BPS — which current research suggests is even more of a health hazard than BPA.

But since BPS is far less studied, it will likely take many years to build a sufficient case for a new ban.

From BPA to BPS — Bad to Worse?

The chemical most frequently used to make BPA-free products is called BPS. As its name implies, BPS is very similar in chemical structure to BPA.

However, BPS appears to be absorbed by the human body more readily than BPA and is already detectable in 81% of Americans.

BPS is now looking likely to be even more toxic than BPA. Like BPA, BPS has been found to interfere with mammalian hormonal activity.

In addition, to a greater extent than BPA, BPS, alters nerve cell creation in the zebrafish brain and causes behavioral hyperactivity in zebrafish larvae. These  results were observed at extremely low chemical concentrations, 1,000-fold lower than the official US levels of acceptable human exposure.

Time and again, synthetic chemicals have been banned or withdrawn only to be replaced by others that are equally harmful, and sometimes are worse.

Neonicotinoids — which the International Union for the Conservation of Nature (IUCN) credits with creating a global ecological catastrophe — are modern replacements for long-targeted organophosphate pesticides. And organophosphates had previously supplanted DDT and the other organochlorine pesticides from whose effects many bird species are only now recovering.

What can be done about this?  First, we need to understand the full extent of the problem. That means stripping away the mythologies surrounding risk assessment. When we do this, we see why chemical regulations don’t work. “Risk Assessment” Is an Illusion

The experiments currently being performed by toxicologists are incapable of generating predictions of safety that can be applied to other species, or even to the same species when it exists in other environments, or eats other diets.

What is known about the technical limitations of toxicology and the overall scientific rigor of chemical risk assessment? And are these assessments being performed by competent and well-intentioned institutions?

The standard assays of toxicology involve the administration (usually oral feeding) of chemicals in short term tests of up to 90 days to defined strains of organisms (most often rats or mice). These test organisms are of a specified age and are fed standardised diets.

The results are then extrapolated to other doses, other age groups and other environments. Such experiments are used to create estimates of harm. Together with estimates of exposure they form the essence of chemical risk assessment.

To say that both estimates are prone to error, however, is an understatement.

Limits to Estimating Exposures and Harms

Until 2013, no one appreciated that the main route of exposure to BPA in mammals is absorption through the mouth — and not the gut.

The mouth is an exposure route whose veinous blood supply bypasses the liver, and this allows BPA to circulate unmetabolized in the bloodstream. Before this was known, many toxicologists dismissed as implausible reports of high BPA concentrations in human blood. They had assumed that BPA was absorbed via the gut and rapidly degraded in the liver.

Fifty years ago no one knew that many synthetic chemicals would evaporate at the equator, and condense at the poles, from where they would enter polar ecosystems.

Neither did scientists appreciate that all synthetic fat-soluble compounds that were sufficiently long-lived would bio-accumulate as they rose up the food chain — and thus reach concentrations inside organisms sometimes many millions of times above background levels.

Nor until recently was it understood that sea creatures such as fish and corals would become major consumers of the plastic particles flushed into rivers. These misunderstandings are all examples of historic errors in estimating real world exposures to toxic substances.

Until it was too late, scientists were not aware that a human with an eighty-year lifespan could have a window of vulnerability to a specific chemical as short as four days.

Neither was it known that the effects of chemicals could be strongly influenced by the time of day they are ingested.

Real world exposures are very complex. Thus it is impossible for risk assessment experiments to be “realistic”. The reason is that actual exposures are always unique to individual organisms and vary enormously in their magnitude, duration, variability, and speed of onset — all of which influence the harm they cause.

Additionally, many regulatory decisions do not recognise that exposures to individual chemicals typically come from multiple sources. This failing is often revealed following major accidents or contamination events.

Regulatory agencies will assert that actual accident-related doses do not exceed safe limits. However, such statements usually ignore that, because regulations function in effect as permits to pollute, many affected people may already be receiving significant exposures for that chemical prior to the accident.

Obstacles to estimating harm originate from the fact that organisms and ecosystems are widely diverse. The solution adopted by chemical risk assessment is to extrapolate. Extrapolation allows the results of one or a few experiments to “cover” other species and other environmental conditions.

Most of the assumptions required for such extrapolations, however, have never been scientifically validated. Lack of validation is most obvious for species not yet discovered or those that are endangered. But in other cases they are known to be invalid .

Even more extreme extrapolations are employed in ecological toxicology. For example, data on adult honey bees is typically extrapolated to every stage of the bee life cycle, to all other bee species, and sometimes to all pollinators — without any evidence whatsoever.

Such assumptions may seem absurd, but they are the primary basis of the claim that chemical risk assessment is comprehensive. FDA tests the safety of BPA use on food contact applications at the National Center for Toxicological Research NCTR in Jefferson, Arkansas. Photo credit: FDA / Wikimedia

Another crucially important limitation is that, for budgetary and practical reasons, toxicologists necessarily focus on a limited number of specific “endpoints”. An endpoint is whatever characteristic the experimenter chooses to measure. Typical endpoints are death (mortality), cancers, organism weight, and organ weights; but endpoints can be more subtle measures like neurotoxicity.

There is a whole politics associated with the choice of endpoints, which reflects their importance in toxicology, including allegations that endpoints are sometimes chosen for their insensitivity rather than their sensitivity; but the inescapable point is that no matter what endpoints are chosen, there is a much vaster universe of unmeasured endpoints.

These typically include: learning defects, immune dysfunction, reproductive dysfunction, multigenerational effects, and so on. Ultimately, most potential harms don’t get measured by toxicologists and so are missing from risk assessments.

Another example of the difficulty of estimating real life harms is that organisms are exposed to mixtures of toxins. The question of toxin mixtures is extremely important..

All real life chemical exposures occur in combinations, either because of previous exposure to pollutants or because of the presence of natural toxins. Many commercial products moreover, such as pesticides, are only available as mixtures, whose principal purpose is to enhance the potency of the product.

Risk assessments, however, just test the “active ingredient” alone These estimates are based on the assumption of a linear dose-response relationship for the effect of a single chemical, at various doses.

But the question for any risk assessment should be whether the assumption is reliable for the novel compound under review.

To summarize, the process of chemical risk assessment relies on estimating real world exposures and their potential to cause harm by extrapolating from only a few simple laboratory experiments. The resulting estimates come with enormous uncertainty. For good reason, in many cases the results have been extensively critiqued and shown to be either dubious or actively improbable.

Yet extrapolation continues. The alternative is to actually measure these different species, using different mixtures, and under different circumstances. Given the challenges this would entail, the continued reliance on simplistic assumptions is understandable if not forgiveable.

Nevertheless, one might  have thought that such important limitations and unproven assumptions would be frequently noted as caveats to risk assessments. They should be, but they are not.

Following the UK’s traumatically disastrous outbreak of Mad Cow Disease (BSE) in the 1980s, during which most of the UK population was exposed to infectious prions following highly questionable scientific advice, this exact recommendation was made in the Phillips report.

Lord Phillips proposed that such caveats should be specifically explained to non-scientific recipients of scientific advice. In practice, nothing changed.

When an unusual scientific document does discuss the limitations of chemical risk assessment (such as this description of the failure of interactions between pesticides to extrapolate between closely related species), it rapidly becomes obvious just how much our knowledge is dwarfed by actual biological and system complexities. As any biologist ought to expect, in this study the errors multiplied and the standard assumptions of risk assessment were overwhelmed even by ordinary life situations.

For good reasons, therefore, many experts are concerned about the number and quantity of man-made chemicals in our bodies. Recently, the International Federation of Gynecology and Obstetrics linked the emergence of new diseases and disorders to chemical exposure. They specifically mentioned obesity, diabetes, hypospadias and reproductive dysfunction and noted:

“The global health and economic burden related to toxic environmental chemicals is in excess of millions of deaths”. The Federation acknowledged this to be an underestimate.

To come: Unsafe at Any Level, Part 2: Conflicts of Interest