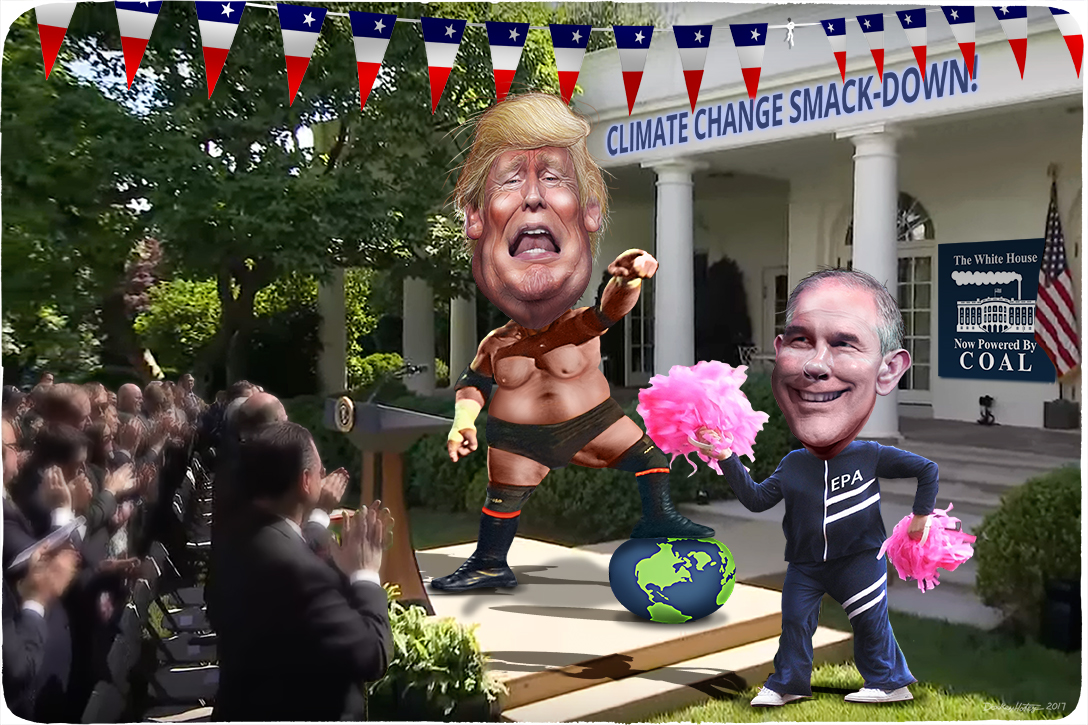 President Donald Trump has a well-documented pathological need for attention. Therefore it is no surprise that he couldn’t resist the temptation of turning his announcement on the Paris Climate Agreement into a spectacle.

He had been playing coy for weeks on whether he would withdraw the US from the global climate treaty, and every day there seemed to be stories from inside the White House that Trump was leaning one way or another. Then he had some of the world’s most powerful leaders implore him to not quit the landmark agreement.

It was a narcissist’s dream.

To ensure that maximum attention would be paid to him, Trump tweeted several times when he would announce his decision. On the day of the event, he even had a band play in the Rose Garden ahead of the announcement and then had an adoring crowd applaud the decision.

But the presidency is not a reality TV show or a Wrestlemania pay-per-view event.

There is generally nothing wrong with displaying some of the trappings that come with being commander-in-chief. But there is a time and place for everything.

When hosting another head of state, this kind of pomp is fine. That’s the right occasion for a band.

When making an announcement on a matter of life or death for millions of people, it’s not just inappropriate. It’s gross.

Let’s forget about the foolishness of the decision itself. On the campaign trail, Trump had promised isolationism and, by abdicating US leadership on a crucial issue, he simply delivered on that promise.

But how he went about it will needlessly create more anti-American sentiment across the world, where water levels and other climate-related catastrophes are on the rise.

And all because Donald Trump craves attention.