Time for Solar Energy to Shine

This spring, President Joe Biden gave a shot in the arm to solar and other clean-energy technologies with a couple of important executive actions. The move comes at a critical time, since Congress has yet to pass comprehensive legislation needed to help fight climate change.

Fossil fuels still make up the largest share of electricity generation in the United States, but renewables have chipped away at dirty power and now represent the majority of new power sources coming online.

Wind is behind nearly half of all electricity generation from renewables, but a lot of solar is waiting in the wings. Berkeley Labs reports that solar combined with battery storage accounted for 85 percent of new capacity awaiting grid connection at the end of 2021.

The last decade has been a big one for solar, with a 40-fold increase in electricity-generation capacity between 2010 and 2021.

But not everything about solar is bright this year. The outlook dimmed a bit as economic and political forces squeezed the industry. 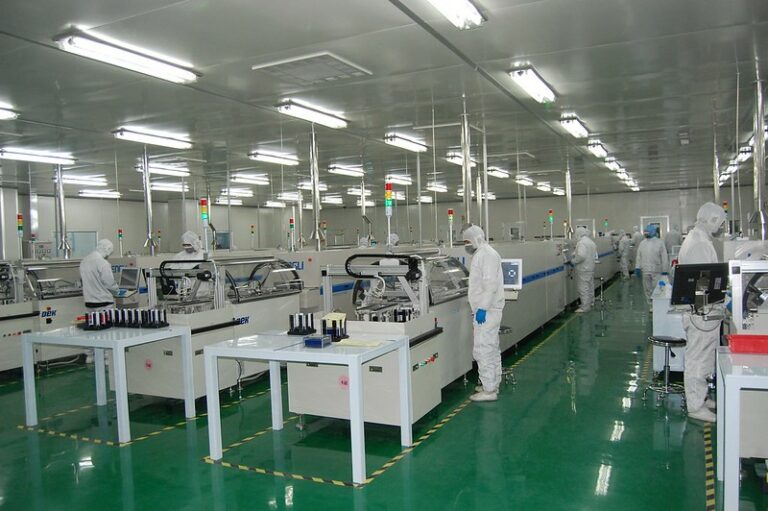 One of the biggest issues stems from a Department of Commerce investigation into whether China is skirting import duties by shipping solar components through a handful of Southeast Asian nations. That’s led to a threat of new tariffs, which has put nearly two-thirds of planned US solar installations in jeopardy, according to a report from industry researcher Rystad Energy.

To counter that, the administration in June announced a two-year tariff exemption on solar panels from Cambodia, Malaysia, Thailand, and Vietnam as a result of the Commerce investigation.

Those four countries account for about 80 percent of the US supply of solar modules, which is why most US solar companies welcomed the news.

“The 24-month tariff extension offers some certainty at a time when it is needed most, and it buys some time for industrial clean energy policies like long-term tax credits and manufacturing incentives to be put into place,” reported PV Magazine.

About two-thirds of solar industry jobs in the United States are in the development and installation of projects, with only 14 percent in manufacturing, according to Canary Media.

Of course, the companies that do manufacture in the United States, like Auxin Solar, weren’t excited by Biden’s action.

But the president also took action to boost domestic production by invoking the Defense Protection Act to kickstart the manufacturing of solar panel parts and other clean energy-related technologies, including insulation, heat pumps, and materials needed for power-grid infrastructure.

Now come a few more critical steps. Congress needs to get to work funding these initiatives, and homeowners and businesses need incentives to start buying the products.

Action on solar hasn’t been confined to DC.

Florida scored a defensive solar win, which came from a somewhat unlikely source: Republican Gov. Ron DeSantis, not normally a pal to environmentalists. In April, he vetoed a bill that would have set back the state’s burgeoning solar industry by reducing how much money homeowners with rooftop solar get from the extra power they send back to the grid.

In Puerto Rico, residents are tapping solar and storage systems on their road to recovery and resilience after a duo of devastating hurricanes hit the island in 2017. There are now more than eighttimes as many rooftop solar systems compared to 2016. Much of the growth has been spurred by grassroots efforts, though, and residents say more help from the government and utilities is still needed.

New York, meanwhile, is using the power of the sun to edge closer to its goal of getting 70 percent of its electricity from renewables by 2030. On June 2, state officials announced contracts for 22 large-scale solar and energy storage projects with enough capacity to power 620,000 homes. It’s the largest land-based procurement so far for the state and will add more than 2 gigawatts of solar and 160 megawatts of storage.

A significant advancement came from Maryland, where the state legislature passed House Bill 1039 to exempt solar projects from county and municipal property taxes if half of the electricity they generate goes to low-to-moderate income customers at a cost that’s 20 percent lower than the base rate of the local utility.

That’s good for climate equity. But the bill had another bonus. The same tax breaks also apply for projects that make use of marginal lands like rooftops, brownfields, and landfills, as well as for “agrivoltaics,” in which land accommodates both solar and agriculture. 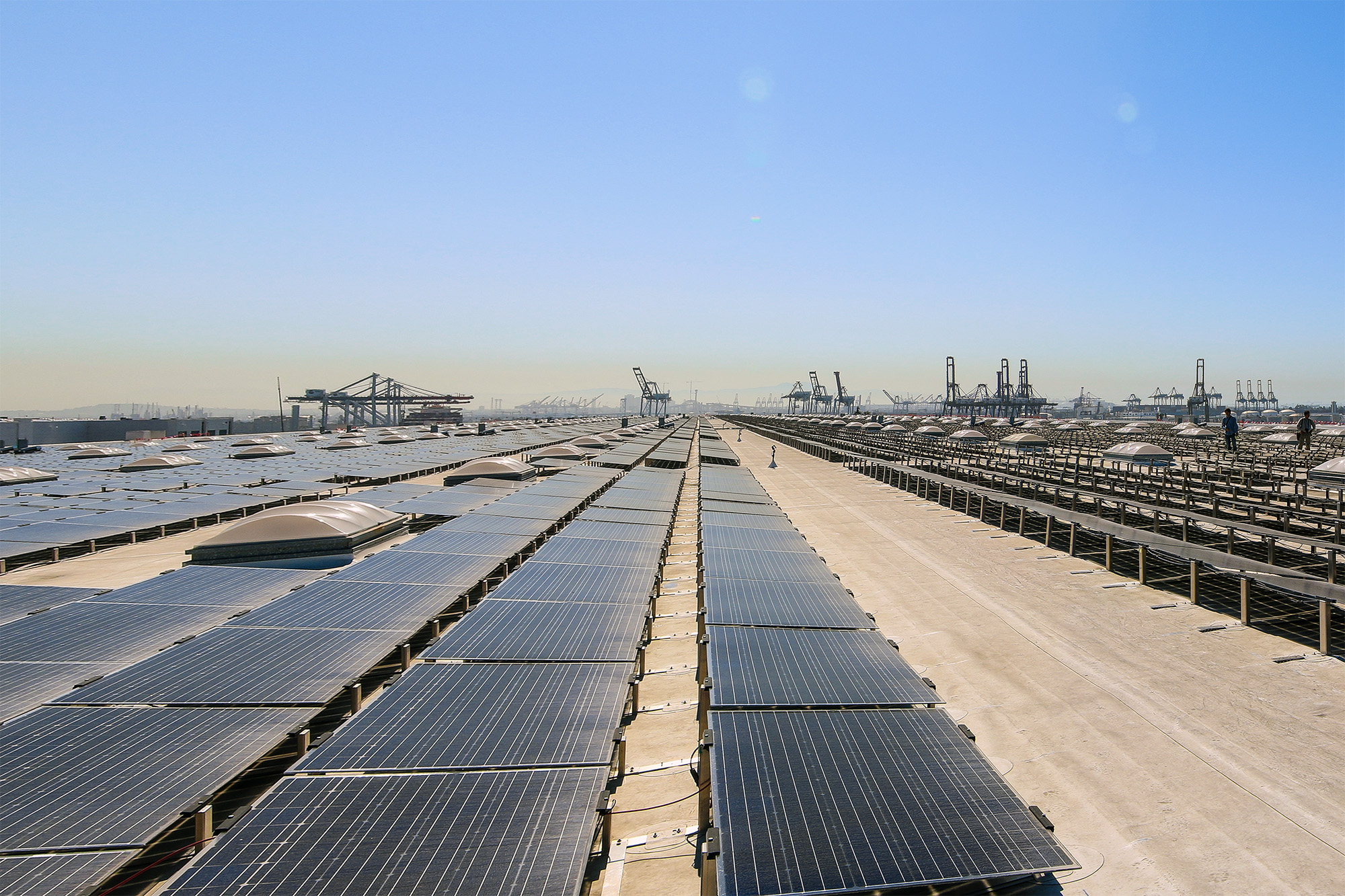 Maryland’s plan takes a critical issue into consideration: As solar installations increase, where the projects are sited has become paramount.

Massachusetts is making a big push for renewables, but some of that is coming at the expense of important natural areas.

A 2020 Audubon report found that a quarter of land being developed in the state is for ground-mounted solar arrays. Additional research found that most of that development was razing farmland and forest, including in the ecologically important Coastal Pine Barrens.

If current trends hold, 150,000 acres of land will be lost to development for renewable energy in Massachusetts — land that provides other important functions fighting climate change.

The Audubon report suggests a different path forward: “We must encourage the continued growth of the solar energy sector while emphasizing rooftop and parking lot canopy systems rather than ground-mounted arrays that degrade wildlife habitat and other important values of natural land.”

Existing rooftops could meet up to 47 percent of the electricity needs in Massachusetts. And that’s just the tip of the iceberg.

A report from Environment America found that big box retail stores, shopping centers, and malls across the country have a combined 7.2 billion square feet of rooftop space that could help generate 84.4 terawatt-hours of solar electricity each year — enough to power almost 8 million average US homes. The states with the biggest potential, according to the study, are California, Florida, Texas, Ohio, and Illinois.

California also has another opportunity beyond marginal land — marginal waters.

This fall, a pilot project to construct solar panels over irrigation canals will begin in Turlock Irrigation District near Modesto. The solar-water combo is expected to be a win-win. The canal water will cool the solar panels, increasing their efficiency, while the panels stretched over the canals will provide shade, lowering evaporation and reducing the growth of aquatic weeds.

If the test project is successful, California has ample opportunity to expand it. Research by University of California Merced found that covering the state’s 4,000 miles of canals with solar panels could reduce evaporation by 82 percent, save 63 billion gallons of water a year, and generate 13 gigawatts of power.

There’s another huge benefit. Building these arrays over California’s canals could prevent more than 80,000 acres of farmland or natural habitat from being developed into solar projects, according to UC Merced engineering professor Roger Bales, who’s been involved in the research.

“Solar canal installations will also protect wildlife, ecosystems, and culturally important land,” he wrote in The Conversation. “Large-scale solar developments can result in habitat loss, degradation and fragmentation, which can harm threatened species such as the Mojave desert tortoise.”

While we do need to build more solar, we don’t need to do it in sensitive habitats. If more states — or the federal government — follow Maryland’s lead and incentivize renewable development on marginal lands, we can advance clean energy while not further imperiling biodiversity.

And we’ll need to — we can’t fight climate change without thriving ecosystems.