This story by Michael Grunwald originally appeared in Canary Media and is republished here as part of Covering Climate Now, a global journalism collaboration strengthening coverage of the climate story.

Well, a miracle has arrived.

It’s called pongamia, an ordinary-looking tropical tree with agricultural superpowers. It produces beans packed with protein and oil much like soybeans, except it has the potential to produce much more nutrition per acre than soybeans. It’s hardy enough to grow on just about any land, no matter how degraded, without any pesticides or irrigation. It not only removes carbon from the atmosphere, which combats climate change, but it also sucks nitrogen out of the air, so it usually doesn’t need fertilizer that accelerates climate change. 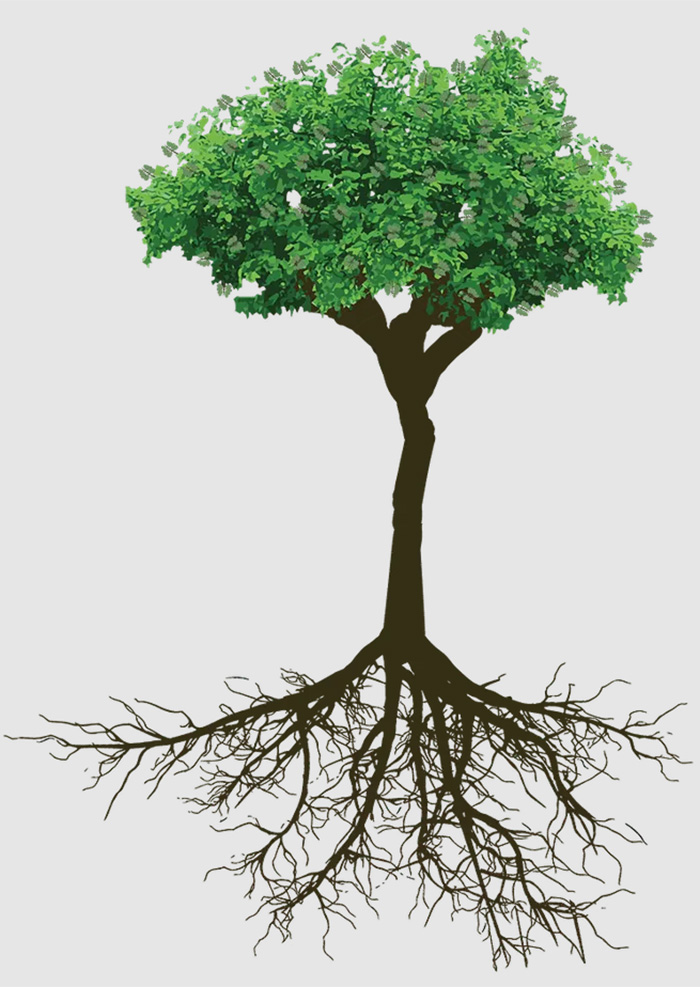 In other words, it’s a dream crop for a hot and hungry planet that’s running out of fertile farmland and fresh water while choking on pollution from agrochemicals. At a time when modern farming is under attack for poisoning and depleting soils, pongamia can stabilize and restore soils. At a time when the food system generates one-third of all greenhouse gas emissions, growing pongamia cuts emissions, sequestering about 5 tons of carbon per acre per year.

Basically, pongamia is an answered prayer for the planet in vegetative form — a reforestation crop that can replace deforestation crops like soy and palm oil without diesel tractors or chemicals or even added water. It’s a self-sufficient, heat-tolerant, drought-tolerant, jungle-tough badass of a tree that can produce monster yields on marginal land on a warming planet.

It may sound surprising that after growing wild for thousands of years throughout South Asia and Australia, pongamia is only now being domesticated and reinvented as a super-crop in the United States. But if we’re going to reduce agricultural emissions by 75 percent by 2050 to meet the goals of the Paris accord, while increasing agricultural production by 50 percent to feed 10 billion people, we’re going to need some surprises. 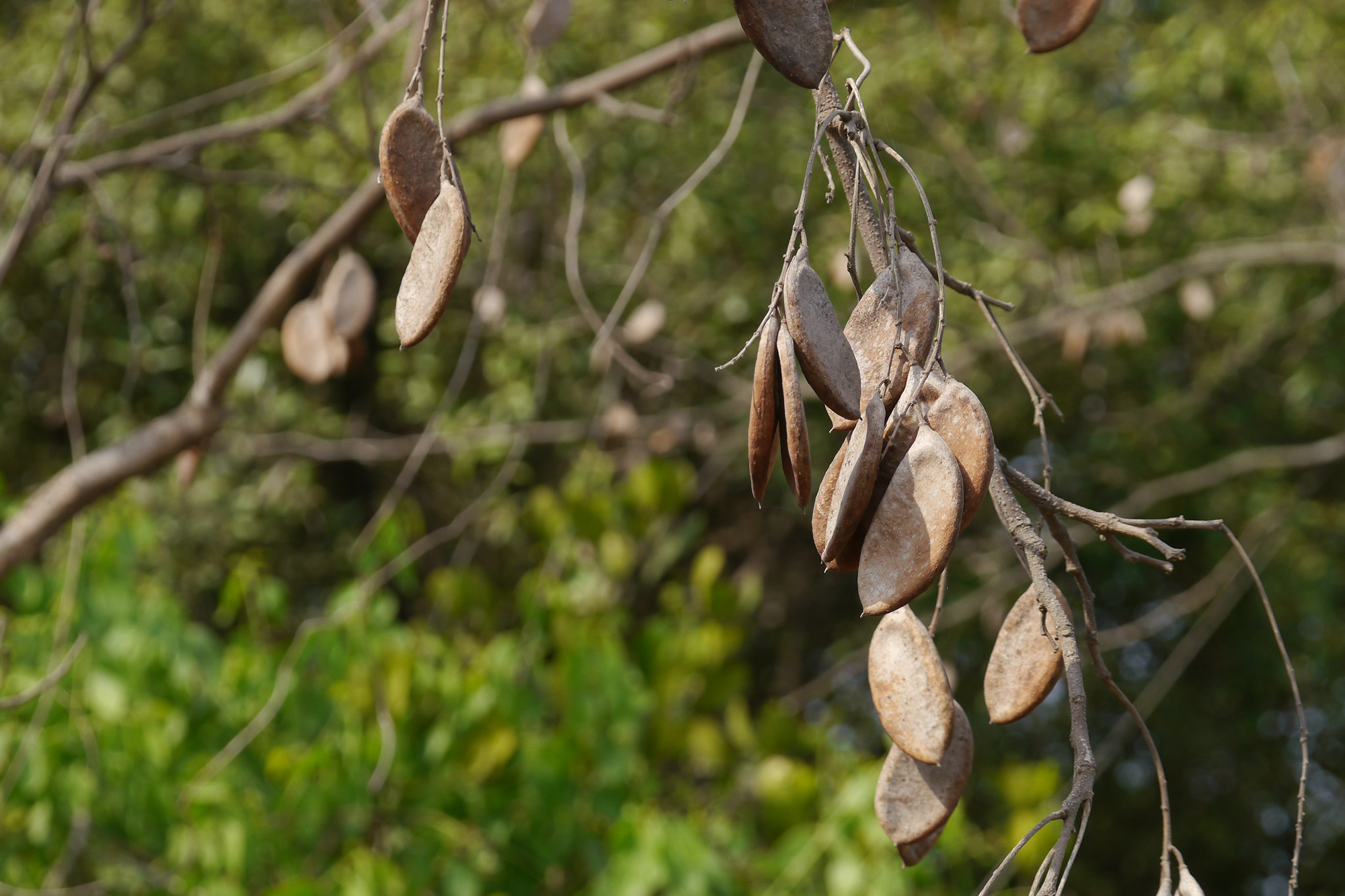 You probably haven’t heard of pongamia before, which is probably a giveaway that it hasn’t yet transformed the global agricultural sector, and that this column won’t be uninterrupted good news. The world is currently mired in a food crisis, created by horrific droughts in Africa and elsewhere as well as the war in Ukraine, and pongamia obviously hasn’t saved the day.

So let’s do the good news first.

Pongamia is not a new tree or a rare tree. It was cited for its healing properties in ancient Ayurvedic texts, and while it’s still most common in India, it can now be found all over the world, including in a park near my Miami home. It’s got a broad canopy, an extensive root network, and pretty white and pink flowers that bloom in the spring, so it’s often planted in yards or parking lots as an ornamental, windbreak or shade tree. Its oil, also known as karanja, is used in India as a natural lubricant, varnish, and lamp oil. Pongamia seeds also produce the active ingredient in the antifungal remedies you can buy at CVS. 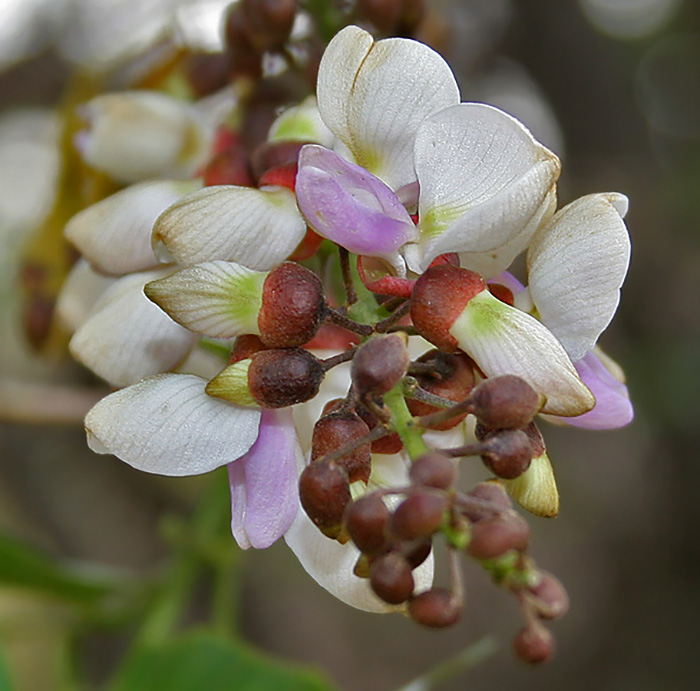 But plant guides warn that pongamia’s seeds have a ​“bitter taste and disagreeable aroma,” with some guides suggesting they’re poisonous, which explains why they’ve never caught on as animal feed or human food. And that explains why pongamia was never cultivated as a crop before a University of California, Berkeley business student named Naveen Sikka visited central India in the spring of 2009, to see if the tree could produce sustainable biofuel.

At the time, the US and European Union had ambitious new biofuel mandates, and investors were blasting money into the space; the oil giant BP had just made a massive investment in a bioenergy research center at Berkeley. Sikka knew biofuels had one serious downside: Using good farmland to grow energy instead of food leads to the clearing of natural carbon sinks to create more farmland to replace that food. But when he saw pongamia flourishing in rocky soils in India’s arid badlands, he saw a unique opportunity to grow renewable fuel on low-quality land so that it wouldn’t compete with the food supply or drive deforestation.

Sikka’s idea when he founded Terviva was to create a genetic library of pongamia traits, a kind of arboreal 23andMe, then breed the superstar trees that could create the most fuel on the worst land. The biofuels market tanked while he was still fundraising, and Terviva had several near-death experiences as it burned through cash, but miracles soon began to happen. 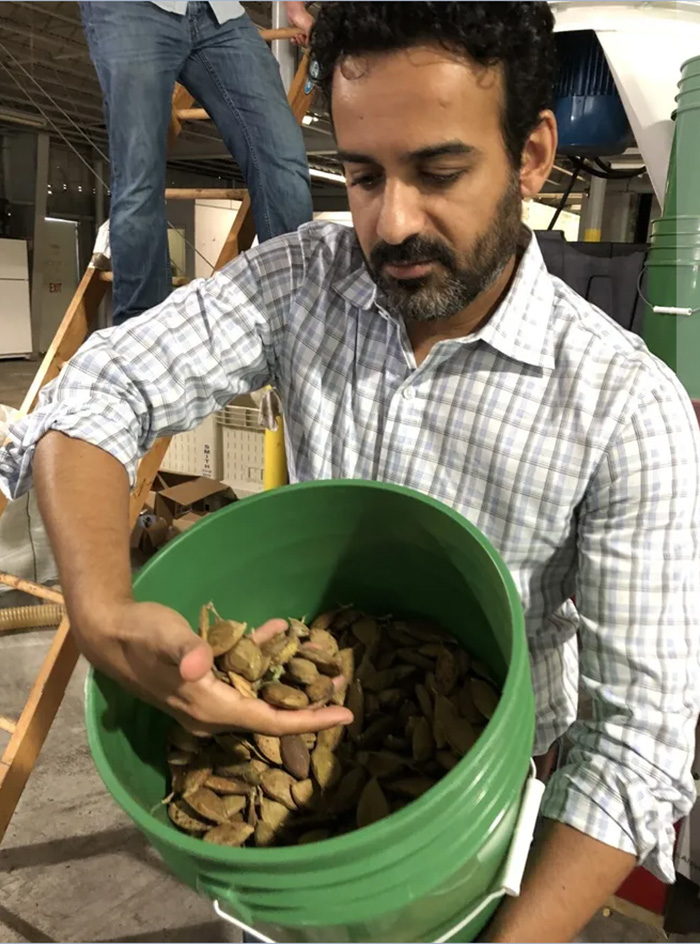 The first miracle was the de-bittering of pongamia. Sikka had hoped it could be made palatable, at least for cattle, though he feared that would require nasty chemical solvents unfit for human consumption. He was stunned when his team figured out a way to do it with a solvent already consumed by quite a few humans: alcohol.

That’s when Terviva began to pivot from fuel toward its current mission of ​“planting millions of trees to feed billions of people.” As a child, Sikka regularly visited relatives in India, and after college, he worked for the US State Department in West Africa, so he had witnessed the developing world’s desperate need for protein and vegetable oil firsthand. Now he had a way to grow a lot without using any productive land.

The problem was finding someone to do the growing, because farmers are notoriously reluctant to gamble on untested crops, especially tree crops that take four years to yield their first harvest. Farmers are only willing to take a risk like that when they are, as Sikka puts it, ​“totally fucked,” which brings us to Terviva’s second miracle: A bacterial disease began wiping out Florida’s citrus trees, inspiring some totally fucked farmers to take a chance on pongamia on a few of their worst tracts of land. 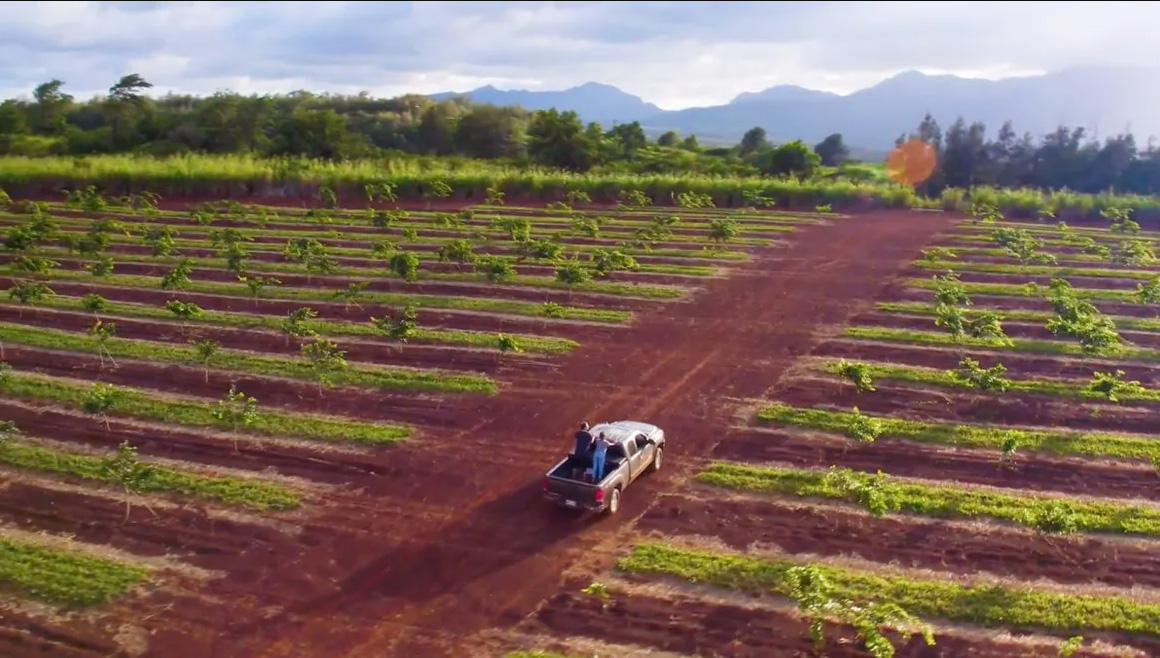 So far, pongamia has lived up to its billing, producing yields comparable to Midwestern soybeans in much poorer soil with virtually no chemicals or added water. In test fields, some trees are producing yields four to 10 times higher than soybean fields. Pongamia is basically vertical soy, except it doesn’t need to be plowed or sprayed or irrigated. It simply converts sunlight, air, and rain into protein and oil — plus an extract from the de-bittering process that Terviva has successfully patented as a bio-fungicide. And the field results should only improve with experience and advanced breeding of the superstars from the test fields.

Terviva has now raised more than $100 million, hired more than 100 employees, sequenced the entire pongamia genome, and built a solid reputation as an ag-tech startup. Ultimately, though, Sikka is building a food company, which is why he’s so excited about miracle number three: De-bittered pongamia oil turned out to be a golden-colored substitute for olive oil. A glowing analysis by the food consultancy Mattson found it produced an ​“indulgent mouthfeel” reminiscent of foods fried in butter. Pongamia also has enormous potential as a protein for plant-based milks and meats, as it contains all nine essential amino acids.

The food giant Danone is now partnering with Terviva to develop pongamia as a climate-friendly, climate-resilient, ​“regenerative,” non-GMO alternative to soy and palm oil, which are increasingly unpopular with consumers who care about sustainability. The first products featuring Terviva’s newly branded ​“Ponova oil” could hit the market early next year. 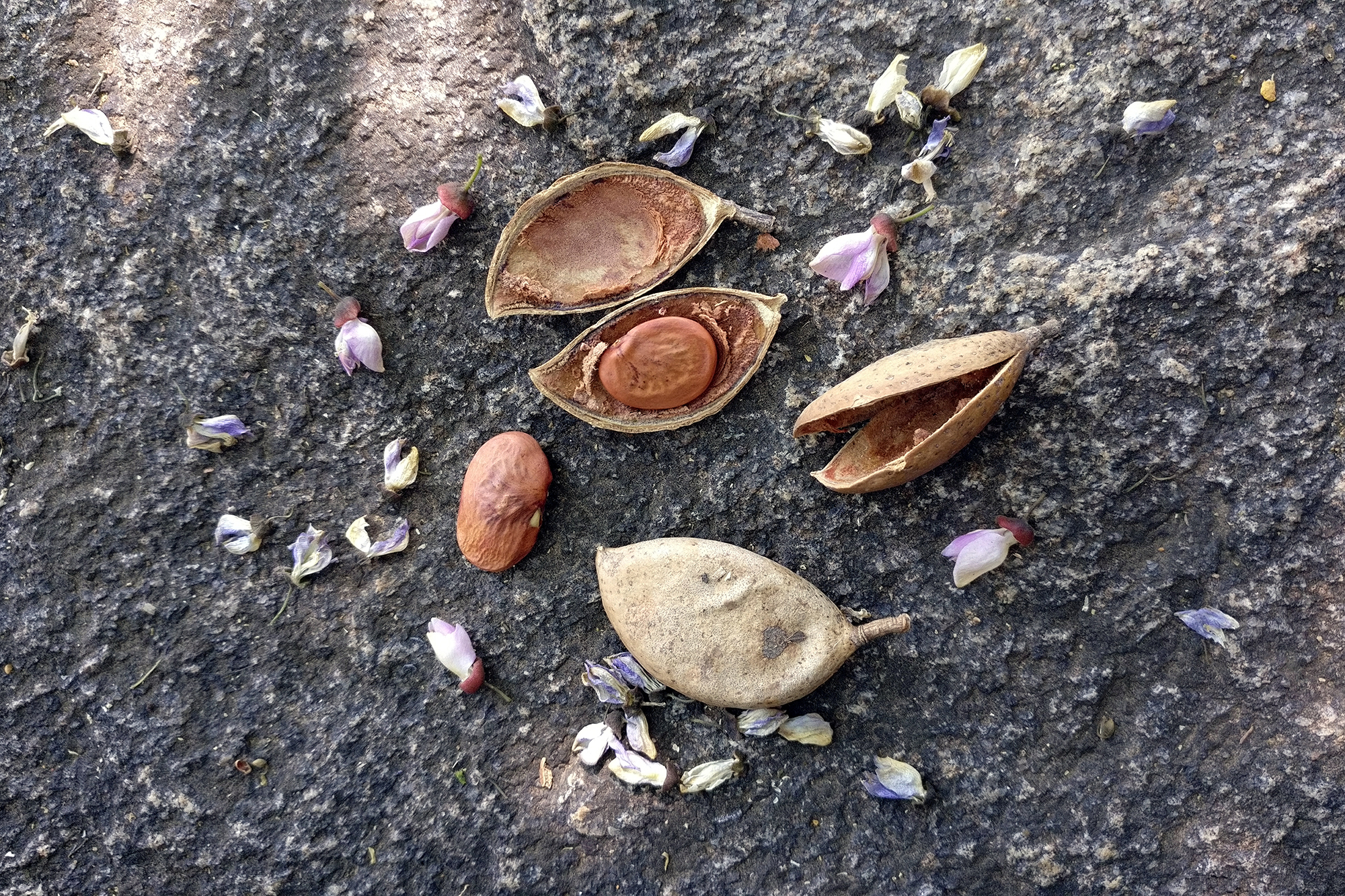 “The universe has smiled at us so often. We’ve had so many strokes of dumb luck to get where we are,” Sikka says. “And we still haven’t made a dent.”

You knew the bad news was coming eventually. After 12 years of miracles, Terviva now has 1,500 acres of pongamia in the ground. But around the world, there are about 300 million acres of soy in the ground. Sikka had hoped farmers would rush to pongamia once the Florida experiment proved the concept, but that has not happened. The world finally has a high-yield, low-impact crop that can grow almost anywhere, and it’s still a rounding error, barely a blip on the global landscape.

“It just shows how hard it is to change agriculture,” Sikka says. ​“It takes forever, even when everything goes right.”

The thing is, agriculture does need to change for the earth to remain hospitable to humans, and forever is too long to wait.

Sikka continues to hope that more farmers will embrace pongamia. He also hopes that institutional investors with deeper pockets and greater risk tolerance than farmers will finance much larger projects to plant tens of thousands of acres of pongamia. But since hope is not a business plan, Sikka has figured out a way to generate revenue and start selling ingredients without reshaping the agricultural landscape. There are already over 1 million tons of pongamia seeds on trees growing wild in India, and Terviva is now paying impoverished villagers to pick them.

It’s a complex undertaking, requiring delicate negotiations with village elders, direct payments through mobile phones, and sophisticated geolocation technology to trace the seeds. But it’s already produced 5,000 tons of beans, enough to take Ponova oil to market, while injecting $2 million into impoverished rural areas. Sikka believes India can be an economic engine for Terviva, and vice versa. He also believes pongamia could inspire the Danones of the world to invest in other exotic tree crops indigenous to the global South, from ramon seeds to croton nuts to Bambara beans.

Again, though, Terviva’s 5,000 tons are a pittance compared to the world’s 350 million tons of soybeans, and $2 million barely counts as a drop in the $200 billion global cooking-oil bucket. Unfortunately, the problem of feeding the world without frying the world is an almost indescribably gigantic problem.

By 2050, the agricultural sector will have to produce a couple billion additional tons of food each year without clearing any additional forests. That will require dramatic changes on the demand side, like wasting less food, eating less beef, and using less good land to grow biofuels. It will also require dramatic changes on the supply side, like higher crop and livestock yields, more resilience to a warmer world, fewer emissions from fertilizer and manure, and less chemical and mechanical degradation of soils.

Pongamia checks a bunch of those boxes, but not at a large enough scale to matter much yet. One lesson of its miracles is that it will take a lot more miracles to transform global agriculture.