The Southwest’s Cities Are Booming. Here’s How to Make It Climate-Friendly

Phoenix is one of the country’s fastest-growing big cities, a sprawling metropolis in an increasingly arid region where federal water managers are currently proposing unprecedented cuts to water supplies from the Colorado River. At the same time, the cities in the Southwest, with their abundant solar energy capacity and potential for density, have a possible head start on various solutions to the climate crisis and resource shortages.

But only if development happens in the right way.

Questions about urban centers — how they can grow sustainably and how poor city development policy contributes to the climate crisis — have long occupied Kevin Gurney, a professor at Northern Arizona University who researches the carbon cycle, climate science, and climate policy. He has also contributed to regular reports from the Intergovernmental Panel on Climate Change (IPCC) since the 1990s. The United Nations publishes these reports by climate experts from around the globe about the state of the climate crisis, and the most recent iteration was shockingly blunt.

According to that report, which dropped earlier this month, global greenhouse gas emissions must peak almost immediately, while fossil fuel use has to essentially cease by the end of this decade. Without this transition, it will be impossible to keep global warming to 1.5 degrees Celsius (34.7 degrees Fahrenheit) — and the world will be faced with the most catastrophic potential outcomes of the climate crisis. Right now, the prospects are not good. The report found that, under existing emissions reduction goals, global greenhouse gas emissions are on track to increase by 14 percent by 2030. For the first time ever, the IPCC included a chapter on the political and social obstacles to a transition away from fossil fuels.

Gurney worked on the Urban Systems chapter of the recent report. He spoke to High Country News about urban planning solutions, city development in the Southwest, and whether — after three decades of working on IPCC reports — he’s frustrated at the lack of urgency on the part of the world’s governments.

This conversation has been edited for clarity and length. 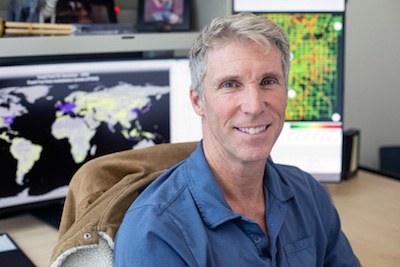 HCN: What are the consequences of bad urban growth?

KG: A lot of urban infrastructure has lifetimes on the order of decades. Once it’s built, you effectively lock in a preordained emissions pathway, because that infrastructure is going to be used, and that sunk initial investment needs to be recouped. The planet is now at crisis level, and the window to avoid these types of locked-in impacts is now really becoming small. If we want to stay within that 1.5-degree Celsius (34.7 degrees Fahrenheit) or 2-degree (35.6 degrees Fahrenheit) trajectory, we really have very little time now.

We say that no city is going to make a decision on development with climate change as its only decision point. Cities make incredibly complex decisions about development and allocation of resources that are an attempt to do all sorts of things that are important. Climate change and greenhouse gas emissions need to be part of that decision matrix.

HCN: The Southwest cities are growing quickly. What needs to happen, based on your research for the IPCC, for this to occur in a climate-friendly way?

KG: First, the report states that urban areas account for about 70 percent of global greenhouse gas emissions. And under just about every scenario the IPCC uses, that share will increase over time.

There are three big mitigation items within cities to highlight, the first being energy supply, particularly electricity. Now, cities often don’t have utter control over their electricity supply. But since they are the majority consumers of electricity — and some cities have their own utilities — that’s a good place to start. It’s the same old thing we’ve been saying for years: We’ve made some transitions from coal to natural gas, but we need to move to renewables. Solar and wind have come down in cost and have started to take on a larger share of the grid, but we need to accelerate that transition. We need greater utilization of rooftop solar. Arizona is blessed with large amounts of solar energy, but not many clouds. We need to take advantage of that fact. And we need the utilities to be involved.

Solar and wind have come down in cost and have started to take on a larger share of the grid, but we need to accelerate that transition.

Second is the road sector. In many cities, road emissions can be the largest emissions sector. We need integrated urban planning that tries to lower the commute distance, shifts from individual-passenger vehicles over to rideshare, or subway, or bus. We also need the electrification of the on-road sector. The problem of course, is getting older cars turned over. I think right now, in the United States, maybe we’ve had 1 percent penetration of electric vehicles, which is significant. It wasn’t that long ago that electric vehicles really started entering the market. There needs to be consideration of policies and programs that can accelerate the fleet turnover.

And the final one is buildings, and of course, the electricity supply affects buildings. But there’s also lots of room for improving buildings’ efficiency.

HCN: Your chapter emphasized the need for integrated planning for any solutions to work. Can you explain what that means?

KG: Traditionally, the IPCC reports, and a lot of analyses, tend to go sector by sector. “Here’s what we do in the road sector, here’s what we do in the residential sector,” and so on. There’s an increasing recognition that in cities, mitigation really needs to be thought about systemically. So, when you’re thinking about a development, you think, “OK, what’s the impact of the roads that are going to be needed? What do they mean in terms of greenhouse gas emissions? What about the infrastructure? Can we avoid natural gas pipelines and go full electric? Well, if we do that, where is the electricity supply going to come from? What does this mean for water?”

The planning needs to have this integrated aspect where all components of energy and material inputs to make urban growth occur need to be considered in terms of greenhouse gas emissions. The isolation of sectors often leaves you blind, and you can solve one problem and make another one worse.

There is a big emphasis on extensive expansion in cities like Phoenix. And we need to expand equal amounts of effort in more integrated urban development. That means bringing people closer to their jobs through mixed residential-commercial spaces, more pedestrian-oriented portions of town. There aren’t a lot of different types of modes of transportation in Phoenix, things like light rail [transit], buses, and public transportation. The more extensive the development, the more vehicle miles traveled you end up with. 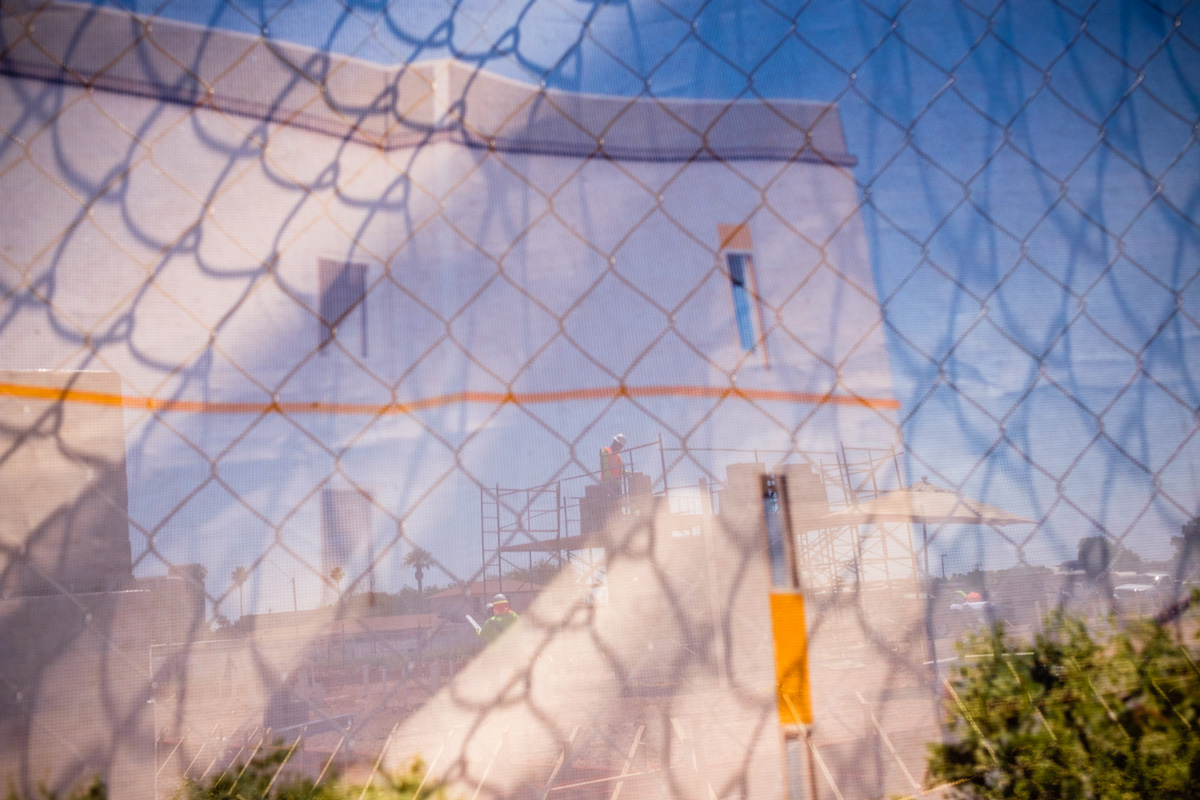 Cities are not islands; they exist within a metro region, and then those are within a county, within a state. Cities do have some autonomy to do things, but they also need to work within what we call the multi-governance frame. That means that not only should they integrate things in their own planning, but that integration also needs to scale up. Cities need to work together with each other, and work with their regions, and leverage solutions at each one of those scales. This is complex, but in the end leads to greater change when it’s systemic, because it can be sustained.

HCN: You’ve worked in global climate research since the 1990s, and the action needed to combat the crisis has not occurred. Do you ever despair?

KG: I don’t despair, because that’s just not my nature. But “frustrating” is the word I would use. We’ve done the work, and the message is out there. I think what’s frustrating is the fact that it’s become so politically partisan. That, to me, is the saddest part of all this because, as scientists working on this problem, it’s never a political issue for us. We’re trying to establish what is true and what is not true, what is based in facts.

There are lots of opportunities here to do things that are beneficial to economies … and quality of life for so many people.

The other part of the frustration is that, along with the unpleasant reality of this problem, it’s always been coupled to a certain modicum of opportunity. There are lots of opportunities here to do things that are beneficial to economies, beneficial in all sorts of other ways to the autonomy of nation-states, their energy independence and quality of life for so many people.

Let’s use Arizona as an example, because this transition poses tremendous opportunity. Not only do we have abundant natural resources that we can use to help solve this problem, but we can create significant industrial growth in the clean-energy sector. It’s a pity that we’re not seeing that, partly because of the fear that comes from political messaging and the manipulation of the reality. Arizona has so many opportunities in the space, and it’s so frustrating to see us not grab them and bring those economic opportunities to the state. Fear, misunderstanding, and misinformation have gotten in the way of that positive message.

HCN: This IPCC report seemed more blunt and direct than previous versions when it comes to the political obstacles and policy solutions. Was that on purpose?

KG: Yes, I think that’s true. The IPCC recognized the need to be a bit more practical. Remember, our job is to review the state of knowledge, not to recommend policies. But I think there was an interest to give people more practical information about what’s possible. I think it does read as being more blunt, a little less theoretical, a little less abstract. The crisis around us is getting worse. We’ve got to interpret and analyze the literature in ways that give people, policymakers, decision-makers, and stakeholders, real actionable information that they can use to do things. I know in the Urban Systems chapter, that was something that we spent a lot of time both discussing. Rather than abstractions about cities, we want to give a good perspective on the literature around climate mitigation in cities, the failures and the successes, to practically guide decision-makers.