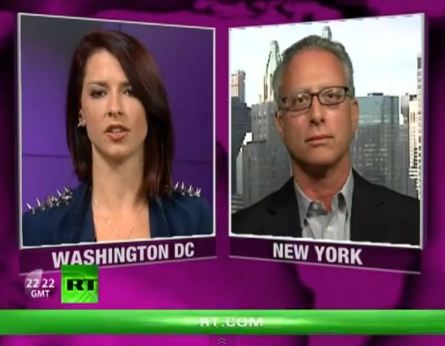 The Plague of Tokenism From time to time, WhoWhatWhy will bring you unusual perspectives you probably won’t find elsewhere. You may agree or disagree, but you can be sure it’ll be thought-provoking. This piece is from Victor Wallis, who teaches history and politics at Boston’s Berklee College of Music.

We all recognize tokenism as an excuse for inaction. It’s a way of declaring a problem settled while hardly even beginning to address it. What has not been so much noted, however, is the extent to which it pervades every dimension of politics in the United States.

An important attribute of tokenism is that many who acquiesce to it have a sincere wish that the issue in question could be addressed at a deeper level. They recognize the token for what it is, but they reassure themselves with the thought that at least it’s a first step in the right direction – that it’s “better than nothing.”

I believe, on the contrary, that this very predisposition is what makes tokenism worse than nothing – a step backward from goals that are widely desired. The token itself might be harmless or even positive. What makes it insidious is its framing, or the larger context in which it is put forward.

The image of a waterfall, a heron, or a sunset may remind us that nature offers us a wealth of inimitable wonder. Painted onto the back of an SUV, however, it’s the cynical expression of a posture in which everything in the universe has been tamed, packaged, and brought under control. Tokenism in the U.S. first gained traction as a way to co-opt the fight against racial segregation. Its role in defusing that struggle is longstanding, and continues into the present. The peak of tokenism was reached when a major sector of the ruling class anointed Obama as a viable standard-bearer for their broadly discredited agenda of social cutbacks and foreign wars – an agenda which in no way reflects the interest of the popular constituency that Obama (in “identity” terms) supposedly represents and which comprises his most loyal and dependable electoral base.

Racial tokenism was soon joined by gender tokenism. Tokenism might seem harder to apply here, given the theoretical 50% benchmark. But it could take a variety of forms. The fascination with visibility and high office would remain, as in the recent rather desperate call of a liberal columnist to endow Hillary Clinton with the presidency in 2016, not because of any policies she might advance, but simply in order for a woman to hold that high position.

Meanwhile, in the armed forces whose deployment Mrs. Clinton has so assiduously championed in her role as Secretary of State, sexual assaults on women continue unabated. And within the imperial social order upheld by those forces, the attack on reproductive rights intensifies.

In both the racial and the gender dimensions, public discourse remains locked in the mindset of treating the various issues on a one-by-one basis. Yet every demand that is squelched when advanced in isolation is in reality grounded in a complex of conditions that can only be addressed together.

The call to combine issues is typically regarded as obstructing the buildup of a political base, in the sense that it’s easier to unify a broad constituency around a single demand than it is to work through the disagreements that arise as one tries to go to the roots of a problem. But the easy unity behind a single and separately contested issue is superficial and therefore ephemeral. It does not express a fully articulated political force, and does not reflect a socially cohesive constituency.

The phenomenon of tokenism is the outcome of that shortfall. A victory of sorts may have been won, but the forces that upheld the previous dispensation survive unscathed.

In the environmental dimension, tokenism will continue to flourish – and progress will remain out of reach – for as long as the debate remains focused exclusively on forms of energy and fails to take up the question of how one can reconceptualize human and social need.

The reason for this is twofold. On the one hand, every alternative energy-form has its built-in limitations, associated with space requirements, dependability, and/or potentially harmful side effects; and given those limitations, all the alternative energy-forms taken together will not be sufficient to satisfy the current level of demand (let alone future increases in demand). On the other hand, to ignore objective limitations in total energy availability is to leave unchallenged the dominant discourse of “all of the above” [energy-forms] and its driving force, the commitment to perpetual economic growth.

Within the U.S. political establishment, in which capitalism cannot be questioned, talk of “green energy” and “green jobs” bears all the earmarks of tokenism. Particular non-fossil and non-nuclear projects may be advanced, but there is no political force to block ongoing depredation on the part of existing enterprises. Capital recognizes the inherently subversive potential of an authentic ecological agenda, against which token green programs – heralded with a disproportionate level of rhetoric, though enjoying below-par subsidies – serve as its first line of defense. Through what process, though, will humanity be able to reconceptualize its basic needs? Several conditions appear to be necessary.

First, the exhaustion of the ecological matrix needs to be made glaringly evident to everyone. This is no easy matter. There is a constant push-back against such recognition, not only from right-wing denialists (self-anointed “skeptics”), but also from certain progressives. Among these are those who focus most of their attention on how to increase the total energy supply (including in some cases even through resort to nuclear power) and – perhaps overlapping these – the self-proclaimed anti-“catastrophists” who argue, purportedly because of the need to act quickly, that strategies for responding to the environmental crisis must be developed independently of agendas of social transformation.

In the latter perspective, we again find the apprehension that going to the roots of an issue will only complicate things, and hence that it makes more sense, as a practical matter, to follow a path that will command a broad initial consensus. The argument in this case is that foregrounding the structural critique – i.e. linking the ecological crisis to capitalism – will serve only to discourage people, inasmuch as they tend to view the power of capital as impregnable.

Responding to this stance leads us to the second requirement for reconceptualization, which is that people learn to view social practices in their full economic and ecological context. Only then is it possible to understand that the structural approach – which brings the contextual factors into focus – does not clash with the formulation of short-term demands but is instead integral to it. The most ecologically sound transit arrangements, for example, will reflect the analytic perspective that has most fully freed itself from the operating assumptions of the consumerist and market-driven approach on which the hegemonic car culture depends. Finally, the reconceptualizing of basic needs can only succeed as part of a collective process, involving increasingly large numbers of people and generating new structures along the way. These structures will have to arise at every level, from voluntary associations to works councils to political organizations to administrative bodies. Existing institutions such as schools and religious or cultural entities will all need to embrace the common mission of redefining needs, and evolve accordingly.

What is involved here is a thoroughgoing participatory process. Individuals who are at once well informed and imaginative will play a vital role in helping awaken people to previously unimagined possibilities, but what will ultimately be decisive will be the emergence – within new social and organizational spaces – of creative energies on a scale far more vast than in any previous social transformation.

The process will be democratic in the fullest meaning of this term. Merely to imagine such an unfolding is to remind ourselves once again of the current pervasiveness of tokenism – in this context, in terms of what has been allowed to pass for democracy.

Here is where we see the crowning expression of tokenism: the assumption that the current mode of selecting national political leadership can bring the changes needed in order to secure our collective long-term survival. Within this tokenistic scenario, a constant show is played out to absorb our attention, tap our political energies, and deplete the treasuries of our trade unions and community organizations.

And while the charade goes on, the big corporations continue – whether directly or through their agents in government – to impose their twin agendas of accumulation and expansion. While tokens are offered to those who would transform this framework, the deeper legal/cultural matrix is one that continuously reinforces the sanctimonious aggressiveness of individuals and collectivities who view their own dominance – over nature or “other” human beings – as a matter of right.