This story was originally published by The Revelator.

In 2006 genetic analyses revealed that the clouded leopard exists as two distinct species rather than one, as previously believed. Today what we know is the Sunda clouded leopard (Neofelis diardi) is native to the jungles of Borneo and Sumatra, while the Indochinese clouded leopard (N. nebulosa) ranges from the Himalayan foothills of Nepal, India, and Bhutan, and across mainland Southeast Asia. While it’s believed both species’ populations are in decline due to rapid habitat loss and conversion, the ecology and status of the highly secretive Sunda clouded leopard is poorly known, with only about a dozen ever radio-collared.

The Sunda clouded leopard is one of the largest of the small wild cats, with a head typical of a “big cat,” such as the tiger, lion, jaguar, or snow leopard. The species’ name refers to the cloud-like patterns found on its gray-yellow fur. It averages 26-57 pounds, with a tail known to grow as long as its body. 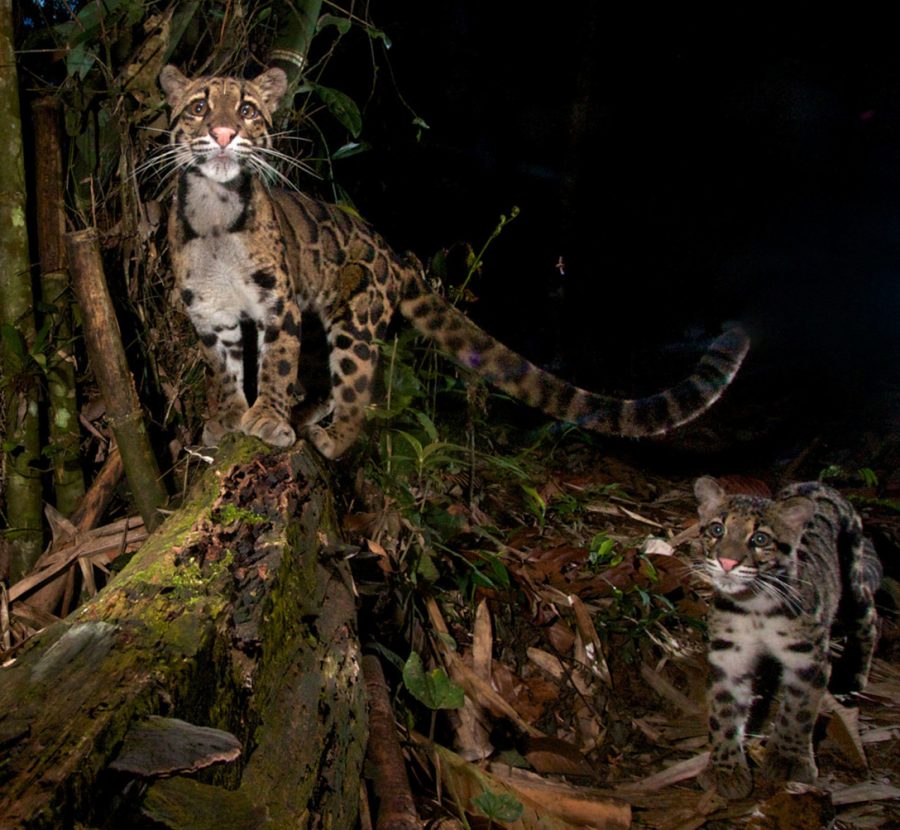 The leopard’s anatomy suggests it’s a tree-dwelling or at least tree-loving wild cat, hence its “tree tiger” nickname. Its canine teeth are considered to be the longest of any living wild cat’s.

The species is native to Borneo and Sumatra, with strongholds in the Leuser, Kerinci Seblat, and Bukit Barisan Selatan National Parks, as well as the Heart of Borneo Landscape that spans the three territories of Malaysian Borneo, Indonesian Borneo, and Brunei Darussalam.

Habitat loss — driven by extensive, unsustainable agricultural development, including oil palm plantations — has led to the disappearance of the Sunda clouded leopard from approximately 50 percent of Borneo and two-thirds of Sumatra, Indonesia.

Like many of the big cats, the Sunda clouded leopard is also subject to poaching for the illegal wildlife trade, in which the species’s coveted coats, bones, and meat are sold.

The latest member of Panthera’s Global Alliance for Wild Cats — Jon Ayers — recently pledged $20 million over 10 years to wild cat conservation, with a focus on small cats — the largest-ever commitment to small cat conservation. Invigorated by these new funds, Panthera is working to identify the core conservation regions for the Sunda clouded leopard and learning how the species adapts and responds to habitat modifications to prioritize our protection efforts.

Panthera’s Small Wild Cats Program currently carries out biological monitoring and anti-poaching efforts in the Deramakot and Tankulap Forest Reserves in Sabah, Malaysian Borneo. Known as the Dupot Scouts — the word Dupot references “wildlife” in the Dusun indigenous language — the team is fully comprised of Malaysian Indigenous people, including two female rangers, all of whom partner with Sabah Forestry Department Protect. This region is located within the Heart of Borneo. 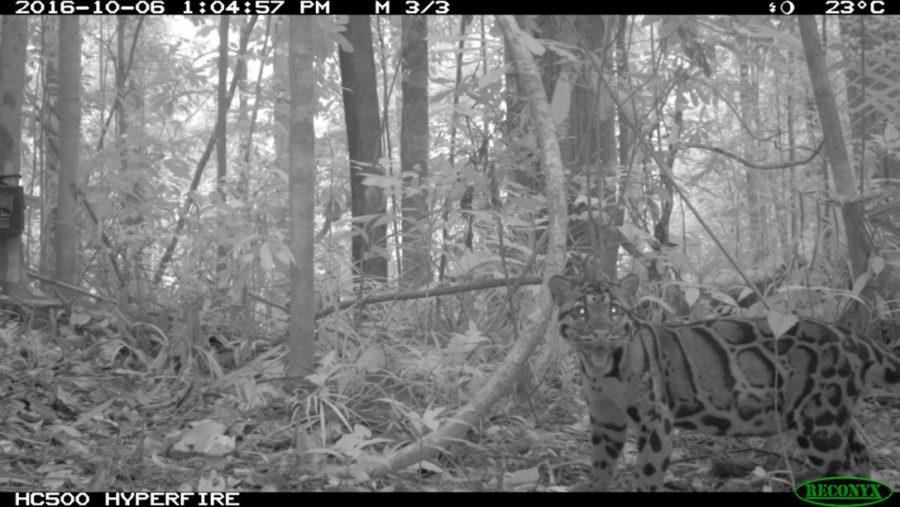 The Gunung Leuser National Park, in the Aceh Province in Sumatra, is one of the largest protected areas in Asia and is a stronghold for Sunda clouded leopards, Asian golden cats, and marbled cats. Panthera is currently working with a local Indonesian NGO, Sintas, to implement a long-term monitoring program for these three species. Our team is working to understand their population trends and mitigate the threats they face from agricultural expansion, poaching, and human-wildlife conflict.

I have been privileged to work across the rainforests and National Parks of Sumatra and Borneo for over a decade. However, I have not yet had the good fortune of seeing a Sunda clouded leopard in the wild — a testament to its rare and elusive nature. But our patrol teams based in the Deramakot and Tankulap Forest Reserves in Sabah have been more fortunate, with a number of clouded leopard encounters. These forest reserves are two of the best places across the species’s range where they can be seen in the wild. There are several reputable ecotourism companies operating in the area that offer Sunda clouded leopard sightings.

What Else Do We Need to Understand to Protect This Species?

While the Sunda clouded leopard is gaining conservation attention, particularly across Borneo, knowledge gaps still hamper its conservation. Further research is needed to better understand the ecology, distribution, and conservation status across the species’s range. Additionally, the threats of habitat loss and poaching are increasing, and it’s critical to understand how these threats are affecting populations and use this information to inform effective conservation interventions.