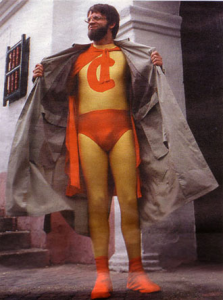 Radical Thinking To Recreate And Reimagine Our Cities I loved this article and movie link! Inspirational how Mockus’ leads a people’s consciousness to CHANGE, value yourselves AND your environment! He truly is a leader! A problem solver with creative visual tactics! Penosa comes off as a thoughtful developer, who knew how to spend the money earned by Mockus’ righteous public turnaround. Both are exceptional politicians who truly SERVE the public! Cool flick!

I noticed that much of the space below is spent discussing the topic of population. The following is a link (with many more attached to it) on that topic. http://www.youtube.com/watch?v=vZVOU5bfHrM

One of the fastest growing technologies in the world today is safe, sustainable and  healthy farming (in previously unimaginable locations and quantities), it’s neck and neck with affordable, accessible alternative energy.  Here are but two examples: http://www.youtube.com/watch?v=M2RpS9tFkrg
http://www.youtube.com/watch?v=jV9CCxdkOng&feature=related
There are great diy examples that have only begun to be translated into other languages: http://theurbanfarmingguys.com/

I don’t currently have the time to begin listing the current appropriate alternative energy tech’s but here’s a start. Look into micropower

I used to believe much of what the contributors below did – then I looked into it.

Assuming that population will keep exploding to the level assumed in the piece. Fatalistic.

The only statistic that is a speculation in this piece is that more people will live in cities, not that the population will explode:
“It is estimated that by the year 2050, eighty percent of the world’s population will be living in cities.”
It is simply a story of how 2 mayors made a drastic difference in a place that desperately needed it, no assumptions or fatalistic statistics are being made in this documentary.
This is all regardless of course of the fact that overpopulation is indeed a huge issue we are facing- on average, the world’s popuation grows with a net
increase of 215,000 people per day.  This is every day, adding to an
already terribly overpopulated Earth.

Sorry, but because it does not factor exploding population the story of fantasy cities is fatalistic. Given your understanding of population I’m surprised you don’t get that, though maybe you do now. I know that is what the ‘story’ was about, I’m simply tired of all the silly bs ‘theories’ and ‘city hopes’ going round and round while the primary factor is never discussed. And further, the idea that 80% will be living in cities is just as grotesque. My post is my means of contribution to the subject, for now.

The Men and/or Women who “own” the USA, now Control the most of the rest of the world?

Is this what it takes? A political metamophosis? Can radical politicians with radical methods do their stuff in USA? With campaign finance? And, “money as speech”? I don’t think so. This is a nice story about a foreign country. Democracy may exist more in those countries. It does not exist here. Even here, we needed FDR, one of them, to enforce the New Deal to save their capitalism from collapse. That was the only reason.  Today, they don’t care if it collapses. They have China and India now.

The story is compelling, and the results nothing short of incredible. I have a feeling that this transformation comes in well under budget and faster than expected by a skeptical world.  I wonder why this is the first I have heard of this. Could it be that it wasn’t a huge moneymaker for the rich and powerful? Could it be that this proves something in spite of those who decry the evils and ills of something too close to being called s o c i a l i s m ?

Here, it seems as if a large number of the traditionally marginalized citizens have been considered and accounted for in the “plan”, and therefore *included*.

[…]although sites we backlink to below are considerably not connected to ours, we really feel they’re actually really worth a go by means of, so have a look[…]