New Study Confirms — Again — Plant-Based Is Better for the Planet

This story by Jenny Splitter originally appeared in Sentient Media and is republished here as part of Covering Climate Now, a global journalism collaboration strengthening coverage of the climate story.

The new University of Oxford study adds to the growing body of evidence that plant-based foods, even the processed ones, are better for the planet than meat, especially beef and lamb. Published August 8 in the Proceedings of the National Academies of Science journal, the research analyzed the environmental impacts of 57,000 different types of food, looking at water and land use, as well as fertilizer impacts. Researchers suggest the data could prove helpful for making food choices that are both nutritious and friendlier to the environment. 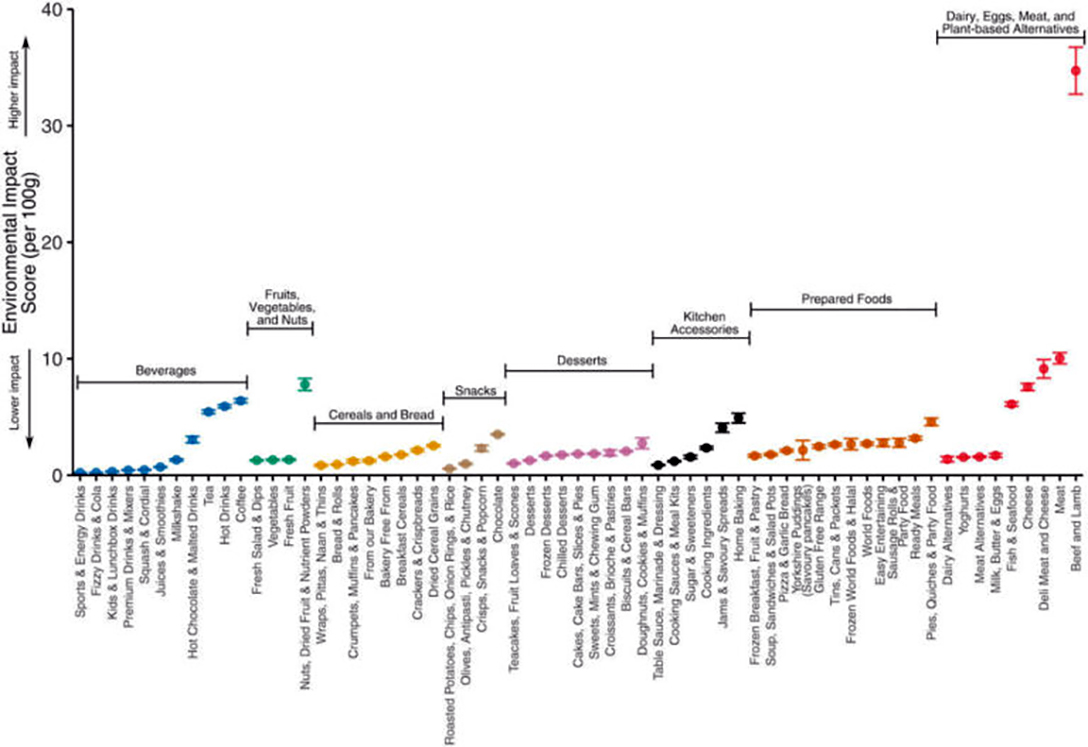 Plant-Based Foods, Even the Processed Ones, Are Lower in Emissions Than Meat and Dairy

The study builds on 2018 research published in Science that measured the environmental impacts of crops and agricultural commodities, using data from 570 studies of more than 38,000 farms. While that research was one of the most wide-ranging analyses of environmental impacts from food to date, it looked primarily at commodities, single crops, or livestock, rather than the kinds of manufactured and processed foods that tend to make up at least part of most peoples’ diets.

This study includes convenience foods like plant-based burgers and sausages, finding their impact to be far lower than beef or lamb. The evidence rebuts the argument sometimes raised by critics who favor small animal farms as a food system solution — that the ingredients for plant-based burgers or the energy that goes into processing them might somehow add up to levels of greenhouse gas emissions that exceed what’s associated with red meat. Sometimes that myth has been repeated, uncritically, by major mainstream news outlets, adding to public confusion about the climate impacts of food choices.

What the findings of this and other studies reiterate is the point that the largest food-sector emissions sources are the farmed animals themselves, especially cows, and also the massive amounts of farmland that go to feed these animals. It is not fuel for tractors or processing in a factory or even transportation. 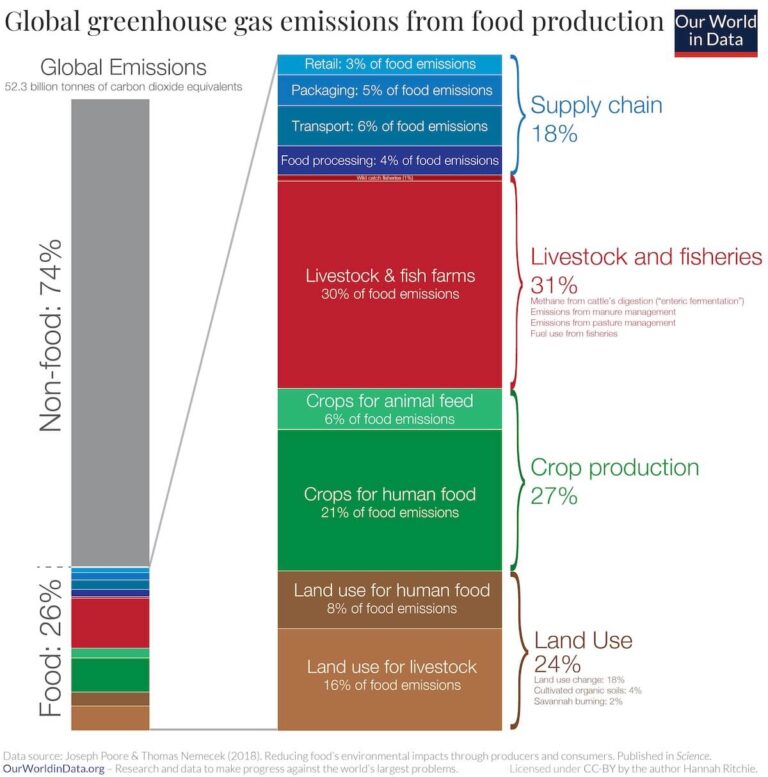 That’s been a tough message to get across, both to the public and to climate journalists. The source of confusion might be this: For most other sectors, the major pollution source is usually fossil fuel use. But energy use on farms, whether it’s for transportation or tractors or whatever, is just a very small part of agriculture sector emissions. When it comes to food and farming, the emissions are mostly cow burps, dairy, hog poop, and land.

Of course, it would be a public health disaster to make dietary choices based on emissions alone. Potato chips and sugary sport drinks are not healthful or nutritious, especially if eaten in excess. But what makes heavily processed or ultra-processed foods, as they are sometimes called, lacking in nutrition is not the processing per se, but the fact that they are loaded with some combination of sugar, salt, and fat, and typically devoid of nutrients. “Processed” is the word that grabs attention but it doesn’t actually get at what makes the food unhealthy.

Luckily, there are plenty of animal-free foods that are both nutritious and come with a modest impact on the planet, as this study shows, including lentils, oats, and tofu (no, tofu is not causing deforestation, by the way). But it’s also possible to eat a healthy diet that includes some processed plant-based convenience foods.

Why Is Beef So Bad for the Environment?

Cows are ruminant animals, animals that have multi-chambered stomachs, called a rumen, where bacteria breaks down food. Ruminant animals are digestion powerhouses. They’re the reasons cows can eat all kinds of foods that humans can’t. But they’re also big emitters of methane, gas released mostly in the form of burps as animals digest. Animal manure is also a source of methane, which is a particular problem from industrial farming of pigs and dairy cows, thanks to factory farms that store manure as a liquid.

Methane isn’t the only environmental impact caused by raising animals for food, however. There is also a massive amount of land and water required to raise and feed these animals. All cattle — whether feedlot-raised or grass-fed — spend most of their lives grazing, which requires a lot more land than just raising lentils or oats or even chicken or eggs. Animals fed in a confined feeding operation also need corn or soy feed, which adds up to even more resources to raise those crops for animals. All of this contributes to the outsized resource use and environmental impact of meat.

The many benefits of plant-based diets don’t mean plant-based food manufacturers are somehow above criticism. Vegan companies are also capitalist enterprises. They can do better by their workers, paying a fair wage and offering good benefits, or they can bust unions and underpay them. A just transition to a plant-rich and justice-centered food economy is possible, but will require significant economic investment and government oversight.

Systemic criticisms like these should continue but headlines and coverage that suggest processing might somehow be responsible for making vegan food bad for the planet should not. It’s not the processing. It’s the animals.