How do we protect communities — especially long-neglected communities of color — from environmental harms caused by corporate polluters, lax oversight, and poor enforcement of existing laws?

This country desperately needs new eco-detectives — trained employees and citizens who can identify and uncover pollution, poaching, and other eco-threats that harm people, wildlife, and the planet. 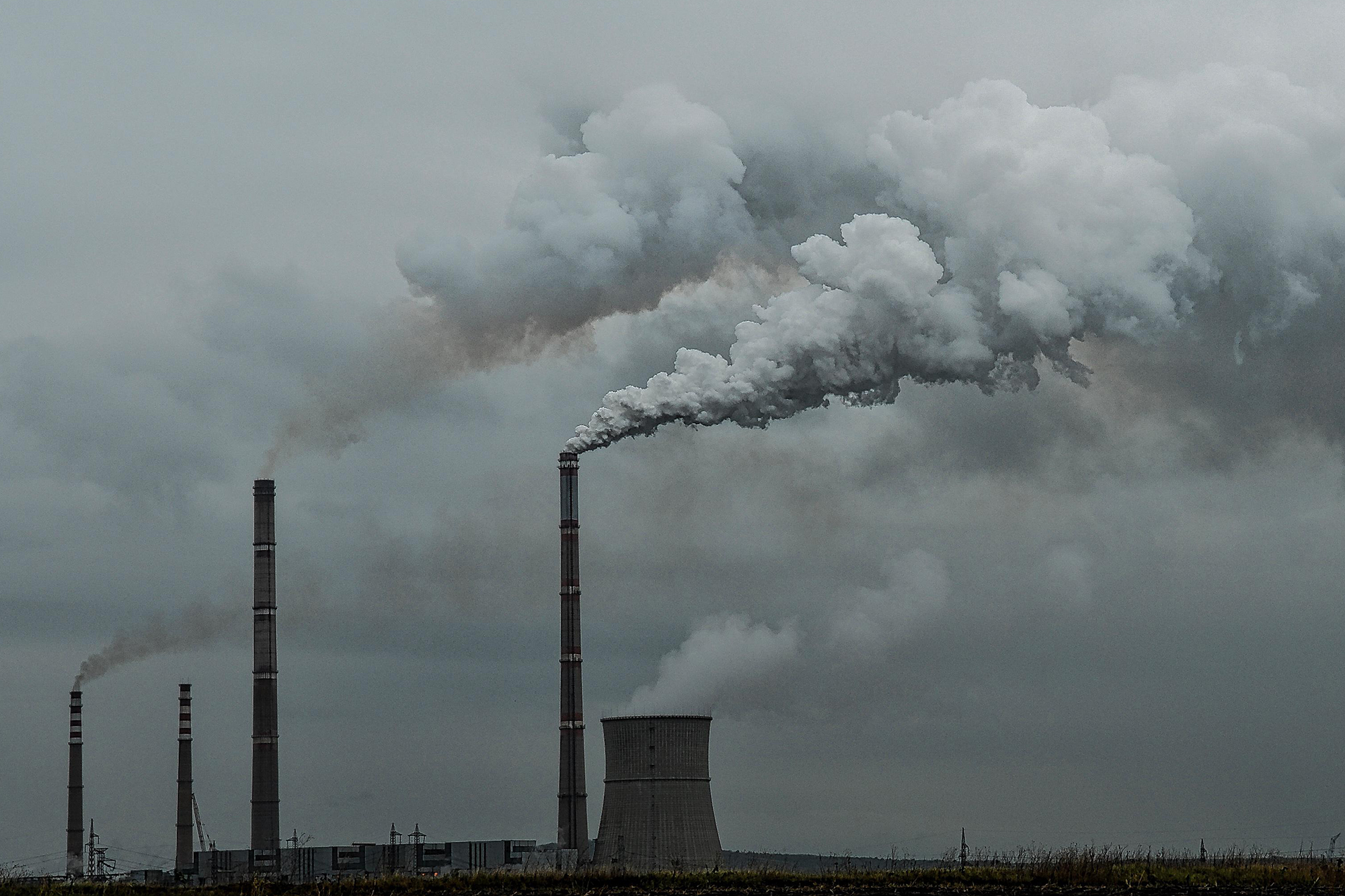 Like most nations, the United States has never taken these types of crimes and assaults seriously. This was especially true during the Trump administration, which saw enforcement of environmental regulations fall to an all-time low. But that neglect built upon a systemic flaw, which sees the perpetrators of environmental crimes receiving punishments that amount to little more than a slap on the wrist — if they’re prosecuted at all.

It’s time to fix that, not just for the past administration’s four years of malfeasance, but to correct a history of injustice.

Let’s start with the Environmental Protection Agency (EPA), which needs more investigators to detect and stop corporations from poisoning our air, water, and bodies. Under Trump, the EPA shed thousands of staff members and dramatically reduced its enforcement of existing laws. Those people need to be back on the beat. President Biden’s 2023 budget proposal aims to create the equivalent of more than 1,900 new full-time positions. That’s a start, but it barely makes up for the 1,500 jobs the EPA shed during the first year and a half of the previous administration. Let’s double that number of new hires. 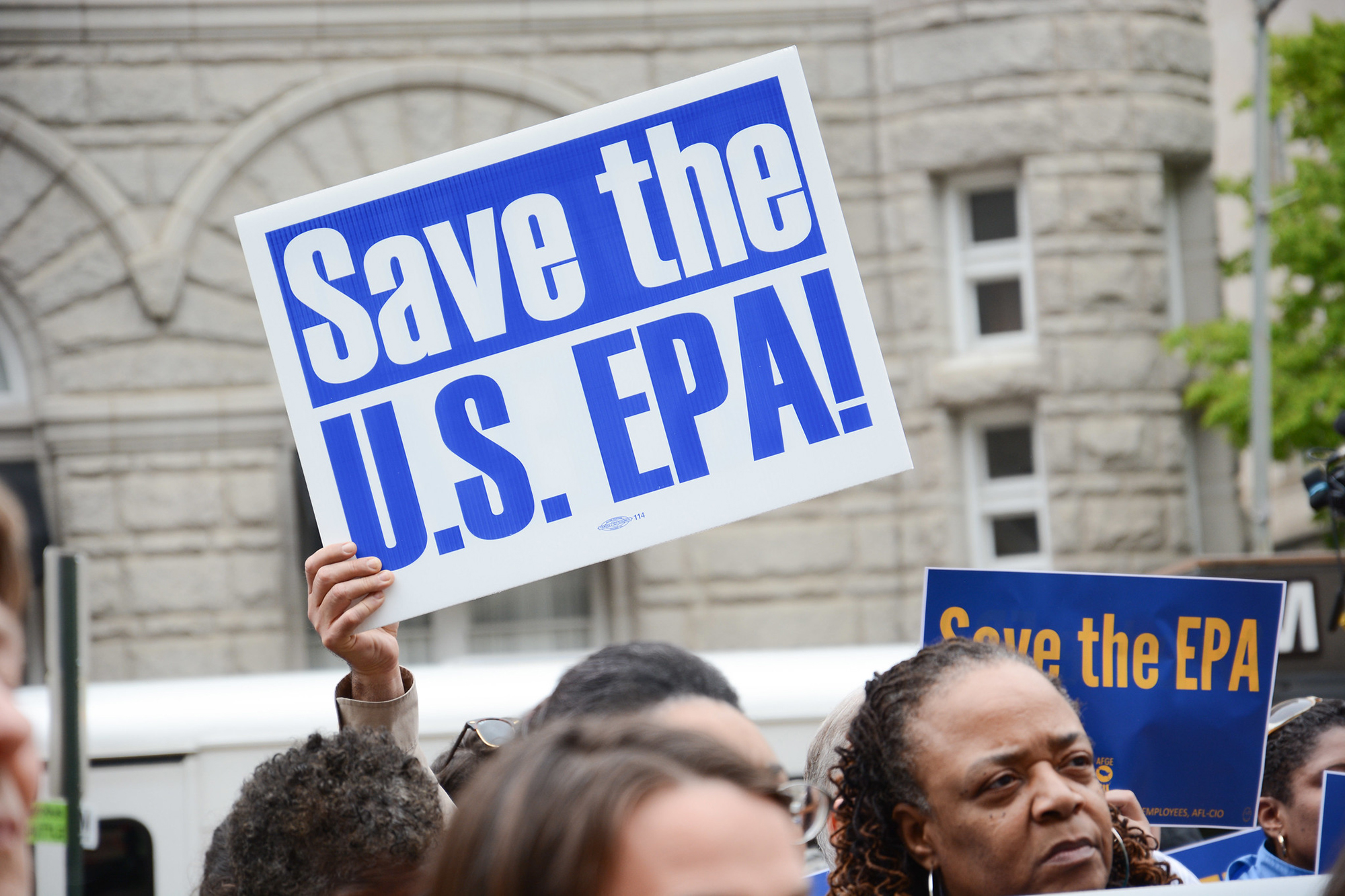 But why stop there? We also need more investigators at the US Fish and Wildlife Service, the Bureau of Land Management (BLM), the US Forest Service, and other agencies to protect our wildlife and endangered species — our natural, cultural heritage — from poachers, corporate development, and climate change. The Fish and Wildlife Service only has about 250 special agents probing wildlife crimes, many of which require multi-year investigations, while the BLM has just 70 people dedicated to criminal investigations. That’s hardly enough to serve a country our size.

Similarly, we need more inspectors at our chronically understaffed ports and borders to detect illegal wildlife trafficking and protect endangered species from exploitation, and the rest of us from introduced diseases and invasive species. To accomplish this, the Border Patrol’s history of racism and brutality needs to be systematically transitioned into a future of science and service. And it’s not the only federal law enforcement branch that needs reform — I’m looking at you, US Park Police. 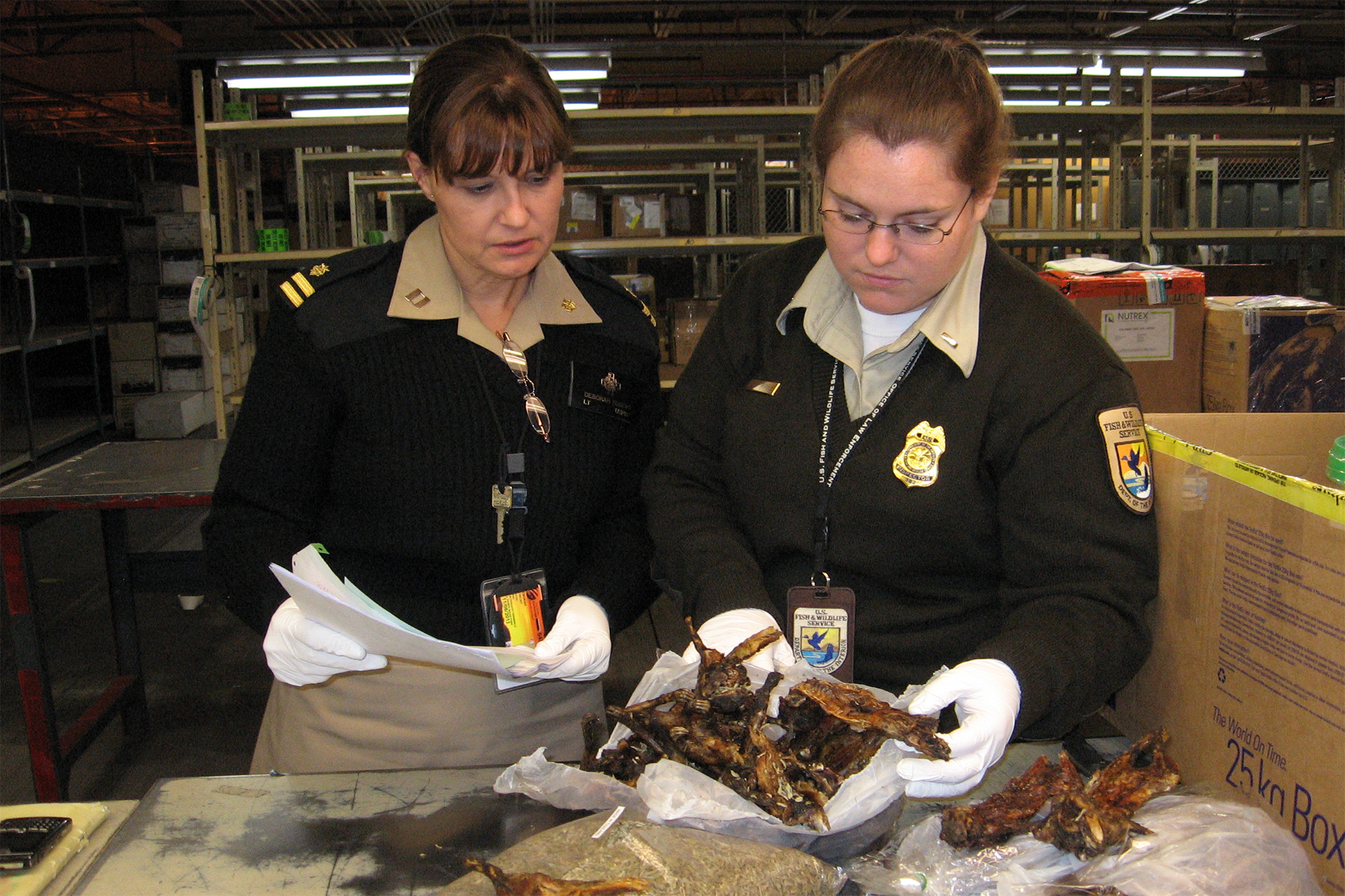 Centers for Disease Control staff inspect bushmeat being imported into the US. Photo credit: CDC

Of course, once we discover a crime, we need to do something about it. That’s why, on top of investigators, we also need more environmental prosecutors at the Department of Justice (DOJ) to make sure these types of crimes are properly punished. That’s especially true now, when the DOJ is already stretched beyond capacity as it prosecutes the more-than-700 individuals arrested during the January 6 insurrection. Again, Biden’s 2023 budget proposes some of this, with an additional $6.5 million for DOJ’s Environment and Natural Resources Division, but that’s a long way from becoming official. The EPA and DOJ also announced several initiatives to address environmental justice on May 5, so hopefully that will kickstart some effort and action.

Life in a participatory democracy depends on a vibrant free press, and studies have shown that as newspapers die, the amount of local fraud and abuse soars — like in coal country, for example.

Meanwhile, it’s not just about the federal government. States also need more environmental crime busters to address local crimes that federal laws don’t cover. If someone sells an endangered animal, pollutes a river, or chops down a forest but doesn’t cross state lines to do it, they still need to be found and punished.

All of this is essential, but we can go even further. In addition to addressing environmental crimes through the legal system, we need more environmental journalists, especially in underserved communities. We need these watchdogs to serve as eco-detectives more than ever — the United States has lost more than 2,000 local newspapers since 2004, turning many towns and communities into “news deserts.” Life in a participatory democracy depends on a vibrant free press, and studies have shown that as newspapers die, the amount of local fraud and abuse soars — like in coal country, for example. 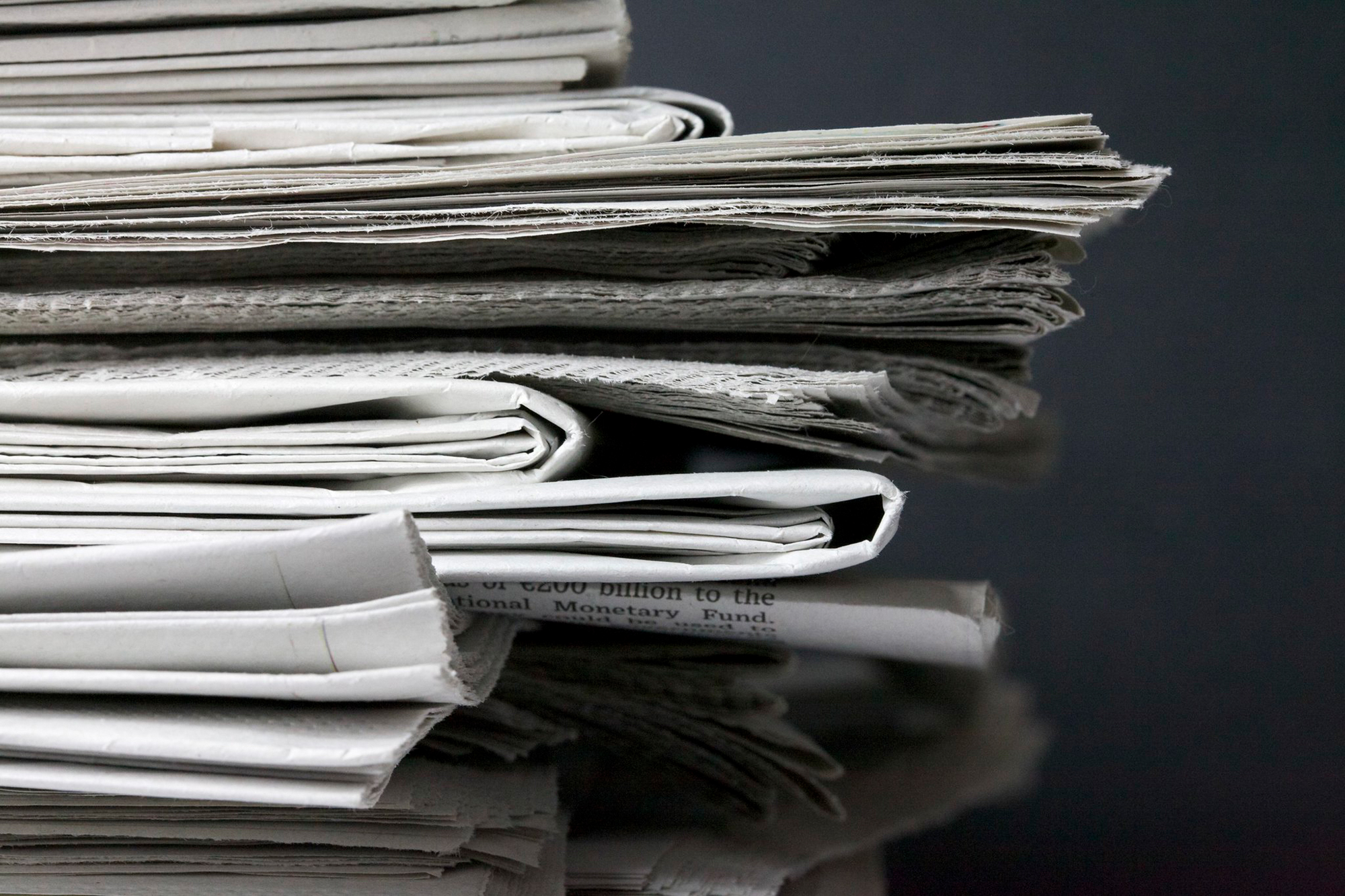 We also need more scientists working at every public health agency to better understand the crimes being perpetrated against the planet and its denizens. They can help find crimes — for example, by using satellites to detect unreported emissions — or push the legislatures to regulate threats we’re just uncovering, like the health risks from PFAS chemicals. Those researchers need to come from and live in every community, which means we need more commitment from academia to integrate the ivory tower, even as we all must commit to fighting systemic racial injustice wherever we see it.

In recent years, states around the country have passed a rapid succession of anti-protest laws related to fossil fuel projects, along with ag-gag laws to shroud factory farms in secrecy, and other regulations designed to minimize public participation and knowledge.

And that gets us back to those affected by environmental crimes the most: the people. Since most environmental crime takes place in our communities, we need to train people as citizen scientists so they can look for signs of harm themselves. Volunteer efforts like this have a long and important history of detecting pollution, declining wildlife populations, and other crimes or damage.

This also requires more citizen whistleblowers and activists, not to mention more laws to protect them when they tell the stories that wouldn’t be told without their eyes and ears. In recent years, states around the country have passed a rapid succession of anti-protest laws related to fossil fuel projects, along with ag-gag laws to shroud factory farms in secrecy, and other regulations designed to minimize public participation and knowledge. Those need to go so that citizens themselves can study, monitor, publicize, and stand up to the threats affecting their own lives.

And importantly, all these people — the detectives, prosecutors, scientists, and whistleblowers — need to be listened to by those in power. Folks have been speaking up in “Cancer Alley” and other environmental justice communities for decades with no changes to public health regulations: Much of the environmental harm perpetrated against these communities is currently legal. That means we need yet one more level of new environmental crime buster: politicians who will listen, act, and finally pass the tougher laws people have demanded for far too long.

Of course, nothing I’m proposing here serves to erase the sins of the past. But adding more eco-detectives to address environmental crimes at every level of society would improve our present and put us all on the path toward a brighter future. Without them, we’ll remain locked in a polluted prison of our own making.

John R. Platt is the editor of The Revelator. An award-winning environmental journalist, his work has appeared in Scientific American, Audubon, Motherboard, and numerous other magazines and publications. His “Extinction Countdown” column has run continuously since 2004 and has covered news and science related to more than 1,000 endangered species. He is a member of the Society of Environmental Journalists and the National Association of Science Writers. John lives on the outskirts of Portland, OR, surrounded by animals and cartoonists.