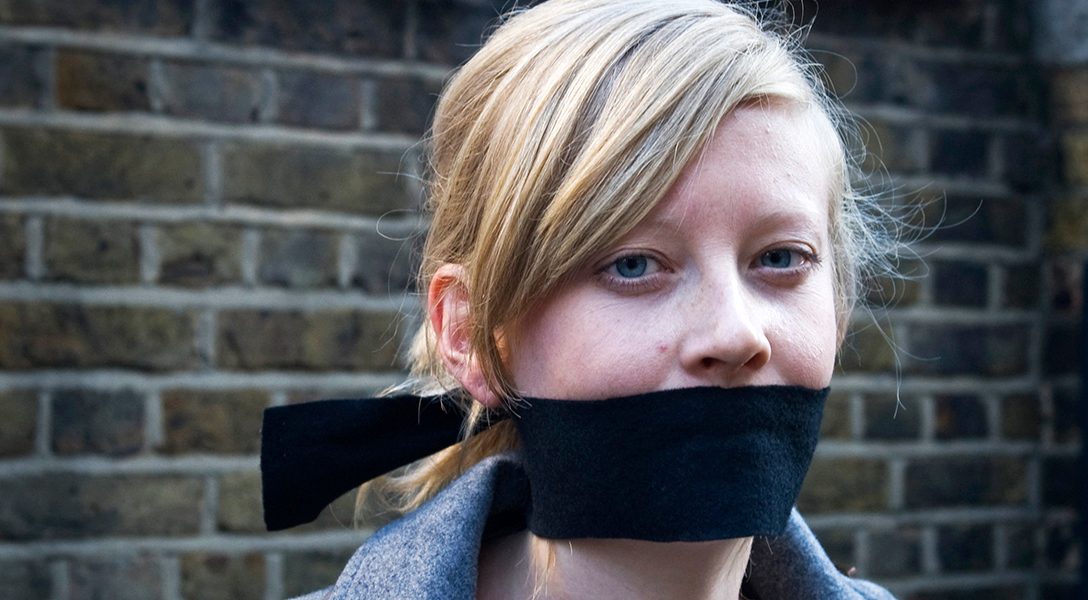 Should nonprofit groups that act to protect the public from pollution, consumer fraud and unsafe products actually be considered players in criminal conspiracies to harm companies?

Greenpeace and ForestEthics, now called Stand.earth, are being sued by Resolute Forest Products (RFP), a Canadian company headquartered in Montreal that employs 8,000 people and is the world’s largest supplier of newsprint. The lawsuit was filed in federal district court in Georgia, where Resolute operates a paper mill. Georgia also is the home of some of the company’s major customers, including Home Depot and Kimberly-Clark.

The lawsuit charges that Greenpeace and Stand.earth were engaged in a “criminal enterprise” to damage the company in an effort to raise more donations from an alarmed public.

The suit is using the Racketeer Influenced and Corrupt Organizations Act (RICO) to attack the groups, a legal strategy originally designed to take down members of organized crime. A court victory could require the environmental groups to pay $300 million in damages.

Kasowitz is known as a take-no-prisoners litigator who has successfully represented many corporate clients. Before the election, he sent two threatening emails to The New York Times concerning its Trump coverage. One letter warned the Times that publishing three pages of Trump’s 1995 tax returns would be illegal. Kasowitz also demanded the Times retract an account of two women who claimed to have been aggressively groped and kissed by Trump, calling the story “reckless, defamatory,” and libelous.

In representing RFP, the Kasowitz law firm takes the same fierce tone, making its case in part by referring to blogs and emails from the environmental groups, charging that their aim is to destroy the company by threatening its corporate customers with thousands of consumer emails and negative product reviews, insinuating that Greenpeace may even have been behind a Black Friday cyberattack on Best Buy in 2014.

The RFP lawsuit concerns a campaign spearheaded by Greenpeace and Stand.earth to push the timber company to change its logging practices. The campaign charged that RFP was destroying Canada’s pine and spruce forests in the far North, endangering the habitat of the woodland caribou, one of Canada’s endangered species. The environmental groups urged activists to use a number of tactics, including social media, to urge RFP’s major customers to stop doing business with the company. The environmental campaign targeted retailers such as Best Buy, Rite Aid and The Home Depot.

The corporation charges that Greenpeace deliberately lied about the company’s environmental record, falsified pictures to make its point, and “extorted” cooperation from RFP’s customers, all motivated by a desire to solicit more donations.

Resolute blames its declining profits and a decline in customers on the campaign. Resolute is suing not only the two environmental groups but also individual staff members.

Greenpeace has called RFP’s charges baseless. In a press statement, Annie Leonard, president and CEO of Greenpeace USA, contended that “Greenpeace is an independent nonprofit with a record of taking non-violent, creative action based on sound scientific facts to ensure the protection and safety of the environment and vulnerable communities across the globe.” In its legal filings, Greenpeace states that “RFP’s lawsuit is nothing less than a scorched-earth assault on the very nature of advocacy organizations in this country, and constitutes an unprecedented attempt to co-opt the anti-racketeering laws to silence critical speech on issues of public concern.”

Jasper Teulings, General Counsel for Greenpeace International, asserted that lawsuit is “actually a libel case in the guise of a RICO claim. The company most likely figured it would not be able to meet the higher standards of proof under libel,” Teulings said, adding that the company wanted to “avoid the First Amendment protection awarded to public watchdogs like Greenpeace.”

And there may be another reason RFP went the RICO route. Libel suits have become less attractive to corporations because more and more states — 28 at present — have laws on the books banning Strategic Lawsuits Against Public Participation (called anti-SLAPP statutes). These laws offer some protections from frivolous litigation to individuals and groups speaking on matters of public concern. Anti-SLAPP laws were enacted to ensure that the targets of such suits can swiftly address the charges against them, by requiring that their adversaries demonstrate that they would likely win their cases if the matter went to trial.

RFP wants to block a federal court from applying a Georgia anti-SLAPP law to this case. (Resolute filed its complaint in Georgia weeks before the state’s stronger anti-SLAPP law took effect.)

The RFP litigation is alarming not only environmental groups, but the entire nonprofit community. “RICO is an extremely powerful statute,” Robert Weissman, president of Public Citizen, told a group of activists who met on November 17 to discuss the lawsuit. If there is evidence of any party committing an “illegal act,” Weismann said, RICO pulls in any of their associates into the conspiracy. They all are “sucked in,” he said.

It is difficult to think that courts would be eager to prosecute nonprofit advocates as mafia dons. But winning in the courtroom may not even be the goal of these lawsuits. Being sued, and deposed, drains the resources of public interest groups, and distracts its staff, Teulings said. So even a court victory after years of protracted litigation may be enough to weaken nonprofit activism and frighten hundreds of other groups, he said.

Nonprofit advocacy groups believe that it is crucial to win the RFP case in the court of public opinion. To that end, last month Stand.earth invested in a full-page ad in The New York Times whose headline announces “Free Speech Is Not A Crime.” The ad states: “Attempting to persuade U.S. courts to label environmental advocacy as a criminal enterprise sets a dangerous precedent,”  affecting not only efforts to address climate change but also threatening “the basic right of free speech guaranteed by the First Amendment.”

The RFP case also has caught the attention of journalists. Twelve journalism groups, including the Reporters Committee for a Free Press, the American Society of Newspaper Editors, the Association of Alternative Newsmedia, and the Seattle Times Company filed a friend of the court brief supporting Greenpeace and Stand.earth.

What is at stake, the journalists contend, is the right of “speakers, including members of the news media,” to “exercise their constitutional rights without fear of unjustified reprisals.”

Using the RICO law to go after these environmental groups, the brief contends, “is clearly an attempt at an end-run around the protections of the First Amendment.”

The brief argues that RFP essentially is charging that what public interest groups typically do to engage the public — disseminating their reports, communicating with activists via blogs, mailings, emails and tweets— is evidence of a conspiracy to damage the company. To perceive citizen action in this light jeopardizes journalism, the brief asserts.

Todd Paglia, executive director of Stand.earth, warned activists that if RICO gains any more traction in the corporate world, there is a “danger” that the strategy will be “handed over to the Monsantos and Kochs” of the world. “We can’t let this happen.”

This strategy “appears to be fostered not only by industry, but also industry front groups,” added Carroll Muffett, president and CEO of the Center for International Environmental Law. This legal tactic, he charged, “is designed to go after NGOS for the very reason they exist — as watchdogs on government and corporate malfeasance.”