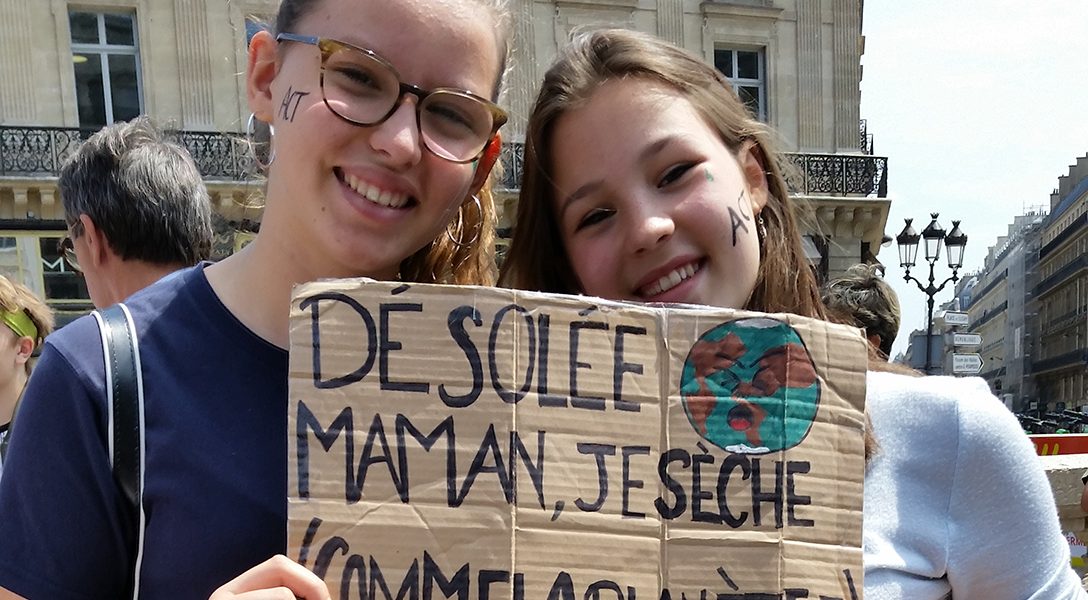 In the midst of European Parliament elections, which conclude today, thousands of young people crowded the square outside the Paris Opera on Friday to urge world leaders to avert climate change. Carrying homemade signs, they chanted: “1, 2, 3 degrees, it’s a crime against humanity.”

The Paris climate strike — many of the participants had skipped school to join — was just one among student protests in more than 1,600 cities and 125 countries. In Europe, these demonstrations had a special political relevance.

They took place during the four-day period from Thursday to today in which voters in 28 countries headed to the polls to elect the EU parliament.

These elections might be truly historic because climate change has proved to be a more prominent issue here than ever before in major elections.

More than three-quarters of voters (77 percent) across 11 EU countries said climate change was an important or very important factor for them as they made a decision on which party to support. Students Greta (left) and Maia were among the marchers. They translated the chant in English: 1, 2, 3 degrees. Crime against humanity. Photo credit: Celia Wexler for WhoWhatWhy

This view was shared by voters in all surveyed countries and, somewhat surprisingly, by all age groups. In fact, the oldest voters surveyed felt most strongly about the importance of addressing climate change (83 percent).

In an earlier survey by the European Commission, 92 percent of Europeans said climate change is a serious issue and 74 percent viewed it as a very serious issue.

That is a major contrast to the US, which leads the developed world in the percentage of climate-change deniers. The issue divides Americans along party lines more than most others.

A recent poll shows that 64 percent of US voters are concerned about climate change, an increase of 18 points over the past six year. However, only 42 percent of Republicans expressed that view, providing little incentive for GOP lawmakers to do anything on the issue.

In addition, President Donald Trump announced in 2017 that the US, one of the main emitters of greenhouse gases, would withdraw from the Paris Agreement on climate change.

In a positive sign, young Republicans are moving away from their party on the issue. That mirrors a global trend as young people have taken the lead in forcing political leaders to address the issue. In Paris, for example, the protesters were nearly all young and predominantly white. They waved green flags and gathered around a giant honeybee to symbolize the devastating effects of climate change

They met outside the Opera Garnier, a symbol of Belle Epoque extravagance, in a neighborhood full of global brand-name stores

A few protesters also released blue smoke into the crowd, a powerful symbol of pollution.

Leaflets also urged 14 steps to address climate change, including a carbon tax that would end exemptions for some industries, limits on pesticides in agriculture, and no more public investment in fossil fuels.

But for some students, the message was more general, urging politicians to do all they can to save the planet.