Humans and Jaguars Can Live Together — Here’s How

This article by John Polisar was originally published in The Revelator.

Humans and jaguars can coexist, even in areas where livestock is a priority.

As a biologist, I’ve spent the past 25 years working on issues related to jaguar conservation in South and Central America. I’ve seen how people and big cats can share the same land, to the benefit of both species.

Now that jaguars (Panthera onca) have started returning to the United States, with three documented big cats since 2015, the same thing can happen here.

It seems there are a lot of “what if” concerns about living with jaguars in the United States — questions that stem, in many ways, from one important fact: Jaguars have been gone from the American landscape for so long that we’ve forgotten they were ever here.

In fact, we have solid evidence of jaguars all around areas like central New Mexico, the Gila Wilderness complex, the rugged Mogollon Rim in Arizona and the adjacent forests. Not that many records, but enough, and trustworthy examples.

Perhaps the historical record seems thin. The late 1800s were turbulent in this region, with severe collisions between European descendant settlers and Native Americans. The wild areas in the jaguars’ mountain ranges were not a place for naïve naturalists to be traipsing around observing tracks and taking notes.

Despite that, there are strong, reliable records from the 1800s through the mid-1900s.

Of course, the fact that most of the historical records are of dead jaguars does a lot to explain why the cats disappeared from the region so quickly.

Jaguars occurred — without a doubt — in Southern California, as far north as central Arizona and New Mexico, and in southern Texas. I bet they sometimes used the riparian forests that lace rivers in the southern prairies. They were here. 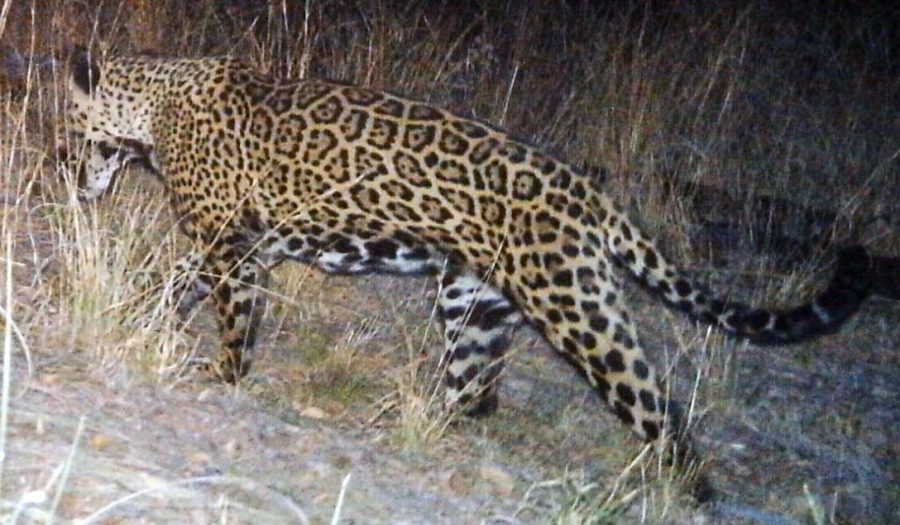 And they weren’t just transient visitors, either. Jaguar reproduction has been documented as far north as the south rim of the Grand Canyon, roughly 250 miles north of Mexico, at altitudes of 7,000 feet. Pregnant female jaguars don’t wander hundreds of miles. Generally, they hunker down in the best habitat they can find. When they give birth, their range is miniscule, as the cubs need tending. Gradually, as their cubs mature, the mothers’ range expands to a “normal” adult female range, which is never as large as male jaguar ranges. Pregnant female jaguars are residents.

To me, debating whether this area was a historical jaguar range is obfuscation. Why not take pride that such a magnificent beast graced our Southwest and acknowledge the cultural and fauna exterminations that occurred, contributing to the jaguar’s extinction in the area?

A Century of Eradication

When Lewis and Clark’s Corps of Discovery crossed the West from 1804 to 1806, that northern country was vast and relatively “wild.” By 1880, just eight decades later, the original human inhabitants of almost the entire West had been reduced drastically in number and lifestyle and forced into reservations. The bison were nearly extinct, rescued in Yellowstone and the Flathead Valley. Grizzlies were occupying far less ground than previously. Their highest densities had

been in California’s Central Valley (good soils can grow grizzlies or artichokes and avocados).

Fortunately, grizzlies had a few sanctuaries, notably in Yellowstone and Glacier national parks.

During the same period, the jaguars of the Southwest faced similar persecution but had no equivalent areas or options for refuge. The US government offered bounty payments for dead jaguars, one of the major factors in the disappearance of the species from the northern portion of its range. Following such vigorous expansion and eradication campaigns, jaguars eventually disappeared from the American landscape and psyche.

Coexistence Is Possible and Being Practiced Farther South

One of the points of greatest resistance to jaguars recovering in their former US range, I’ve detected, is a perception among some that livestock production and jaguar conservation are incompatible.

By looking across the 50 degrees latitude farther south where jaguars presently occur, we can see coexistence in practice, with notable examples of success.

I formally got into the jaguar/prey/habitat conservation business in 1996 — 25 years ago. The study area for my dissertation was an 80,000-hectare working cattle ranch and wildlife refuge, with about 10,000 head of cattle and wild populations of peccaries, capybara, deer, tapir, anacondas, and caimans — and jaguar and puma. I lived on that ranch for three years, and we evaluated the factors that contributed to conflicts between cattle and big cats.

Roughly 10 years later, ecologist Wlodzimierz Jedrzejewski and his team assessed the jaguar population and found approximately 4 per 100 square kilometers (38 square miles) — a robust population and a metric of coexistence success. 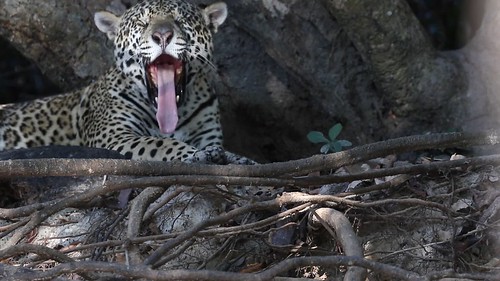 So why were jaguars in that ranch and refuge so successful?

First, the region retained some large forest blocks with no livestock. The ratio of forests to savannas and pastures was roughly 50:50.

That’s something I’ve learned in the past quarter century: To reduce the frequency and severity of jaguar attacks on livestock — and improve human-jaguar coexistence — it’s important that the jaguars never learn to take livestock in the first place. It’s not a natural food for them.

Another lesson: Jaguars prefer forested areas. They use open areas, but usually with reticence and in moderation. Carnivore researcher Ronaldo Morato and his colleagues evaluated radio locations of 40 telemetered jaguars across five biomes and found jaguars selected forests with more than 58 percent forest cover. 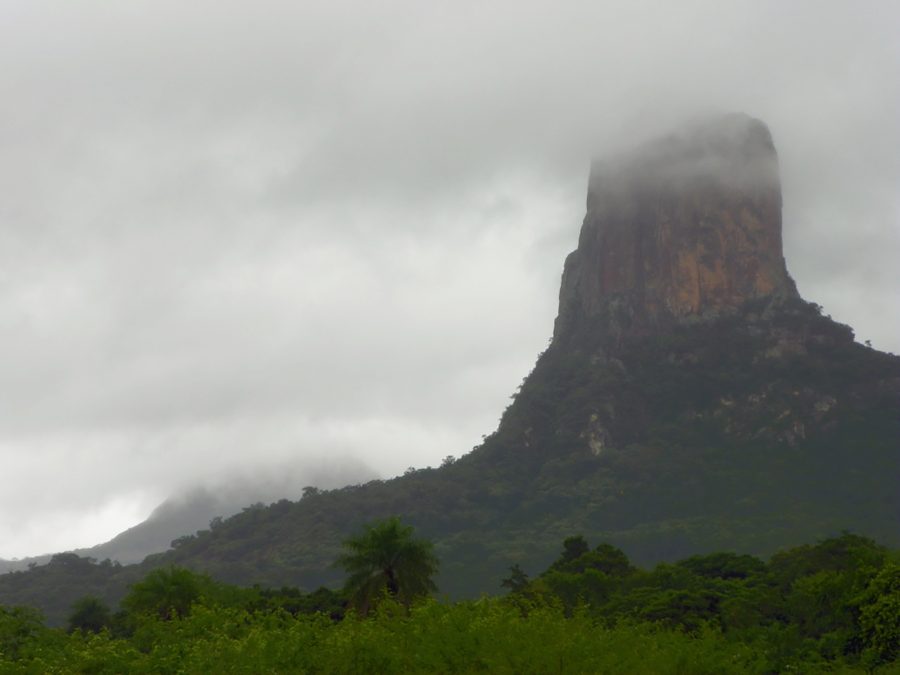 That can vary, as can the character of what constitutes forest. Jaguars occupy scrubby semi-xeric Chaco, flooded forests (Varzea) in the Amazon, humid forests in the Amazon, Guianas, and Central America, and even pass-through areas of over 9,800 feet in elevation in cloud forest in various places.

To me there’s an important take-home message from all of these habitats: Cows, pigs, or sheep should not graze free in forests. Simple and economical methods that exclude domestic livestock from prey-rich “natural” habitats can go a long way toward reducing attack incidents.

What else can we do to help predators, people, and livestock live in harmony?

Many ranches have employed measures to deter or reduce attacks, and in some cases, studies have shown them to be both efficient and cost-effective.

A 2016 study focused on six medium- to large-sized ranches in the dry forests of the Paraguayan Chaco, an area not unlike the southwestern United States. There, biologist Laura Villalba and her team identified pastures that had experienced high levels of livestock predation and introduced combinations of six methods to reduce the incidence of attacks: solar-powered blinking LED lights, electric fences, keeping cattle at greater distances from forest, secure locations at night, concentration of birthing seasons, and reduced hunting of natural prey by humans. The livestock losses dropped to zero. The value of cattle saved was far more than what was invested in anti-predation techniques — sometimes as much as 15 times higher.

In 2021, Antonio de la Torre and his team published a similar study with 11 smaller-scale livestock operations in the Selva Lacandona rainforest of southern Mexico. They found that the investment in electric fences generated returns more than 13 times the cost in economic value.

Other methods were also evaluated, with results showing as much as 26 times the economic benefit compared to the costs. 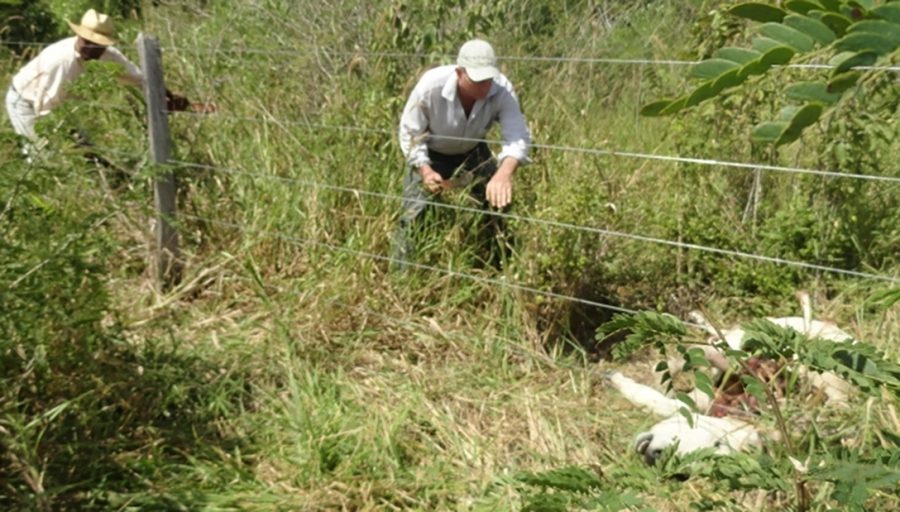 In both Paraguay and Mexico, jaguars survived while calves were saved. Investments were required, but those investments delivered economic and conservation returns.

Even where electric fences are challenging to install and maintain, other, lower tech solutions can help reduce attacks. De la Torre’s team also measured changes in livestock productivity, which saw increases due to tighter management. In both studies, researchers and farmers or ranchers worked together closely to find solutions.

Those are just two better quantified examples of the impacts of anti-depredation techniques. In fact, there’s practically a cottage industry of tools and strategies within occupied jaguar range, including but not limited to:

These methods work. Recently Fabricio Diaz Santos and I concluded a Darwin DEFRA-funded project with 100 farmers in the very remote Mosquitia region of Mesoamerica, with the goal of balancing economic and environmental priorities in these very small livestock operations and an eye towards forest conservation. In Nicaragua, livestock production and family incomes increased, forests recovered, and predation losses to jaguars dropped to zero due to tighter cattle management (including health, nutrition, and separation from forests).

Another study, led by Skarleth Chinchilla in an adjacent region of the Honduran Mosquitia, included 50 farmers and concluded that tighter herd management — night corrals, veterinary care, and protection of vulnerable calves — would solve a substantial portion of livestock losses, not all of which are attributable to large cats. In fact, in Skarleth’s area and in many others, challenges such as diseases, accidents, and cattle thefts are much more substantial causes of losses, all of which may be reduced by tighter herd management.

Most of this isn’t new. Progress on these techniques started as early as 1982 with Edgardo Mondolfi and Rafael Hoogesteijn’s “Notes on the biology and status of the jaguar in Venezuela” and ignited in 1992 with Howard Quigley and Peter Crawshaw’s “A conservation plan for the jaguar Panthera onca in the Pantanal region of Brazil.”

We have over a quarter century of work on human-jaguar coexistence. I’m not going to say that achieving coexistence is easy, but it’s definitely possible. There are numerous examples to draw upon from diverse ecological and management contexts in the species’ range. There’s even a massive 2016 volume, produced by Instituto Humboldt of Colombia, titled Conflicts Between Cats and People in Latin America, that summarizes the knowledge to date. 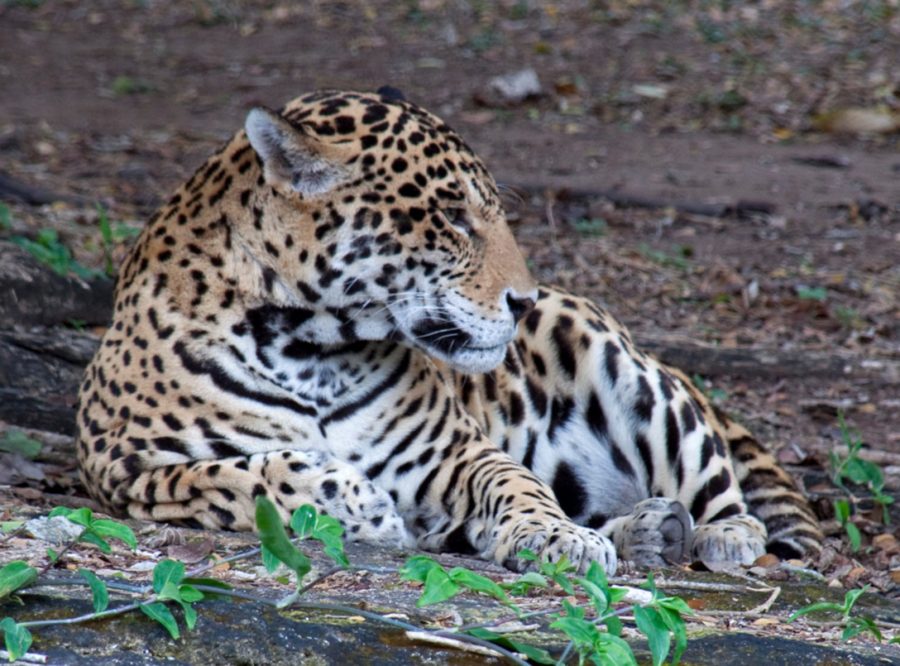 There are tools for human-jaguar coexistence.

When I work in the southwestern US jaguar arena, the species’s proven historic range, I sometimes wonder what all the “fuss” and even what the opposition to real recovery is about.

Coexistence is possible. I’ve lived it and seen it, and so have my colleagues.