How to Solve the Climate and Biodiversity Crises Together

This story by John C. Cannon originally appeared in Mongabay and is republished here as part of Covering Climate Now, a global journalism collaboration strengthening coverage of the climate story.

The push to halt climate change too often neglects the interconnected issue of biodiversity loss, according to a recent report from a panel of scientists with the United Nations.

“What we want to emphasize here is how relevant biodiversity conservation is for climate change mitigation,” said Anne Larigauderie, executive secretary of the Intergovernmental Science-Policy Platform on Biodiversity and Ecosystem Services (IPBES), in a press conference launching the June 10 report.

In a first-ever collaboration, scientists from the United Nations’ Intergovernmental Panel on Climate Change (IPCC) and IPBES teamed up to draw on research looking at the convergence of the biodiversity and climate crises, how they’re affecting all life, including humans, on Earth, and what’s being done about them. 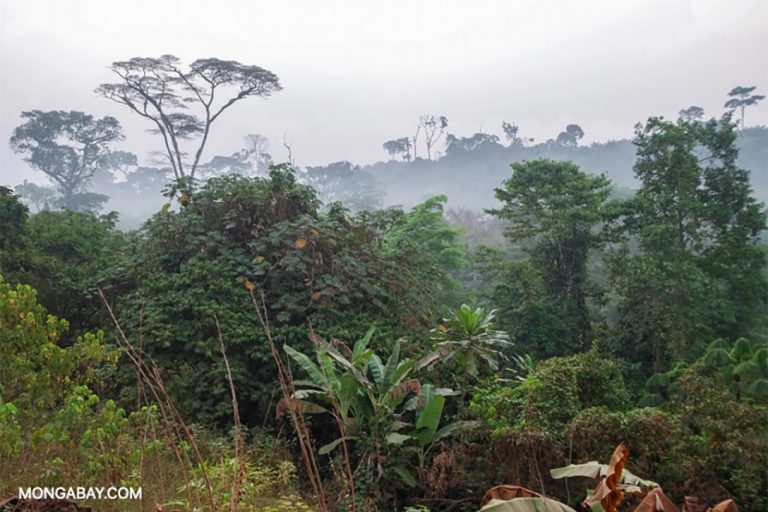 The rainforest at the edge of a village in Western Cameroon. Photo credit: John C. Cannon / Mongabay

“We are seeing multiple impacts of climate change on all continents and in all ocean regions,” Hans-Otto Pörtner, co-chair of IPCC Working Group II, said at a press conference. “These increasingly add to the enormous human pressure on biodiversity, which is causing its progressive loss.

The release came amid the summit for the world’s major industrial nations, known as the G-7. Leaders from the G-7 countries acknowledged that solutions aimed at solving these problems have typically been confronted independently, and that needs to change, they said in a statement.

Broad-reaching international agreements exist, such as the 2015 Paris Agreement, to hold global temperatures below a 2 degrees Celsius (3.6 degrees Fahrenheit) rise above pre-industrial levels, or the 2010 Aichi targets meant to safeguard the world’s threatened plant and animal species. But carbon emissions continue today at alarming rates, and the loss of biodiversity has reached an unfortunate zenith (at least since humans have been around), with 1 million species moving closer to extinction, according to a 2019 IPBES report. 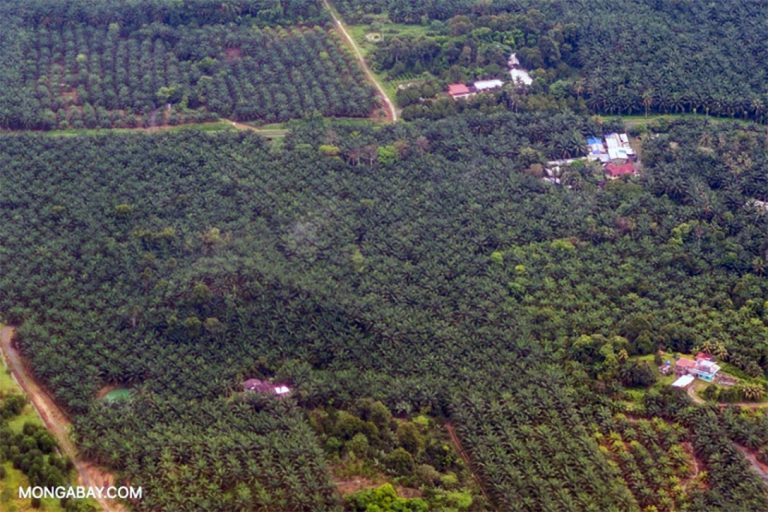 “The Aichi targets are probably held back because … the world looked at biodiversity and climate as different issues,” David Obura, founding director of the research nonprofit CORDIO East Africa, said at the press conference.

The report highlights promising efforts and pitfalls, arguing for a concerted approach that takes into account climate change and the unprecedented loss of biodiversity across the globe.

Nature-based solutions are seen as an important avenue to sponge carbon from the atmosphere while also providing critical habitat for threatened species. Paul Leadley, a professor of ecology at University Paris-Saclay, said the agreed-upon definition of nature-based solutions means “they’re good for nature, they help solve the climate crisis, and they’re also good for people.”

But “some of the things that are being sold as nature-based solutions” don’t meet that standard, Leadley said. 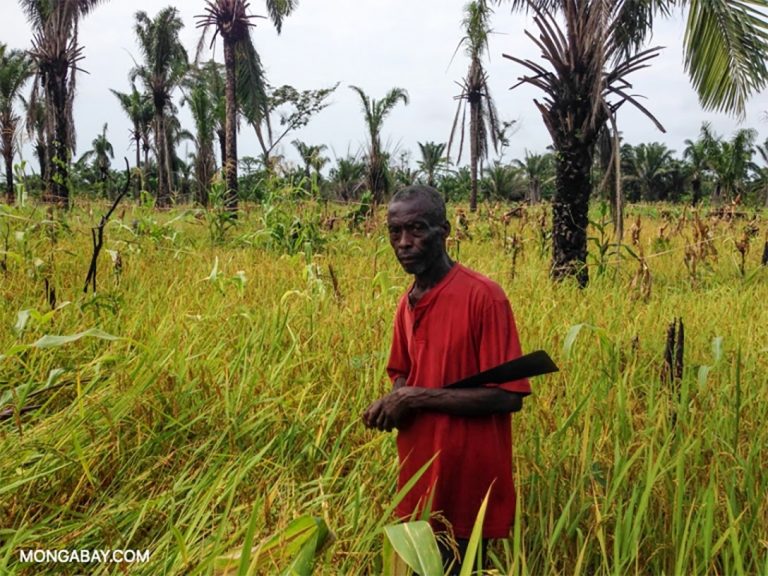 A farmer in his rice field in the Democratic Republic of Congo. Photo credit:John C. Cannon / Mongabay

For example, restoration efforts that involve planting a single species of a tree that’s not native to a given area may (or may not) increase the sequestration of carbon from the atmosphere. But such efforts are likely to do little to help at-risk species, and may even be a hindrance to their recovery.

“Any policy intervention to try to solve the crisis, this coupled environmental crisis, will have winners and losers,” said Unai Pascual, a research professor with the Basque Centre for Climate Change. The report calls for the equitable and just implementation of mitigation measures.

An outsized piece of the puzzle will be rethinking how we as a society produce food for a population of 7.67 billion people and counting, the authors said. Right now, around a third of land nurtures crops for food. That puts a huge strain on increasingly scant habitat for biodiversity, requires a majority of available fresh water, and accounts for 30 percent of climate-warming greenhouse gas emissions. As things stand now, those burdens will only increase along with the human population.

When the further pressure required to farm bioenergy crops is factored in — which could take up “millions of hectares” under certain scenarios — the results could be “catastrophic for biodiversity,” said Almut Arneth, a professor at the Karlsruhe Institute of Technology in Germany.

“That is sort of one example that really demonstrates that we really should better decarbonize societies and reduce emissions,” Arneth said. 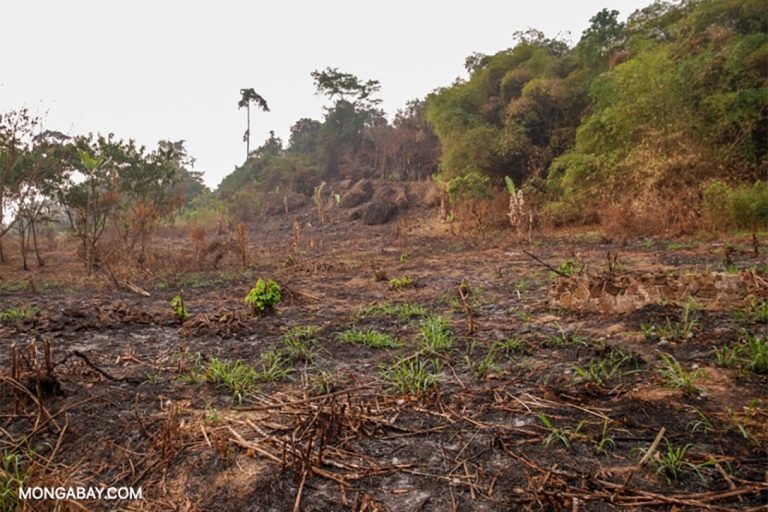 Shedding carbon emissions and getting away from consistent contributors to carbon in the atmosphere, such as an energy system that still relies largely on fossil fuels, will require widespread changes in how society operates. What’s needed is to reduce all sources of greenhouse gases.

“There’s a huge opportunity here,” said Yunne-Jai Shin, senior director of research at France’s National Research Institute (IRD) in Montpellier. “By mobilizing our energy and finances, our individual choices, by transforming our systems, we can kill two birds with one stone.”

To many of the authors, as well as scientists and conservationists at large, one aspect of that needed shift is setting aside 30 percent to 50 percent of the world’s landmass for conservation. A recent UN assessment found that 17 percent of all land is protected, meeting part of Aichi Target 11. Now, the emphasis should be on increasing the quality and connectivity of those protected lands, along with increasing that percentage as a whole. Part of that will involve the increased recognition of community- and Indigenous-managed areas. In many cases, this management, by people living on the front lines of the impacts of climate change and biodiversity loss, wards off ecosystem degradation as well or better than conventional conservation measures such as parks and preserves.

“The cause of our global crisis is our abuse of our life support system, our increasing destruction and pollution of the natural world for the sake of unfettered economic growth,” Enric Sala, an ecologist and National Geographic explorer-in-residence, said in a statement from the Campaign for Nature. “We cannot think of global warming and the loss of nature as different crises. They are one and the same.”