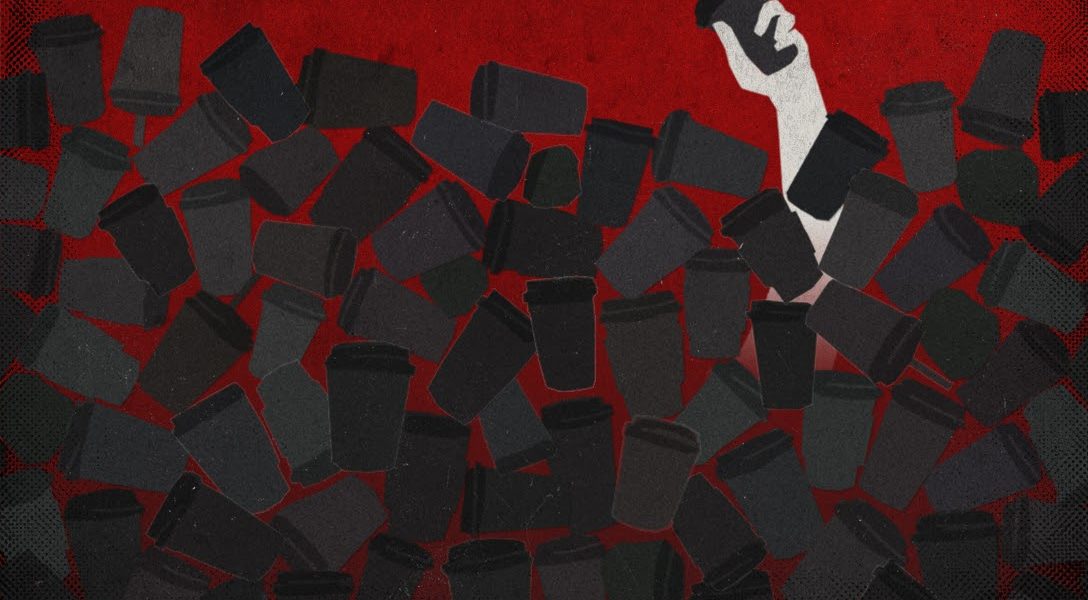 As a longtime proponent of recycling and waste reduction, Brion Hurley has spent the past five years encouraging cafes in Portland, OR, to reduce their trash.

The elimination of single-use coffee cups was the major change advocated by Hurley’s nonprofit organization, Recycling Advocates, and it was really making its mark. Before the pandemic, 28 coffee shops in the greater Portland area had become partners in the group’s Bring Your Own Cup (BYOC) campaign.

But the pandemic and the subsequent need for avoiding contact brought the campaign to a halt.

Pre-pandemic, even Starbucks offered a 10-cent discount for customers who brought reusable cups. But when Starbucks halted its program in May 2020 in stores worldwide, it seemed the rest of the world followed suit. Almost all of the BYOC partners halted their reusable cup programs, and most have not restarted them.

“The initial reaction was everybody stopping their programs,” Hurley said. “Then there was more research done, scientific studies published, showing reusables aren’t likely to be transmitters.”

The science backs him up. On June 22, 2020, an international coalition of public health experts published “Health Expert Statement Addressing Safety of Reusables and COVID-19.” The statement, whose signers included virologists, epidemiologists, and food safety specialists, concluded that “it is clear that reusable systems can be used safely by employing basic hygiene.” Similarly, guidelines from the Centers for Disease Control and Prevention and the Food and Drug Administration focus on disinfection and social distancing rather than cautioning against single-use containers.

However, because the conversion to reusables had just started when the pandemic struck, Hurley said, “Coffee shops will be slow to pick their programs back up.” Another stumbling block may be a lack of public support. “Knowing the science is one thing,” Hurley said, “but changing public perception is another.”

According to Hurley, the actions of large corporations are an important driver of public perception. In October 2020, Starbucks implemented a no-contact reusable cup policy in which the barista pours the drink into the customer’s reusable cup without contact. The policy is in effect in the company’s European, Middle Eastern, and African cafes, but Starbucks hasn’t indicated whether it will be rolled out in North America.

“The big players change perception, and that trickles down to smaller companies,” Hurley said. He’s hopeful that this move by Starbucks will encourage local cafes to implement similar policies.

One Oregon company that obliged is Nossa Familia Coffee. Since its fourth cafe opened in 2017, the company has been moving toward zero-waste operations. Nossa Familia implemented an extra charge for single-use cups, partnered with vendors and suppliers using low-waste packaging and production, and removed the single-use sugar packets and straws from its condiment bars.

Karen Lickteig, who was the marketing and sustainability director in Nossa Familia’s Portland headquarters from 2015 to 2020, explained its approach to waste management as “behavioral economics.”

According to a study conducted by Recycling Advocates, if a pyramid were built from stacking one year’s worth of discarded cups, its peak would reach 2,300 feet, the height of more than 90 Statues of Liberty.

“Customers are influenced by how choices are framed,” Lickteig said, “so our approach was to reframe the choices we give them.”

The common cafe practice is to give customers a free to-go cup with their order, she explained, so to-go orders are the same price as for-here orders, which in Nossa Familia’s cafes come in ceramic mugs. But, she added, to-go cups are an extra cost to the company — and an extra cost to the environment.

“So we reframed that price,” Lickteig said. “When you get a to-go drink, you are charged 25 cents extra. When you bring in a reusable mug, you get a 25-cent discount.”

That seemingly small charge brought results, with a rise in the number of customers arriving with reusable mugs.

“We definitely saw a behavioral change,” Lickteig said. “People being intentional about bringing in reusable mugs, thinking about the impact of the to-go cups.”

But even this highly committed company has modified its efforts in the wake of COVID-19. During the early months of the pandemic, Nossa Familia’s cafes halted their reusable-cup program and their 25-cent surcharge for to-go cups. They’re now offering baristas and customers the chance to use a no-contact system like Starbucks’s, though there is still no extra charge to the customer for opting for a to-go cup.

“Each barista is given the choice to accept a reusable mug or not,” Lickteig said. “Their health and comfort, and the customer’s, is the top priority. Personal mugs are a low risk, but behind every risk, there’s a human being.”

Starting today, Earth Day: to-go cups at all of our Portland shops will cost 25 cents, our move to be better for the planet & reduce waste. https://t.co/75VkGR0YOL

Despite the sluggish movement toward reusable cups, Lickteig sees the pandemic as an opportunity to shine a light on the waste caused by single-use items. “There is a heightened consciousness about waste,” she said. “People are frustrated and upset.”

Part of that frustration comes from the fact that there aren’t great alternatives, Lickteig said. Conventional paper cups for hot beverages are lined with a thin film of non-recyclable plastic, and plastic cups for iced beverages are usually made of polypropylene (#5 plastic), which isn’t accepted in many curbside recycling programs.

This means that more than 400 million cups of coffee are consumed in the United States every day. According to a study conducted by Recycling Advocates, if a pyramid were built from one year’s worth of discarded cups, its peak would reach 2,300 feet, the height of more than 90 Statues of Liberty.

The single-use cup isn’t the only problematic item that concerns leaders worldwide. In England, plastic straws and bags were banned in all retail stores as of October 1, 2020. The ban was originally scheduled to begin in April but was delayed six months due to the pandemic.

In the United States, plastic straws have been banned in cities in five states, and eight states have also banned single-use plastic bags due to a growing outcry from consumers and environmentalists alike (though the implementation of these bans has also been delayed by the pandemic). The National Park Service’s “Be Straw Free” campaign estimates that 500 million straws are used in the United States per day for beverages that are largely drinkable without one.

Although there are no current bans on single-use paper cups, plans are afoot to address the issue.

The NextGen Consortium, a partnership of food industry giants including McDonald’s and Starbucks, conducted a 2018 global challenge to lessen the waste caused by single-use paper cups. Winning suggestions, out of nearly 500 submissions from 50 countries, included using new types of material such as biopolymers made of recyclables, switching to biodegradable, plant-based liners, and creating a system of reusable cups embedded with QR codes that can be returned to partner cafes.

“Once it’s safe,” Lickteig predicted, “reusables and low-waste lifestyles will come back, hopefully with a vengeance.”