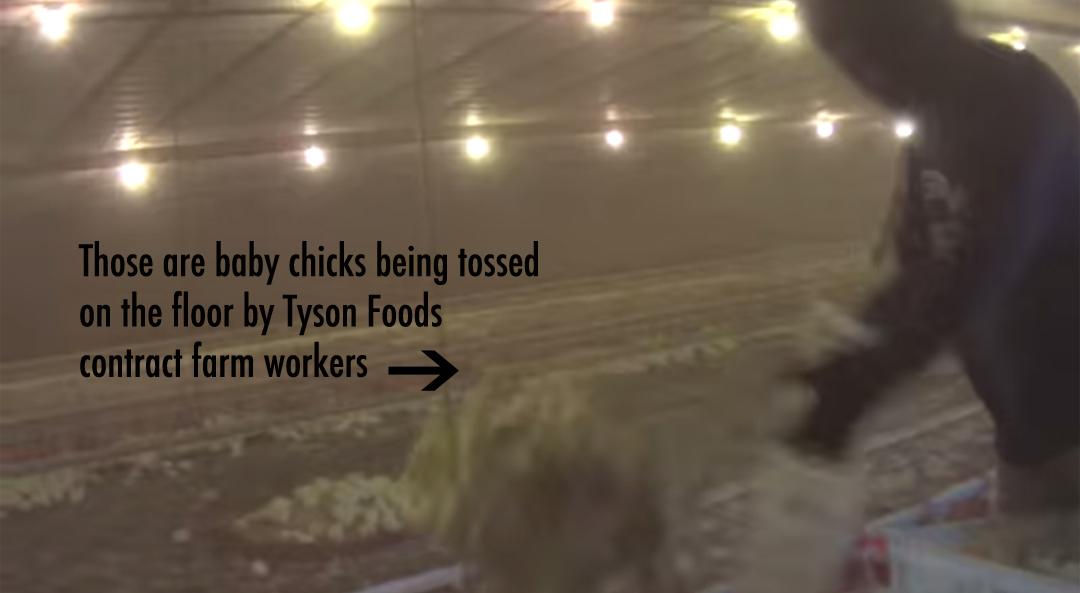 Fried. Sauteed. Baked. These are the words typically used to describe chickens raised for mass consumption—not Clubbed, Kicked, and Thrown. But a recent video released by the animal advocacy nonprofit Mercy for Animals shows workers at a Tyson Foods contract farm subjecting the chickens they’re raising to horrific conditions that would make even a Guantanamo guard blanch.

Some birds were left to die without food or water; others suffered debilitating injuries while in transit. Still others were genetically engineered to grow in ways that their bodies couldn’t sustain—sometimes with breasts up to eight times the normal weight, causing heart attacks and lung failure. The fact that hundreds of thousands were crammed into dark, dirty cages choking on ammonia fumes seems almost benign when compared with the rest of the treatment.

Does Tyson Foods have a responsibility to ensure that its chickens are raised under humane conditions? And should contract farms meet certain standards before major food corporations cut deals with them?

(For more on problems with the chicken supply, be sure to see this WhoWhatWhy article on abhorrent practices designed to breed chickens lightning quick.)

WARNING: THE FOLLOWING VIDEO IS GRAPHIC AND MAY BE DISTURBING TO SOME VIEWERS.