In the Netherlands, activists won a landmark case against Royal Dutch Shell when a district court in The Hague ruled that the oil giant must reduce its carbon dioxide emissions much more quickly than planned.

The court ruled that the company must cut emissions by 45 percent of its 2019 levels by 2030 to come into line with the 2015 Paris Climate Agreement.

“[This ruling] is a giant leap forward for a safe and healthy earth, for my three children and all the children of the world,” said Donald Pols, director of Friends of the Earth Netherlands, known as Milieudefensie, which brought the case along with six other environmental organizations and more than 17,000 Dutch citizens. “The impact of this policy does not stop in the boardroom at Shell. The green wave that started today in The Hague will pass through all boardrooms in the world.”

Not long after Pols spoke, change was already coming to the boardroom of another energy giant. In New York, an activist investor group won at least two seats on the board of Exxon Mobil, a shift that will likely force the company to change its strategy in the face of growing shareholder concerns about climate change. The group, Engine No. 1, won with the backing of large pension funds from California and New York.

Meanwhile, over at Chevron, shareholders defied its board and voted in support of a resolution introduced by a Dutch activist group, Follow This, that called for Chevron to greatly reduce emissions by its customers.

In the Shell case, Milieudefensie had argued that the company’s goals of a 20 percent reduction by 2035 and 50 percent by 2050 were inadequate to avoid a 2-degree Celsius increase in global temperature. 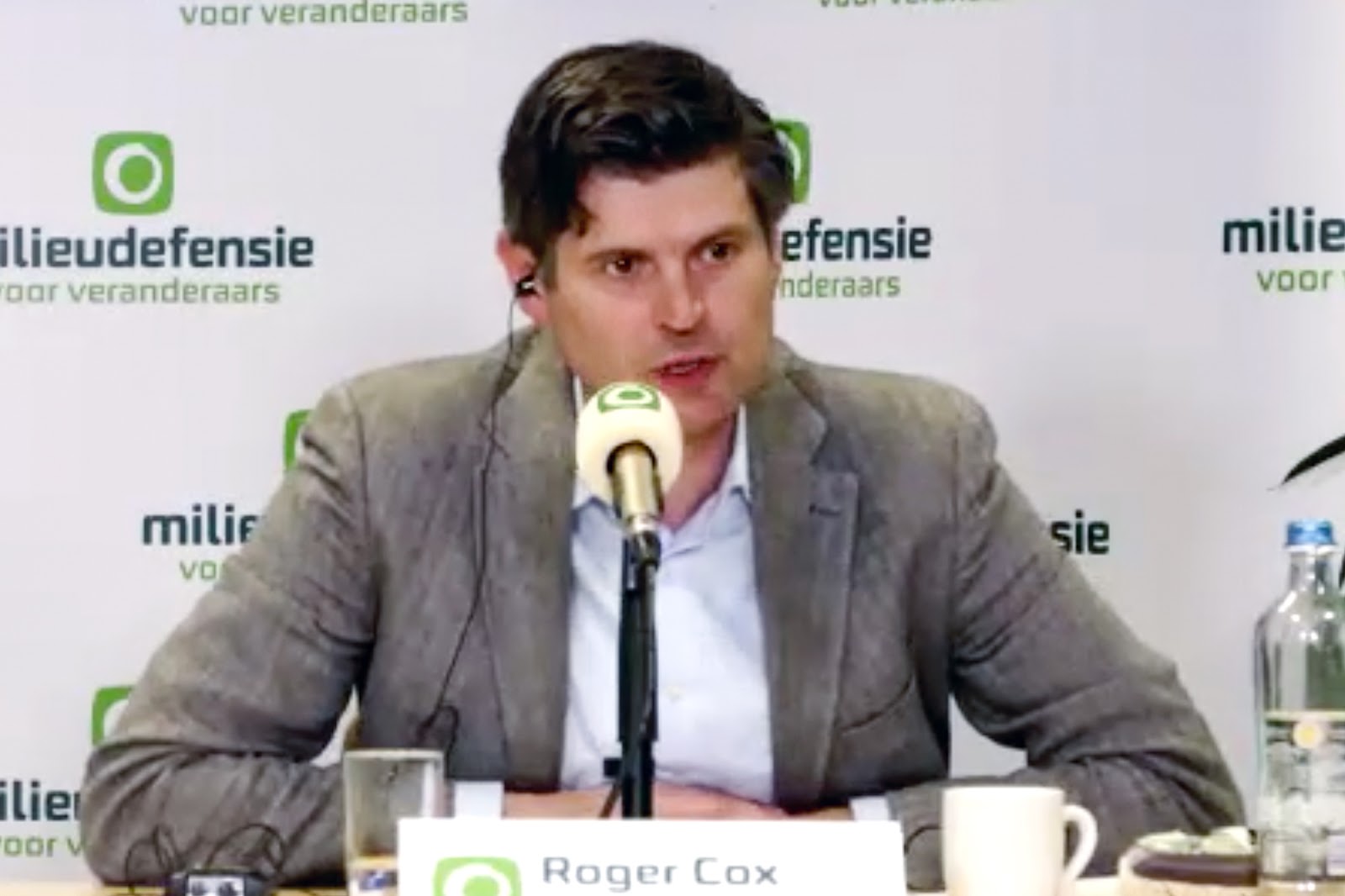 “Being powerful and influential no longer only brings advantages,” said Roger Cox, who argued the case for Milieudefensie before a panel of judges. “Also obligations, and that’s how it should be.”

Shell, which is appealing the ruling, is obliged by the court to carry out the verdict, even as it tries to get it overturned. How it reduces its emissions is up to the company. The court ruled that Shell is responsible for reducing emissions released by its consumers in addition to those released by Shell’s own operations.

“We are investing billions of dollars in low-carbon energy, including electric vehicle charging, hydrogen, renewables, and biofuels,” said Harry Brekelmans, projects and technology director at Shell, in a statement following the verdict. “We want to grow demand for these products and scale up our new energy businesses even more quickly. We will continue to focus on these efforts.”

Pols laid the foundation for the case in April 2018, when he sent a letter to Shell CEO Ben van Beurden outlining the reasons Shell was liable for harmful carbon emissions under Dutch law.

He argued that Shell violated human rights by skirting a legal responsibility not to engage in action dangerous to others.

“In the interest of humankind, the environment and future generations, Shell will have to fully meet its social responsibility and duty of care,” Pols wrote. 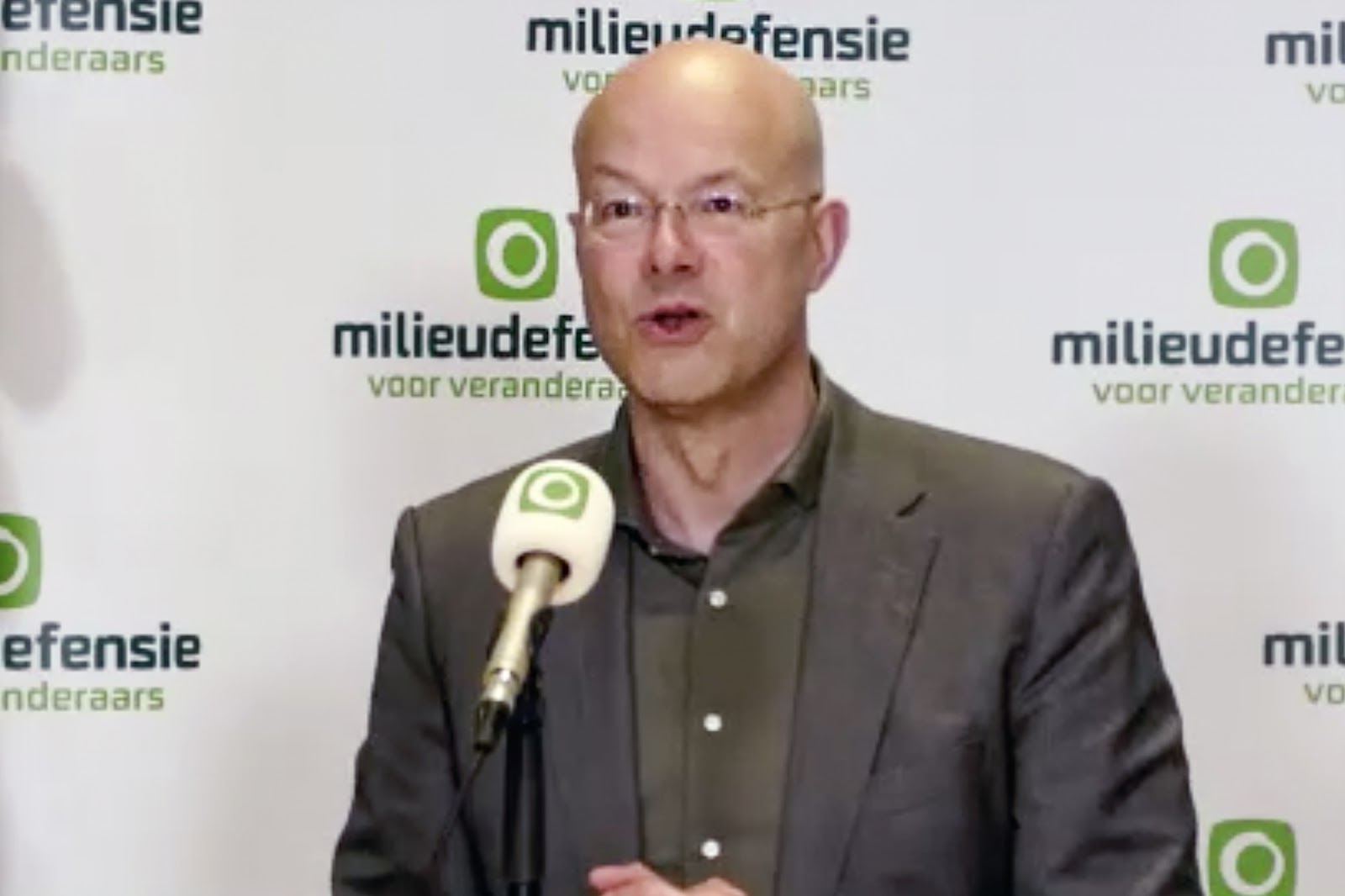 Linda Szymanski, company secretary for Royal Dutch Shell, responded to Pols’s letter in May 2018, emphasizing the climate-friendly steps the company had taken. “We do not believe that these claims have merit; nor do we consider that the courts provide the right forum to advance the global energy transition,” Szymanski wrote.

A year later, in a historic ruling, the Dutch Supreme Court established precedent for the case and the legal standards for “unlawful endangerment,” upholding lower court findings that the Dutch government had a legal duty to prevent climate change by drastically reducing carbon emissions. The case is known as the Urgenda Climate Case.

Sara Shaw, an international program coordinator at Friends of Earth International, said she is confident the court’s verdict will “open the floodgates” of climate litigation. Milieudefensie has worked to translate the legal documents from the case into English so lawyers in other countries can study them and apply similar arguments.

The 2nd US Circuit Court of Appeals threw out New York City’s case last month, arguing that climate change was not an issue suited to litigation under state laws.

Milieudefensie also went after Shell in 2008 over oil spills in Nigeria. In a case that lasted almost 13 years, the Court of Appeals in The Hague ruled with Milieudefensie and four Nigerian co-plaintiffs in January, ordering Shell’s Nigerian subsidiary to pay damages to Nigerian farmers. That case was the first time the court held a Dutch company accountable for its actions beyond the Netherlands borders.