This month, regulators greenlighted a transmission line that would bring power generated from Canadian hydroelectric dams to New York City. New York’s plan to achieve a zero-emissions grid by 2040 depends on hydropower, and it’s not alone.

As US states and countries across the world work to reduce fossil fuels and boost renewables, hydropower is poised to play an even bigger role.

There’s just one problem: A growing body of research published over the past two decades has found that most reservoirs, including those used for hydropower, aren’t emissions-free.

“Hydroelectric reservoirs are a source of biogenic greenhouse gasses and, in individual cases, can reach the same emission rates as thermal power plants,” Swiss researchers found in a 2016 study published in the journal PLOS One.

Despite the green reputation of hydropower among policymakers, some reservoirs emit significant amounts of methane, along with much smaller amounts of nitrous oxide and carbon dioxide.

That’s bad news because we already have a methane problem. This short-lived but potent gas packs 85 times the global warming punch of carbon dioxide over 20 years. If we hope to stave off catastrophic warming, scientists say we need to quickly cut methane. But new data show that, despite this warning, it’s still increasing at record levels — even with a global pledge signed by 100 countries to slash methane emissions 30 percent by 2030.

Methane can rise from wetlands and other natural sources, but most emissions come from human-caused sources like oil and gas, landfills, and livestock. We’ve known about the threat from those sources for years, but emissions from reservoirs have largely been either uncounted or undercounted.

In part, that’s because tracking emissions from reservoirs is complicated and highly variable. Emissions can change at different times of the year or even day. They’re influenced by how the dam is managed, including fluctuations in the water level, as well as a host of environmental factors like water quality, depth, sediment, surface wind speed, and temperature.

But recent scientific research provides a better framework to undertake this critical accounting. And environmental groups say it’s time for regulators to get busy putting it to work.

In the United States, “there are no policy requirements and no regulatory requirements that reservoir emissions be assessed and reported,” says Kelly Catlett, director of hydropower reform at American Rivers.

And that’s concerning, says Daniel Estrin, general counsel and advocacy director at Waterkeeper Alliance. “We think hydropower is a totally false solution to the climate problem and would really dramatically exacerbate problems for our rivers’ biodiversity.”

Dams disrupt free-flowing rivers and cause a well-documented list of harms to fish, freshwater mussels, and other animals. 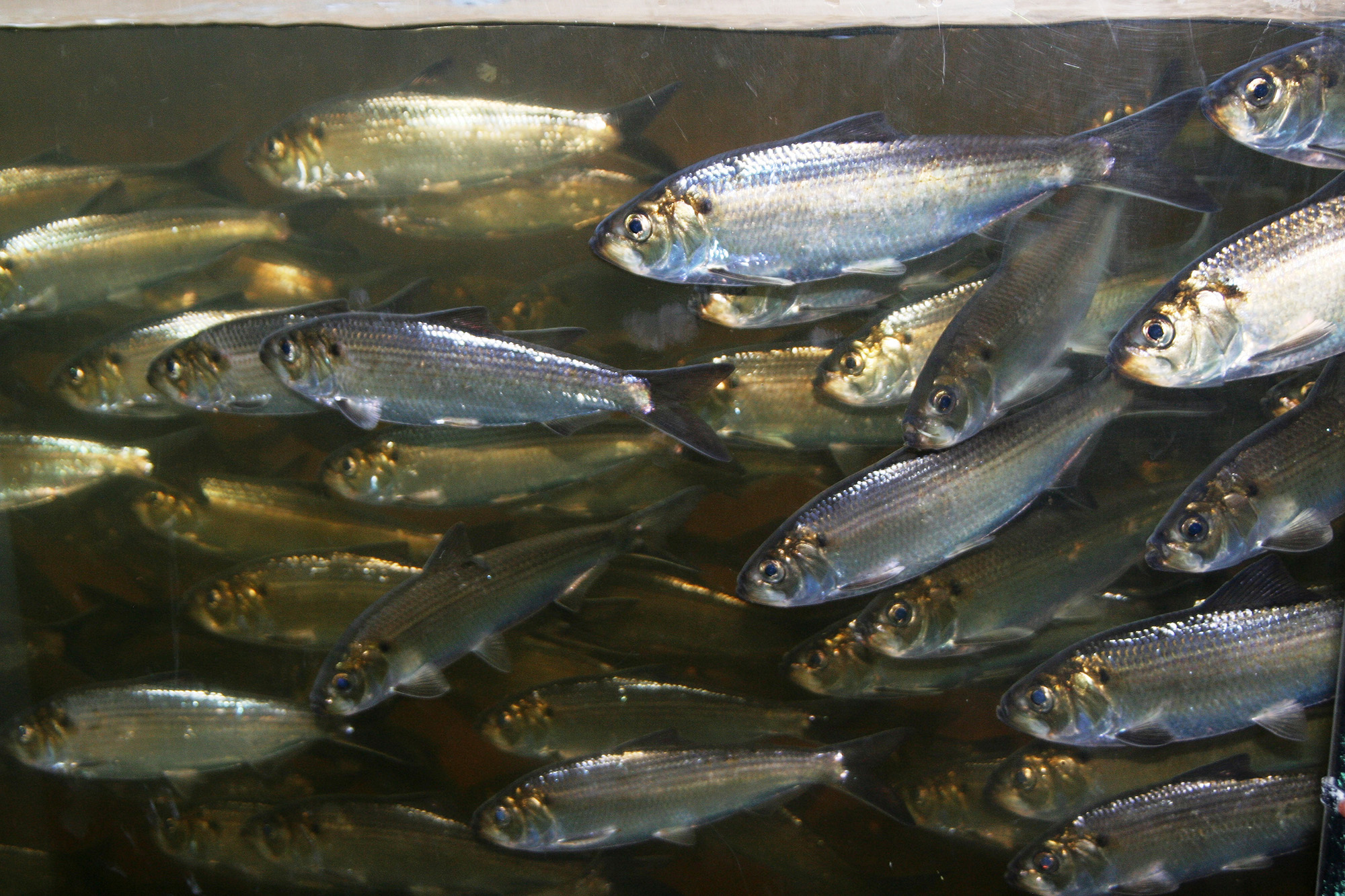 Alewives returned by the millions after the Edwards and Ft. Halifax dams in Maine were removed. Photo credit: John Burrows / ASF

Gary Wockner, executive director of the river advocacy group Save the Colorado, likens the current push for more hydropower to fracking, which was once thought of as a low-emissions “bridge fuel” to ease transition between fossil fuels and renewables.

“But as the science evolved, we now know that’s not true,” he says. “In some cases, with all the leaks of methane, fracking can be worse than coal. And so here we are again in essentially a similar situation with hydropower as the science continues to evolve.”

That’s why this March, his organization — along with outdoor retailer Patagonia and the nonprofit Earthjustice — started pushing regulators for more accountability. The groups, along with more than 100 other signers (including The Revelator’s parent organization, the Center for Biological Diversity), have petitioned the Environmental Protection Agency (EPA) to begin a rulemaking that would add dams and reservoirs under the Greenhouse Gas Reporting Program.

The program currently requires 8,000 facilities to report their greenhouse gas emissions — but none are hydropower plants or other reservoirs. The United States currently has 90,000 dams, 2,500 of which provide hydropower.

The first studies digging into the topic took place in Canada and Brazil in the 1990s. Research continued in the years following, with a 2000 study being the first to take a more global look at the issue. In 2013, another study found that 10 percent of reservoirs have emissions factors larger than equivalent carbon dioxide emissions from gas-powered plants.

The issue got a big bump in the public’s consciousness in 2016, when major media outlets picked up a study of global reservoir emissions published in Bioscience that found that previous research had underestimated methane emissions, which we now know to be the second biggest contributor to climate change.

The researchers urged policymakers across the world to take note, and concluded that global reservoirs account for just under a gigaton of annual carbon dioxide equivalents — about 1.3 percent of all global emissions.

They also cautioned that their numbers still likely underestimate reservoir emissions. Most studies analyze emissions over a 100-year time frame, but methane has a much larger impact in the short term. There are also multiple pathways for methane to reach the atmosphere from reservoirs, some of which weren’t captured in their research but could be major contributors in certain places.

When areas are flooded to create a reservoir, microbes decompose the submerged organic material — a process that can lead to methane, carbon dioxide, and nitrous oxide emissions depending on the water chemistry and other factors. A lack of oxygen triggers methane production.

Early studies tracked the release of methane as it diffused from the surface of reservoirs. But recent research has found that it can also bubble to the surface sporadically — a process that’s enhanced when reservoir levels are lowered. New acoustic tools have made it easier to capture these variable fluxes. Additional emissions can occur downstream after water passes through dam turbines, which usually draw water from the deepest, most methane-rich parts of a reservoir.

“Much more methane either bubbles out of reservoirs or is emitted just downstream from reservoirs than was previously known,” found the researchers of a 2021 study that focused on developing a new framework for calculating reservoir emissions called the G-res Tool.

When taking these factors into consideration, they found that global reservoirs emit around 29 percent more greenhouse gas emissions per area than previously calculated.

Methane emissions are a bigger concern in tropical climates where there’s more biomass and warmer temperatures, the study found. But additional research has revealed that more temperate climates, like the United States, aren’t immune from the problem either.

A 2014 study of an Ohio reservoir led by EPA scientist Jake J. Beaulieu found that mid-latitude reservoirs can have comparable methane emissions to those in the tropics. “We estimate that CH4 [methane] emissions from agricultural reservoirs could be a significant component of anthropogenic CH4 emissions in the US,” the researchers wrote. 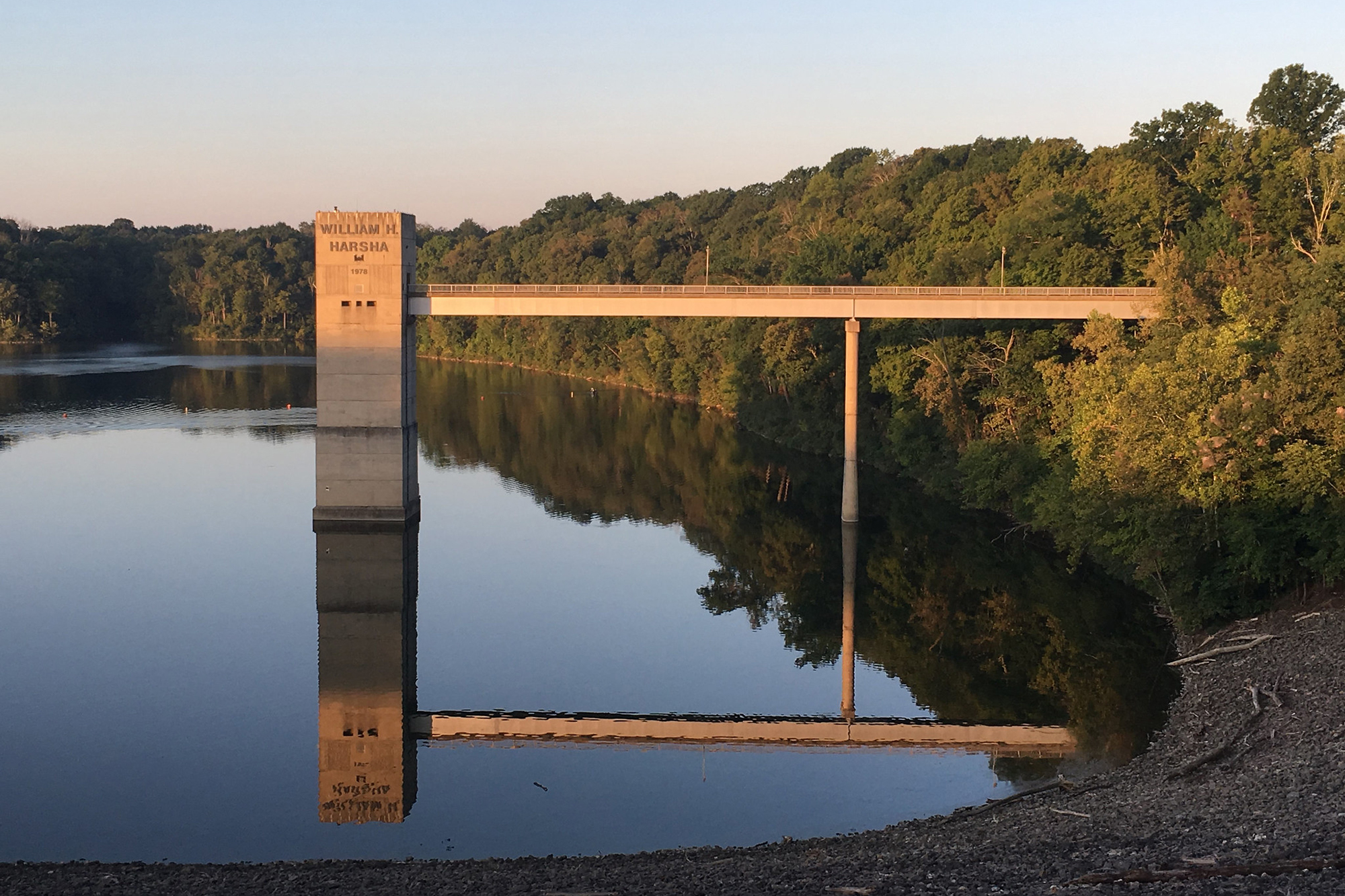 Six years later, Beaulieu and other researchers found that methane emissions from reservoirs in Ohio were the state’s fourth largest source of human-caused methane. That’s because nutrients continually wash into reservoirs from the upstream watershed. For reservoirs near developments and agriculture, the nutrient runoff can cause algae blooms that lead to more methane production.

“Reservoirs draining watersheds that are subject to high levels of nutrient loading, such as fertilizer application to croplands, tend to have higher methane emission rates than reservoirs draining undeveloped watersheds,” Beaulieu explained in an email to The Revelator.

That finding also means we can expect methane emissions from reservoirs to increase with climate change. Warmer waters produce more algae, and increased storms and runoff will send more nutrients into rivers and the impoundments created by dams. That creates a vicious cycle: more algae, more methane emissions, and more warming.

The work scientists have done to advance the methods used to calculate these greenhouse gas emissions from reservoirs is helping to push real-world action. And it’s coming at a critical time.

Governments and utilities have planned thousands of new dams throughout the world. And many of these would be built in tropical and subtropical areas likely to have the largest emissions.

“What you could be worried about is the fact that there are hydropower building booms going on in South America, Southeast Asia, Eastern Europe, and Africa,” says Tonya DelSontro, an assistant professor at the University of Waterloo and a co-author of the 2016 Bioscience study. “If you build these large water surfaces for reservoirs, then we’d be increasing emissions.”

One thing that could help is action from the Intergovernmental Panel on Climate Change (IPCC). A 2006 report from the IPCC on climate change included an appendix “that gave some crude method to estimate greenhouse gasses from reservoirs,” says Yves Prairie, an aquatic ecologist and the UN Educational, Scientific and Cultural Organization (UNESCO) chair in global environmental change at the University of Quebec, Montreal. “But because it was in an appendix, it was never formally adopted as a method, and countries didn’t have to report their greenhouse gas emissions from reservoirs.”

However, the large body of scientific research done since then — including the G-res Tool developed by Prairie and colleagues — led the IPCC to adopt a new methodology in 2019 that draws on these advances. It’s expected that countries will soon be required to report their reservoir emissions in their annual greenhouse gas inventories, he says. 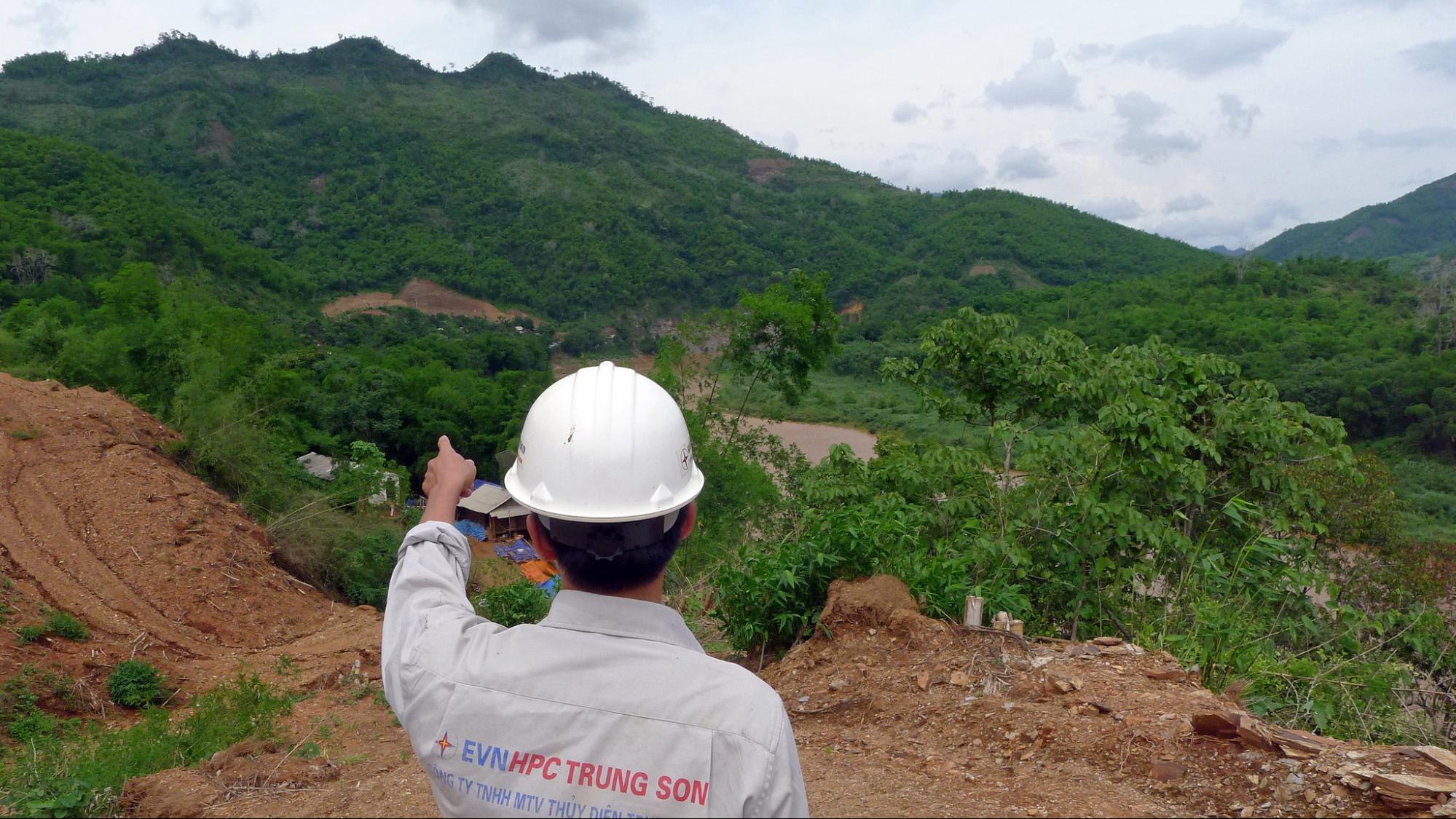 Wockner, who started the EPA petition, hopes to see counting and reporting of emissions begin soon in the United States, too.

“Then you can start talking about what to do about it,” he says. “How do you regulate emissions or how do you stop them?”

It may be months before the EPA responds to their petition, and even then, it could decide not to take action. Although Beaulieu reports the agency is already at work on the issue from other angles, including conducting a nationwide survey of greenhouse gas emissions from US reservoirs.

The four-year project, scheduled to be completed next year, “will improve our understanding of how reservoir greenhouse emission rates vary,” he says.

And the EPA has also included reservoirs in its national greenhouse gas inventory for the first time in a newly-published report.

This is promising news. “Emissions must be fully accounted for in the US greenhouse gas inventory and evaluated in the context of regulatory compliance,” says Easter.

Having this information on emissions available to other agencies would help them to make decisions on whether to permit new dams, remove, or relicense existing ones, and contribute to a more complete understanding of the environmental impact of dams. It could also inform the action of states like New York that plan on boosting their clean energy portfolio with hydropower.

“Having a peer-reviewed scientific process for tracking emissions would help not just dam operators, but regulatory agencies and the public, too,” says Easter. “That way, they can understand where the issues are — and where they aren’t — to be able to make informed decisions about whether to maintain these systems or if alternatives need to be found.”