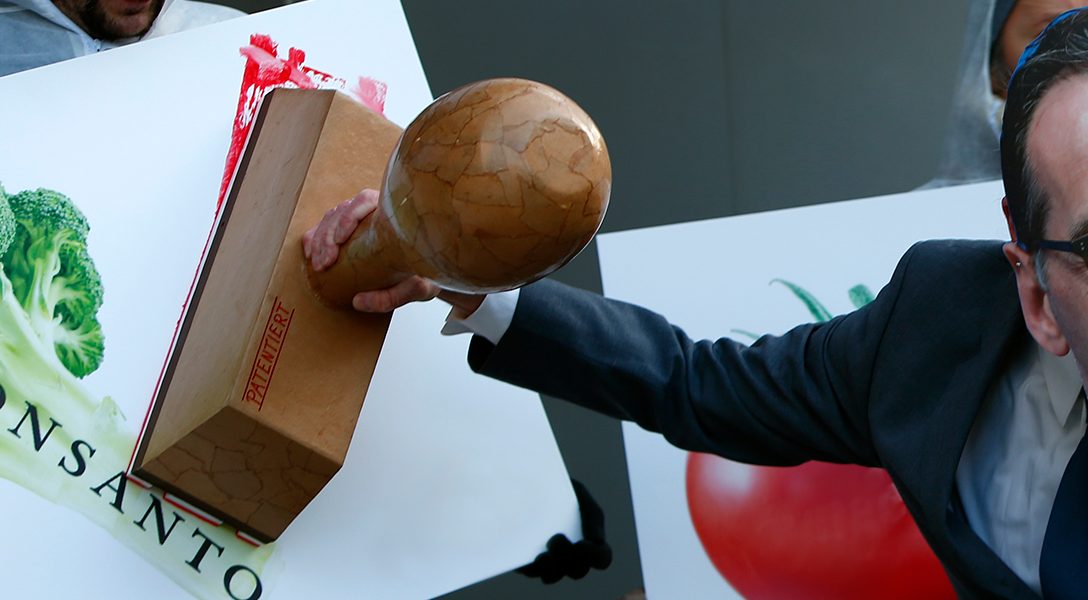 The former Deputy Director of the Environmental Protection Agency (EPA) who allegedly bragged that he deserved a medal for killing a study about the safety of Monsanto products is being taken to court over his refusal to answer “simple” questions about his current employment.

Jess Rowland left the EPA in May 2016 soon after the apparently inadvertent release of an internal memorandum. Rowland was the chair of the committee that concluded that glyphosate, the active ingredient of Monsanto’s flagship weed killer Roundup, was “not carcinogenic to humans.” The report was posted briefly online before being pulled. It was later cited in one of Monsanto’s court cases.

Monsanto is currently facing more than 50 lawsuits from farmers and clients diagnosed with non-Hodgkins lymphoma for allegedly causing the cancer through exposure to the company’s  flagship weed killer, Roundup, and for covering up the risks.

The EPA is also being sued for delaying the release of the agency’s Cancer Assessment Review Committee (CARC ) report and all documents relating to glyphosate. This follows a report from the World Health Organization labelling the active ingredient glyphosate as a probable carcinogen in 2015.

In the process, San Francisco federal district court Judge Vince Chhabria ordered the communications between the EPA and Monsanto to be unsealed.

“Monsanto’s production of documents suggests that Mr. Rowland went out of his way to benefit Monsanto’s business,” states the current brief against Rowland, which was filed on Friday.

“In the absence of scientific evidence to support its claim that Roundup does not cause non-Hodgkin lymphoma, Monsanto has relied overwhelmingly on the conclusions of the EPA, specifically a report engineered and authored by [Jess] Rowland … [who] is not a medical doctor, has no PhD., was not trained in nor worked in the fields of epidemiology or toxicology, and did not include any medical doctors in his review process and report on Glyphosate.”

Last week, during a deposition with Jess Rowland over a possible cover up between the EPA and Monsanto, Rowland “refused to answer the simple question of whom he has been working for post-EPA departure” in May 2016, the brief states. “Mr. Rowland’s counsel corresponded with plaintiffs multiple times prior to deposition stating that he is not consulting for Monsanto since his retirement, and that he needn’t be questioned on his consulting work any further,” stated a letter request from the plaintiffs to Judge Chhabria.

Claiming that the information was irrelevant to the case, Rowland refused to answer “simple, relevant, [and] unprivileged questions,” according to the letter. Subsequently, the Miller Firm, one of the representing law firms handling the litigation, requested a telephone hearing on April 24th.

Under the judge’s order ruled on the same day, Rowland then “almost immediately” revealed three companies for whom he has been consulting since leaving the EPA. Despite his counsel having previously stated that his recent work has been unrelated to the chemical industry, Rowland admitted that his consulting work concerned chemicals.

In light of this misrepresentation of facts, the lawyers for the class action suit asked the court to compel Rowland to answer follow-up questions “which violate no privilege” that he refused to do last week under the orders of his lawyers.

“The remaining questions that the witness refused to answer are relevant to the reasons why EPA engaged in this relationship… Without that information, Plaintiffs will still be fighting Monsanto’s “EPA defense” with two hands tied behind their backs,” the lawyers’ request stated.