The interlacing pipelines of a massive new plastics facility gleam in the sunshine beside the rolling waters of the Ohio River. I’m sitting on a hilltop above it, among poplars and birdsongs in rural Beaver County, PA, 30 miles north of Pittsburgh. The area has experienced tremendous change over the past few years — with more soon to come.

The ethane “cracker plant” belongs to Royal Dutch Shell, and after 10 years and $6 billion it’s about to go online. Soon it will transform a steady flow of fracked Marcellus gas into billions of plastic pellets — a projected 1.6 million tons of them per year, each the size of a pea. From this northern Appalachia birthplace, they’ll travel the globe to make the plastic goods of modern life, from single-use bags to longer-lasting sports equipment.

The plant’s construction has lifted a hardscrabble local economy, but it also embodies an epic global struggle.

Earlier this year and half a world away, United Nations negotiators meeting in Kenya pledged to draft a legally binding international plastics treaty by 2024. Many hope it will cap global plastics production while also addressing plastic’s impacts on environments and people. When treaty talks begin later this year, they’ll have everything to do with plants like this one and hundreds like it popping up around the world.

But the plants, and their powerful backers in the plastics and fossil fuel industries, will also shape the talks.

“They will work very hard to make sure that the treaty is not effective,” says Judith Enck, former EPA regional administrator in the Northeast and president of Beyond Plastics, a nonprofit that seeks to stem plastics pollution.

Enck describes plastics as a “Plan B” for fossil fuels, at a time when renewables and efficiency erode industry profits. To Shell and its peers, plastics production can secure assets like Pennsylvania’s seemingly bottomless Marcellus gas field, which might otherwise go untapped as the world retreats from fossils in the face of climate change. 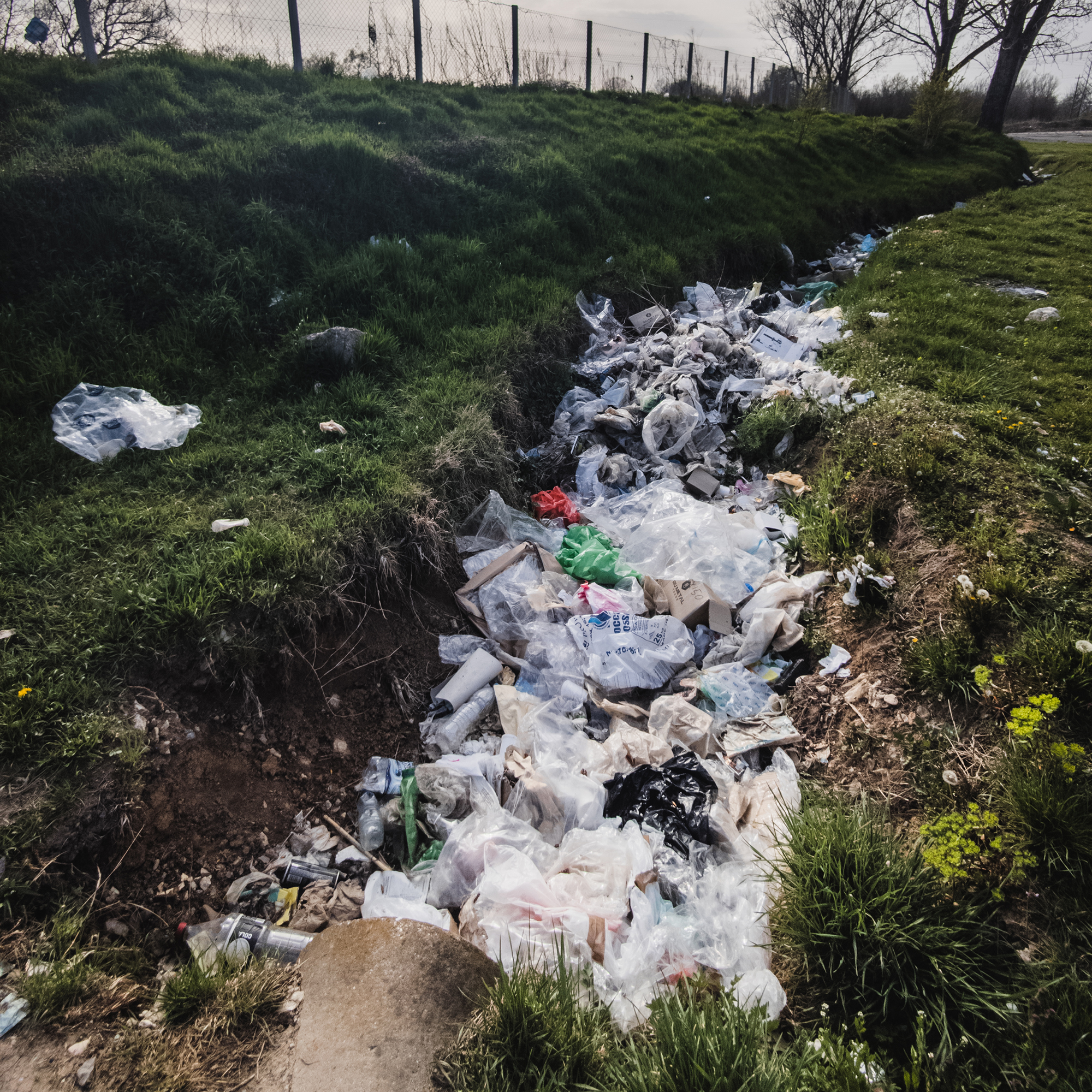 But Enck notes that plastics also drive climate change. A 2021 Beyond Plastics report estimated that US plastics production now puts out heat-trapping emissions equivalent to 116 coal-fired power plants. With more facilities like the one in Pennsylvania coming, the report says, US plastics could exceed the climate impact of domestic coal-fired energy by 2030.

The International Panel on Climate Change and others echo the concern, saying that global plastics production could reach 20 percent of oil consumption in the coming decades, surpassing concrete, food waste, and other heavy heaters. Today the United States, China, Saudi Arabia, and Japan lead the trend as the world’s top producers of plastic.

Waste is another concern. With little plastic ever recycled, it’s now found from the deepest oceans to the highest mountains. One estimate has its volume in marine waters surpassing that of fish by mid-century. And while images of plastics in the bellies of birds, fish, and whales have become old news, new research shows microplastics ingested by trees, deposited on Arctic sea ice, and entering the developing brains of human babies.

Plastic waste also emits greenhouse gasses as it breaks down or when it’s incinerated.

But Enck sees rising awareness, too.

“I have met climate change skeptics, but I have never met a plastic pollution skeptic,” she says. People see the problem firsthand and want governments to act.

To her, one solution to the crisis is a binding international treaty that addresses plastics production, use and disposal.

The Promise of Plastic

My hilltop perch sits near new townhomes, and residents of the community come and go. They include two older men who grew up nearby and have come to release happy birthday balloons, which they then watch fade into blue sky through binoculars.

Around the same time Jeff Coleman, candidate for lieutenant governor, arrives with local officials to film a campaign spot. They discuss “downstream” manufacturers that could spring up near the plant, which itself will soon employ 600 people.

Below us the plant dominates the landscape. Neatly squeezed onto 400 acres, it hosts its own gas power plant, a string of cylindrical polyethylene reactors, and miles of convoluted pipeline, along with warehouses, offices and room for more than 3,000 railcars to shuttle the tiny pellets away.

To build it, Shell remediated an old zinc smelter, redirected a local highway, built a railroad spur and laid the 97-mile Falcon Ethane Pipeline to access nearby Marcellus gas. During construction, more than 8,000 workers clocked in every day. 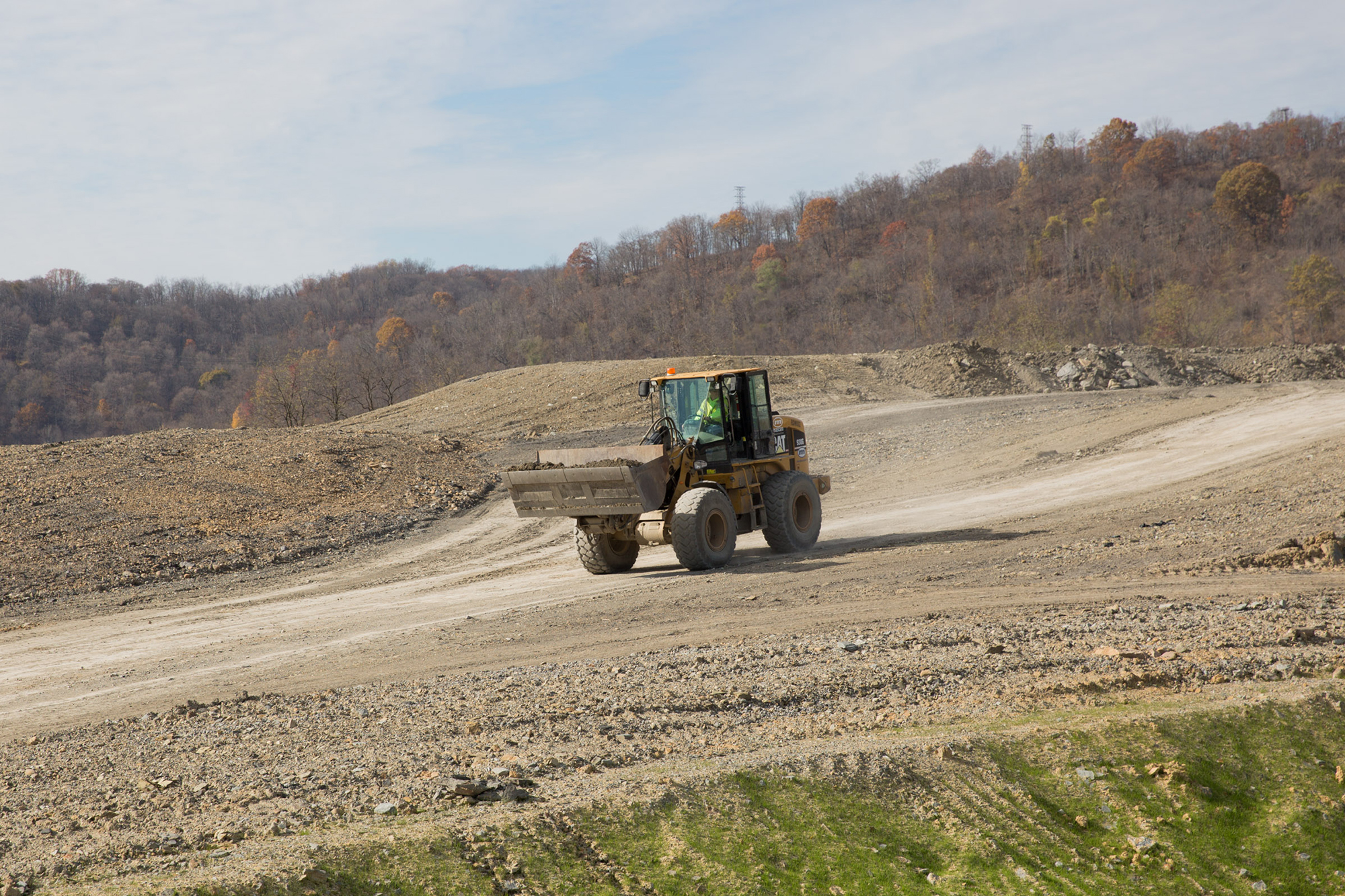 “It put our county on the map,” says Beaver County commissioner Jack Manning.

He says construction sustained pandemic-strapped businesses and attracted investment in hotels, malls, and even housing, like the new townhomes overlooking the plant. Manning also expects years of both direct and indirect job creation.

For many community leaders of this one-time manufacturing epicenter, which has struggled since steel moved away in the 1980s, these are welcome developments.

But others counter Manning’s rosy assessments, pointing to continued economic stagnation in the region since construction began. Still, state and local governments have bet big on Shell by awarding it the largest corporate tax break in Pennsylvania history.

The government support matters. In the United States and other countries that will soon negotiate the global plastics treaty, local investment translates into political power for plastics. That was clear when then-President Trump gave a 2019 campaign-style speech at the Shell plant, touting his commitment to U.S. manufacturing.

Manning says that behind such support are real benefits for the community, including the young families he sees buying townhomes and reinvigorating local communities.

As for environmental effects, Manning, who spent 35 years in the petrochemical industry, believes Shell’s state-of-the-art technology will protect local air and waters. He shares activists’ broader concerns about climate change and ocean pollution, but says the pellets made here will create products that improve lives, such as replacement knee joints, lightweight parts for electric cars and packaging that prevents food spoilage.

And he’s confident a global plastics treaty won’t hurt locally. If anything, global initiatives to reduce plastic production could secure demand from existing plants by limiting the construction of new ones, he says.

Jace Tunnell of the University of Texas Marine Science Institute offers another take.

In 2018 Tunnell discovered plastic pellets — called nurdles in the plastic-waste world — washed up on local beaches. When he learned they came from nearby plastics facilities, he created the nonprofit Nurdle Patrol to enlist citizens in monitoring pellet pollution along the Gulf of Mexico. The work is raising awareness and contributing to stricter permitting rules. 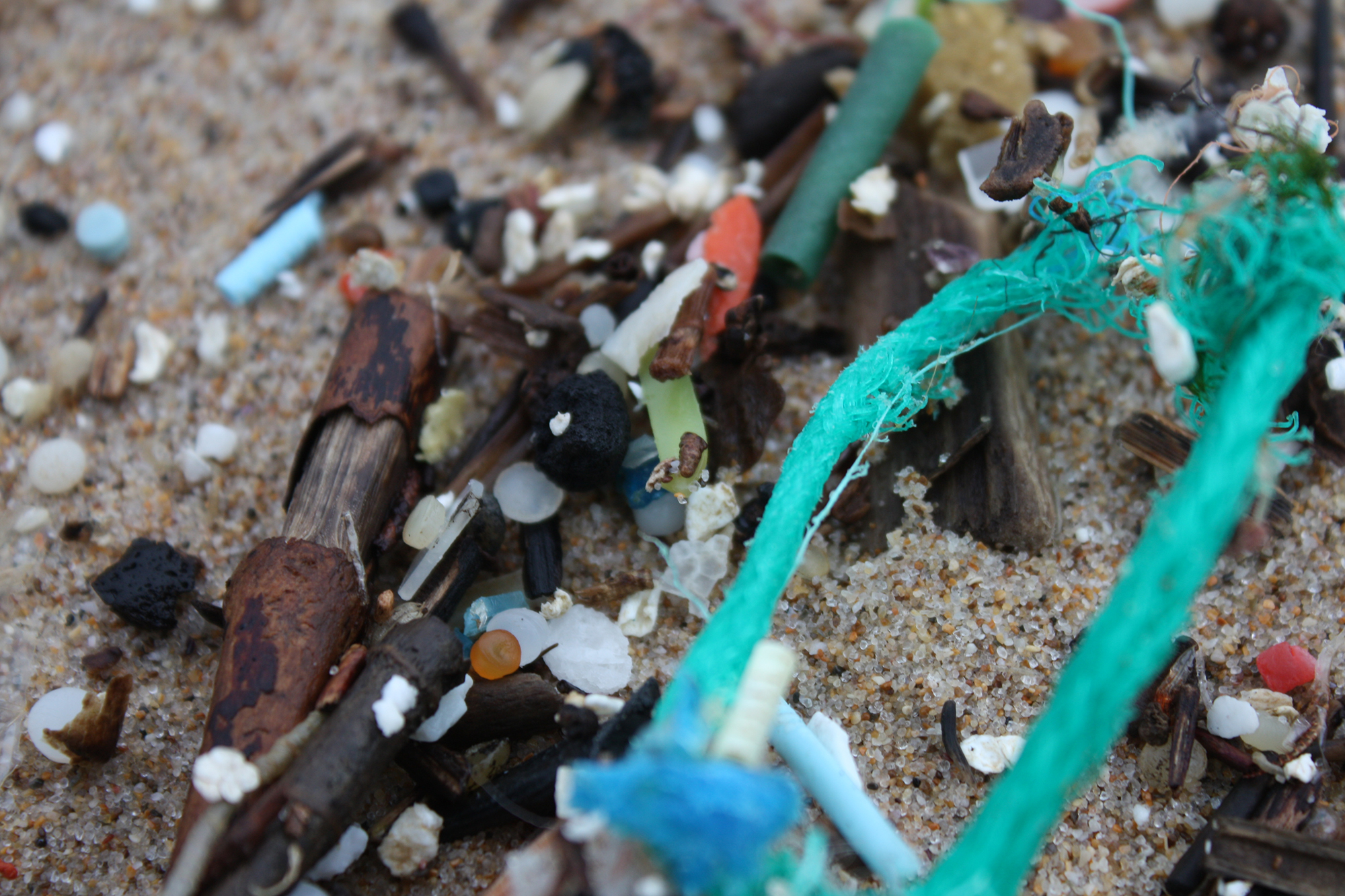 Groups in Beaver County have since taken similar action to gather baseline environmental data before the Shell plant goes online.

“I haven’t seen a facility yet where there aren’t pellets in the environment,” says Tunnell. Their small size enables dispersal by wind, rain, storm drains, and the pneumatic equipment that blows them onto railcars at production facilities. They can also wind up along railroad routes, at shipyards and in the ocean, depending on shipping practices.

Tunnell offers the example of former Gulf of Mexico shrimper Diane Wilson, who in 2019 won a $50 million settlement from a Formosa plastics facility in Texas that discharged billions of pellets and other pollutants.

And he points to a 2021 Sri Lankan cargo ship disaster that left beaches knee-deep in nurdles.

“They’re still cleaning them up,” he says.

Events like that have contributed to a tide of negative press that — along with inflation, the pandemic, and other factors — have slowed the plastics boom. That’s evident in Pennsylvania. Only a few years ago, plastics makers had sketched out five new plants for the region to tie into Marcellus gas, plus two ethane-storage facilities. But three plants are now canceled, and neither storage facility has been built.

Governmental pushback, including momentum toward a global treaty, is also mounting, as seen by China’s 2017 decision to stop importing plastic waste for recycling. That policy change stranded plastic waste in US communities and has contributed to federal and state efforts to hold retailers of single-use plastics accountable for the waste, something the European Union achieved in 2021.

For its part, the plastics industry claims a positive economic impact and commitments to environmental safety, which include its voluntary Operation Clean Sweep, designed to minimize pellet pollution. Shell representatives in Pennsylvania did not respond to interview requests but cited their participation in Clean Sweep and directed questions to their website, which describes mitigations for noise, air pollution, and other plastics production issues.

But for Enck, industry-led initiatives fall short. She believes they distract from climate, equity, and other broader problems that she hopes are addressed in upcoming treaty talks.

As the treaty framework came together last February, industry allies pushed for an emphasis on waste management, including mitigating marine debris and improving recycling, which remains technologically difficult.

But delegates from Rwanda and Peru successfully advanced a more ambitious resolution that will consider the full life cycle of plastics, including production, disposal, and its pollution impact on all environments, not just oceans. The resolution’s inclusion of a possible cap on virgin plastics production was supported by letters from international scientists and corporations such as Walmart and Coca-Cola.

In March delegates from 175 counties approved the Rwanda-Peru framework. Procedures and timelines were established at June meetings in Senegal, and negotiations are slated to begin in Uruguay in November. Although a treaty is expected in 2024, its true effect will depend on ratification from the United States and other top plastics producers and whether member nations will adhere to it.

In the meantime, political and market forces will continue determining how many more facilities like Pennsylvania’s Shell plant are built.

As I leave my Beaver County hillside, I ask the two men what will become of the balloons they’re releasing. They look at me for a moment, then one tells me with a shrug that they’ll eventually explode and fall to the ground.

That reminds me of something Enck said: “We’re leaving a mess for future generations.”

This story by Tim Lydon originally appeared in The Revelator and is republished here as part of Covering Climate Now, a global journalism collaboration strengthening coverage of the climate story.