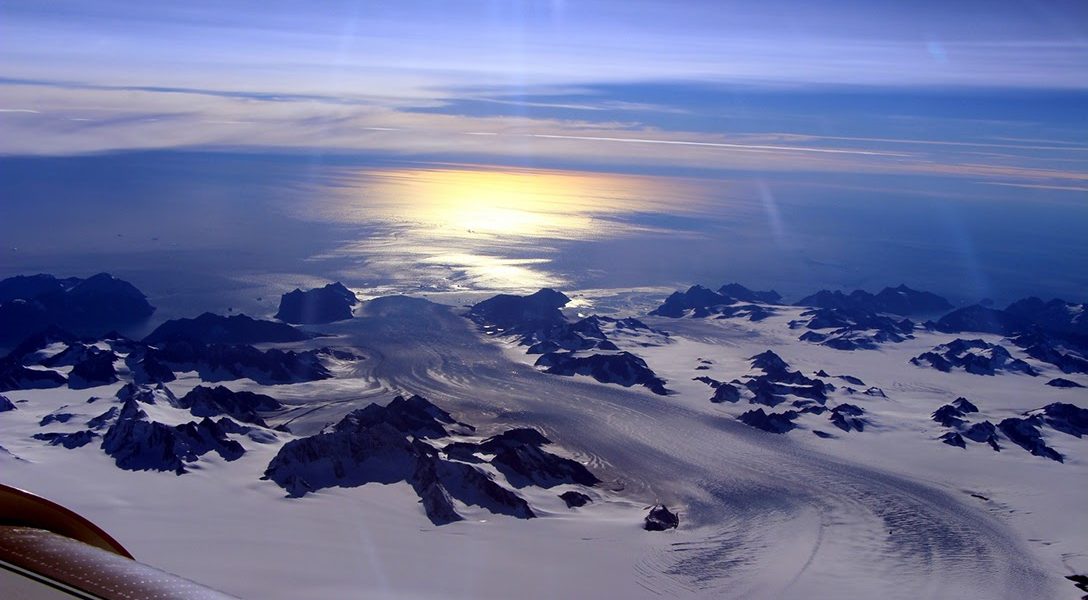 This story originally appeared in Climate News Network and is republished here as part of Covering Climate Now, a global journalism collaboration strengthening coverage of the climate story.

The huge island, the biggest bank of ice in the northern hemisphere, has been losing ice at an ever-increasing rate in a rapidly warming world. Last year it shed more ice than ever, and this time because the skies were unusually clear.

There is enough ice on Greenland to raise global sea levels by more than 23 feet. A recent study established that in the years between 1992 and 2018, rates of polar ice loss have risen six-fold, and so much water has flowed off the Greenland ice surface that sea levels have risen by more than 0.4 inches everywhere.

Now a new study by US and Belgian scientists in the journal The Cryosphere confirms that 2019 was even worse. Because of good weather and cloudless skies, only enough snow fell to deposit 50 billion tons of ice into the island’s profit-and-loss ice account. The average annual deposit between 1981 and 2010 was about 375 billion tons.

But glaciers still flowed towards the sea at an ever-increasing rate, summer snow melt continued to flow off the ice sheet, and icebergs continued to calve, so on balance the island lost 600 billion tons of ice: enough to raise global sea levels by 0.06 inches. This is the biggest overall loss of ice since records in Greenland began in 1948.

The cause: unusual spells of high atmospheric pressure over the island for unusually long periods of time. That stopped the formation of clouds, and that meant less precipitation in the form of snow. Snow reflects solar radiation more effectively than ice, so the surface absorbed more heat and melting also accelerated.

The pattern of warm moist clouds trapped over northern Greenland by the heat that would normally radiate off the ice, instead of releasing snow, also emitted their own heat, to make things worse. The worst year for surface melting remains 2012, but the summer of 2019 was a good second.

The implication is that things could get worse, and losses of Greenland ice could accelerate.

“These atmospheric conditions are becoming more and more frequent over the past few decades,” said Marco Tedesco, of the Lamont-Doherty Earth Observatory at the University of Columbia in the US, the lead author.