So goes the news scroll, rapidly pivoting from the main accomplishment of COP27 — a historic agreement to at least begin the process of creating a fund to address the “loss and damage” being experienced by the most climate-vulnerable countries — to the inflation in food prices associated with Thanksgiving and the coming holiday season. As if they were disconnected.

There is, in fact, a strong link between the two. For loss and damage can translate into a kitchen table story very quickly here in the USA.

One-sixth of all agricultural production, according to the USDA, is traded internationally — which means that what happens in many of those highly climate-vulnerable countries will impact what Americans eat or drink. It’s already happening.

Consider this: If you were to have had a holiday meal based solely on crops native to North America, it would have been scant, and heavy on berries: Blueberries, strawberries, cranberries, and raspberries, along with pumpkin and the sunflower, are the only food crops, according to the UN’s International Center for Tropical Agriculture (CIAT), that originated here on our continent. Most of the foods we rely on for a diverse and healthy diet have their genetic centers of origin elsewhere — mostly from a band of land around the equator, considered the source for as much as 90 percent of the Earth’s biodiversity. We’re either importing food from those locales, or relying on them as a source of genetic characteristics to lend our commercial crops resistance to new diseases, pests, and extreme weather conditions.

The potato is native to the Peruvian Andes, where glaciers are melting and inundating mountain farmlands. Corn is native to southern Mexico, where rising temperatures and drought are devastating the corn harvests. Global yields of corn could drop by as much as 24 percent by 2030, according to NASA’s news service, due to rising temperatures, shifts in rainfall patterns, and “elevated surface carbon dioxide concentrations from human-caused greenhouse gas emissions.”

A 2018 article in the International Journal of Climatology concluded that between 1981 and 2010, global climate change contributed to decreasing mean yields of maize, wheat, and soybeans by 4.1 percent, 1.8 percent, and 4.5 percent, respectively, relative to what yields would have been without greenhouse-gas triggered climatic changes. (Wheat appears to be the most resilient to climate impacts; in some cases, increased CO2 levels have led to increases, at least in the short term, of wheat production). The UN International Panel on Climate Change (IPCC) reports evidence from Africa, Asia, and Latin America of declining yields either now or predicted soon for many of the most important food crops — the consequences of drought, rising temperatures, extreme climate events, and the altered seasons for harvests and plantings that are often the result. 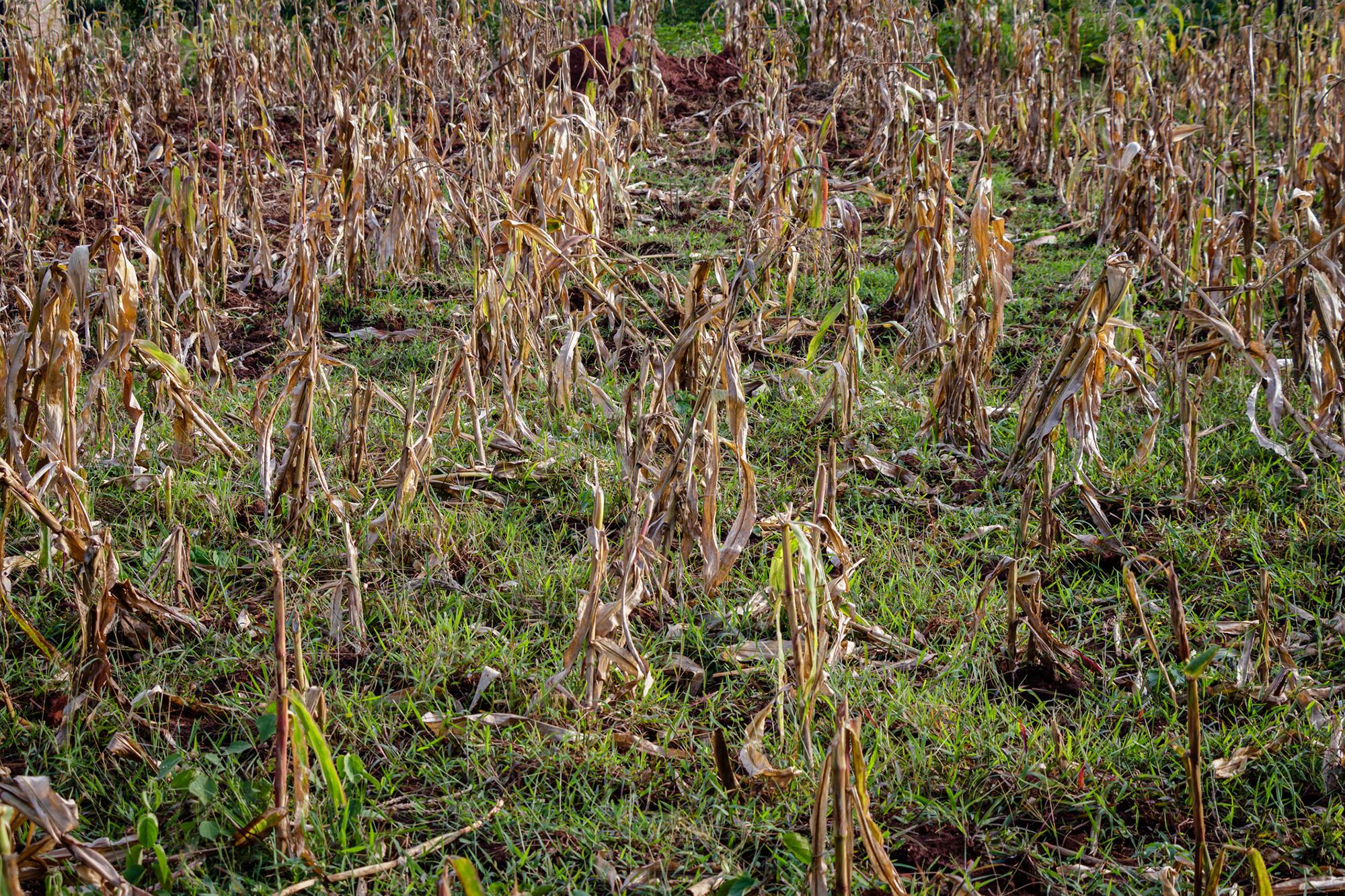 In other words, much of the very same land that is the source of diversity for our food lies in countries that are the most vulnerable to the destructive impacts of climate change. That vulnerability rebounds into how much Americans pay for food. “Food price volatility,” concludes the Food and Agriculture Organization, “is likely to be exacerbated by climate change.” We’re less distant from the “climate vulnerable” nations than we think.

(Food-growing regions in the US are experiencing similar phenomena. In California’s Central Valley, for example, the ongoing drought has led to drastic drops in the yields of tomatoes and onions, which in turn has led to significant price increases for those and other crops).

Another way to evoke to American readers the significance of “loss and damage” could be to start with America’s favorite drink. At least 60 percent of wild coffee species are “threatened with extinction,” due largely to warming temperatures in Ethiopia and other East African countries that are also experiencing the ferocious impacts of climatic disruptions on already fragile economies. Similarly, in Guatemala, also a center of coffee production, higher temperatures and a dearth of rainfall have devastated the coffee crop. By 2050, the number of regions suitable for growing coffee will decline by 50 percent.

Tightening supply equals inflation. In many parts of the US, coffee prices have already risen by as much as 40 percent, due largely to extreme weather conditions — not enough rain, too much heat. Look at your coffee labels: Ethiopia, Indonesia, Colombia, Kenya, Nicaragua, Guatemala, and Vietnam could all one day be eligible for loss and damage payments from the new fund, whatever form it takes.

For journalists, there’s enough evidence to suggest that it’s time to identify at least one of the causes behind rising food prices — which are not the function of some mysterious magic of the market but the conditions being wrought by our use of fossil fuels and the fossil fuel industry’s continuing resistance to limits on their pollution. And there can be no better illustration of how climate vulnerability in one place reverberates to us back here in the relatively comfortable United States than the food that lands upon our tables.

Climate extremes, and those partly responsible for them, are having another impact on food prices: A team of European investigative journalists have done a very good job of revealing the Persian Gulf companies behind a series of land grabs for food. In their online series called The Grainkeepers, they identify a host of companies based in the UAE and Saudi Arabia which, with riches generated by those nations’ fossil fuel exports, are coming to play dominant roles in food production in North Africa, the horn of Africa, southern Europe, and the southwestern United States.

Much of their food investments — including fruits, vegetables, and animal feed — are destined to be exported to their home countries, which have little agricultural capacity. In many cases, they are growing export crops on vast farms in countries like Sudan, Morocco, and Egypt that are already facing food shortages due partly to climate extremes, and would also be eligible for loss and damage payouts.

In the southwest United States, Italy, and Spain, they also reveal how the companies are diverting water resources in regions that are already suffering from drought. There may be some interesting local stories yet to come, since control over food by the same interests controlling the flow of oil may ultimately hit Americans’ kitchen tables.

Meanwhile, the 2022 World Cup unfolds in Qatar. The Persian Gulf state has been the subject of plenty of excellent reporting on its abysmal treatment of migrant workers and innovative air conditioning, not to mention depriving game-goers of beer. But climate change?

Enriched by the oil and natural gas under its sands, Qatar is the highest emitter of carbon dioxide per capita in the world. The country is the world’s second largest natural gas producer — which also makes it one of the top emitters of methane, which has 84 times the disruptive impacts on the atmosphere of carbon dioxide over a period of 20 years.

That may explain why the country has resisted any international agreement governing methane emissions, as it hosts the world’s soccer fans in an air-conditioned cocoon made necessary partly by the conditions which those emissions have helped to trigger.

This story by Mark Schapiro was originally published by Capital & Main and is part of Covering Climate Now, a global journalism collaboration strengthening coverage of the climate story.