Citing grave dangers to human life and the environment, activists in two western states are suing the federal government to stop the construction of a new railway in northeastern Utah that would quadruple the area’s crude oil production and cut through a pristine forest wilderness.

In addition to endangering the local population and nearby waterways, activists say the railway would also send the wrong message from an administration that has promised to take steps to curb greenhouse gas emissions.

“We can’t make progress toward a more stable climate when our government keeps lighting fuses on giant carbon bombs,” said Deeda Seed, a public lands campaigner at the Center for Biological Diversity (CBD), in a statement announcing the decision to sue the US Surface Transportation Board (STB) over its approval of the new railway.

In a 4-1 vote, the STB, which oversees the development of new rail projects, approved the railway’s route and construction in December. The new lawsuit seeks a review of this decision from the United States Court of Appeals for the District of Columbia Circuit, on the grounds that the STB violated the National Environmental Policy Act by failing to consider the boost in oil production the railway will generate.

The Uinta Basin in northeastern Utah currently produces about 90,000 barrels daily of waxy crude oil, which is transported to Salt Lake City by truck. But the planned 85-mile Uinta Basin Railway, which would connect the basin to the national rail network in Colorado, would allow production to increase to up to 350,000 barrels per day.

This would require the use of as many as 10 two-mile-long trains consisting solely of heated tanker cars. The activists argue that this is an experimental and unproven mode of crude oil transportation. While the heated tankers are meant to be safer, said Seed, there is no record of transporting this type of oil at such a scale on a regular basis.

Seed warned that a derailment near bodies of water like the Colorado and Green Rivers “could have a catastrophic consequence at a time when we can least afford to have that kind of thing happen.”

A spill of this oil would not only be disastrous for the environment — Seed points to the limited body of research into cleaning up waxy crude oil spills, which suggests it would be especially difficult — but potentially very dangerous to human life as well. In 2013, 47 people were killed in the Canadian town of Lac Megantic after a freight train carrying crude oil derailed and exploded there. 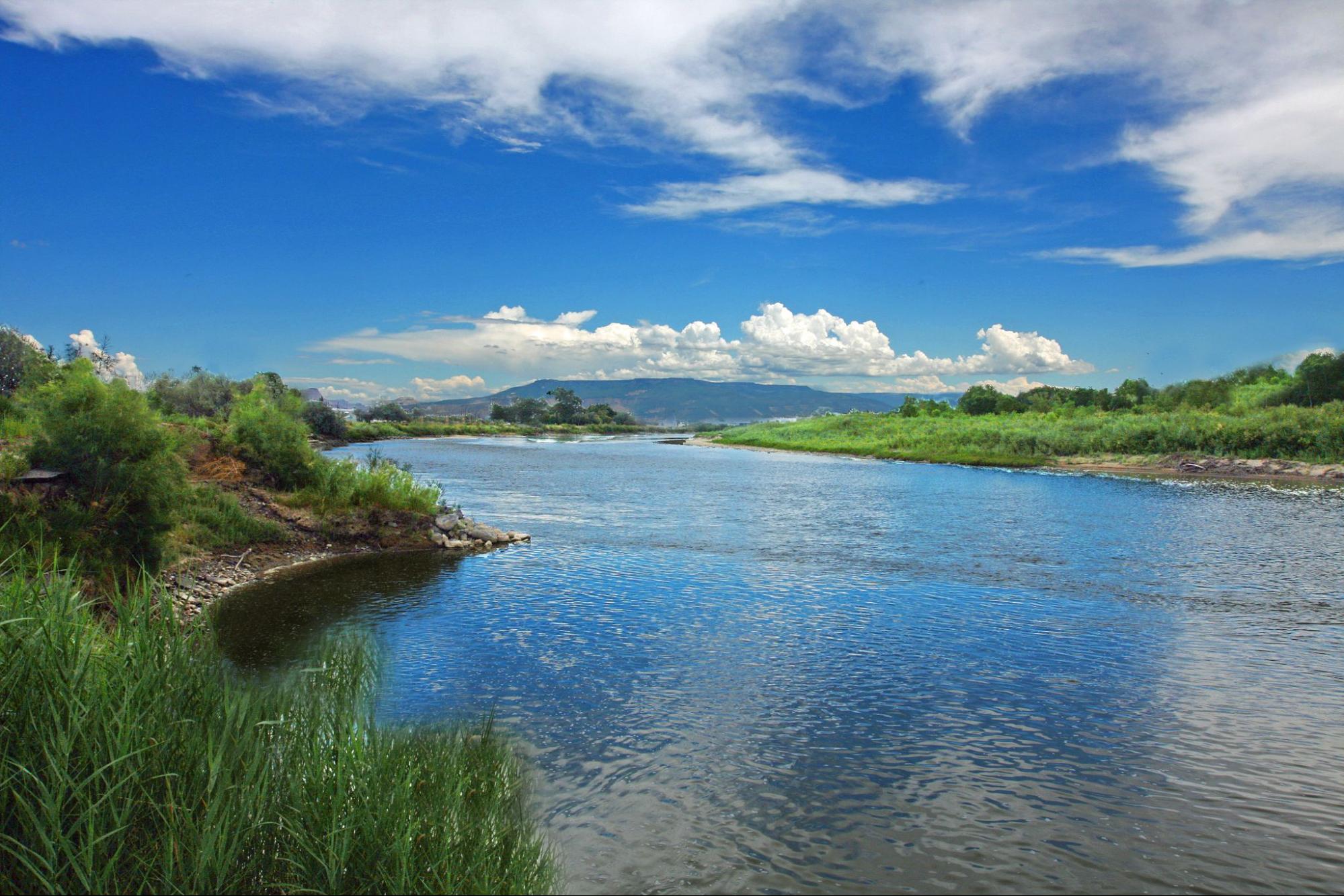 Citing the strong opposition of community leaders against the project, Sen. Michael Bennet (D-CO) told the Colorado Times Recorder he is “deeply concerned” about the prospect of moving so much crude oil through his state. His office declined to offer additional comment to WhoWhatWhy.

This opposition is particularly potent in Colorado’s Eagle County, which had already announced prior to the latest lawsuit from the conservation groups that it would sue in US District Court in order to keep the oil trains out of western Colorado.

According to Vail Daily, the Eagle County commissioners and its attorney’s office believe that the STB made a premature decision to approve the railway before the project’s environmental impact statement was completed.

Though the conservation groups’ lawsuit cites a host of wide-ranging environmental concerns — including habitat destruction in Utah’s Ashley National Forest and elevated ozone pollution in the Uinta Basin — the climate implications of the project are perhaps the most pressing. The groups’ estimates show that the increased oil production the railway would enable could amount to 53 million or more tons of carbon dioxide added into the atmosphere.

“Our point was you shouldn’t have taken that $28 million that’s intended to alleviate the impact of mineral extraction and used it for a project that is going to quadruple fossil fuel extraction.” — Deeda Seed

Environmental activists argue that because the western US is especially affected by climate change and frequently suffers from devastating droughts and forest fires, taking any actions that would exacerbate these problems is irresponsible. Additionally, the project would be incompatible with the goals of President Joe Biden’s executive orders addressing climate, they say.

STB Chairman Martin Oberman, the lone board member to vote against the railway’s approval, also cited Executive Order 14008, which establishes the policy of the Biden administration to “implement a government-wide approach that reduces climate pollution in every sector of the economy.” His dissent highlights the lack of long-term financial viability in a transportation project planned exclusively to transport fossil fuels.

While a potential railway to transport waxy crude oil out of the Uinta Basin had been suggested for many years, a serious effort to construct one did not begin until about 2018, when the Seven County Infrastructure Coalition in Utah began a feasibility study and applied for permits.

CBD also sued in 2020 over alleged misuse of federal funds during the permitting process. The Seven County Infrastructure Coalition received $27.9 million from Utah’s Permanent Community Impact Fund Board, which distributes money that the state receives from the federal government as revenue from the Mineral Leasing Act.

These revenues are intended under federal law to mitigate the impacts of drilling and mining in communities in which mineral extraction occurred, not to enable continued extraction, which is the express purpose of building the railway.

“Our point was you shouldn’t have taken that $28 million that’s intended to alleviate the impact of mineral extraction and used it for a project that is going to quadruple fossil fuel extraction,” said Seed.

This lawsuit remains pending, but Utah state law was amended in 2021 to allow the state’s mineral lease revenues to be directed towards fossil fuel projects. Representatives for the Uinta Basin Railway and the Seven County Infrastructure Coalition did not return a request for comment concerning any of the litigation or other concerns about the railway. 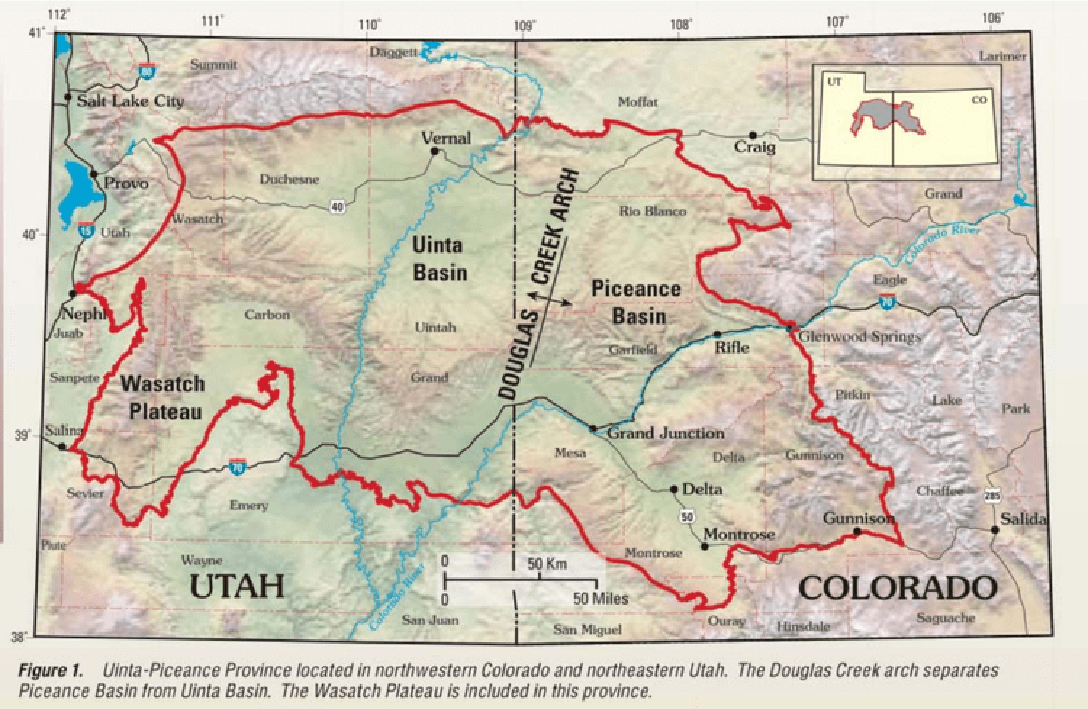 The coalition that filed the latest lawsuit is also pushing to prevent the railway’s construction through objections to the US Forest Service, which was also named as a defendant in the suit. The Forest Service approved the railway’s route through the Ashley National Forest in October but is still in the midst of the objection resolution process. If their approval were to be reversed, it would likely be a major blow to the railway’s viability.

At a February hearing, lawyers for CBD and Utah Physicians for a Healthy Environment, another petitioner on the most recent lawsuit, clarified some of the objections they had filed. The Forest Service has until March 5th to resolve these objections.

In a letter sent to Forest Service Chief Randy Moore last fall, CBD and many other environmental organizations highlighted that the Forest Service is not required to approve the railway’s right of way. Instead, it is supposed to reject special use applications for projects that are not in the public interest.

“Approving the right of way is not in the public interest because it would fail to comport with President Biden’s climate directive, irreparably damage the designated Roadless Area [and] impair critical Forest resources including wildlife, water quality, and air quality,” reads the letter.

Moore’s response declared that his agency determined the railway would be in the public interest by supporting the administration’s infrastructure goals.

Regardless, said Seed, “People look at a project like the Uinta Basin Railway [and ask] ‘Why? Why are we doing this?’ This helps those few people that are interested in pursuing fossil fuel development at the expense of our future.”