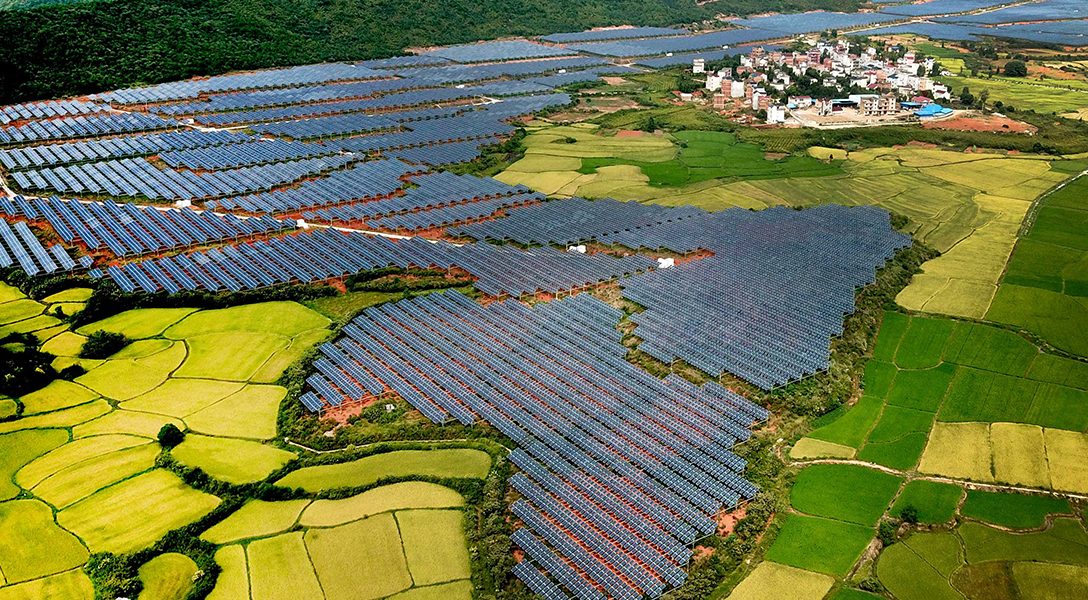 China Is Cleaning Up Its Act on Climate Change

HONG KONG — The busy rush hour in Shenzhen, a new city of some 20 million people in Guangdong Province, is almost silent. Commuters whisper past on electric bikes and scooters or board one of Shenzhen’s fleet of electric buses and taxis, all part of the city’s pool of 90,000 new energy-efficient vehicles. It’s part of what Chinese city officials call “ecological civilization.”

From carbon trading to transforming garbage into renewable energy, Shenzhen has been at the leading edge of China’s developing climate consciousness. According to Wu You, deputy secretary-general of the city government, energy consumption per unit of GDP decreased in the city by 4.2 percent in 2018.

In 2013, Shenzhen was the pilot city for a national carbon trading system that has massively reduced carbon emissions. Later this year, the world’s largest waste-to-energy plant will be unveiled. Shenzhen East, designed by a Scandinavian firm, can incinerate 5,000 tons of waste per day and its vast 66,000-square-meter roof will be covered in photovoltaic panels, powering the plant and contributing to the renewable energy provision for the city.

Across China, there are more than 200 million e-bikes and electric cars, and bicycle sharing and ultra-cheap public transport are mainstream in cities. For less than 50 US cents, a commuter can travel almost anywhere in the downtown areas of 31 Chinese cities that have built subway systems.

Not all Chinese cities are as advanced as Shenzhen, and the country’s track record is far from perfect. China is still the world’s largest consumer of coal and the largest greenhouse gas emitter. The sheer size of the economy and the pace of development means its actions have an enormous impact on global greenhouse gas emissions, and very recent trends are not so encouraging. Increased fossil fuel consumption drove an estimated 2.3 percent increase in China’s CO2 emissions in 2018. While efforts are being made to cut coal consumption, China is building coal-fired plants in neighboring countries as part of its ambitious Belt and Road economic initiative, which will only transfer the problem elsewhere.

As a result, China has been cast as an environmental super-villain, the planet’s biggest polluter. But it is now poised to challenge that reputation and take over the global leadership role in countering climate change, an issue described by UN Secretary-General António Guterres as a “direct existential threat.” While President Donald Trump aims to withdraw the US from the 2015 Paris climate accord and is largely dismissive of regulations aimed at tackling climate change, China remains an ardent advocate. China is forecast to achieve its Paris targets on CO2 emissions nearly a decade ahead of schedule.

China’s transformation — from obstinate opponent of progress at the failed Copenhagen climate talks in 2009 to the heroes of the 2015 Paris meeting, where it was seen playing a progressive and indispensable role in collaboration with the US — is little short of astonishing.

“China has managed a turnaround in its climate ambition over the past years,” says Li Shuo, a senior global policy adviser for Greenpeace East Asia, speaking from Beijing.

Now Chinese leaders are consistently calling for international collaboration and multilateral approaches to combat climate change. At a meeting held on the fringes of the recent G20 meeting held in Osaka, Japan, China’s State Councilor and Foreign Minister Wang Yi called upon all parties to honor their commitments and take concrete action in tackling climate change. Wang added that the world will not stop pushing forward even though a “certain country” had withdrawn from the push to address the issue.

It’s not just the approach to the international diplomacy of climate change that has changed in China. Policy from the bottom up has been transformed. China has seen a massive investment by both the state and the private sector in renewable energy since 2000. Soon, it will be cheaper to produce electricity from photovoltaic (PV) solar cells in China than from coal. Government policy, revised in 2018, aims for renewable energy to constitute at least 35 percent of electricity consumption by 2030.

According to the International Energy Agency (IEA), China leads global growth in renewable energy. It forecasts that the nation will become the largest consumer of renewable energy on the planet, surpassing the European Union by 2023. It also predicts that China will remain the solar PV leader by far, holding almost 40 percent of globally installed PV capacity by 2023, while the US will remain the second-largest growth market.

“It has built up the world’s largest clean energy industry that would propel further decarbonization, while at the same time, its leaders start to see a low carbon transition in its own interest,” says Li. He says China’s policies extend beyond clean energy generation.

Certainly, it’s easier to implement radical environmental policies in a one-party state. And China sees renewables as a source of energy security. As the US abdicates its responsibilities for climate change leadership, the Chinese are well placed to fill the vacuum, though many think they will adopt a different style.

“I do think China’s action plays a leadership role in climate change now, especially when Trump is retreating on climate change action but China’s leadership will not be like the Americans’,” said Fang Zhang, of the Center for International Environment and Resource Policy at Tufts University.

Fang thinks China emphasizes a “pioneering” role in climate change action, but that it won’t set up rules and ask everyone to follow them like a self-appointed climate change policeman.

Whatever style the Chinese adopt, they will be under pressure to ease back on climate change action as the current trade war with the US puts pressure on economic growth. But Beijing is still most likely to adhere to the old Chinese proverb, invoked at the 2015 Davos summit by Chinese Premier Li Keqiang:

“When the wind of change blows, some build walls — while others build windmills.”