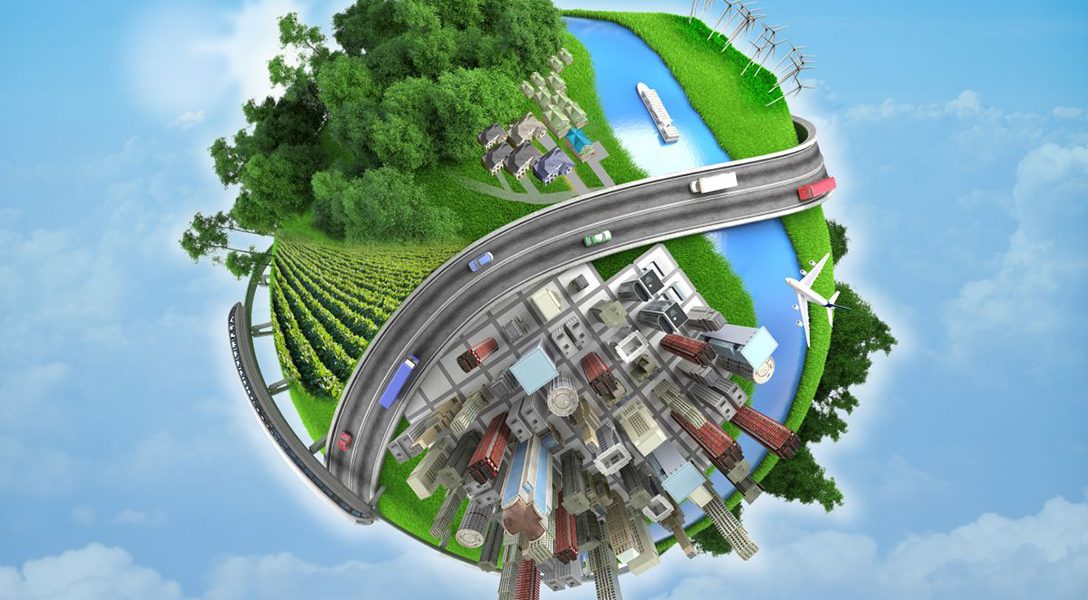 If climate change is a hoax perpetuated by the Chinese, as incoming President Donald Trump has claimed, the main victim of the hoax looks to be China itself.

The US and China appear to be taking radically different paths toward a self-sufficient energy future. In an effort to clean up its environment, China is pulling back from its former policy of growth at all costs, while Trump has signaled he wants to lead the US in the opposite direction.

“Such a huge investment in clean energy is not only the result of the social problems caused by pollution, such as smog, but also of the urgent need of the government to spur the economy,” Sun Qingyun, associate director of the US-China Clean Energy Research Center, told WhoWhatWhy. “A prosperous energy industry can be a very powerful engine for the economy.”

China suffered from a power-supply shortage decades ago. Today, the country’s pressing energy problem is the inefficiency of its energy system, which is wasteful and creates pollution, Sun said. Chinese power plants wasted 98,000 gigawatt hours in electricity generated by wind, solar and water in the first 10 months of last year. This was because the supply exceeded the actual consumption, and it is next to impossible to store surplus electricity. The total power China wasted is equivalent to the entire annual electric output of the Netherlands.

In allocating so much money and resources to renewable energy production and nuclear power, “China is poised to lead the world in this new direction,” Gordon Thompson, executive director at the Institute for Resource and Security Studies, told WhoWhatWhy. With Trump and his Congressional allies doubling down on fossil fuels, China’s environmentally friendly approach “would enhance China’s prestige and strengthen its long-term influence across a broad range of issues,” Thompson added.

On the campaign trail, Trump’s promise to bring jobs back to the coal mining industry helped him convince some Rust Belt voters that he would return US manufacturing to its past glory. Last month, he nominated Scott Pruitt to lead the Environmental Protection Agency. Pruitt is among the state Attorneys General who are suing EPA to block its Clean Power Plan, which Trump has vowed to kill.

“If Trump can keep coal industry employment stable it would be an achievement because jobs there are being lost fast,” Sun Qingyun said. “But coal-fired power is definitely losing its competitiveness because of advanced technologies. Policy is not the only determining factor here.”

In comparison, China plans to shut down 38% of its coal mines nationwide, cutting the number to 6,000 in 2020 from 9,700 in 2015. The number of coal companies is expected to shrink by half during that same time. The Chinese government also hopes to create 3 million additional renewable energy industry jobs through 2020, bringing the total in this industry to 13 million.

Trump’s vow to dismantle the Clean Power Plan could mean fewer subsidies and incentives to pursue renewable energy projects, including solar, hydropower and wind. In fact, these subsidies are already declining. Between 2010 and 2013, the US cut $600 million in support for renewable energy, according to a report of the Energy Information Administration.

With the cost of solar and wind power coming down, the Chinese government is also less inclined to offer direct aid to renewable energy initiatives. By 2020, the price of electricity generated by wind and solar is projected to compete in the market with coal-fired power — with little support from the government.

In 2012, the Chinese government started to provide subsidies to promote renewable energy. The growth of the industry, however, outpaced the funding earmarked for the program. As a result, the government is estimated to be short $8.7 billion in subsidies through the end of 2016 said Zhi Yuqiang, an official at the National Development and Reform Commission at a conference in August.

Stronger Chinese competition in renewable energy is changing the world market in a big way. Take solar panels. Most industry observers credit China’s entry into the market for driving the prices down by manufacturing photovoltaic panels more efficiently and at scale, Aimee Curtright, senior physical scientist at the RAND Corporation told WhoWhatWhy.

For homeowners, the price of solar photovoltaic systems was about $3 per watt in early 2016 — that’s down more than 50% since 2010, according to the National Renewable Energy Laboratory.

Burning coal to heat homes is one of the key causes of the smog that is plaguing China — especially in the colder northern regions of the country. To reduce air pollution in the greater Beijing area, the government plans to increase the use of geothermal energy for residential heating, and hopes that it will account for about one-fifth of the area’s total heating supply by 2020.

Across China, the use of geothermal energy — which is clean and renewable heat generated from sources beneath the Earth’s surface — is expected to more than triple over the next four years, said Liang Zhipeng, an official at the National Energy Administration.

“China should increase its efforts in energy efficiency and renewable energy, and should not be discouraged by contrary efforts in the USA,” Gordon Thompson of the Institute for Resource and Security Studies told WhoWhatWhy.

He believes that China’s example — together with the reality of global warming and health-impairing pollution from burning fossil fuels — “will eventually overcome retrograde thinking in the USA.”