If you find carbon offsets confusing, just wait. Some experts want to track trading in offsets by using another current buzzword: blockchain. Never fear; WhoWhatWhy is here to explain.

Almost 200 countries have adopted the Paris Climate Agreement, yet key provisions of the deal remain undefined. Those include Article 6, which establishes a way for countries to trade carbon offsets.

Offsets consist of “carbon credits” that companies, countries, and even individuals can buy. They’re generated by emission-reducing projects around the globe that “offset” emissions caused by the buyer, enabling a flight, for example, to claim that it’s carbon neutral despite burning fuel that releases greenhouse gases into the atmosphere.

Currently, most carbon offsets are purchased on the “voluntary carbon market” by private companies and individuals working toward their own voluntary net-zero emission goals. But the language of Article 6 foresees a future in which countries buy and sell carbon offsets among themselves to meet compulsory emissions targets.

Countries are gearing up to finalize the Paris rulebook, including the rules governing Article 6, at the Conference of Parties 26 (COP26) in November. Meanwhile, private entities and individuals are planning for the day when countries begin trading carbon offsets.

When that day arrives, some believe that blockchain will play a key role.

At the Conference of Parties in November, countries may finally establish rules for trading carbon offsets. Photo credit: UK COP26

Blockchain has made a splash as the technology that tracks cryptocurrencies such as Bitcoin, but at its core it’s a technique for storing data.

Groups of data are entered in as “blocks” that are linked in a network that preserves the chronology of the entries. The data stored on a blockchain network is both irreversible and decentralized: Anyone can view the blockchain, but nobody can alter it.

With cryptocurrency, blockchain serves as a ledger of transactions of individual “coins” that have a monetary value. The same would hold true for transactions of carbon credits, the units that make up carbon offset purchases.

Carbon credits are generated by offset projects — those that reduce net global emissions. Some examples from the Gold Standard Impact Registry (one of the few organizations that verify carbon offset projects) include a mini hydropower plant in Sri Lanka, a wind farm in Indonesia, and improved cookstoves in Rwanda.

Projects can occur in countries other than the buyer’s home country because emissions and reductions affect the entire globe.

For carbon credits to come into existence, carbon offset projects must be created and verified. As of now, there is no national or international government-sponsored method for verifying and tracking projects, though a handful of companies offer monitoring, reporting, and verification services.

Mark Trexler, director of The Climatographers, a climate-focused knowledge management agency, said carbon offsets were initially meant to be used by corporations, not governments. Trexler worked on the very first carbon offset project, the CARE Agroforestry Project in Guatemala in 1988, which was developed for the eco-conscious owners of a power plant. 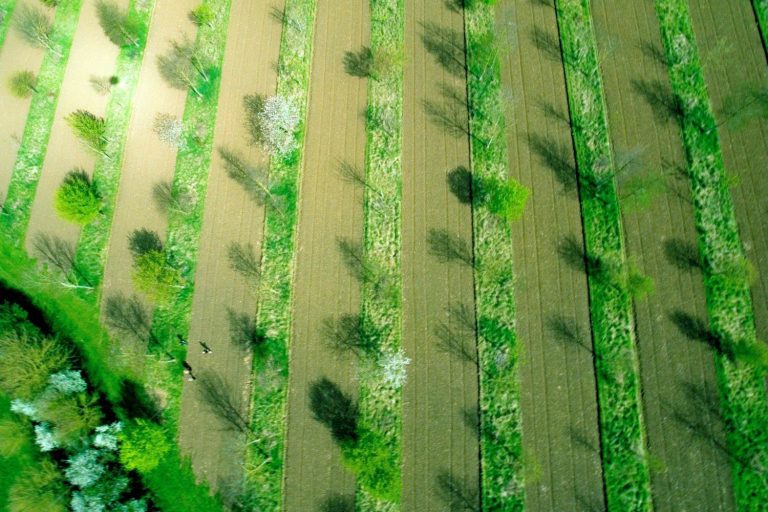 “The voluntary market has always been sort of a weird animal,” Trexler said. “Many of us in the [carbon offset] space sort of anticipated that carbon offsets were fading away 10 years ago. Now you have this frankly weird idea that voluntary offsets will solve climate change by growing one hundredfold.”

While some environmentalists are looking for ways to bring innovation to the carbon market, including using blockchain, others argue that the whole practice should be allowed to fade since it wasn’t meant to be sustained.

“Carbon offsets have the potential to be better than doing nothing, but there’s also a relevant argument that carbon offsets can delay the implementation of emissions-reducing technologies and practices,” said Tani Colbert-Sangree, program officer at the Greenhouse Gas Management Institute.

Carbon offsets were meant to be a catalyzing or transitioning tool for new and better technology, Colbert-Sangree pointed out, especially for industries in which it’s hard to adopt cleaner technology or practices.

“This was a way to get electric utilities on board with climate change,” Trexler said. “Once you’re offsetting, it’s harder to say climate change is a hoax.”

Joseph Pallant, founder of the Blockchain for Carbon Foundation, sees the situation differently.

“Insomuch as offsets are meant to be a transitional tool, does it feel like we’ve gotten anywhere?” Pallant asked. “We’re getting somewhere, but as far as transitions go, society as a whole hasn’t even tried to save ourselves from climate change yet. We have a long way to go in our fight against climate change, and offsets are a pivotal part of that.”

Although the carbon market isn’t perfect, Pallant argues that carbon offsets are a way to get carbon out of the atmosphere and keep it out. “Offsets create a really efficient way to put money in the projects that are directly impacting climate change,” he said. 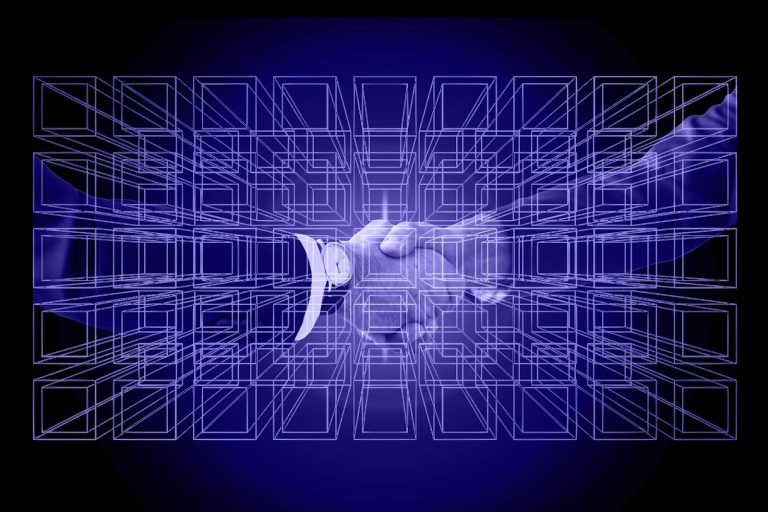 Despite widespread agreement on the need to address climate change, experts disagree on whether to use blockchain to track carbon trades — or even whether carbon trading is a good idea. Photo credit: Gerd Altmann / Pixabay=

The transparency inherent in the ledger created by a blockchain network will help governments decide which countries to buy offsets from and let them trace carbon credits back to the source projects, Pallant said.

“The value of an offset, and hence the value of a credit and the value of an internationally transferred mitigation outcome, is based on its information,” Pallant said in a presentation at the last Conference of Parties. “It’s an intangible environmental asset that we can turn into a digital asset, but if you don’t know where it came from and what it’s made of, it loses its value; it loses its clarity.”

A blockchain network will allow all credits to be sorted and tracked in one space once they’ve been created, Pallant noted, which is important for international trading because every country has “a great deal of latitude” in how credits are created and different processes for how they’re issued.

That latitude exists because it was found that countries wouldn’t agree to climate policies if the promises were too specific.

“What we learned is that they need to get people to sign on a much broader dotted line,” Pallant said, referring to lessons from the 2009 Copenhagen Accord, which is widely viewed as a failure due to its lack of concrete commitments to reduce emissions. “There’s a lot of leeway, but I think there’s no other way it could be done.”

Skeptics say the biggest problems with the offset market can’t be solved by blockchain.

The Issue of Additionality

Verifying additionality is where some offsets have run into trouble. Measuring it requires putting an exact number on a theoretical outcome that’s being prevented by creating an offset. 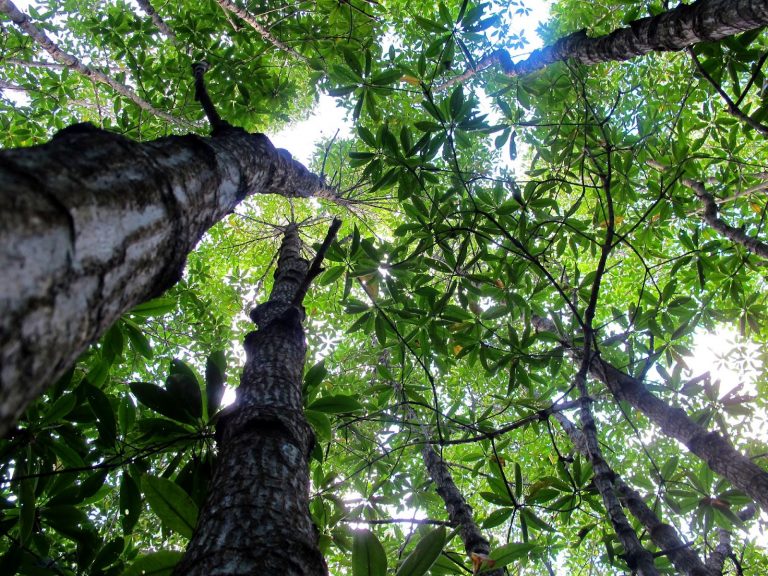 Again, Pallant disagrees. “Saying that you can’t assess additionality is totally ridiculous,” he said. “A normal thinking person can go out there and look at the state of the world and see what’s getting done and what’s being left undone, and we’re not addressing climate change.”

Heavily scrutinized examples of carbon offsets that are not additional include forests that project managers claim would have been cut down if not for carbon offset projects, but which were already protected from logging through other mechanisms.

“You can trace a carbon credit to your heart’s content, but if it wasn’t additional to begin with, it won’t become additional by tracing it,” Trexler said.

Part of the problem of verifying additionality lies in its subjectivity. Verification requirements can differ greatly between project types — protecting a forest versus building a wind farm, for example — and varies with the organization doing the verification, Colbert-Sangree explained.

Determining additionality and calculating the “baseline emissions” that serve as a reference for how much carbon a project is offsetting can follow either a project-specific approach or a standardized approach, Colbert-Sangree said.

Project-specific verification requires project managers seeking carbon offsets to make their case for why a project meets additionality requirements and proving their calculation of “baseline emissions” is fair. This claim is verified by an accredited third party.

If wealthier countries with more emissions continue to meet their own NDCs (nationally determined contribution) by relying on offsets from other nations, there’s less pressure to reduce emissions within their own borders.

With a standardized approach, these verification evaluations are made and analyzed against a predetermined set of eligibility criteria — such as a concrete performance benchmark for emissions reductions — rather than having a project manager make a case for verification based on his or her own interpretation of additionality requirements.

The more standardized a project is, the greater the potential for a beneficial application of blockchain, Colbert-Sangree said.

Letting project managers choose their “best case” for additionality is a deep flaw in the carbon market, Trexler argues: “This whole thing turned into a creative writing exercise where everyone is writing up their projects as best as they can to show they meet the relevant criteria.”

When the carbon market was first blossoming, Trexler said there was some discussion about whether offsets should work from a “positive list” of preapproved projects created by policymakers rather than having project managers bring forward their own projects for approval. But enough people were concerned about cost and speed that the idea was scrapped.

Now, Trexler said, the market gets flooded with copycat projects that look like recently approved “additional” projects but aren’t.

The Paris Agreement’s Article 6 says (though in far more arcane language) that if Country A buys carbon credits from a project in Country B to offset its emissions, Country B cannot count the reductions from that project toward its own reduction goals.

“It seems like a small detail amidst all of the very complicated things, but we really saw that this small detail has the potential to really delay and block full operationalization of Article 6,” Pallant said last year.

Although blockchain could help with double-counting, this “small detail” relates to a potentially larger issue regarding how countries see carbon trading as a source of revenue. 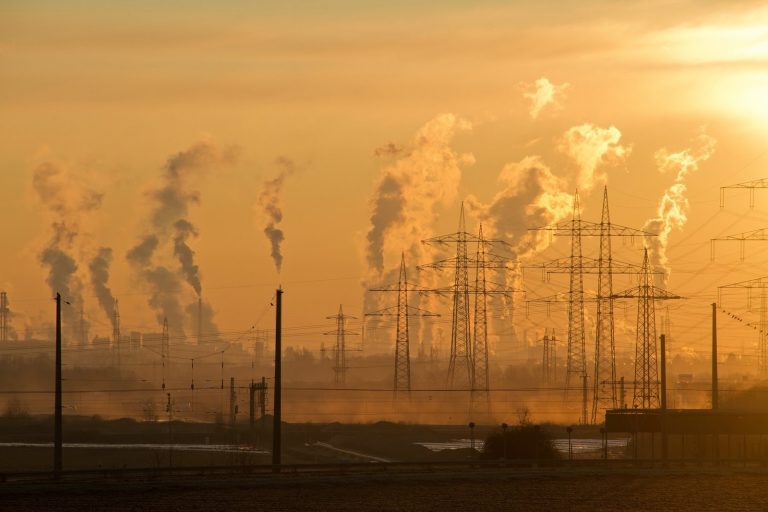 “If a country wants to sell carbon credits internationally, it could then set its NDC target [nationally determined contribution, set by countries that adopted the Paris Agreement] lower than the emission reductions that could actually be achieved by the country in order to exceed its NDC target and have surplus emission reductions for international transfer,” Colbert-Sangree said.

Setting less ambitious reduction goals in order to sell offsets defeats the purpose of setting reduction goals at all. The pressure of committing to stricter NDCs is meant to spark technological and legislative innovation and lead to rapid global reductions. If wealthier countries with more emissions continue to meet their own NDCs by relying on offsets from other nations, there’s less pressure to reduce emissions within their own borders.

“It creates a moral hazard,” Trexler said. “That’s not the right incentive structure.”

Despite the split among environmentalists about the usefulness of blockchain, there is agreement that carbon offsets alone — tracked by blockchain or not — won’t prevent further climate crisis.

“There’s no reason to believe that companies can step in voluntarily to substitute for government action on something like climate change,” Trexler said. “If companies are branded as good companies for buying offsets but aren’t advocating for public policy to tackle climate change, you have to wonder what’s going on.”

All eyes will be on Glasgow, Scotland, during COP26 to see if consensus on Article 6 can be reached, and whether government action will follow. In the meantime, it looks as though carbon offsets will continue.