Can a New Initiative Spur Agricultural Revolution in Alaska?

This story by Max Graham originally appeared in High Country News and is republished here as part of Covering Climate Now, a global journalism collaboration strengthening coverage of the climate story.

When Eva Dawn Burk first saw Calypso Farm and Ecology Center in 2019, she felt enchanted. Calypso is an educational farm tucked away in a boreal forest in Ester, Alaska, near Fairbanks. To Burk, it looked like a subarctic Eden, encompassing vegetable and flower gardens, greenhouses, goats, sheep, honeybees, a nature trail, and more. In non-pandemic summers, the property teems with local kids and aspiring farmers who converge on the terraced hillside for hands-on education.

Calypso reminded Burk, 38, who is Denaakk’e and Lower Tanana Athabascan from the villages of Nenana and Manley Hot Springs, of her family’s traditional fish camp in the Alaskan Interior, where she spent childhood summers. “I just felt like I was home,” Burk said. “[Calypso] really spoke to my heart.” 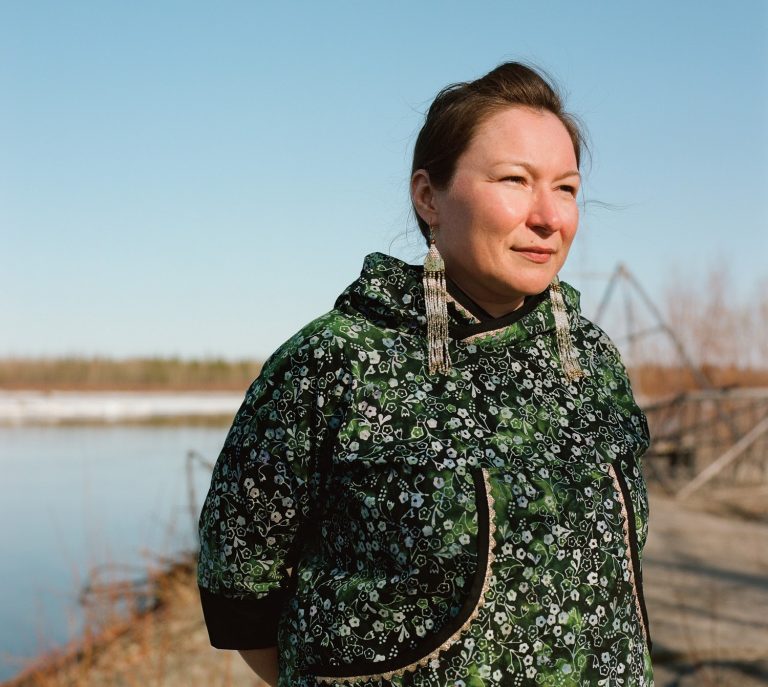 Eva Dawn Burk stands on the bank of the Tanana River in late April in her home village of Nenana, AK. Burk is a graduate student at the University of Alaska Fairbanks and is developing biomass-heated greenhouses for rural Native communities. Photo credit: Brian Adams / High Country News

When Burk was still young, though, her family drifted away from its traditions. As fish stocks dropped and the cost of living rose, they stopped going to fish camp. Burk studied engineering in college and, in 2007, found a stable job in the oil and gas industry at Arctic Slope Regional Corporation. But after she had a series of revelatory dreams — first of an oil spill, then of a visit from her departed grandmothers — and heard elders discussing threats to traditional food sources, Burk committed herself to advocating for tribal food sovereignty.

A few months after her first visit to Calypso, Burk became a graduate student at the University of Alaska Fairbanks, where she currently researches the link between health and traditional food practices. In 2020, Burk received the Indigenous Communities Fellowship from the Massachusetts Institute of Technology to develop a business model for implementing biomass-heated (or wood-fired) greenhouses in rural Native villages. The greenhouses will grow fresh produce year-round while also creating local jobs and mitigating wildfire risk. 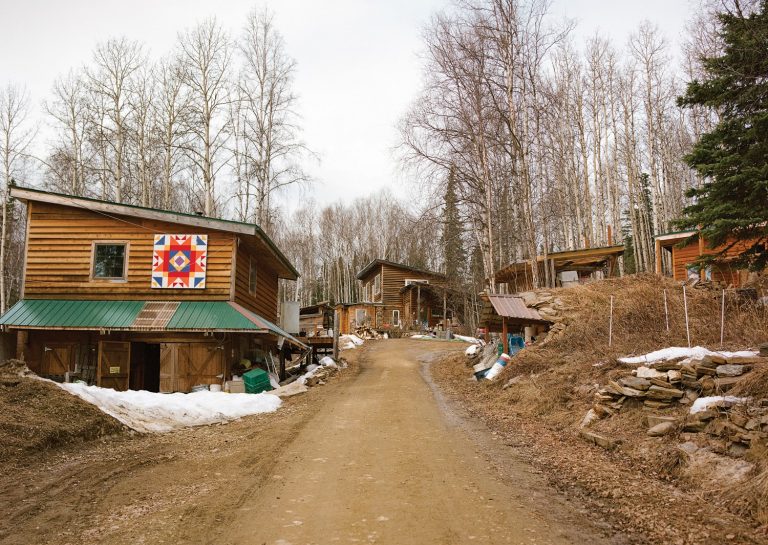 Now, Burk is partnering with Calypso to promote local food production and combat food insecurity in Alaska Native communities. The initiative involves building partnerships with tribes to teach local tribal members, particularly youth, about agriculture and traditional knowledge. The project is still in its infancy, but Burk hopes to help spur an agricultural revolution in rural Native villages, where food costs are exorbitant and fresh produce is hard to come by.

Alaska Native communities face numerous challenges to food security. Many communities are accessible only by boat or plane, and some lack grocery stores altogether. The residents of Rampart, a small Athabascan village on the Yukon River, have to order groceries from Fairbanks, delivered by plane at 49 cents per pound plus tax, or else travel there to shop — a $202 round-trip flight, a five-hour trip by boat and truck, or a four-and-a-half-hour drive overland. Sometimes orders are delayed due to weather, or because the delivery plane is full, said Brooke Woods, chair of the Yukon River Inter-Tribal Fish Commission, who is from Rampart. “You’re getting strawberries that are molded,” Woods said. “And you’re just throwing them away in front of an elder.” 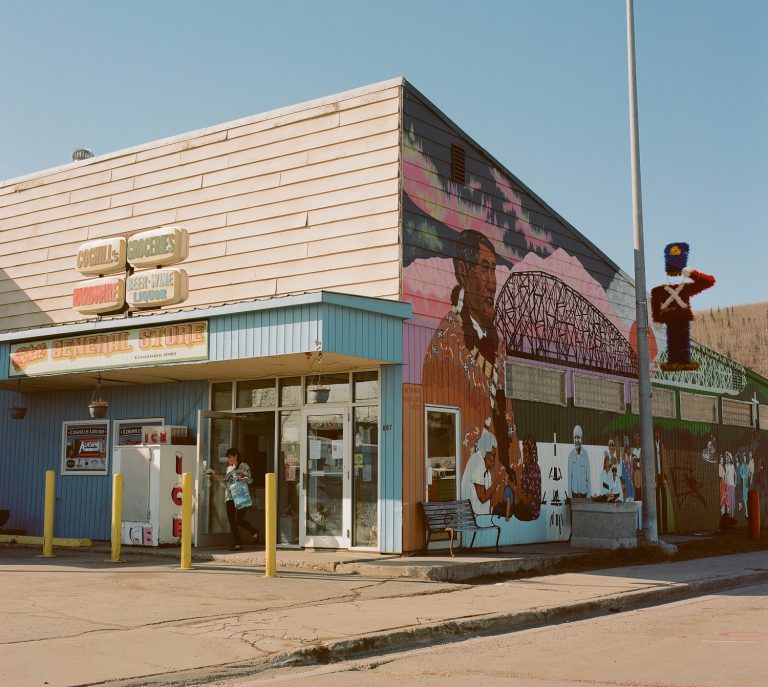 Indigenous families that depend on traditional foods, such as salmon and moose, have to contend with rapidly shifting ecosystems and declining wild food sources, largely due, according to Indigenous leaders as well as several studies, to climate change. Perhaps the biggest food challenge is the dizzying system of joint wildlife management among Alaskan tribes and the state and federal governments. In 2020, the Inuit Circumpolar Council reported that Alaskan Inuit “recognized the lack of decision-making power and management authority to be the greatest threat to Inuit food security.” Last summer, during a pandemic-related food crisis, the Tlingit village of Kake had to get federal approval before tribal members could hunt on the land around their community, as High Country News reported.

“This is work that has to be done by us, by people in the community, not from the outside.”

Despite the clear and unique obstacles to food security for many families, a 2018 review in the International Journal of Circumpolar Health found that “studies that estimate the prevalence of food insecurity in remote Alaska Native communities … are virtually absent from the literature.” The limited and outdated data available indicates that about 19 percent of the Alaska Native population — 25 percent in rural areas — experiences food insecurity, compared to 10.5 percent of the total population nationwide, according to the USDA.

Burk is not the first to look to growing food locally as a solution. Over the last two decades, several Indigenous-led agricultural projects have emerged across Alaska. Burk’s vision, however, is particularly ambitious: In addition to building community gardens and year-round greenhouses, she wants to form a statewide network of Indigenous farmers. 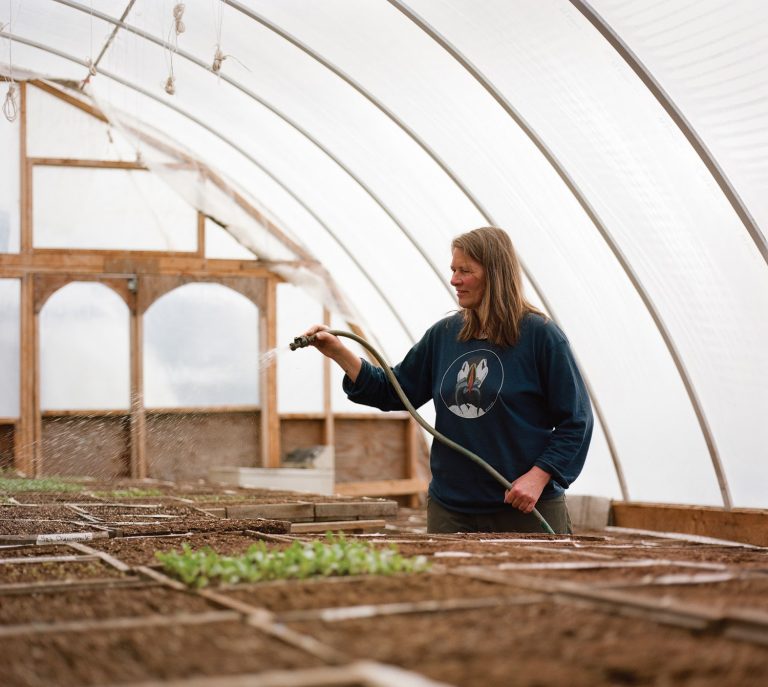 In late April, Burk met with Deenaalee Hodgdon and Calypso Farm staff on a sunny deck at the farm, just yards from swarms of bees delivering pollen to their hungry hive. Hodgdon, 25, founder of On the Land Media, a podcast that centers Indigenous relationships with land, is collaborating with Burk and Calypso on the farmer training initiative.

Hodgdon, who is Deg Xit’an, Sugpiaq, and Yupik, worked at Calypso as a farmhand for a summer after sixth grade. Calypso provided them a new language for working with the land. At one point during the meeting, Hodgdon motioned toward the farmland and said, “This could literally feed a lot of our villages in Alaska.”

Burk’s first target is Nenana, her hometown, where she is working with the tribal office, Native corporation, and city government to implement a community-run biomass-heated greenhouse. 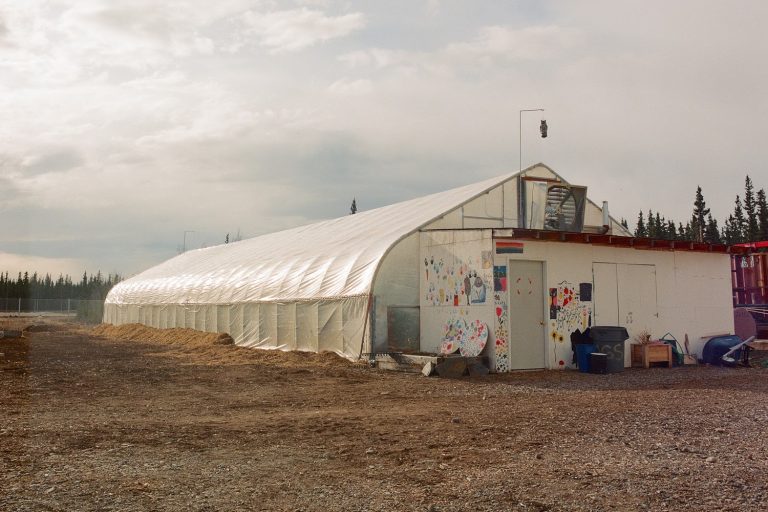 The project was inspired by a wood-fueled energy system and heated greenhouse built almost a decade ago in Tok, about a four-hour drive southeast of Nenana. Many Alaskan towns have productive gardens. The growing season lasts barely 100 days, however, and only a handful have year-round growing capacity. The Tok School came up with a clever solution: The facility is powered by a massive wood boiler and steam engine, and the excess heat is piped into the greenhouse. The school has a wide array of hydroponics.

Inside the greenhouse, you could easily forget you’re in Alaska. On a brisk day in late April, when the ground outside was brown and barren, dense green rows of tomato plants, lettuce, zucchini and other salad crops reached towards the 30-foot ceiling. During one week in April, when outside temperatures dropped below minus-30 degrees Fahrenheit, greenhouse manager Michele Flagen said she harvested 75 pounds of cucumbers that the students had helped plant. Altogether, the greenhouse provides fresh produce for the district’s more than 400 students.

Nenana is at least a year away from installing its biomass system, but Burk plans to begin planting a garden next spring if the greenhouse is not yet ready.

Jeri Knabe, administrative assistant at Nenana’s tribal office, loves Burk’s plan. “I can’t wait. I’m very excited,” she said. High food costs have long been a challenge for Nenana residents, she explained: “When I was growing up, we were lucky to get an orange.” 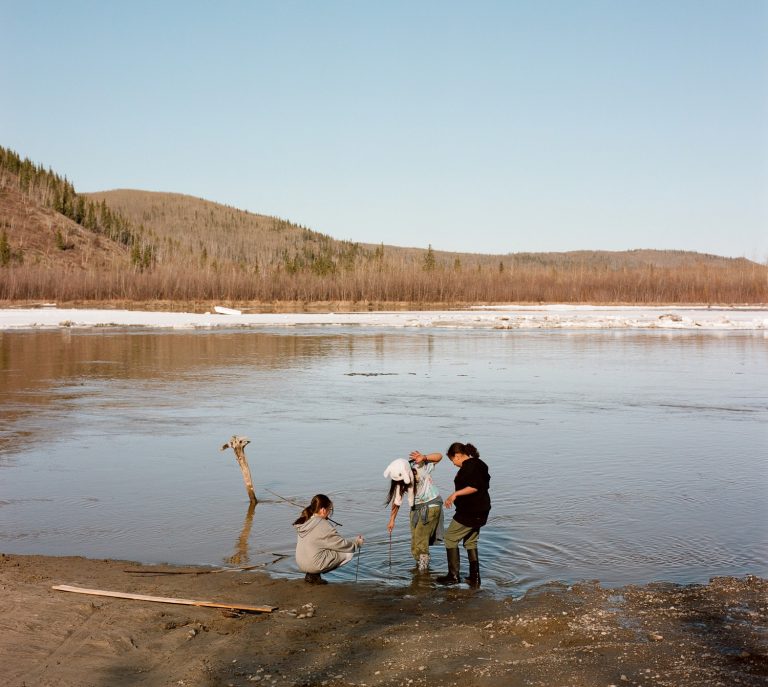 Burk and Hodgdon hope to address Native food security statewide, and local community members like Knabe are central to their initiative. During their meeting at Calypso, Burk and Hodgdon emphasized that grassroots agriculture is more than a way to feed people; it’s also another step towards tribal sovereignty and self-management. “This is work that has to be done by us, by people in the community, not from the outside,” Hodgdon said.

In August 2021, the group will host its first training program for Alaska Native gardeners at Calypso. With so many greenhouses and gardens yet to be built, Burk’s latest dream has only just begun to grow.