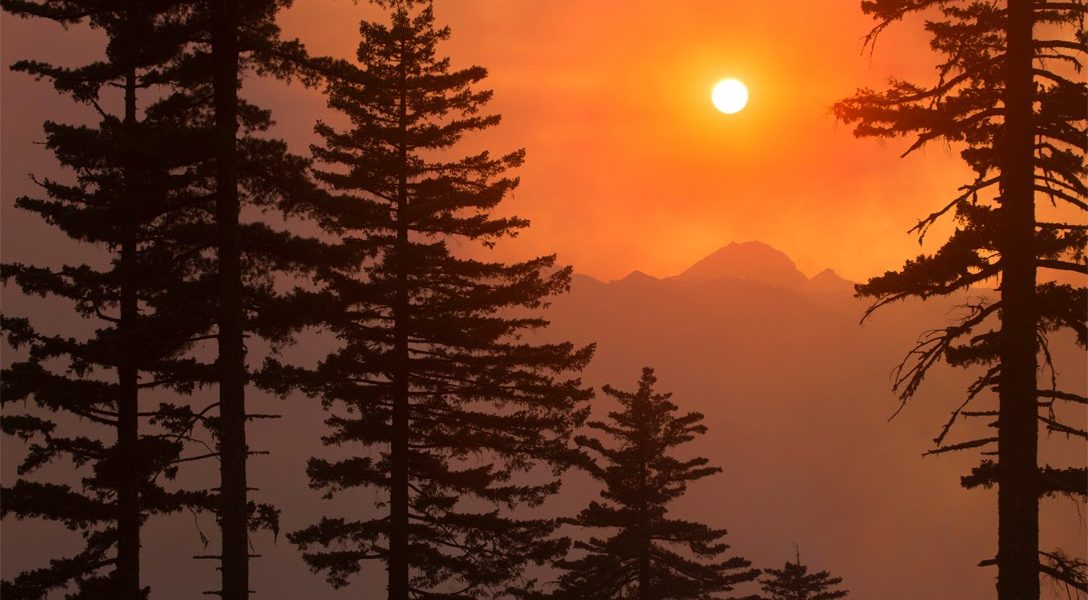 Uncontrolled fires in California, Oregon, and adjacent states have coincided with similar fires raging across Russian Siberia. Those fires are now adding to the smoke in the air over the West Coast of the US. The fires are menacing enough, but the smoke and consequent rapidly declining air quality may present an imminent danger over a much larger area than the fires themselves. The Environmental Protection Agency issues an Air Quality Index (AQI), which rates the potential hazard when air we breathe turns bad. A rating up to 100 is normal. At 150 to 200, the air becomes dangerous to anyone who is older or more sensitive, especially if the individual has lung disease or a heart condition. It goes without saying that anyone suffering from COVID-19 is at even greater risk. From an AQI of 200 to 300, everyone is at increased risk. Above 300, the entire population is considered to be in imminent danger. The air in the San Francisco Bay area recently registered an AQI value of 150 to 200. WhoWhatWhy’s Barbara Besser was on the spot in Berkeley, CA, reporting on what it is like when the air we breathe suddenly goes bad.

The worst day yet was last Wednesday. For the first time, I spent the day in darkness. The smoke had pushed the fog down to the level of the street, and between the heavy fog and smoke, the sun couldn’t show through. Streetlights were on all day. We needed to keep the lights on in our home. It was night. The apocalypse had arrived. I thought to myself: This is not a world I want to live in.

Waking up Thursday morning I wondered, I hoped, that the sun would provide light; and it did. But then the AQI, the Air Quality Index, showed something much different. It had risen to over 200, higher than we had seen it ever before. It meant that I was still locked inside.

During COVID, my salvation had been spending two hours a day outside. Now I couldn’t even do that. As it continued, I decided to use the one N95 mask that I had been saving to go for short walks when the air is between 150-200.

My first exposure to living the effects of wildfires had been in the fall of 2017, when fires burned through many neighborhoods in the city of Santa Rosa. My cousin and her partner came to stay with us in Berkeley for five days after giving their apartment to a friend, who had evacuated with his two cats.

Even though we lived 50 miles from Santa Rosa, we found ash from the fires on our cars. We learned that N95 masks were the only protection for our lungs. My neighbors suggested we buy an air filter to use inside the house.

One year later, in 2018, a close friend living in Chico, CA, witnessed the deadly Paradise fire which killed at least 85 people. This became the deciding moment for her to move to a “safer” area. Several months later, she moved to Walnut Creek, CA. Now her life is no longer threatened by fire, but it is compromised by the smoke. She has asthma.

Right now, I am focused on a short-term future. I hope that I will be able to go back to my two hours per day outside, which ideally will happen later this week. On a deeper level, I know that the fire season in California has not even officially started yet. My adjustments to this new life will not be temporary.

As if COVID wasn’t demanding enough, here in the San Francisco Bay Area we have had to adjust to an added layer of change. The “AQI” determines my daily and sometimes hourly decisions. Conversations and texts exchanged among friends and family are about AQI: whether they can go out of the house at all, and what air quality website they think is the most accurate. Then there’s the discussion of whether it’s alright to go out walking, based on your mental versus physical health. I use the website AIRNOW.gov, which I check multiple times per day as it changes. The rest is anybody’s guess.