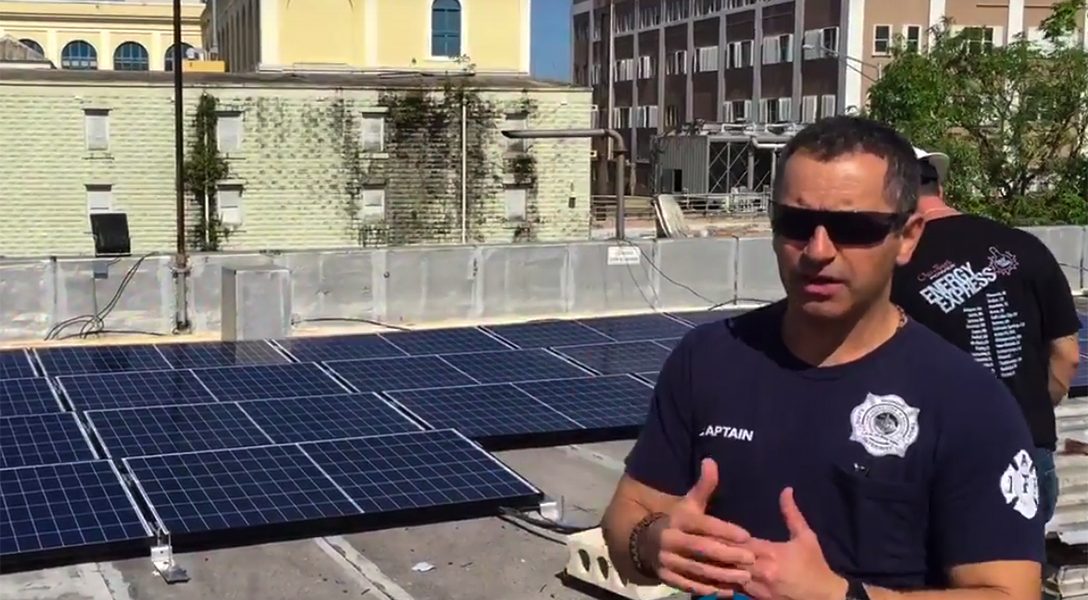 When the power went out in Puerto Rico in April, the lights remained on in a handful of fire stations. Why did they have power? They relied on solar energy as part of an initiative that seeks to better prepare the island for emergencies by making critical infrastructure more resilient — particularly in the aftermath of Hurricane Maria.

Access to power isn’t something nice to have after a hurricane. It can be a matter of life and death.

Earlier this week a study found that more than 4,600 deaths in Puerto Rico can be attributed to Hurricane Maria, which hit the island in October of 2017 — a sharp contrast to Trump administration estimates of below 100. Many of these deaths are attributed to a lack of access to electricity.

The study again highlighted the US government’s lack of effort to aid Puerto Rico during this crisis, a charge echoed by Puerto Rican representatives who traveled to Capitol Hill earlier this year to lobby for statehood for the island. (The island has been a US territory since the end of the Spanish-American war in 1898.) The deadly debacle also emphasizes the cash-strapped island’s need for critical infrastructure upgrades, a problem hotly debated for years before the storm.

Following the April 2018 power outage, WhoWhatWhy writer Kirsty Vitarelli reported on the “nearsighted” policies that prevent the island’s infrastructure from getting a long-overdue overhaul, noting the government has yet to employ incentives found in many other states for citizens to adopt renewable energy.

But there is at least one beacon of progress.

The fire station initiative is spearheaded by Empowered By Light, an organization that brings solar energy projects to developing or distraught nations. It aims to promote the use of clean, sustainable energy that can help preserve the ecosystem of developing nations while also providing a reliable source of power. In 2011, the group launched its first project, helping bring power to schools in remote regions of Zambia.

More recently, the organization has been building solar energy and energy storage systems for Puerto Rico’s fire stations. When current plans are completed, eight  of the island’s stations (still less than 10 per cent of the total) will be equipped to capture solar energy to power their own operations; any excess energy collected will be stored in each station’s Tesla Powerwall, a small battery unit designed for residential, solar-power storage. The units are less than 4 by 3 feet in dimension, touted to be weatherproof and stackable (the number of units needed will depend on the size of the building). According to Tesla, one charged battery can run an 1100-square-foot home for several days off-grid with the help of solar energy, or for about one day without solar power.

These fire stations could be of crucial importance this year and in the future. The 2018 hurricane season officially starts Friday and the US territory is still dealing with fallout from Hurricane Maria, which completely devastated the island a year ago.

The impact of Hurricane Maria clearly demonstrated the importance of a functioning emergency infrastructure that allows first responders to react to disasters. Shortly after Maria made landfall, the island’s entire electrical grid was destroyed. Without power, many of the rescue and emergency efforts were stymied, leaving much of the population in the dark and without access to clean water; this almost certainly led to greater loss of life.

It is estimated that close to 14,000 Puerto Ricans are still without power as they get ready to face another potentially devastating storm season.