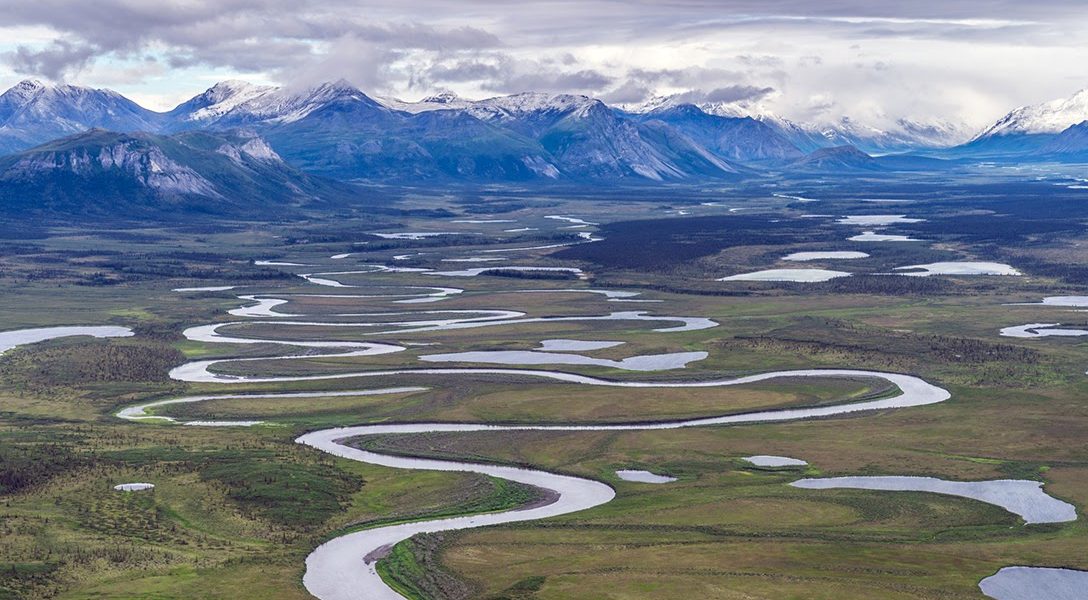 In its last days, the Trump administration is scrambling to make good on a much touted promise to the oil industry, preparing to sell leases in northeastern Alaska’s Arctic Coastal Plain. That promise may not be delivered: President-elect Joe Biden opposes oil development on the plain, and could soon join environmental and Native American groups, along with 15 states, that are already racing to stop the last-minute move.

The Bureau of Land Management’s (BLM) call for nominations and comments, published Tuesday, gives interested energy companies 30 days to specify which parcels of the Coastal Plain, an area of 1.6 million acres within the Arctic National Wildlife Refuge (ANWR), they would like to explore — and potentially drill — for oil and gas. The parcels cover almost the entire area, which is home to rich biodiversity on which some Native American tribes depend to sustain their way of life. Once the window for nominations closes, an auction must be announced 30 days before it is to be held, which means the bidding could occur mere days before Biden’s inauguration.

There’s no guarantee, just yet, that the leases will be finalized and the property turned over. “Typically it takes several weeks to process bids and actually award leases to the high bidders after an auction because BLM has to run anti-trust screenings and other legal reviews,” said Kate Glover, staff attorney at the Alaska office of Earthjustice. Given the anticipated timeline, Biden’s Department of the Interior, not Trump’s, would be responsible for those legal reviews. And Biden’s climate plan calls for protecting the refuge and banning any new permits for oil exploration on public land and water.

Awarded or not, leases would likely not pass legal muster if the entire oil and natural gas leasing program were deemed unlawful to begin with. Leading environmental advocacy groups and members of the Gwich’in people, whose culture depends on the health of Porcupine caribou herds calving every year on the Coastal Plain, are suing in federal court to shut down the program for its failure to consider the “best available science, the impacts … on designated critical habitat, and the contribution … to climate change.”

These accusations are echoed in a lawsuit brought by 15 states charging that the Department of the Interior’s “actions severely underestimate the avoidable and irreparable damage to vital habitat and pristine waters, imperil wildlife already struggling to thrive in a rapidly changing ecosystem, and increase greenhouse gas emissions at a time when our nation and the world drastically need to reduce emissions to mitigate the most extreme harms of climate change.”

Another complaint brought by leading environmental groups points out that the “Coastal Plain is the biological heart of the Refuge,” providing essential “habitat to countless animals, including polar bears, caribou, and birds from all fifty states.”

Questions about the program’s legitimacy focus on the quality of its environmental impact statement, required to evaluate the effect on the health of land, wildlife, and people. In the administration’s dash to the finish line, critics argue, the Interior Department has violated a slew of environmental regulations. Eventually, the Biden administration itself could weigh in on the issue. Earthjustice’s Kate Glover notes that a determination that leases were given out unlawfully “could also be made by Biden’s team in the Justice Department as they review or respond to the lawsuits.”

Despite these legal challenges, the Trump administration doesn’t hesitate to remind critics that the leasing program is anchored in Congressional mandate. Chad Padgett, the BLM’s state director for Alaska, points out that the “call for nominations brings us one step closer to holding an historic first Coastal Plain lease sale, satisfying the directive of Congress in the 2017 Tax Cuts and Jobs Act and advancing this administration’s policy of energy independence.”

The provisions were shoehorned in as a rider mandate that two lease sales covering at least 400,000 acres each be made within seven years, the first one being due by the end of 2021. Votes in the Republican-controlled Senate fell along party lines, with Alaska Sen. Lisa Murkowski agreeing to vote for the tax bill only if it included the leasing program. The tax bill also addressed a more fundamental issue: it redefined the purpose for which the refuge had been created — “preserving unique wildlife, wilderness and recreational values” — by adding that the refuge is meant to “provide for an oil and gas program on the Coastal Plain.”

To the public the leasing program was, and still is, advertised as advancing US energy independence and creating industry jobs. To Murkowski, it promises additional investment from oil field companies that was, and still is, desperately needed to balance Alaska’s budget. Without sales tax or state income tax, Alaska is dependent on oil revenues to cover more than 90 percent of the fund it uses for discretionary spending. Until recently it ran a tax credit program meant to attract industry by partially offsetting the costs of oil exploration. The prolonged drop in oil prices after the 2015 fracking boom scaled back revenue and prompted Alaska to discontinue part of the program, leaving $1 billion of outstanding tax credit claims to be dealt with.

Coincidentally, sales from leases were projected to bring in roughly that amount, a claim that has since been challenged by the nonpartisan budget watchdog group Taxpayers for Common Sense. Based on comparable sales in the region over the last few decades, the group estimates that leases in the Coastal Plain will fall short of the touted billion dollars and instead bring in closer to $21 million, “even when using pie in the sky projections.” Just how profitable any of the parcels will be is unclear. Interested parties are flying almost blind as they try to guess how much and where oil is scattered throughout the Coastal Plain. The most recent seismic tests, estimating up to 11.8 billion barrels of technically recoverable oil, are already 35 years old. The only exploratory oil well actually drilled in the area, called KIC-1, turned out to be dry. A renewed effort to conduct seismic exploration on parts of the Coastal Plain is currently under environmental review, but similar efforts were stymied in the past due to concern about endangered polar bears. Even if greenlighted, results would not be available until well after the anticipated auction date.

If the roadblocks set up by Native American tribes, environmental groups, and the incoming Biden administration don’t do the trick, banks could play a role. They’ve caught on to the harsh realities of the Arctic, which is not only a technically difficult and expensive terrain to navigate, but also showcases the impact of climate change.

“Major banks have started to recognize that funding fossil fuel development in the Coastal Plain is not a responsible investment because of its climate implications and are declining to fund oil and gas activities on the Coastal Plain,” Glover says, referring to banking giants including JPMorgan Chase, Wells Fargo, Goldman Sachs, Morgan Stanley, and Citigroup. “It’s time for oil companies to come to the same recognition.”