Amazonian Birds Are Shrinking in Response to Climate Change

This story written by Sibélia Zanon and translated by Roberto Cataldo originally appeared in Mongabay and is republished here as part of Covering Climate Now, a global journalism collaboration strengthening coverage of the climate story.

The canary in the coal mine for how climate change is affecting the treasure trove of biodiversity in the Amazon is… also a bird. Dozens of them, in fact, according to a new study that shows the changing climate is actually shrinking their bodies and elongating their wings.

“Our findings show that man-made climate change, and therefore individual lifestyles of people around the world, manifests itself in something as fundamental as the body size and shape of birds in intact Amazon forest,” says study lead author Vitek Jirinec, a biologist with Brazil’s National Institute for Amazonian Research (INPA). “These results underscore the global part of climate change.”

The study, published in the journal Science and presented at the COP26 climate summit in Glasgow, Scotland, in November, looks at how 77 Amazonian bird species have evolved to the changing climate over the past four decades. Birds are effective indicators of environmental changes, Jirinec says.

“Mammals usually have night habits and live sheltered, for example, in burrows. Birds are exposed to the elements. Additionally, they are relatively easy to observe and measure,” he says. 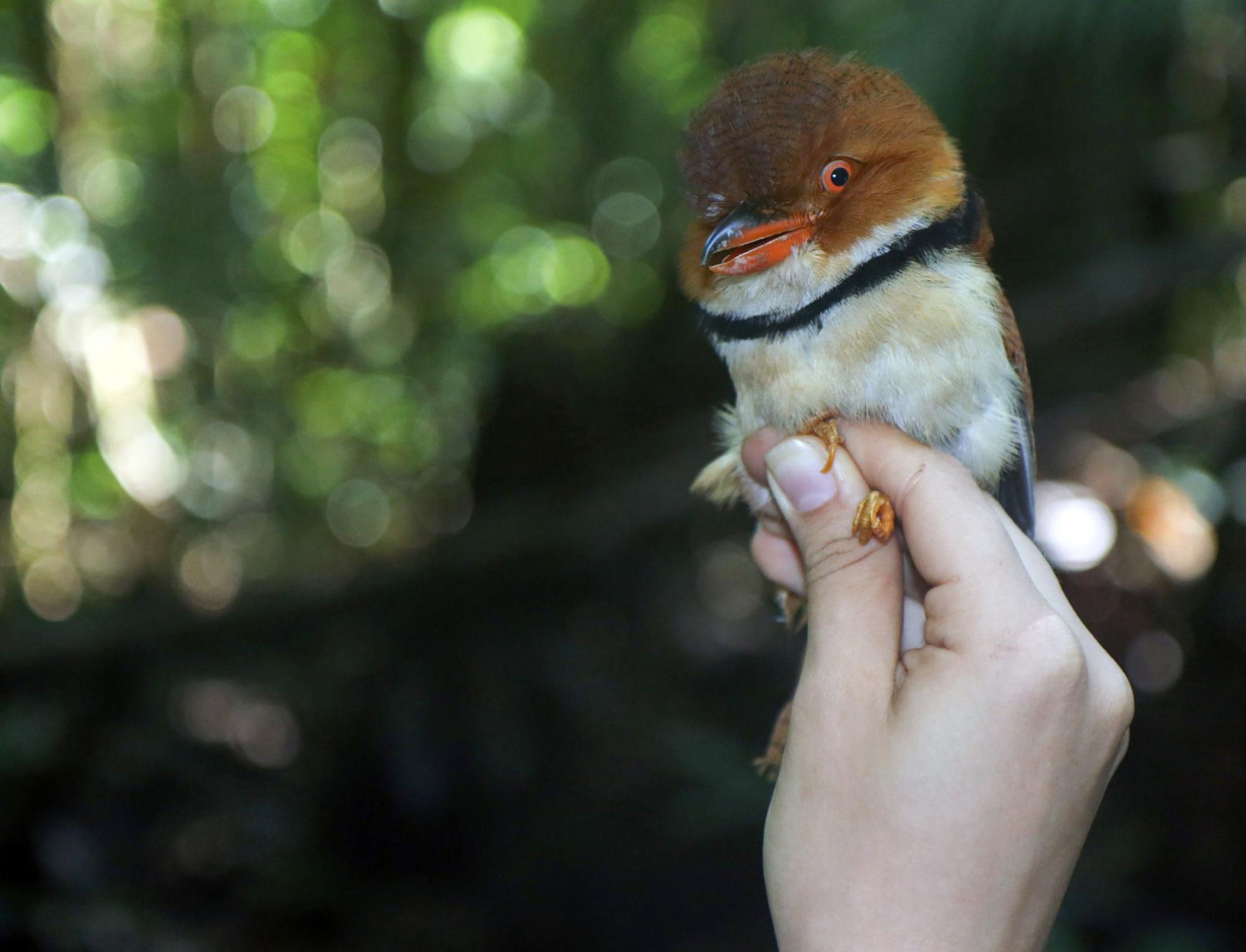 For their study, Jirinec and his fellow researchers relied on a wealth of data gathered from one of the world’s longest continuously running research initiatives: the Biological Dynamics of Forest Fragments Project (BDFFP) begun in 1979 by renowned conservationist Thomas Lovejoy, a co-author of the recent study.

At the project site, a four-hour drive from Manaus, the capital of the state of Amazonas, the researchers set up mist nets — very thin, 12 meters (40 feet) long — to capture birds. They then collected as much data as they could about each bird: measuring more than 11,000 of them and weighing nearly 15,000; assessing their age; and tagging them before releasing them back into the same 4,100-hectare (10,100-acre) area of preserved rainforest. 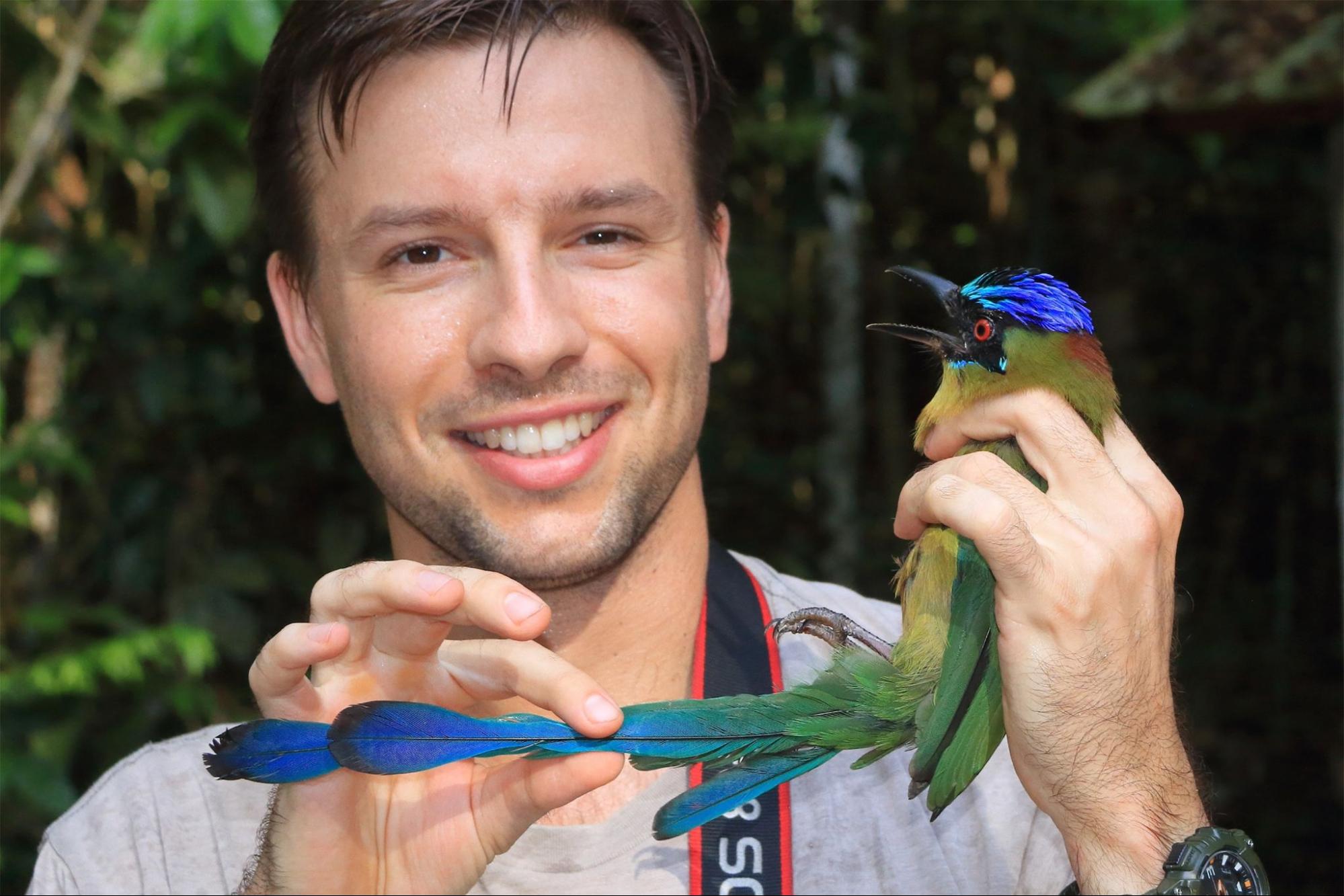 “The project has been [tagging] birds for 40 years, and I took part in different studies for four years, assessing several aspects related to birds,” says study co-author Bruna Amaral, a biologist at INPA and master’s student in ecology at Penn State University in the US. “Several generations of researchers have already worked on the bird project, and this is very difficult to achieve.”

Armed with their newly gathered data and the historical records made over the past 40 years, Jirinec, Amaral, and the other researchers then set to work analyzing the 77 species of non-migratory birds that live in the forest’s understory, or within 2 meters (6 feet) of the ground.

Their key finding: On average, the body mass of all the species they analyzed had decreased since 1980, with 36 of them having lost almost 2 percent of their body weight per decade. At the same time, 61 of the 77 species saw an increase in wing length.

“It’s 2 percent per decade and it doesn’t seem much, but in the scale of these birds, it’s a very big change and it’s a long-term change,” Amaral says. “As little as it looks, it is very hard to reverse it.”

The study also established the relationship between body mass and wing length to understand the general changes in the birds’ morphology and their aptitude for flying. Longer wings on lighter bodies mean less energy expended to fly. The conclusion was that changes in the climate are responsible for the physical changes to the birds’ bodies. 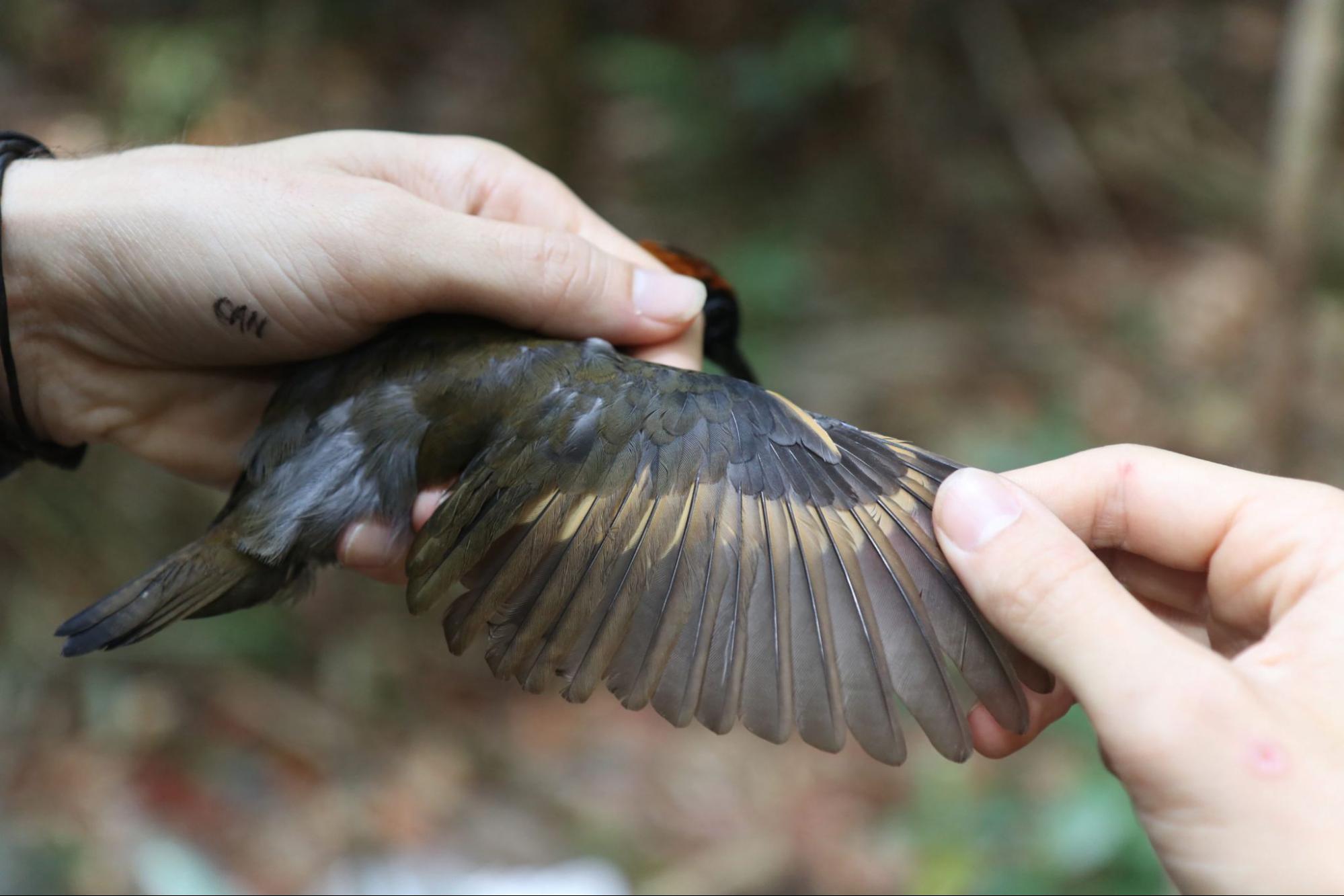 Even in the case of a primary forest area like the BDFFP study site, which doesn’t face pressure from deforestation, climate change has already made its mark. Data going back to 1966 show that the average temperature here since then has increased by 1 degree Celsius (1.8 degrees Fahrenheit) in the wet season and 1.6 C (2.9 F) in the dry season.

Precipitation patterns have also changed, with rainfall increasing by 13 percent during the wet season and decreasing by 15 percent in the dry season.

Tropical birds are sensitive to environmental changes, unlike birds in temperate regions that experience extreme swings from summer to winter. To cope with the tropical heat, they use water to regulate their body temperature — their late-afternoon baths in streams aren’t just for leisure; they’re also a matter of health.

Changes in precipitation, leading to less predictable rainfall and food availability, contribute to the stress that the birds experience. The evolutionary response to this is to go light — and that seems to have been the birds’ strategy. 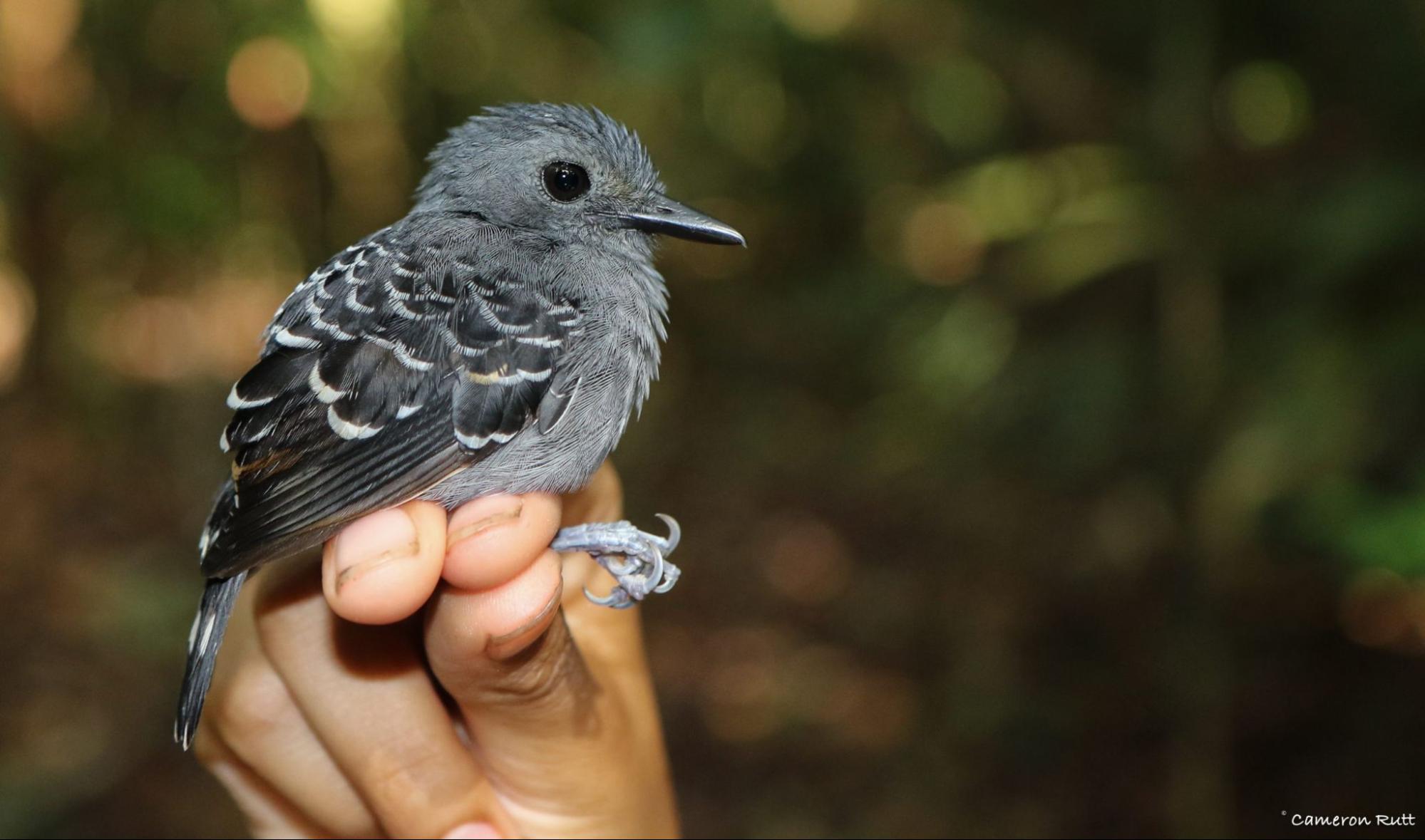 The common scale-backed antbird (Willisornis poecilinotus) has lost 1 percent of its body mass per decade on average in the last 40 years. Photo credit: Cameron Rutt / Mongabay

“Not being able to predict the amount of resources they will have leads the birds to try to preserve themselves by saving as much as possible,” Amaral says. “When you don’t have predictable access to resources, the strategy you have is to minimize the energy you use: eat less, get smaller, produce less heat.”

Climate change is widely thought to pose the greatest risk of extinction to birds in South America, forcing them to adapt quickly or suffer from increasingly hostile conditions. A 2020 study, co-authored by most of the same researchers as the recent paper, details the decrease in the populations of several bird species as a result of climate change.

“The big challenge is to see how you turn this type of data or result into conservation, into public policies,” Amaral says. “We are accumulating a lot of knowledge, but we are not able to apply that knowledge to conservation in the same proportion. So it’s a little frustrating.”

During COP26, analysts showed that countries’ climate commitments to date will not be enough to cap global warming at 1.5 C (2.7 F) above pre-industrial levels by 2100.