As war and conflicts rage on in Ukraine, Yemen, South Sudan, Libya, and other places around the globe, it’s important to look at the long-term effects of military strife, which can destroy the environment as easily as it destroys lives.

Here are 10 of the most dangerous ways war affects the animals and plants around us — many of which also harm humans in the process.

The military may aim at people and infrastructure, but other life gets in the way. This can be hard to track, but a study published in Nature in 2018 found that even a one-year conflict can cause local wildlife populations to crash. And a 2013 paper from PLOS ONE speculated that the Barbary lion may have gone extinct when its last forest refuge was destroyed during the 1958 French-Algerian War.

Heavy metals like lead can stay in the environment long after a bullet has been fired or a bomb exploded. Chemical agents like herbicides (often used in war to defoliate forested hideouts) can harm a wide range of species, either immediately or for decades after. The use of Agent Orange in Vietnam contaminated the soil for generations, affecting fish and birds before traveling up the food chain to humans. 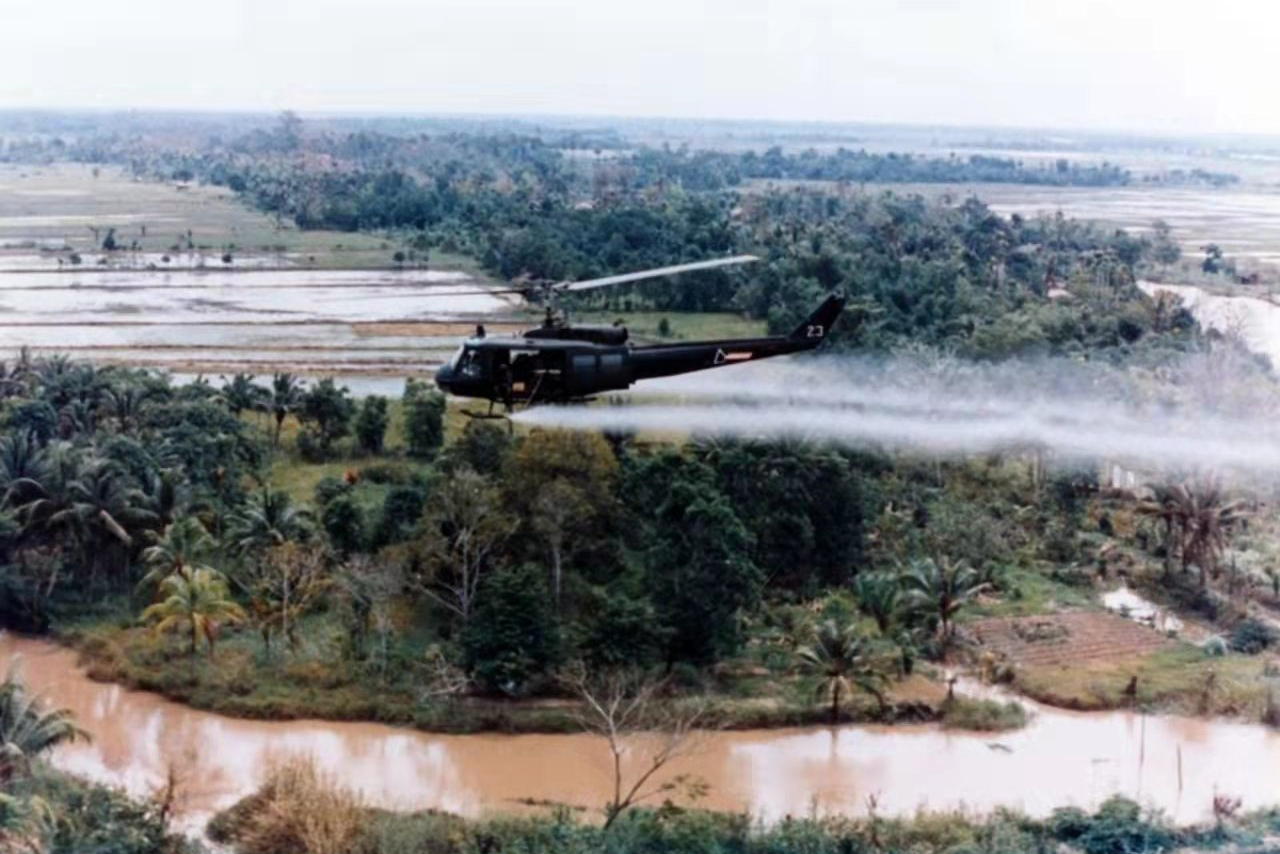 A US helicopter sprays Agent Orange in Vietnam, 1963. Photo credit: US Army / Wikimedia

Other damage can come from what gets destroyed during war. We see that on display in Ukraine right now, as hundreds of experts and organizations expressed their concerns on March 3 in an open letter released through the Environmental Peacebuilding Association (EnPAx): “Russia’s military operations in a heavily industrialized, densely populated nation containing numerous refineries, chemical plants, and metallurgical facilities further compounds the threat of these hostilities for Ukraine’s people and their environment, both now and for years to come.”

Those explosions, fighter jets, tanks, and other weapons of war don’t have to hit you to hurt you. Firearms, missiles, and vehicles make a lot of noise. This constant cacophony can disrupt the patterns of wild animals, affecting sleep, migration, and the ability to hear and track prey. A 2016 study I covered for Audubon magazine found that owls could not hear their prey when man-made sound levels reached just 61 decibels. Many military rifles, by comparison, produce noise at around 150 decibels — and that’s quiet compared to some weapons or vehicles.

How would your home fare after a line of tanks rolled through your front yard? Not well, I presume.

And that’s true in war. A 2002 paper published in Conservation Biology documented the environmental damage from conflicts between 1961 and 2000, including deforestation, erosion, encroachment on wildlife reserves, pollution, oil spills, marshland drainage, the release of invasive species, and more. The authors described many of these conditions as “severe.” Some nations have never recovered. 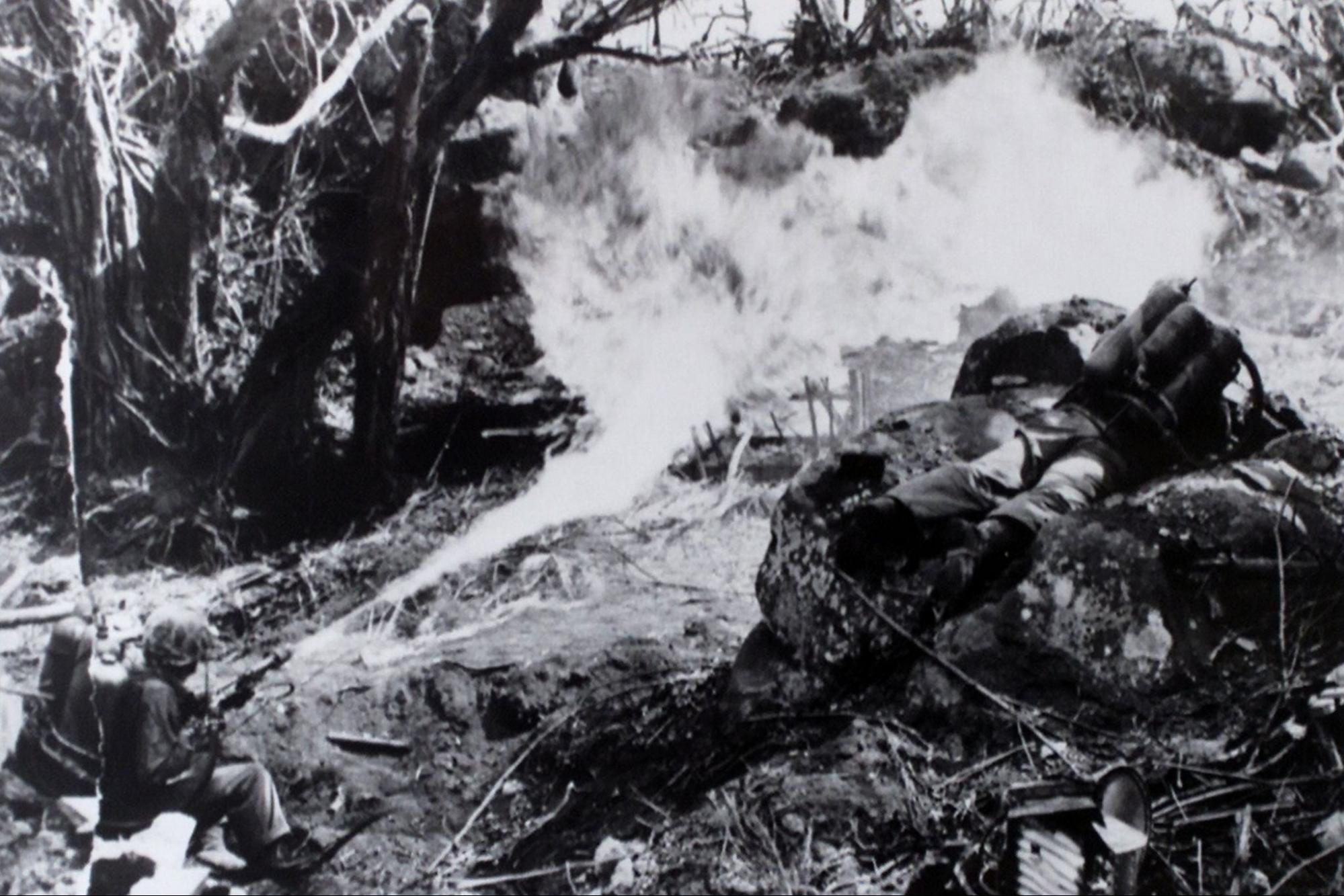 Marines using a flamethrower to clear a path through what was once a thick jungle in Tarawa in 1943. Photo credit: US Marines / Wikimedia

5. Poaching, subsistence hunting, firewood collection, and other ways of “living off the land” by hungry soldiers, locals, and refugees

An army travels on its stomach — and, as we’re seeing in Russia’s invasion of Ukraine, those soldiers aren’t always well-fed, either through lack of planning or supply chain disruptions. This can cause … problems. During World War II, stranded and starving Japanese soldiers ate a flightless bird called the Wake Island rail out of existence. Wars have also caused widely documented declines in elephants, gorillas, bonobos, a range of ungulates, and hundreds of other species.

Let’s say those hungry soldiers eat all the local herbivores — what happens to the ecosystem after they’re gone?

In Gorongosa National Park, the disappearance of elephants and other large vegetation-eating species during the 1977-1992 Mozambican Civil War resulted in a 34 percent increase in tree cover, according to a 2015 study published in the Journal of Ecology. This might seem like a good thing, but as the authors wrote, it’s a sign of an ecosystem out of balance:

Woody encroachment is a significant conservation and management concern in savannas, grasslands, and rangelands where it threatens native herbaceous plant species and the animals and ecosystem processes that depend on them. Further tree-cover expansion in Gorongosa could inhibit recolonization of some areas by species that prefer open habitats (including buffalo, wildebeest, and zebra).

Who will help species in need if trained and experienced professionals are killed or displaced? In 2012 efforts to conserve the okapi (a giraffe relative that looks like a cross between a zebra and a horse) suffered a devastating setback when a militia attack killed six people at the Okapi Conservation Project in the Democratic Republic of the Congo (DRC). The rebels also killed all 14 of the project’s resident okapi, burned buildings, and looted supplies. 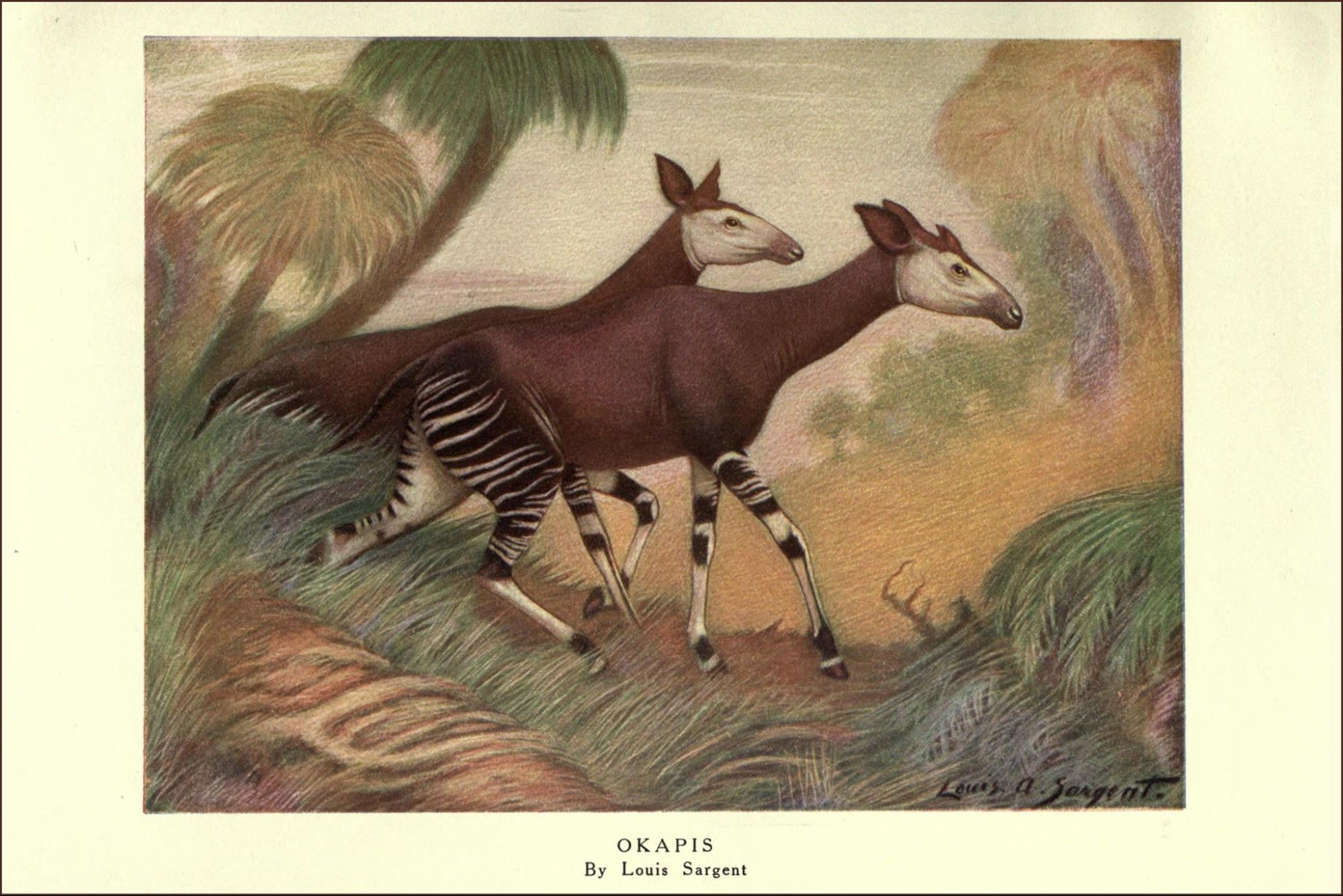 More recently, six rangers protecting the DRC’s famous mountain gorillas were ambushed and killed last year by the Mai-Mai militia group — one of many such attacks. The Thin Green Line Foundation, which supports wildlife rangers, estimates that 100 rangers are murdered every year on average.

As wartimes threaten these conservation personnel, they become evermore important, as the authors of the 2002 Conservation Biology paper wrote:

It is local conservationists and field staff who must maintain continuity of presence during periods of political instability, establish lines of communication with local government officials and military administrators in rapidly shifting political landscapes, and provide much-needed material and moral support to besieged reserve personnel in regions beset by war and civil conflict. In instances where government institutions have been overthrown or ceased to function, local nongovernmental organizations and conservationists can help maintain continuity in conservation programs.

War has long been a breeding ground for disease (and the advent of bioweapons makes things even worse). Just last week, health experts warned that the invasion of Ukraine could speed the spread of COVID-19 and other diseases. Historical wildlife disease outbreaks documented during wartime include rinderpest, anthrax, rabies, human monkeypox, bubonic plague, and foot-and-mouth disease. Many of these diseases either directly threatened people or pushed them further toward starvation.

Too many wars have been fought over gold, oil, or other lucrative natural resources. War also makes illegal extraction easier, whether it’s mining in conflict zones or poaching in lawless zones. The militia that attacked the Okapi Conservation Center in 2012 was retaliating against efforts to restrict their illegal ivory trading and gold mining.

There’s another angle to this, of course: Oil and gas extraction are the heart of the Ukraine conflict, and that’s just making climate change worse. How many more conflicts over food, water, and other scarce resources will this fuel in the future?

If you’re busy fighting for your survival, patrolling for poachers or polluters is the least of your worries. Meanwhile, death, exhaustion, and trauma take their toll at every level of society.

Those are probably the biggest messages of the 2002 Conservation Biology paper, which should ring true in this time of war two decades later.

And the effects, the authors warned, won’t be short term. War causes scarcity, which furthers social and political conflict, which begets more war. The loss of wildlife can have cascading environmental consequences, ranging from extinctions to outbreaks of disease and invasive species. Opportunistic corporations and criminals use the cover of war to increase their environmentally destructive activities. Conservation funding gets shifted to military and police operations — perhaps permanently. Wartime disruptions to sanitation and medical infrastructure can cause long-term epidemics, while destruction of waste facilities or oil, gas, or nuclear operations can poison the landscape for generations.

So can the human trauma of war. Just ask the millions of people fleeing Ukraine today, many of whom are descendants of refugees of earlier wars and already carry their ancestors’ stories in their hearts, minds, history, and culture.

John R. Platt is the editor of The Revelator. An award-winning environmental journalist, his work has appeared in Scientific American, Audubon, Motherboard, and numerous other magazines and publications. His “Extinction Countdown” column has run continuously since 2004 and has covered news and science related to more than 1,000 endangered species. He is a member of the Society of Environmental Journalists and the National Association of Science Writers. John lives on the outskirts of Portland, OR, where he finds himself surrounded by animals and cartoonists.