A day after the BBC press office said “a video carrying its branding which claims that last week’s missile attack on a railway station was carried out by Ukraine is a fake,” Russian-backed media outlets continue to push the lie.

The pro-Russia Telegram page U_G_M, which has 15,866 subscribers, recently posted a “BBC” report that Ukraine bombed the Kramatorsk train station, a lie that the Kremin has been pushing since the atrocity occured on April 8. The footage has subsequently aired on Russian state television.

“Fathers, what a shame!” the Telegram post reads. “The BBC states openly that the massacre at the Kramatorsk train station was committed by Ukraine.”

The post, which was viewed 9,600 times within hours of being posted, includes five clips from the fake video. Each clip has the BBC trademark in the upper left hand corner. A caption that accompanies the video states: “The serial number of the Tochka-U missile is identical to the series of missiles from the arsenal of the 13th AFU missile brigade. The same type of missiles and the same serial number were previously fired by the Ukraine army at the cities of Khartsyzsk, Logvinovo, Berdyansk, and Melitopol.” 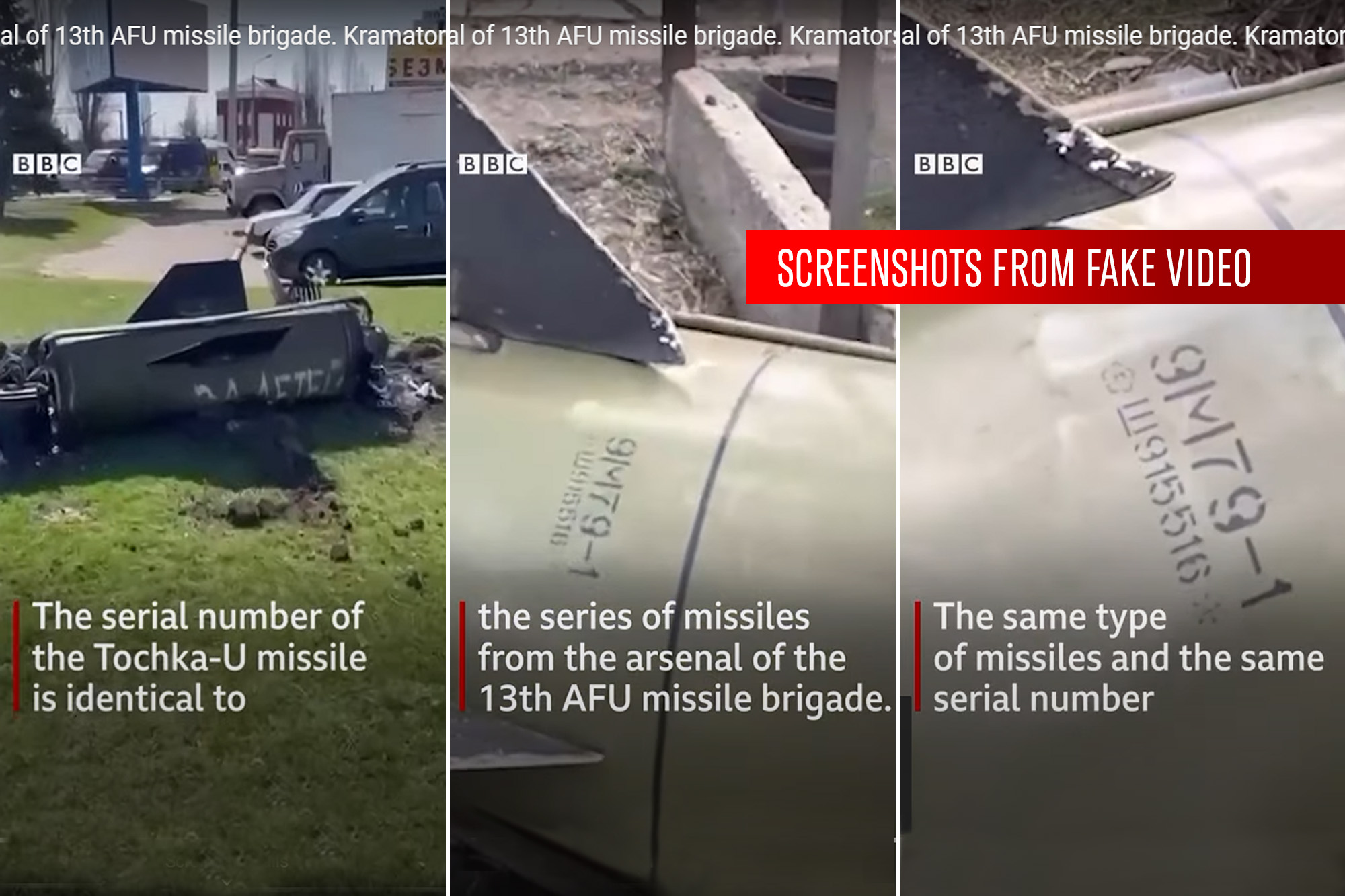 The BBC press office said that the video and report are fake: “We are aware of a fake video with BBC News branding suggesting Ukraine was responsible for last week’s missile attack on Kramatorsk train station. The BBC is taking action to have the video removed. We urge people not to share it and to check stories on the BBC News website.”

On April 8, thousands of people were waiting for trains to evacuate from the war zone when Russian rockets struck the station and killed more than 50 people, including children.

Sean Ogden contributed to research for this story.